Wyatt - thanks for dusting off your hat, and also for mentioning OPEI. I knew when I typed Assoc of Power Equipment Manf, that it wasn't correct, but I didn't have a quick source for that little triangle decal with OPEI on it.

George L - I've never used any gasket material to remount the Bargman tail lights. IH didn't use anything and I recommend against using any.
Thinking thru this, if you did use one you could seal the back so no air gets thru and cause condensation to build up on the inside of the lens and mount, and cause everything to corrode.

Now, about your brakes - in your pic it sure looks like there is a lot of brake material on your pads. You should be able to wear them right down to nearly nothing. I don't have a current tractor with your H-H style brakes but if I recall both pad mounts should slide on the spacer such that they come together against the disc when you engage the brake. When you release the brake they should slide apart based on the spring force. Are yours working this way? you should have a spacer and spring on the front and rear for it to slide on.
E

Thanks Harry, by gasket I mean between the plastic and metal, I'm thinking some kind of squishy black square to prevent little scratches - see example. (I want the first scratch to be from a falling ladder or from a screwdriver my brother tosses me in the shed.)

Let me take a better picture of my brakes and post later.

Since I had free time I decided to follow Gerry's "How to" on replacing the infamous cork gasket. But his hydro wasn't ported, and mine is. I drained the Hy-Tran from the rear. Now I have some dripping out of the front of the unit which I assume must be from the hydraulic unit? Why didn't it drain down? Also, look at my photo, do you notice one nut (front) backed off all the way while the other didn't? Could it be a small bend in the tube? What should I do before I force anything?

One thing I learned in the Army Transportation Corps is brute force and ignorance will fix anything, it's just expensive. 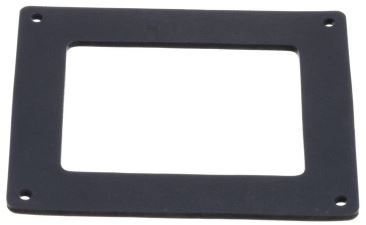 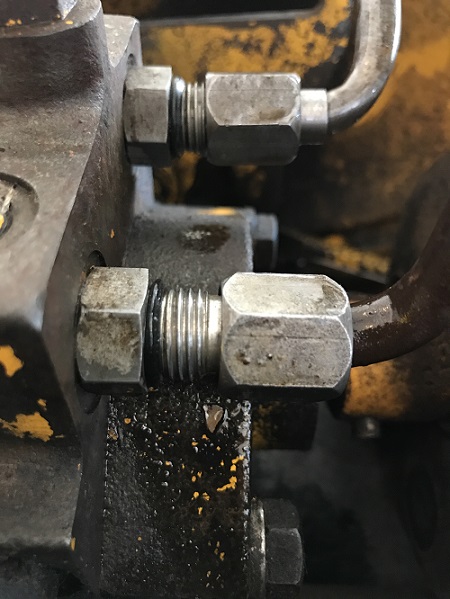 George L,tap the nut to the left a thread or so ,till you get to threads ,the bent end looks i little low ,it should clear when you move to the left looking at the photo

It's not very often I get a little excited about NOS parts that come in.
I just bought out an old Cub dealer in R.I. and 12 of these were in the lot.
For those that don't know what they are, they are NOS throttle cables for the Original!!!!! 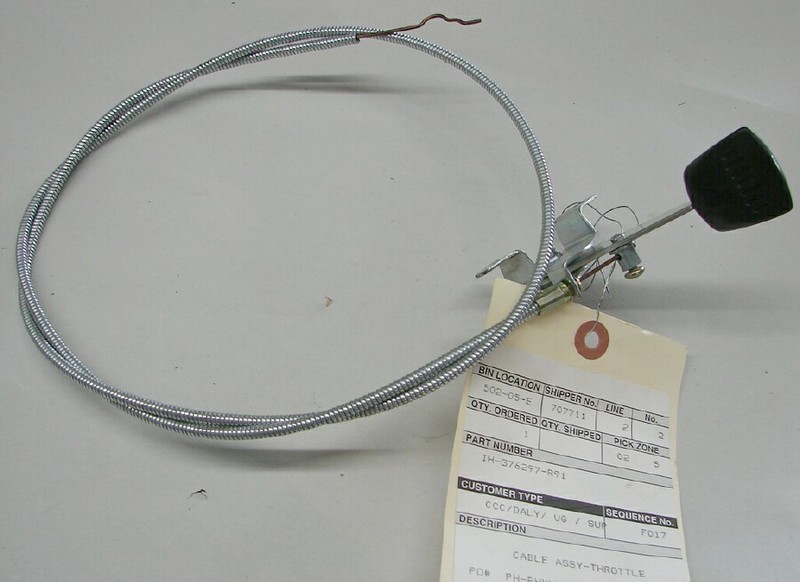 Digger ouch that's kinda close to home which cub dealer??So was playing around with my 1450 and changed out the hydro linkage because it was wiped out totally sloppy was thinking that's why the hydro was so erratic And very non responsive it moves but I have to push the speed lever all the way to the top then the tractor takes off.So I have the same deal as with the tight linkage any ideas fellas I've figured out how to feather the lever to drive it but it not right

Charlie - did you see the wire at the end of the Throttle Cable is all bent/twisted up??? I'd just return those to RI.

Harry,
There's 7 guys since I posted that pic that didn't mind the wiggle in the wire, LOL 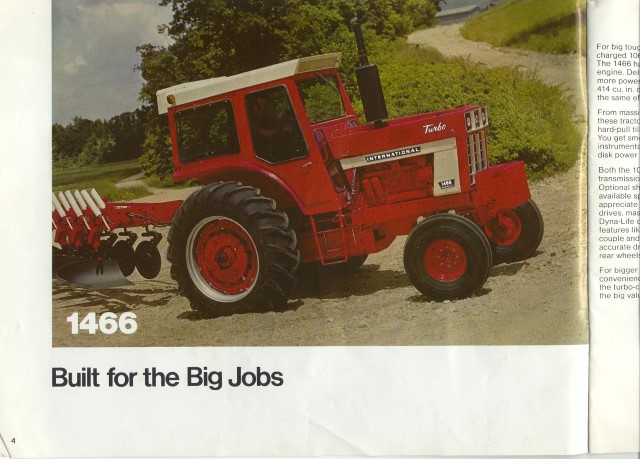 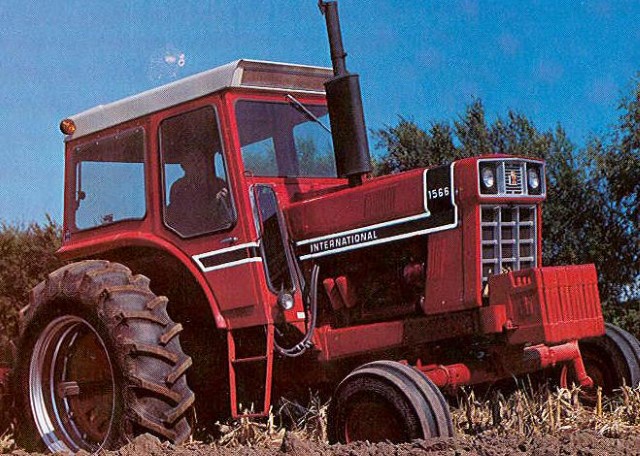 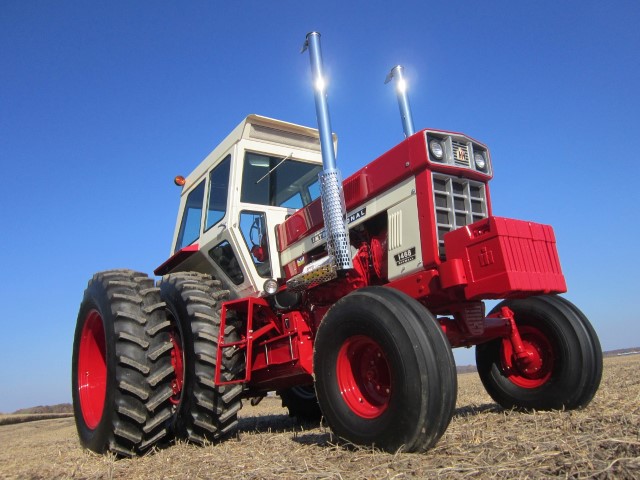 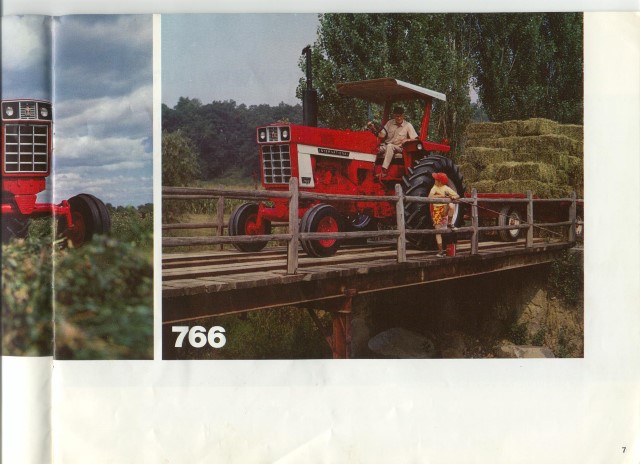 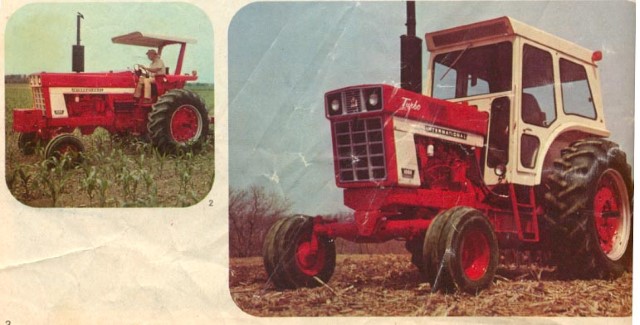 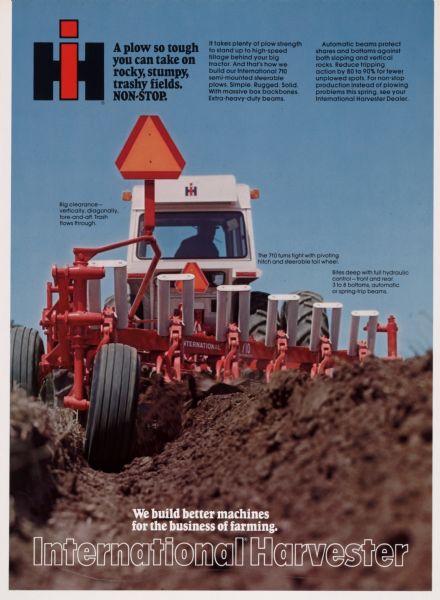 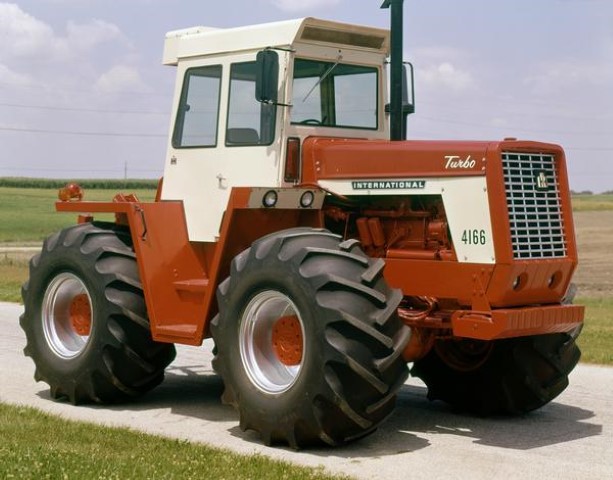 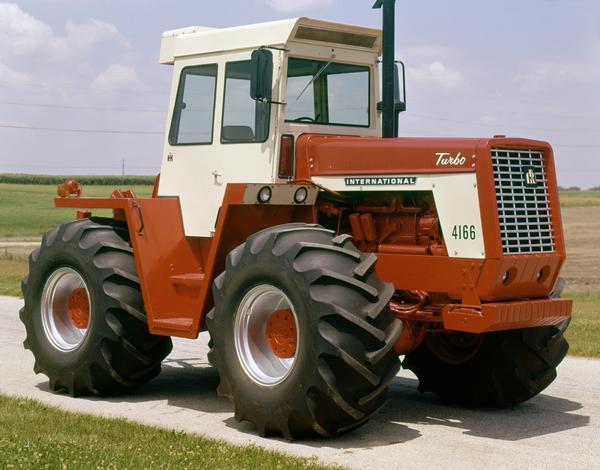 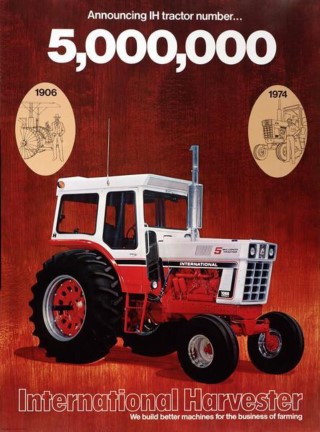 I wish my 1466 looked like that one Steve!
Maybe one day, LOL 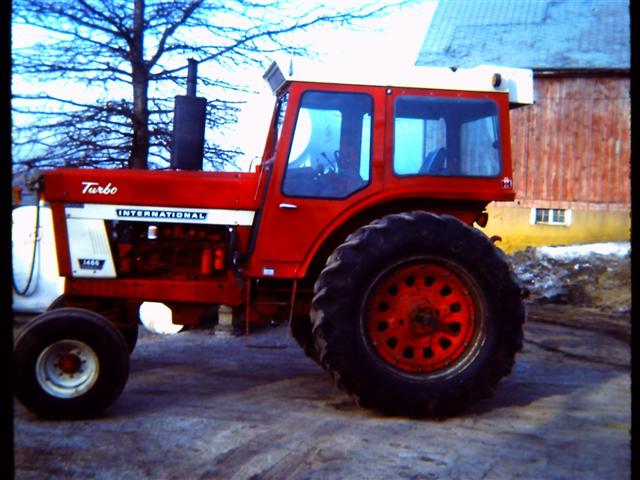 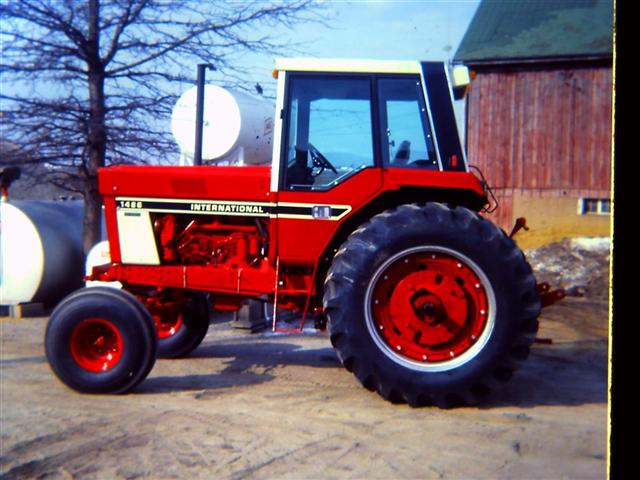 Steve, Nice pictures of the New and Old tractors there at the fuel barrel. Maybe in another 15-20 years, Little Steve, can get a picture of the 1486 there too.
I'M a bigger fan of the 66-series now than I was years ago. Like lots of tractor mfg'S, IH was having Cab confusion, red, white, Diamond like on the 1468 V-8. Think Excel made that cab for IH. It would be my first choice, open station 2nd choice.

Those automatic reset plows are something! Wyatt and I went to a Wisconsin. CHAPTER 4 PLOW DAY 15 years ago. Guy who was VP of Chapter 4 brought his 5288 FWA with a borrowed 6-bottom #735 Vari-Width plow. It could change from 14 to 22 inch cut per bottom on the go, reset mold boards. The 5288 was making 185 hp, I got to ride along for two rounds. First round me was plowing about a foot deep, hit a huge rock or stump, bottoms #3,4,&5 tripped, reset and went back in the ground at about 5 mph at full width. Guy driving didn't even know it tripped till I told him. With the huge trash clearance, no need to keep an eye on the plow with that plow, drop it in the ground, pin the tractors ears back, turn up the tunes and Go! Second round he only plowed about 8-9 inches deep but shifted up about 2 gears. It was imy restive.

I never ran an IH 4100, nobody around home even had one. BTO I worked for bought a Case 2470 Traction King I spent several days in chisel plowing one fall. It was tuned up to around 220 hp, was running about 7 mph pulling the same chisel I pulled the year before about 3-1/2 to 4 mph with a 4320. Big Case rode a lot nicer on 28Lx26 tires.
You must log in or register to reply here.
Share:
Facebook Twitter Reddit Pinterest Tumblr WhatsApp Email Link