Dan H - welcome to the Forum. Sorry to hear of your theft situation. Hopefully the 2 units will turn up. There are a lot of eagle eye CC guys in southern IL and IN so I really hope your units are found and get returned.

Don - ah yes, the ongoing "Great Lift Rod Debate", I believe I mentioned yesterday the only version welded at the bottom is on the 1x8/9 series. Yours is just a bent rod.

Pictures can be deceiving so I didn't think your lift arm was really bent that much to cause the problem, but apparently it is. Kraig mentions you'll be surprised how easy it is to bend back - I'm not sure about that. I've seen the lift arms bent before but never straightened one. I had a 122 myself in the past and always worried it was gonna bend when I had a tiller attached. I did have a spring assist on the 3-point which helped but I really took it easy when I raised the tiller since it just felt like the lift arm was gonna bend.

I sure hope you don't end up with a double bend

Hydro, I've had to straighten the lift arm on my Original a couple of times. This box scraper is heavy! 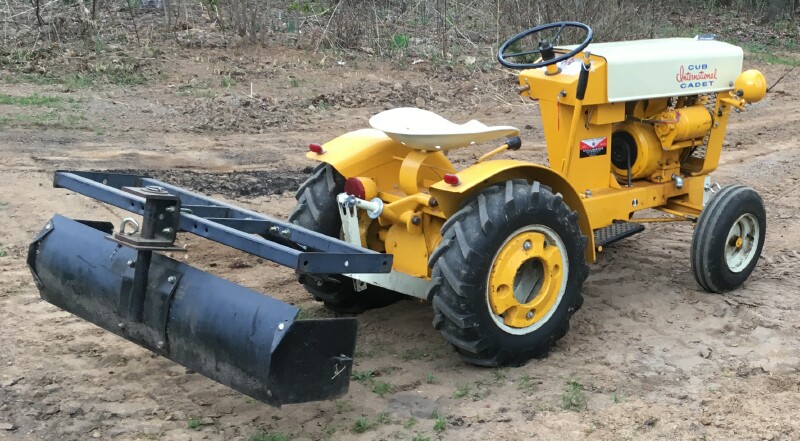 Kraig and Wayne - I was looking thru the links 3, 4 and 5 that Kraig posted and found Charlie posted the following on Dec. 30, 2012 3:35PM
"I just went back and checked the 11 manual lifts I have here and none were welded.

Here's the answer I've sent to no less than 20 guys that emailed me today, LOL
In all my years and probably hundreds of those things messed with, I've never seen a welded rod.
It just doesn't make sense that IH would have a welded piece in that location!"

Boy, some of those posts between Wayne and I were tough. I will say I'm now thinking the welded tips were a mid-production change since I saw them on 2 169 units and we all know the 169's were built at the end of the production during 1974. I still find it odd that I've never seen/noticed the bent tip on a 1x8/9 unit and I've seen a lot of them - although I admit I never really looked at the tip on everyone I had since if it worked ok I didn't pay a whole lot of attention to it.

Kraig - that box scraper does look heavy. Since you've bent your lift arm raising it do you take it slow and easy now to help avoid bending it again? Or does it always just bend?

Hydro, I back up slightly to make sure there's no built up soil in it when I lift it, or I lift it as I drive ahead so it can empty out to minimize the weight. Lifting a turning plow can also cause the lift arm to bend a bit. I'd mount my repro. Brinly spring assist on it but then I'd have to move the seat ahead and it wouldn't be comfortable to drive. If I used this more often I'd figure out a way to add the Brinly spring assist (at one point in the past Mike M. made some wedges that tilted the spring assist bracket so the seat didn't have to move as much, I should have snapped one up...) or come up with a spring assist of some other design.

I have straightened one of those, but only after heating with a torch. This was with it out of the tractor and totally disassembled, as I replaced the rod inside.

If you are going to bend it cold, I'd get a piece of pipe that slips over it that is a couple feet longer and use that as a cheater bar. As long as the end of that pipe is at the center of the bend, it shouldn't bend anywhere else.
D

All I gotta say is thanks fellas. I leaned on that lever something fierce and the rod starting loosening more and more. After a couple more attempts doing it cold, she’s pretty straight. I re-attached the washer, spring and button. The lever works beautiful. It was the bend in the lever. Great advice all. And I learned a whole bunch.

Got a bit of seat time today plowing the garden.
Wish it would have been bigger!! Ha Ha!!

My $75 128 w/creeper and a $40 replacement engine which, BTW, has governor issues so I had to be careful with the throttle. One more winter project I guess!

A little wet but did a decent job none the less.

Sure hope the next 10 days of rain don't put the kybosch on Steve's plow day. Hope he will be south of it. 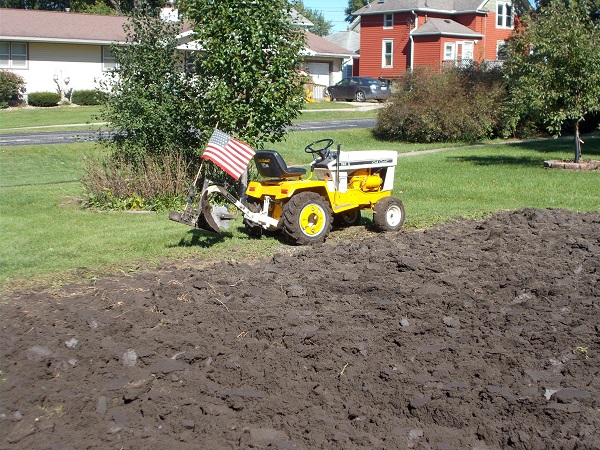 Don M your doing a great job,as some one told me patience is key in this hobby,Dan H welcome about happy “cubin”
E 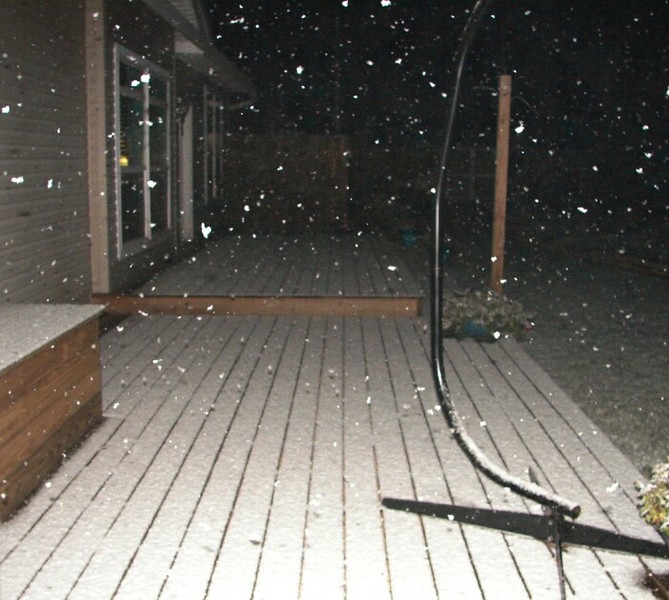 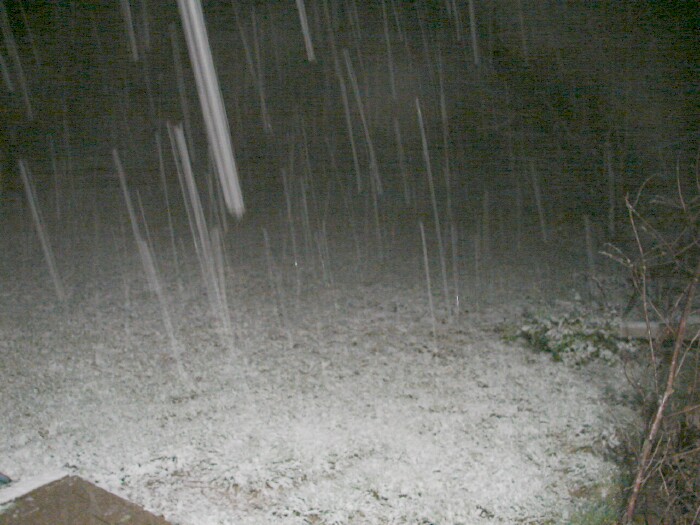 Charlie, how much of that white stuff did you get?

Kraig,
Only around an inch, but the flurries are still hanging around, LOL
D

So having the lift lever working like a charm, I can now put the belt on that I bought from Charlie. I looked at the manual for the belt replacement and it showed a small hole where the extension spring attaches to the pulley. From the looks of it, I don't have that hole in front. Luckily, I found another manual that Charlie had showing a "pin on" deck? So I looked in there and it shows no hole in the front for the spring. Maybe this is an older subframe? Anyway, when I get home today after work I'll give it a go. Charlie said to make sure the pulleys are aligned. Not sure I can adjust them better but from the manual it says to feel the belt tension behind the lower subframe bar (put pressure on both sides of the belt until it compresses 3-4 inches at rear of brace). I'll give her a go. 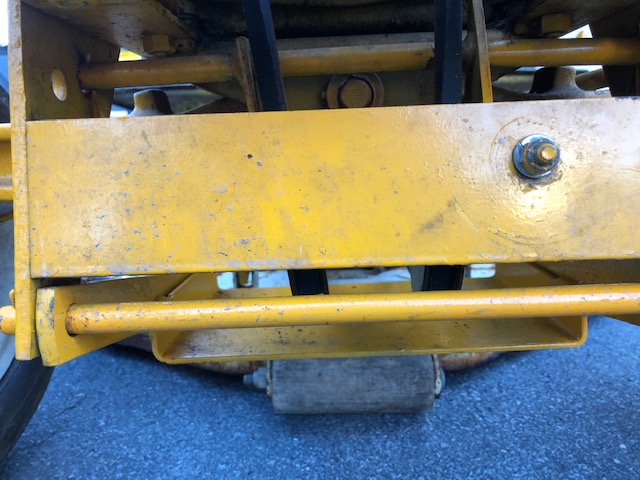 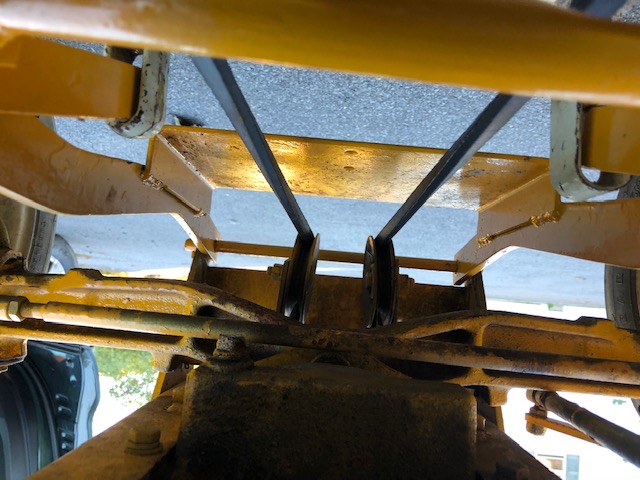 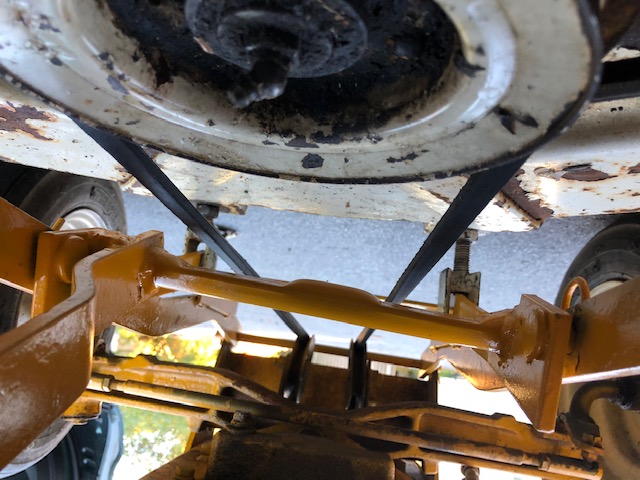 Don, when you load pic's, be sure to hit enter once between each of them. Keeps them from running together for easier viewing.
K

Don,
Let's see if I can start a mule drive debate like I started the lift lever debate. Just remember who told you about the bent lift lever!!

I believe you have the correct subframe and mule drive for your 122. There is no spring for this setup. There is no hole for a spring on the front of mine that I have pictured. Adjust belt tension by tightening or loosening nut on front of mule drive. I believe the spring was added when they went to the quick attach mule drive setup. 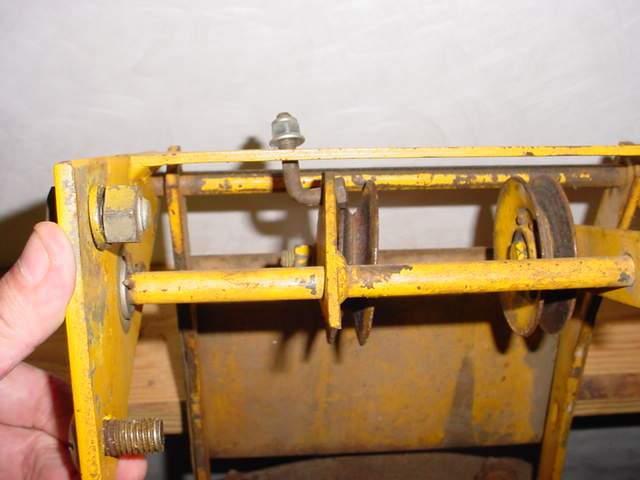 Kirk - Considering how many F-bombs you saved me with your "bent rod" suggestion, I owe you a beer.

As for the mule drive with no hole for a spring, the other manual does show a 122 with a hole, but it was the pin-on manual that Charlie has listed that shows a 122 with no spring hole. So I guess they used to make 122's without the hole at first and then later added the hole. Do the belt pulleys in my pic look somewhat aligned? I haven't adjusted them yet and fear the belt will fly off (like the Tractor Supply belts I tried before). This belt is the one that goes with the tractor as per Charlie's store (3/8" x 81") so I'm thinking it will work better and not fly off. (I had tried a Tractor Supply 1/2" x 82" which flew off and couldn't get the 1/2" x 81" on because the 1/2" belt was too tight. I guess that difference between 1/2" and 3/8" does make a difference).
K

Don
,
Like everyone else, just glad to help out.

If you got the belt from Charlie, rest assured, it is correct.

Only thing I can see is it looks like the mule drive pulleys are bent in towards each other too much.

Wait to see what others have to say.

Don, first lets get your photos right side up so those of us that are not in Australia can see them properly.

I added red lines on one of them to approximate how they should be aligned. I believe there should be some angle to them but not as much as yours have. 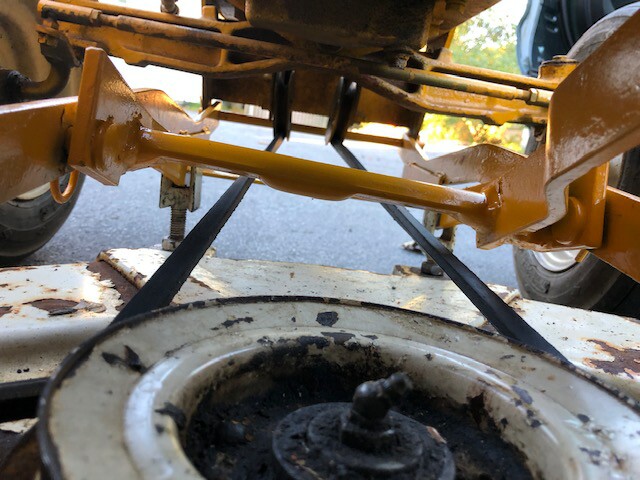 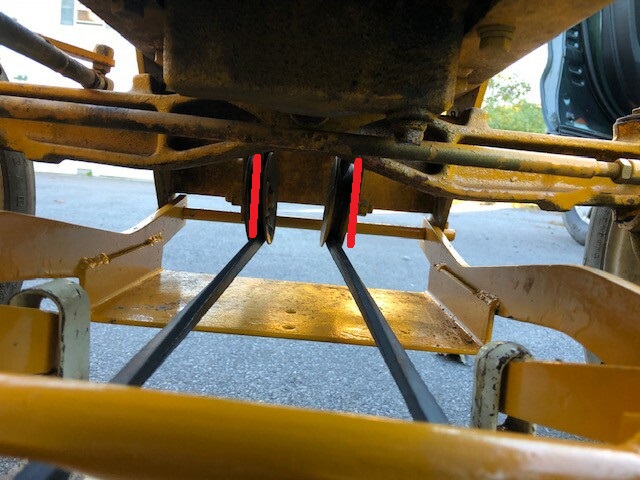