Don - great pics!!! Thanks for posting. Not a lot of guys have seen the inside of a lift arm where the rod is located.

Now, the question becomes what is the real problem. You seem to think the washer, which I thought was also the likely culprit along with the spring itself. The spring might look ok, but after 50 years its springing action has probably gotten weak. The only one I had apart before had a crunched up spring and rotted washer half gone so I had no choice but to replace with new at that time.

I'd have a good look at the bottom end of the rod and at the ratchet slots. They shouldn't be overly worn. I'd definitely get a new spring and new washer. At least since you know you can get the button off you can test and see how they work and if they resolve the problem.

I'm certain you ain't boring the guys on here. Your particular problem hasn't been discussed to this extent previously that I know of. And you provided a lot of great pics for future reference.
H

Kraig - thanks for posting the lift arm discussion references. I see in the 2nd link Dennis Frisk post Oct.9, 2014 at 10:46AM he states "The WF lift rods are a 2-piece design, both pieces different diameter". I guess ole Dennis was agreeing with me. I don't see Wayne in any of the posts so guess he missed out.

Hydro, Wayne got in on this set:

Hey guys I'm new on here thanks to Digger. I am looking for any information about someone trying to sell 1 or 2 "65" Cub cadets in southern ILL or IND. Both were 70s and complete, but I have no pictures or serial numbers. They were stolen from my fathers house (Palestine, IL) last summer along with all his tools and several other mowers "Snappers" and lots of parts. All I know is they used an older model Chevy dualy that was blue and silver. Any information is greatly appreciated. Contact me or the Crawford County IL police in Robinson, IL.Thanks
D

Well gents - After taking the top button off and getting the washer and spring out, I would have thought the rod would simply fall out at the bottom or significantly loosen up...but if I apply pressure from the top with a flat screwdriver, the rod goes down pretty firm and when I reach under and push the rod back up, it goes up equally as hard. From looking at the spring and washer, those may not be the problem. It may be something down inside at the bottom of the lever housing (maybe something is stuck or the rod itself might be bent?)

I read all the other threads cited by Harry re "The Great Lift Rod Debate" and here's my contribution. Pics attached. It doesn't look welded to me...looks like one unit. Maybe the debate only centered on the 109 series though. 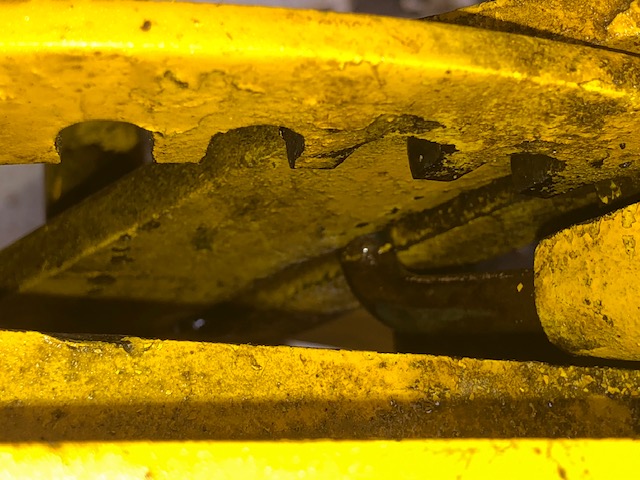 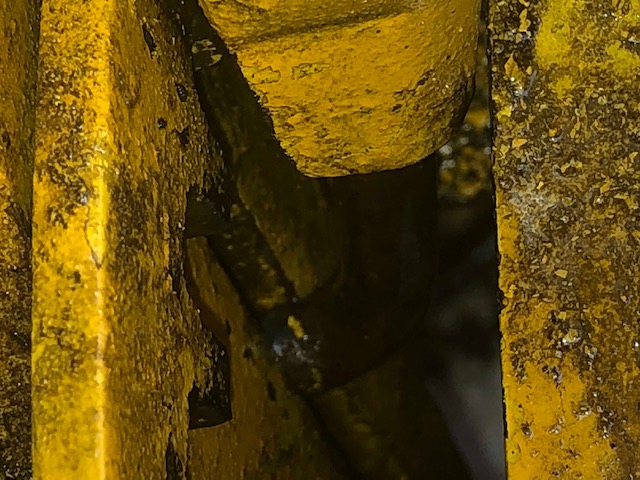 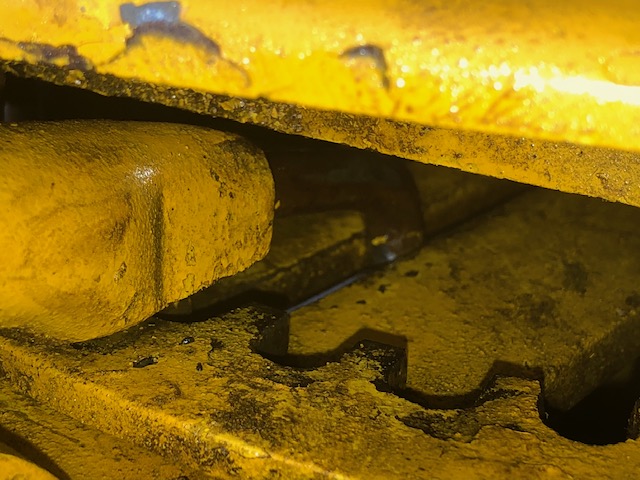 Dan, sorry to hear about the theft of your father's two model 70s and other items. Thieves suck!

Don, Kirk L., in his response to your first post mentioned checking that the tube wasn't bent. In this photo that you posted, (re-posted below) it appears that the lift arm tube is bent. Have you tried to straighten it? I've straightened the lift arm tube on my Original just by pushing it forward. Before you go doing to much more looking for other problems, make sure the tube is straight. 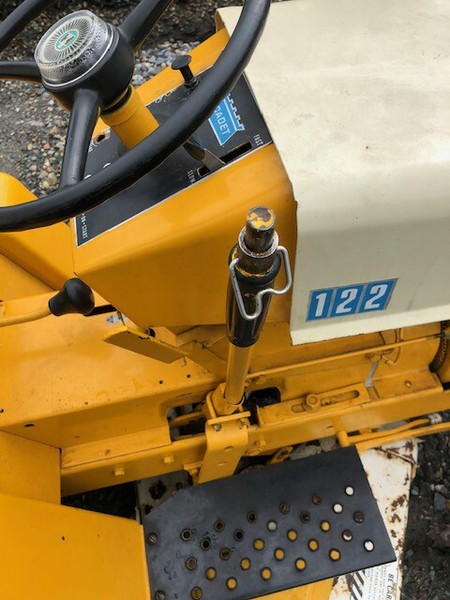 (original through 123 model units) when one adjusts bent lift arms, I have found its best to overbend it slightly forward too much, then back a bit to straight so that the internal rod is centered and doens't chafe against the inner tubing of the handle itself so the release button works smoothly. Then one can install the handy release lock bail that Charlie has oodles of now, (IH-376314-R1) for full "float."
D

Kraig and Craig - great idea! How would you go about doing it on this model? Maybe put the lever all the way forward and apply pressure/weight to the lever pushing forward?

Don, yep, exactly as you wrote. Set it all the way forward then push it. You'll likely be surprised how easy it is to bend.