DONALD - Actually I think my PSD starts really good. I started it one day after sitting 12 hrs @ work, it was 15 deg. F, still had 15W-40 oil in it. I cycled the glow plugs twice, think I had about FOUR good plugs in it... Started on 4 cylinders, then added a fifth after a couple seconds, then #6, 7, finally all eight firing after 30-40 seconds. PSD's always smoke kinda grayish-white after starting when it's cold. It goes away in a minute or two depending on how cold it is.

When the PSD was my daily-driver I ran 10W-30 in winter, it started quite a bit better. With a PSD, you turn the key to "RUN", wait for the "Wait-to-Start" light to go out, turn key to "Start" and 95% of the time it snaps right to life, with "Throttle-by-wire" you don't hit the gas pedal at all. The other 5% of the time you end up cranking for a few seconds. The computer waits until it has at least 400 PSI oil pressure in the HEUI system before it lets the injectors fire. The PSD forum I used to hang out at years ago had a topic about how many people used to wait for the "W-t-S" light to go out in their wife's car. Only guys who said they didn't either LIED, or only drove their PSD.

I've seen fires set up under dump trucks to warm them up in winter too. I think the owners were "HOPING" for problems... It was a really ratty beat-up old Mack.

I'm actually surprised how well my tired old K161/181? (not sure which) in the CC 70 starts. Most of the summer if I let it sit more than a week it wouldn't start without fouling the plug. Now this winter you give it a bit of gas, full choke and it fires on the 2nd or 3rd revolution, shove the choke in and let it warm up.

Makes me believe the story I heard decades ago that worn, tired old engines in a decent state of tune are the BEST starting engines.
R

Sorry for not responding earlier to all who gave me advice on my belt issue, I became ill (48 hour thing) after my last post.

Greg L,
After the first belt broke on the thrower, I looked at the alignment and you are right, it was off by about 3/8”. I did correct that before putting the new belt on.

Mike S,
I will be looking for one of those Gates belts to have as a spare. I like the idea of the shorter length because I changed to the smaller pulley I am almost at the end of the adjustment travel with the standard length belt.

Thank you to all. Rich

I am glad that I am not the only one who has done that. I have found myself sitting in the car waiting for the light to go off..... trouble is the Check Engine Light will not off no matter how long you wait.

Here are a couple of pictures

My modification to keep the belt from loosing. 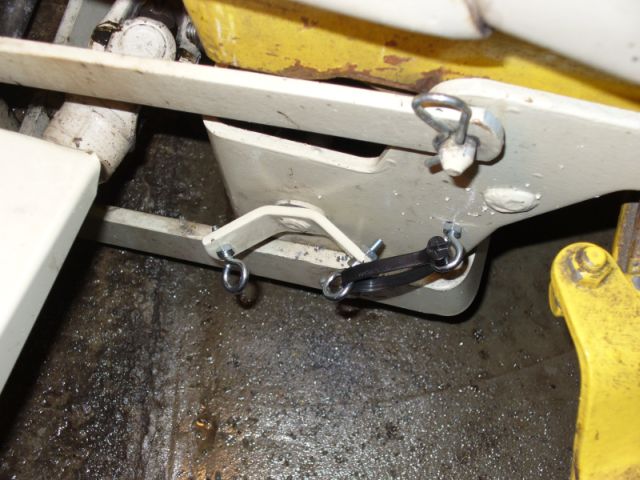 The snow removal team; the 1450 with the thrower is my dads tractor. He does not use it during the winter. This is the first winter using the thrower after a complete rebuild. I would love a diesel Cub. I would want to turbo it, that turbo whistle is addicting!!!!! Love to wind out the PSD and make her sing. Would love to hear a turbo Cub tilling or snow throwing and really putting a load on the engine... make her sing!!!!!
T

Ok one more question I apologize if it is stupid. Is the 125 considered a narrow frame? Online it skips the 125, I am trying to figure out if the sleeve hitch on the right (pics yesterday) will work on the 125.
D

The chart on the home page of this site is really compact and has a LOT of info like that, plus special features, month/year of production and serial numbers.
T

Dennis, thanks I am picking up a 125 for parts on sunday. I am reworking my current 125 to get her running right. I decided not to touch the "O" as per some recommendations from some other members here. The one I am getting for parts has a white engine. Serial # dates as 2/69. Did they have white engines on some or did someone paint it?
T

Here is my "fix" for the belt tensioner. 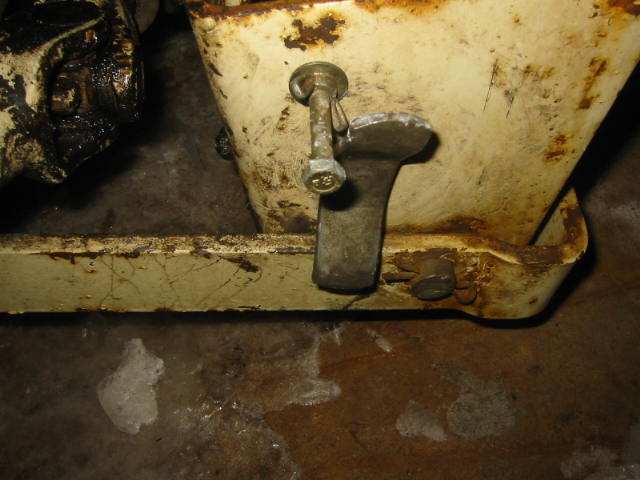 Does anyone else have the "stud" or "pin" comming out if the top of the transmission cover like the above photo? I do think I had one like this before. 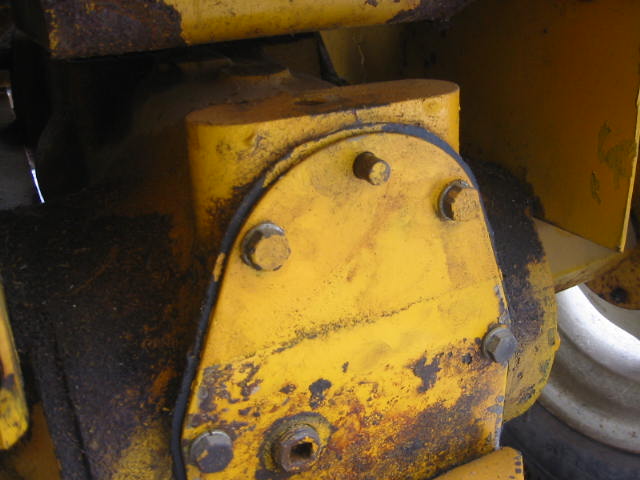 Tom H.
In a word NO!
And you shouldn't have one either.

Tom way back I asked the same thing about that and the answer if I remember correct is that the cover was not original.

Tom,
Is there any chance someone turned the plate inside out and painted it yellow some time back?
Seems this discussion came up a good while back, and it was stated that maybe this pin was somehow for keeping an attachment of some sort from turning. Seems a rear pto was involved somehow. Maybe just my imagination. I know this is the wrong plate for a pto.

Is that pin used for something on a Lo-Boy?

I wonder if some of the Lo-Boy trans housings made it into the CC line from time to time. I used to have an 800 that had about 3 extra tapped holes with pipe plugs in them, one of which was in a boss welded into the shifter plate.

I think Art had it correct

Jeff, I'm gonna take a wild guess and speculate (OK so I'm being redundant...) that perhaps that's a rear cover from a Farmall Cub and that is a locating pin and someone reversed it (it looks like there could be a fluid level line "rusted in" on that cover that could indicate that it was reversed?) for use on that 1200??? OR someone added the locating pin? The gear drive transmission has a hole location (not drilled) at the center top and a hole at the center bottom that could take advantage of a locating pin. Here's a photo of an Original transmission (actually the photo is of the transmission from Art's Plow Special). The Farmall Cub rear cover plate is a different part number than the Original's rear cover plate and neither has a fill plug. The rear cover plate for a 1200 should have a fill plug.

Tom the rust line came from where the tiller and three point bracket was bolted to it when I got it.