I mentioned this in another thread a little bit ago, but earlier this year, I added 2 machines to the fleet.

The one that I posted the Serial Number tag from, that I mentioned, to me at least, it’s a bit special. 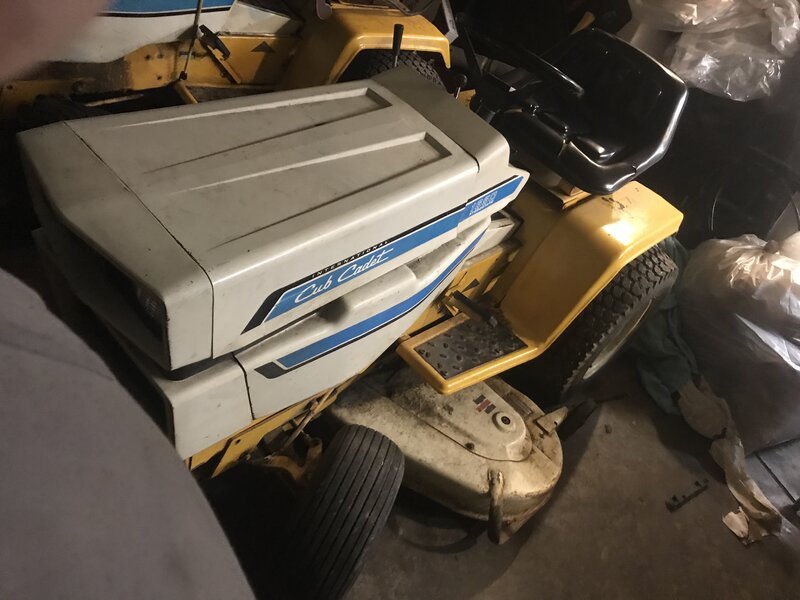 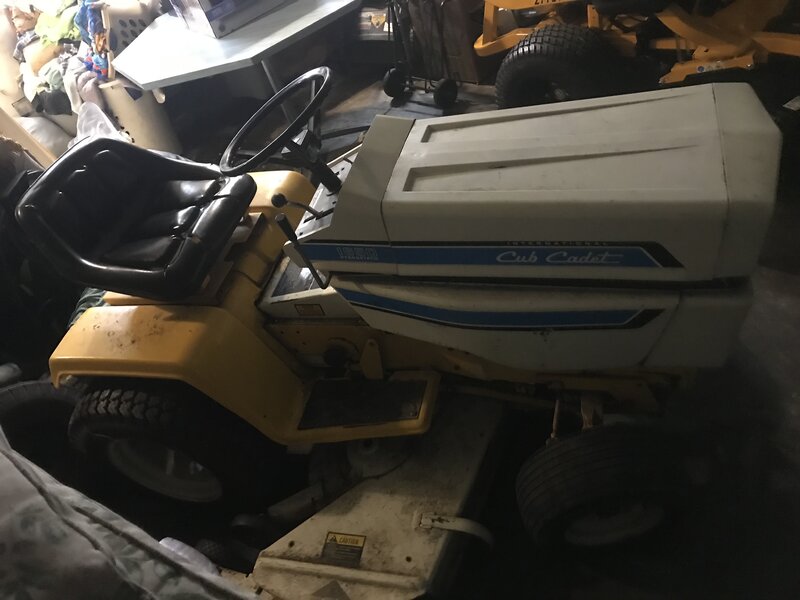 There are some little differences in this one vs the rest of the Quietlines... The Dash Tin is different, the decal on the tunnel cover is different....

There is also a story that goes with this one (one of the reasons I bought it). Several years ago, Momma and I were sitting at the Drive-Up Window of the Hardees just around the corner, waiting for our food. A Ford Dually, pulling a trailer goes by with a couple “riding lawn mowers” and a Quietline, loaded backwards on it. Momma and I both point at it at the same time, laugh, and I have the realization “I hope that isn’t going for scrap”..... She jokingly said, why don’t you go see if you can find him, after we get our food. They hand me the bag, and off we go. Another part of this, we are driving our 2000 Black, P71 Crown Vic, that still had a spotlight.... so yes I set off the “chase” this tractor in a “cop car”..... I head in the direction he went, and get across town, and I see a Ford Dually pull out of a drive and come back in my direction. We both get caught by the same light, and he turned and went up that street, so I turned and followed. I followed him through about half of town, until he pulls into a parking lot. He gets out, and I park a bit away, and ask about the tractor, and if he was taking it to scrap. Hs said no, it was his and he was taking it to be worked on. I told him that was good, because if it was headed to scrap, I wanted to at least make an offer. We parted ways, and that was that..... well sorta.

A few weeks later, we were at the local TSC, and a fella walked up and said I was hoping to run into you again. I had no idea who he was, until he explained that he was the guy I chased through town with the tractor. He wanted to tell me he had a buddy that had a 1650 that had some issues and was looking for help, or maybe to get rid of it. I had mention that we collect/work on/ use them so he thought I might be interested. (Side note on that one, it’s in Dad’s shop, he ended up buying it). He also asked that if he couldn’t get his guy to look at his, if I would be interested in working on it. I said yes, and exchanged numbers. A couple weeks later I got a text asking if I would still work on it. I said yes and he brought it over. I ended up rebuilding the carb, fixing a few electrical issues, replaced the ignition switch and the ISO mounts. He came and picked it up, was happy with it, and I told him, if he ever wanted to get rid of it, I wanted first dibs..... he agreed and off he went. He runs a small car lot here in town, and we have been friends since. Last fall he mentioned he might want me to give it a once-over in the spring again.... I told him.I would and just let me know when he wanted me to pick it up. This spring I saw hIm and mentioned the service call again... He said he might actually want to sell and, and if he did, he would let me know. A few weeks later, he said it’s yours if you want it. We set a price, and it came home...... actually came home the same days as.......

My other new addition. A 2020 Cub Cadet ZT1 54”. Has a 54 inch fabbed deck and 24 Horse Kohler Twin. It‘s a relly nice machine. Dithered for a couple of months before deciding to pull the trigger. I looked at them for a while, and looked at different brands (yes even the green ones) and kept coming back to the CC one. Heavy frame, thick fabbed deck, and I could get a Kohler (I wasn’t necessarily wanting a 54” deck, but to get a fabbed deck and Kohler, that was my only option). So it‘s my mowing machine, and has cut my time down (which right now is a premium, so less seat time is a good thing) from 1.25-1.5 hours to ~35 minutes. 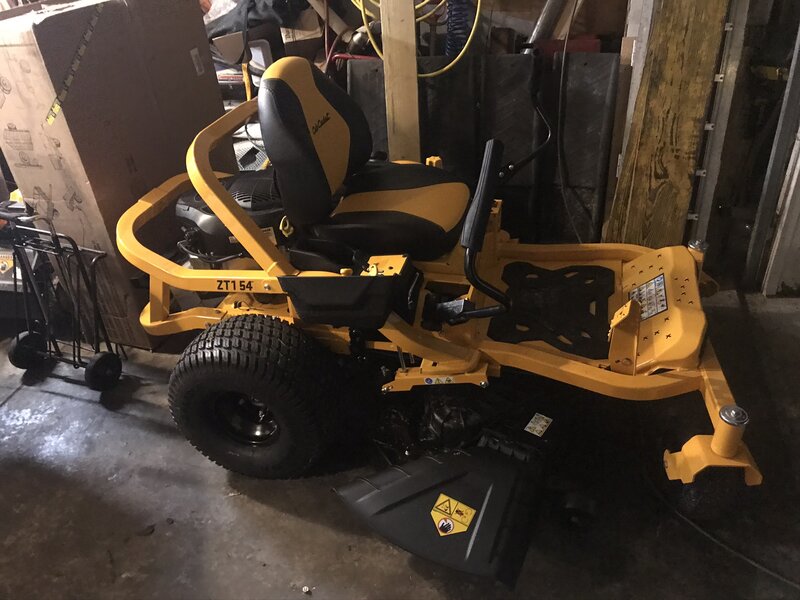 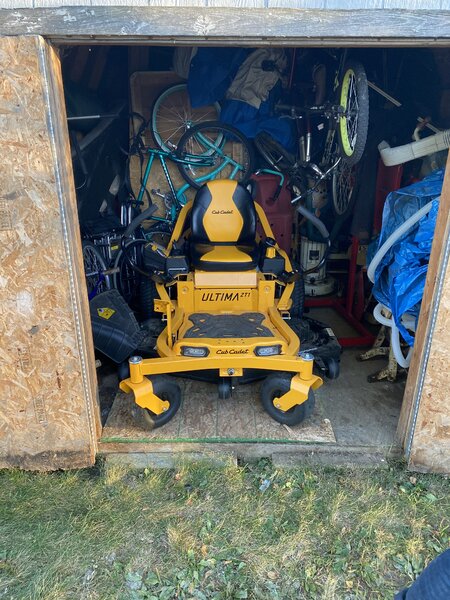 The tractors are not going anywhere, they still do everything but mow (yes I still have the decks’ just in case) but all this one does is mow. I’ve put ~15 hours on it, and all I’ve had to do is feed it, and do the 5 hour “break-in” oil change. It works very well, and happy with my purchase. I put my 2 1650’s in storage at Mom and Dads due to lack of room here... so the ZTR and the Twin-Stick 1450 are the workhorses here.
Last edited: Oct 27, 2020
F

They all have stories that come with them. No matter the cost, the stories are free! Thanks for this one, Scott!

AQ 102 I learned about that was about to fall into a dumpster.

I was gonna ask if it landed on its steering wheel in that dumpster? The seat is included, and could be worse. Good save!

G
never too old to ride a cub
2

Bought something else i prolly dont need.