Thanks Marty and Steve for responding about the hydraulic cylinder disassembly. As soon as I get the seal kit I will break it down. Thanks! - Brad
J

Update on my Onan surging/hunting. Purchased the electric fuel pump from Kirk Engines. Installed it this weekend. Checked the float height and fired it up. When thru the carb adjustment procedure and set the idle and high speeds. Runs a lot smoother but still can't get rid of surging/hunting in the 3400-3600 RPM range. I had set the governor link to the least sensitive as well.

Installed my new to me Haban 60" deck and gave that a whirl while I was at it. Noticed the surging and hunting was quite less when the deck was operating.
J

Jim, I don't know if this is your problem or not but look at the intake manifold. The one that was in my brothers 982 done exactly that. Not knowing any better at the time I put a new carb on it and went threw the whole ignition system to fix it. It did get a little better but still surged. Came across a mag 20 that ran better so we put that in. Gave that Onan to a friend who put it in his 982 and found the intake was sucking air. There are a two peace deal. He took it off and separated the halves drilled and taped the old rivet out. Put some type of sealant and bolted it back together. That was 10 years ago atleast and its his main mowing tractor. Again That maybe your problem.
D

I think he already sealed up the intake.
J

Hi Jim and Doug. Yes. I already split the intake manifold and resealed it. First thing I did. Greatly helped but not the problem solver.
J

well S!@#. now I am curious what it maybe. Have you tried feathering the choke as its surging to see if it smooths up? Not so much to flood it but to maybe richen up the fuel? If that helps to me it sounds like its running lean. Why or where is it sucking air if you did seal it I have no clue. Just another thought that went threw my head.

Jim S.
Just curious, did ya check the throttle shaft for excessive slop?

Jim - If it's surging LESS under load, I'd look at the governor setting; it sounds like without load it is over speeding, and then over correcting. edit - Yeah - what Digger said too... edit edit - But usually the sloppy throttle shafts impact a lot more at low speed than at high RPM.

I can't really tell if the throttle shaft is too loose. I think it's one of those things were you need to know how a loose one is and how a tight one should be.

Governor links are nice and tight with no play. If anything it would be inside the engine were things are loose.

Pulling the choke out slightly causes it to stumble. Maybe it's getting too much fuel on the main side? It's a fixed jet.
L

Jim spray the throttle shaft with carb cleaner or WD 40 If it stumbles it is leaking around the shaft.
A

So on my 128 with rear pto, I relocated the pto handle to the correct spot on the tunnel cover. But when ever I tried to engage the rear pto sometimes I can't engage the pto, but if I move the tractor a couple fear under its own power I am able to engage the pto. Anyone know why?
N

Austin- the splines have to line up with the sliding coupler in the transmission. You can also leave it in neutral, with the clutch pushed down and gently let out the clutch as you put slight pressure on the PTO lever to engage it and it should go right in.
J

Luther, I'll give it a try next time I get some free time.

Does your Onan have a generator Gov. spring on it? Some of them were set up with very sensitive springs for maintaining Hz on generator applications. If replaced at one time that might be something to look into.

Otherwise, I've never seen an Onan that didn't hunt some....

I'm with you, Steve. A combination maybe of slightly high float level (fixed jet) and a fussy governor? Governor is lagging whatever the engine is doing. I keep going back to Jim's feeling it was hunting less under load, which usually rules out too lean. These are the ones I like to have my hands on, the Internet just makes the problem too remote to nail..
D

The governor design on the B48G Onan is just plain terrible, the cam driven gear has a machined hub on it, a ten "finger" plastic finger wheel is "pressed" on that hub, and 5 steel ball bearings are put between the fingers, I understand the generator engines got ten balls. But as engine rpm increases the balls push out against a tapered washer that moves the rod to control the carb throttle. Now, imagine that as the engine warms up the plastic finger wheel expands and the wheel slips on the hub, reduces pressure on the washer, doesn't move the throttle to increase throttle opening. There is a notch in the outer rim of the cam gear so you can lock the finger wheel in position. When I would mow with my 982 as I ran from short grass into tall grass engine rpm dropped, I had to increase throttle, which instantly increased rpm, but as I drove into short grass the engine rpm increased a lot, and with the weak conn rods Onan used, I normally mowed with one hand on the steering wheel, other on the throttle. Oh, and the oil bath ignition points up top front on the Onan is another nice design feature. I SO want to drop a 2 cylinder Duetz air cooled diesel into my 982.
Frequent poster on the Red Power forum worked for many years as a service tech at a welding supply shop, many many Onans were used on welder/generators. He had a MOUNTAIN of blown up Onan engines he had replaced and was going to disassemble into iron, steel, aluminum, diecast, and plastic to increase his scrap price. Onan just did too many dumb things designing that engine, tried to cut Penny's of cost so the owner pays THOUSANDS of Dollars for repair/replacement. The last 3 sets of points & condenser in my 982 have lasted an average of around 100 hours each, last set cost over $125.00. That why I mow with a Kawasaki powered Cub Cadet Tank now. I don't feel like there's a ticking time bomb under the hood.

Off topic Friday. Last night I pulled the memory card from one of my trail cameras and found a couple of interesting photos and video. I have my camera set to take a 6 photo burst then video. Here's the first two photos the next 4 didn't have anything, the video had a second bear run through a few seconds in. 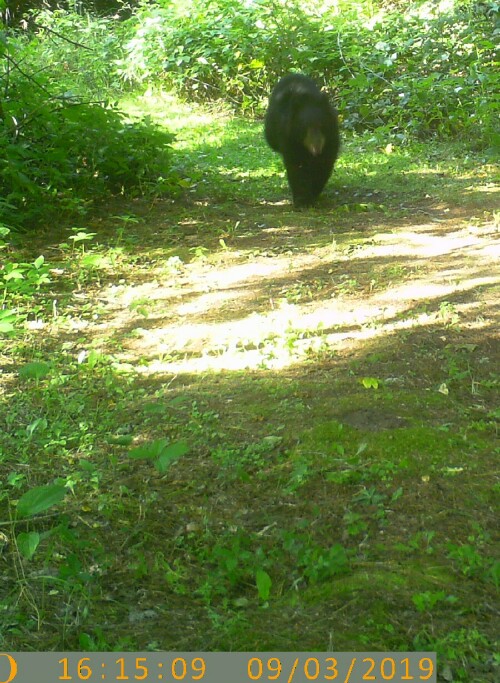 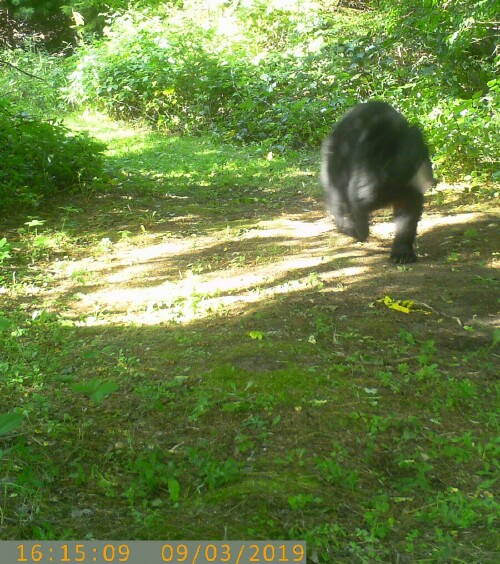 Here's some screen captures from the video. 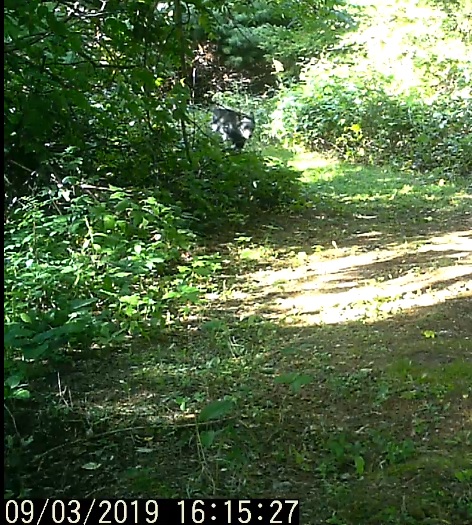 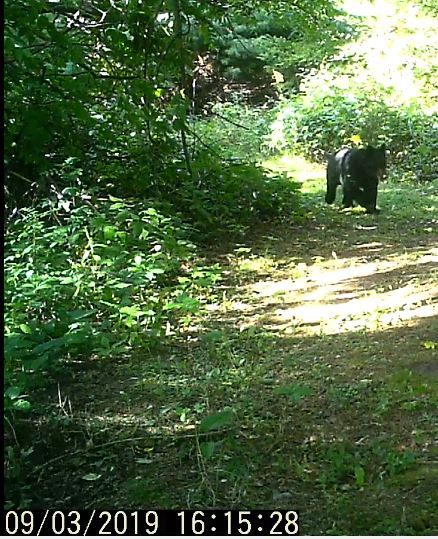 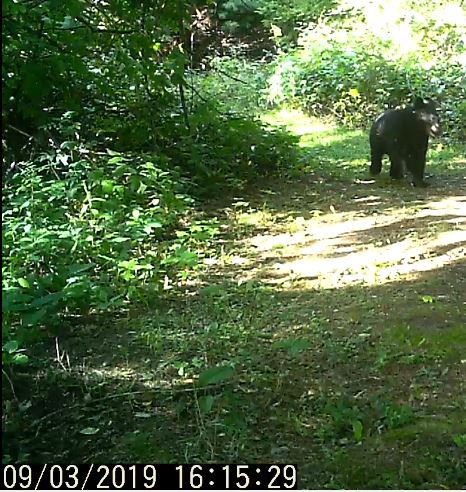 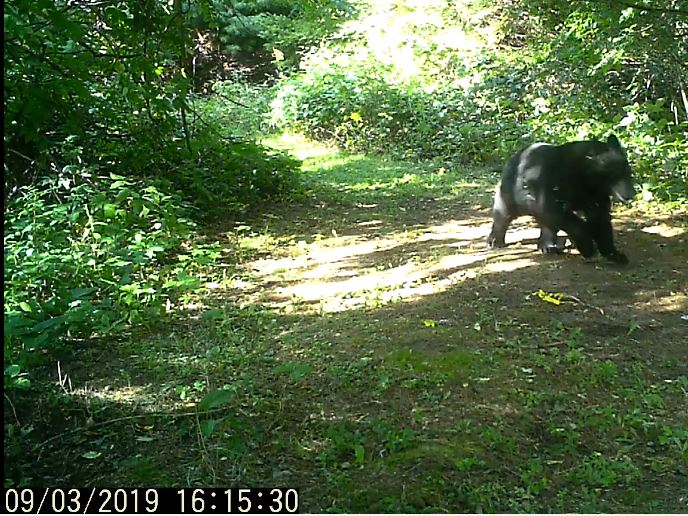 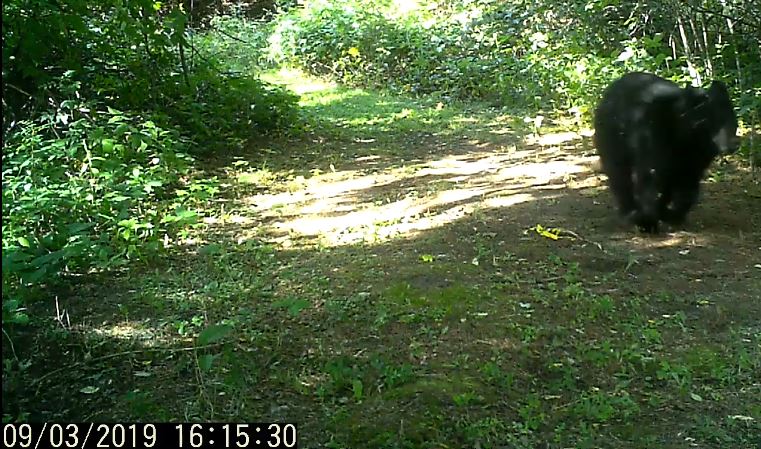 Here's a link to THE VIDEO on my Google Drive.
R

Those are not bears, they are Cubs! So you are on topic! 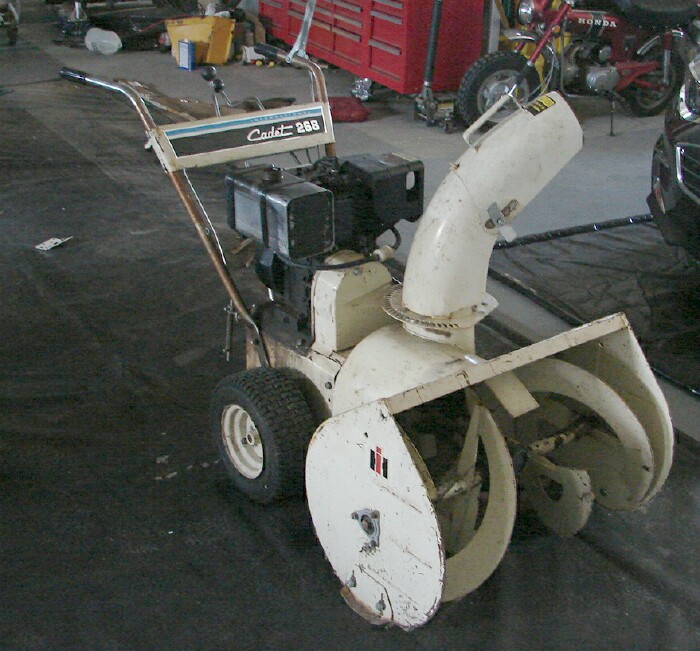