Imagine your throttle cable had unlimited travel....what would keep the little speed control arm it hooks to from allowing the engine to overspeed????....The throttle stop. If you loosen the bolt that holds it slightly, it can be rotated to limit the control arm's travel to provide a "throttle stop" at the correct max RPM's then retightened to maintain that limit.

In your case you don;t have unlimited throttle cable travel....in fact it's not enough travel, because your throttle cable assembly is still limiting RPM's to under 3600. Like I said below, slide the cable back another 1/8", set the throttle at 3650 no load, then rotate the throttle stop to hold it there.

Once no load RPM is set (assuming the governor has been set up correctly, per manual, and the governor spring is in the correct holes on the governor arm and the speed control arm) the governor will automatically maintain engine RPM to the throttle setting (up to max no load) under any/all load conditions.

Notice how when the engine is at WOT no load, the carb throttle plate is only open about 1/8 of the way? This is the governor working to limit the engine fuel supply and maintain max no load speed (choked down due to no load). With a deck or thrower on the throttle shaft will be almost wide open...lots of load needs more fuel/air to maintain max speed. When overloaded, the governor opens the carb 100% and max fuel/air is delivered to engine, but load exceeds engine capability and the RPM's drop...eventualy until it dies, or you unload it and the governor regains throttling control.

This is very different when compared to a car engine (ungoverned, but electronically rev limited for safety), as car engines are not meant to run at constant speed all day like equipment engines......your foot on the pedal is the governor (or even better the cruise control).
E 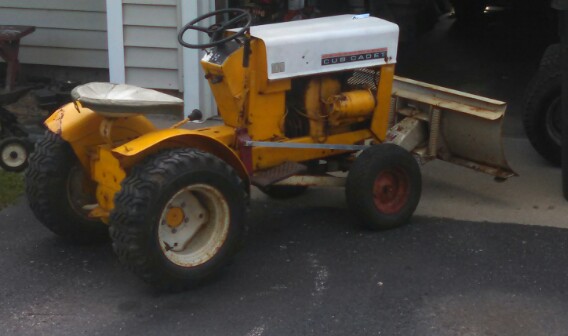 Just a reminder October is almost over. Charlie, any snow yet!?

I agree Jason--there is something about those 100's that just touches the heart of the average CC owner and earl's is no exception!

We plowed out at my uncle's on Saturday-- a small group of guys maybe 10 or so tractors and the Mule was hands down the favorite plowing GT...I'm on lunch break but I'll forward a pic of Caleb on it to Kraig. If he gets a chance, he can put it up here... 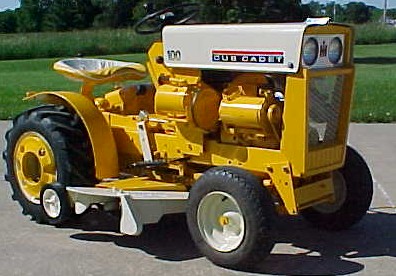 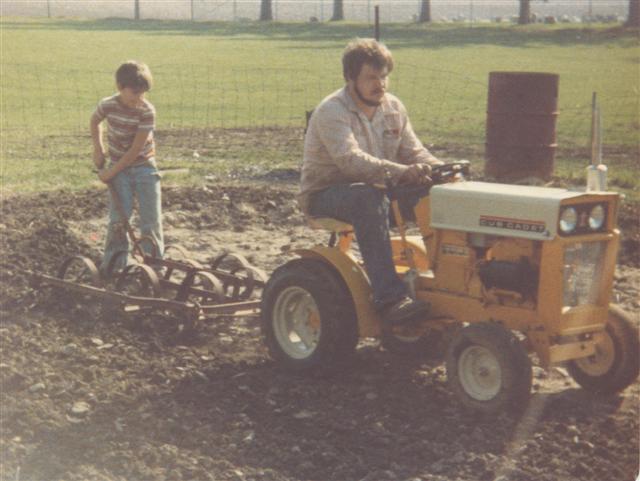 Boy ALL you guys got a big jump on me,,, growing up around "ON" these super cooL little tractors,,,,,

Man THAT is a SWEET 100,,, Very NICE!!!!!
And I Almost forgot 2 mention, other than Retaining all that IH down through the years, More Importantly you still have the guy in that pic,,,

Steve--that is an all time classic photo of you and dad! Epic. I agree with Jason. Great IH heritage in the Blunier family but the individuals are what make your family so special! Can't wait to see you guys in just a few days...

Steve:
Thank you for taking the time to explain the workings of the throttle stop. I also want to thank you and everyone else for the comments that I received to help adjust my 129. My 129 was my brother's and when he passed away I took it home. I have had it for a number of years, but it has never run this good. The power and sound is better than it has ever been. Thank you all.
Steve, one more thought. Am I correct that if I did not use the cable stop and locked the cable at 3500 or 3600, the gov would be limited as to how much it could open the carb. (under load) because the cable would stop it. There by reducing the power when needed.
Earl L 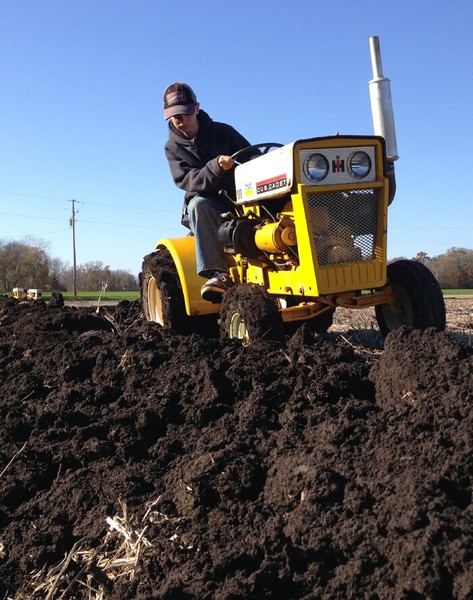 If you lock the throttle at 3600, the engine will always run at 3600 (think 8hp Briggs on portable generator). With variable throttle control (idle to 3600) on your tractor, you need to make sure that when the throttle is moved it will always return to the same MAX RPM, either with the stop or with the cable clamp setting.

Fire up your 129 tonight and watch the governor work while you move the throttle....then flick the governor linkage a few times at part throttle and see what happens........you will put a lot of the pieces together in the process. 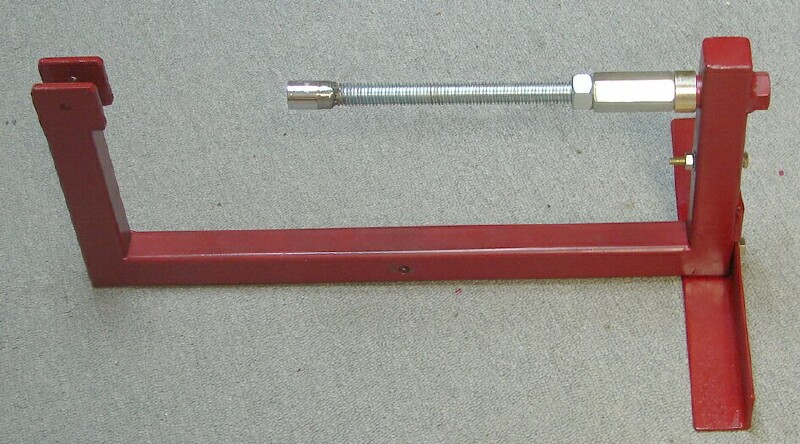 There is no requirement for the puller I made to be used on the tractor. it can be clamped in a vise to use it on the bench.

Its kind of funny when I think about it as I was bouncing around in a lawn cart behind my grandpa's 70 as a 3 or 4 year old. Mowed nearly two acres a week with a 38" mower deck. Ended up cooking the motor in it and shoe horned a 10 hp in place of the 7.

Been gearing up all week for PD 10. Finally got around to the tail lights that I said I was going to fix a few years ago. The extra wiring is for the plow light which is fused and running off of a relay. Didn't want to cook any wiring. 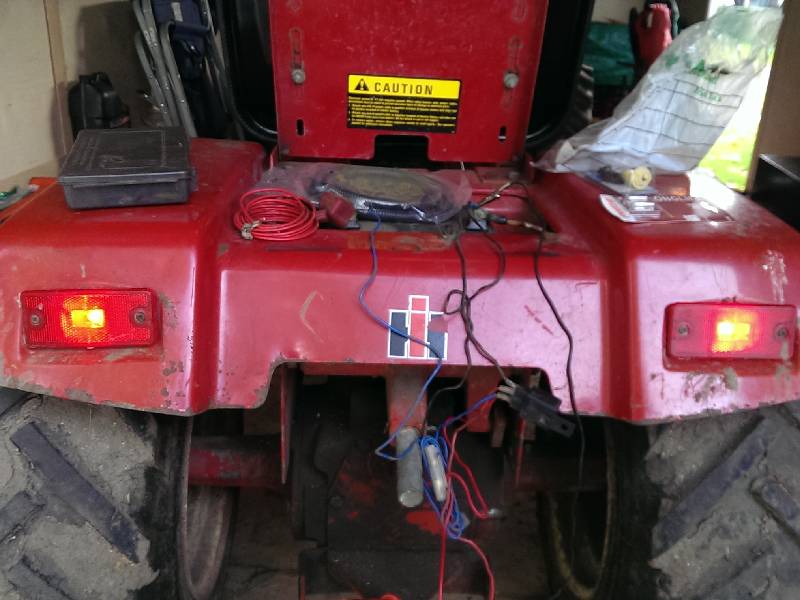 That is awesome Brian! Can't wait to see you again! I have tail lights and LED plow lights for all three of my plow tractors now! Ready for night plowing...

Steve-
Great picture. It was great talking to you at redpower. I think you need a current pic with the equipment and the same pose!!