David, thanks. It's kind of a mute point now as I have decided to pass on the carbless 14hp I was thinking of buying.

Roland, on your post about the hydro. Please note that the current (2001 brochure anyway) Cub Cadet brochures have "Autohydro transmission with cruse control" in the description. Here's an excerpt from a 2001 3000 series Cub Cadet brochure:

Thanks for the update and so noted. I haven't looked at a new (or newer) Cub in a long time. I kinda stay focused on the IH built units....LOL

Kraig,
That's exactly what I did on the 149 dedicated thrower tractor.
I got tired of only getting about 1 1/2 hour run time. I switched the carb and I'm good to go for about 3 hours now.
Still not as good as the 1450, but a big improvement with no loss of power that I can tell anyway.

Points well taken. I have wondered what a "cruise control" could be on a newer tractor I've seen that selling point), and now I think I know. It must automatically move that dash lever, so to speak, to maintain ground speed.

My reference to a gear drive tractor was to point out that unless you're severely overloading it where it can get traction, the governor will maintain engine speed (within a design range) with increased load (pulling my lawn roller uphill), and thereby maintain ground speed. Where traction is limited, the increased load might ultimately result in wheels breaking loose, but they're still maintaining constant speed.

Now, when I position my swashplate on my hydro via the dash lever, that corresponding hydro pressure can vary via the spring system in the linkage when under load. If I need to move the lever to maintain ground speed, the governer will do it's thing automatically to maintain constant engine speed, but my lever input puts the swashplate back where I want it.

At least that's how I understand it. I remember being amazed at my previous 16 hp gear-drive tractor that would pull unbelievable loads at constant ground speed with the engine speed not varying an rpm, until the wheels broke loose.

Just thinking out loud here, this is my first hydro, and I'm really likin' it!

"Cruise Control" permits one to lock the foot pedal at a specific speed without actuating the "dead-man" return to N. every 123-982 has the exact same functionality.

JMHO here, but both my 123's don't slow down on a hill no matter how steep it is no matter the load. BUT, every other hydro I have does.
That's why I've always said that the 123 hydro setup was the best and IH messed up when they changed the design.
T

Now you've got my attention. Can you describe how the 123 hydro differs from my 1450? Maybe this has been debated/flogged/argued many times before, but I'd like to hear it again!

As for economy, if ya dig into the governor, the mileage gets pretty bad real quick-like....

Ted B,
I can hear Kraigs HD buzzin from here, I'm sure pics will be here soon!

I am with Ted, and you have my attention. I am curious as to what is the difference in the design. I dug into the Parts Manuals and came up with this Comparison Chart:

Now I discounted the linkages in that I don't believe they would effect the performance. So, with that in mind, what would be the difference between the 123 & other models..???

Charlie/Kraig/et al,
Over at the FAQ web site, a WM-63385 belt is listed as the belt for running the gearbox on a rear mounted #1, 1A, 2, 2A rotor tiller on a 82 series. I assume that is an aftermarket belt part number. Where can a person find one? I've called several places here in town and no one can come up with that number. Any help would be appreciated.
B

Bryan: Nope, I don't want to start my own forum...I've got too much other stuff to do, instead of messin' around that much on a computer

But just for you, I downloaded Irfanview...so now I won't have to read about you crying about me not liking the 50k pic size limit. I'll shrink 'em down to 50k, and post away

RRSchmidt: That is a Woods belt number. Available at most Farm Implement dealers. Use the Woods name & the number without the IH "WM" prefix and you should have no problem finding them. A Case/IH dealer would have crossed it immediately. 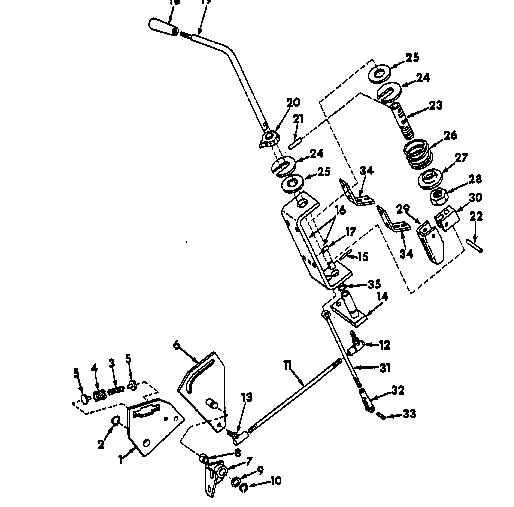 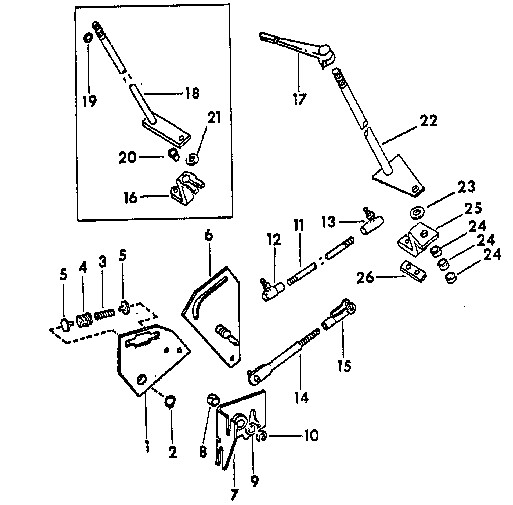 Roland:
Thank you for your help. It is much appreciated.
regards,
Keith
T

Charlie,
It looks like the difference in the 149 controls is that there isn't any friction disk assemblies. Is this was makes this design poor? The linkage can move on its own?
Whats your opinion on the 147 linkage? Other than it's tough to adjust.

Thanks for the diagrams, but I still don't get how the 123/127's maintain constant speed vs the 149's and Quietline hydro's. It appears as though they all have the item #1 spring plate and spring assemblies, which allow the swashplate lever to move within the springs in the first place. How do the 123's stop this movement under load?
D

For all You TERMINAL INSOMNIACS, Last night or this morning actually about 2 AM Max Armstrong had TSC & the MTD Product Mgr. for Cub Cadet on RFD-TV in one of those hour long Info-mercials with viewer call-in. Kinda interesting actually. Plus MTD/Cub Cadet is having a Test Drive promotional campaign for the next couple weeks. Wish We had a TSC store handy! Home Depot may be part of that as well..... My nearest HD is close enough I could run My 982 over and show prospective customers what a REAL CUB CADET is!