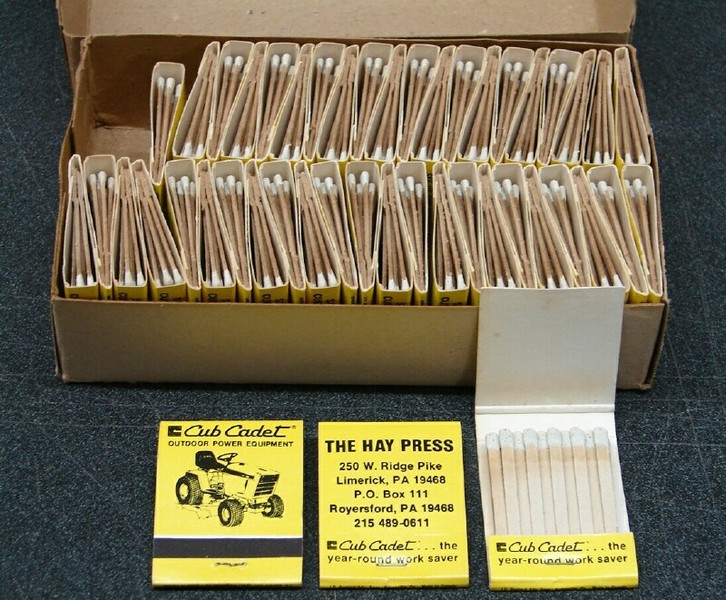 Moved some sand today with some machines that rarely leave the shed. I purchased the 70 years ago from Paul Tombaugh. I really wanted the mower deck that was under it, bought it all because it had a slow second gear in it and I like that speed for mowing. Smokes a little, maybe more than a little, but drives very tight. The cart came from upstate NY by way of my dad after a neighbor said they had a garden cart to get rid of. Turned out to be a #1. 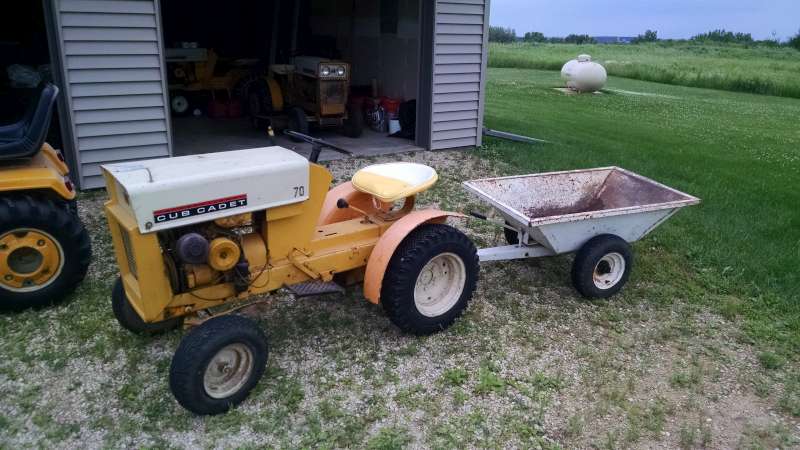 Oh I forgot, these finally came in today. 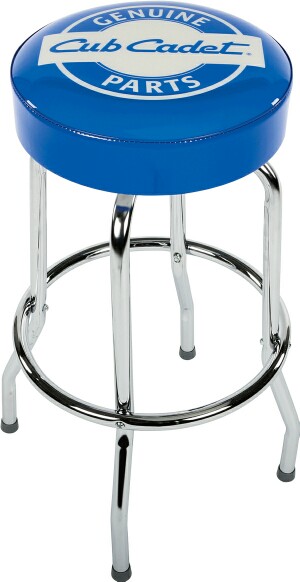 As my taillight saga continues, I THINK that possibly some of the marker lights might be original on it. 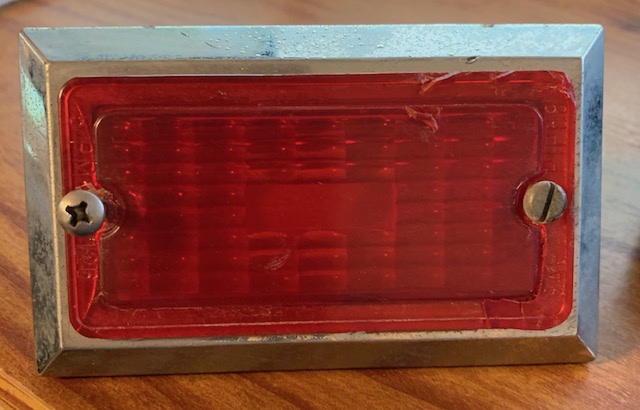 but the rear ones in both appear different than the front ones. That's backed up by this little thing from (I believe) the 1973 advertising for them. 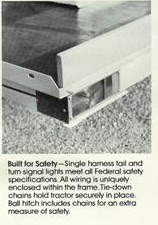 I've also heard rumor that electric brakes were an option on the 2000? At first I figured my drums were cobbled on after the fact because they have electric brakes on them (wires were clipped), but now I'm wondering if they might have been original . I need to replace the axle anyway since it's bent pretty bad, but I might try and save the drums now if they are kinda unique. New springs, hubs, axle and wheels are on the way, though.

I found setting up instructions for it on the interweb, so once that arrives hopefully I'll have some better ideas about these things.

The tongue is a little bent, so I'll need to straighten that out and patch up a few rusty spots on the frame. The dealer also welded on a winch to a spot that probably shouldn't have had one, and 40 years of flexing cracked a few things up front, but nothing too serious. After that's fixed, I'll clean it up, prime and paint it, hang the new underpinnings under it, re-wire it and re-deck it and then see if I can find the right decals.
D 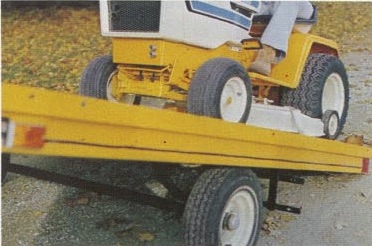 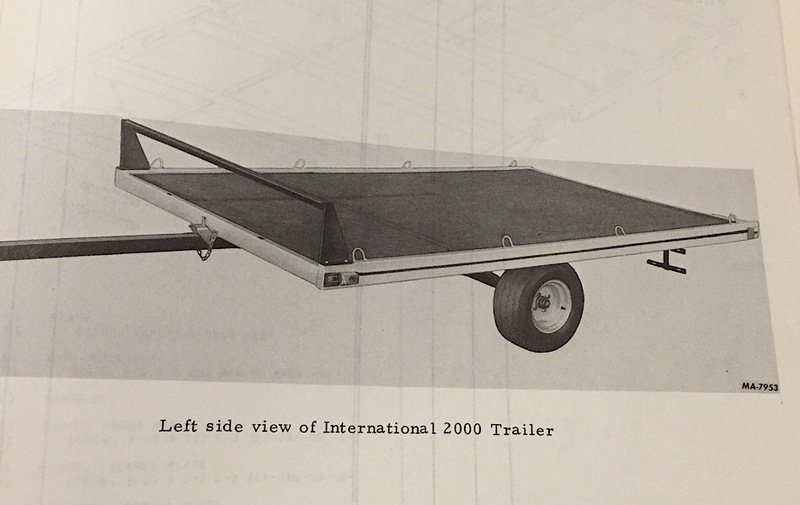 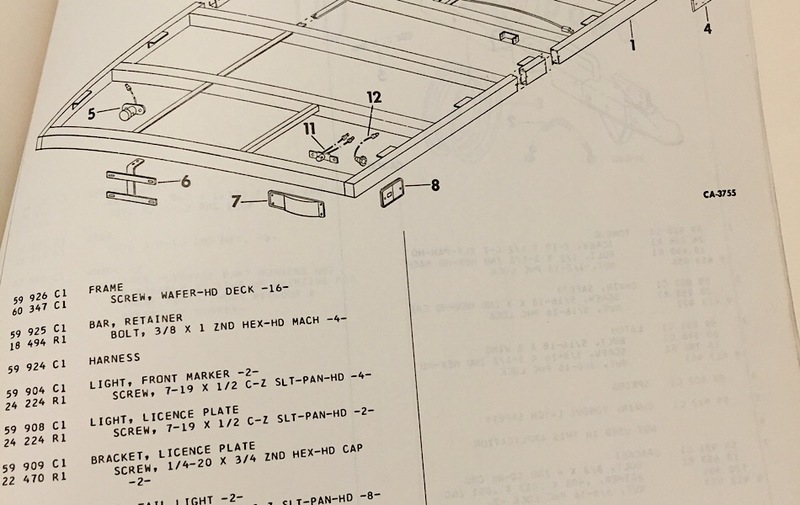 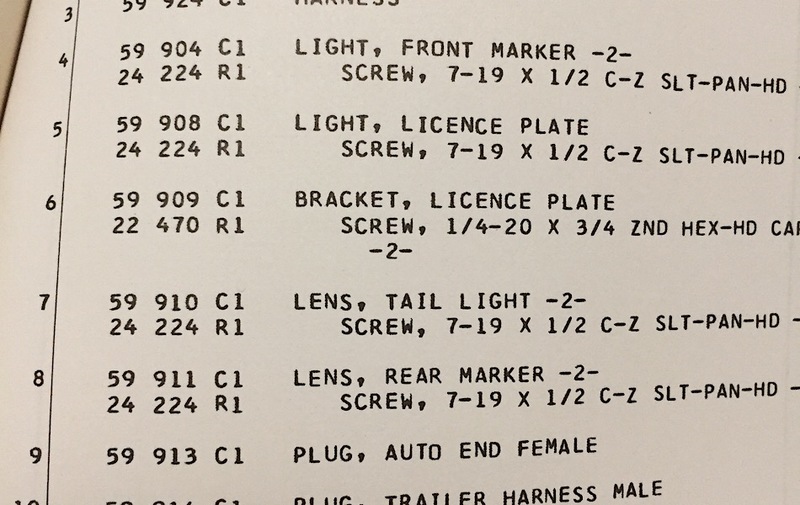 Probably has been asked many times but trying to figure out how to remove pto from the engine on a cub cadet model 70. I have the engine pulled from tractor for a rebuild. Thanks much! - Brad

Thanks Digger! I am going to give that a try. I appreciate your help!!
J

Ok for those that have put a mag 20 in a 982 and run a 60in deck with it I have questions. Maybe I was expecting to much but to me this mag 20 doesn't seem to have the pep I thought it would. Now I did put a carb on it off a kt17 and opened the main fuel screw up a half around more. with no load its right @ 3600 wtfo with no load. but if you get a deck with of a little taller grass it seems to drop rpms more than it should. I just rechecked the governor (loosen nut hold throttle back till stopped and rotated governor shaft cw) haven't tried it yet. my governor springs are hooked in the 4th hole on governor arm (out of 6 holes) from pivot. On the throttle arm they are hooked in the 4th hole also (5 total) from pivot. Now it runs fine. idles perfect and with or with out a load it never misses. Just doesn't seem to me to have the snap in power or governor action my kt17 do. Again this just may be the nature of this beast I don't know. first mag20 for me. Thanks for your help. Jim

I noticed you have been a member here for eight years and have only posted six times.
What's up with that?

Your profile states you own two of the best cubs (In my opinion) ever made. We love pics, especially of these earlier tractors.
We would love to see you post more often.

Charlie hooked you up on the pto removal info. Just don't forget to use plenty of penetrating fluid, and nice crisp edged Allen wrenches.
It is no fun to wring out the head of a set screw.

Steve, what holes are your governor springs hooked at? I am thinking mine are not set very sensitive.

Governor arm, short side, 5th hole from shaft (one open hole at end)

Governor arm, long side, hole closest to shaft, (one open hole at end)

Since I don't have any of my OLD parts manuals left and never got around to scanning them.
Anyone out there care to look at the old TC-113 and tell me what the part number is for the Original Front Axle pivot bolt?