A place for random photos,,,with no specific topic

Thought I would post this here. Don't wanna do a full documentary on it.

Well I guess it's not so bad being single again after all......I get to put my plow on the dining room table while I restore it. LOL 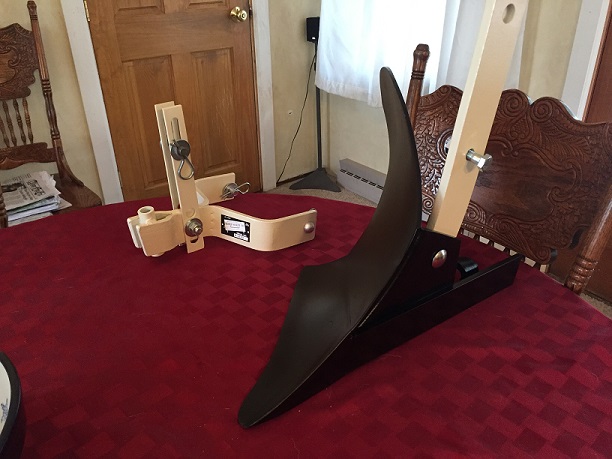 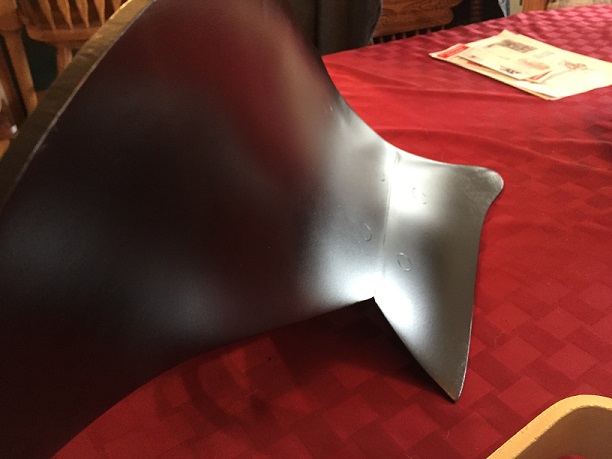 Dave: I just noticed the Facebook link you posted March 03. I had to laugh. It is an "epic fail" if ever I saw one.

I too would like to know what Tom Hoffman's reaction.

(I'm not sure anyone calculated how much weight the ship could handle before trying to load the excavator onto it.)
A

Jeremiah, Toms reaction is 2 posts down.

This afternoon's sky over Aroostook County: 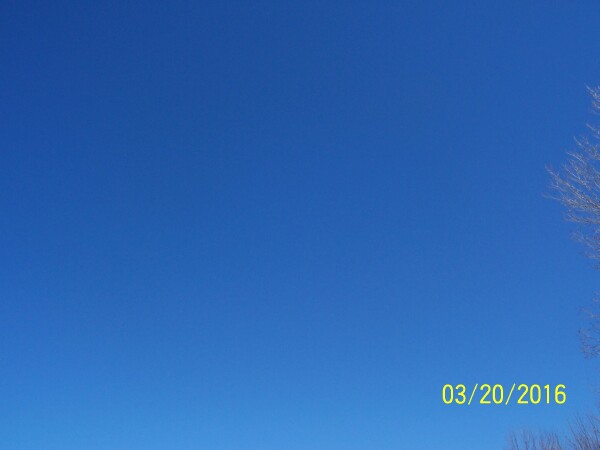 And I have been wondering, all darn winter, just what has been happening to all the suet I have been putting out!!

It WAS hanging on that meat hook!! 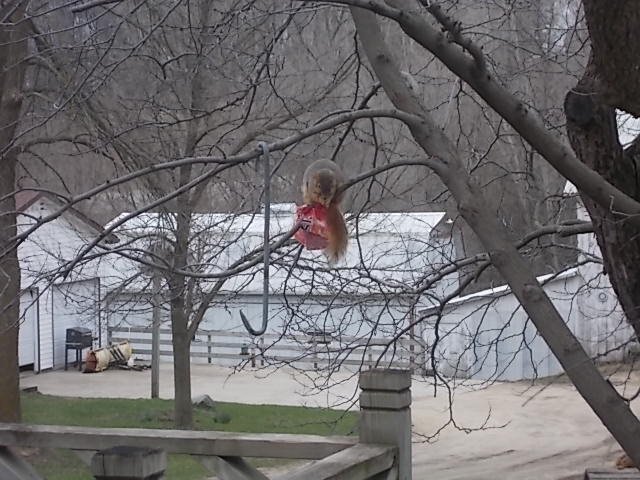 While working on my old Brinly plow I decided to partially paint the newer "work" one before I plowed the garden this spring. (Note that I put the serial number sticker on just as the factory did. LOL 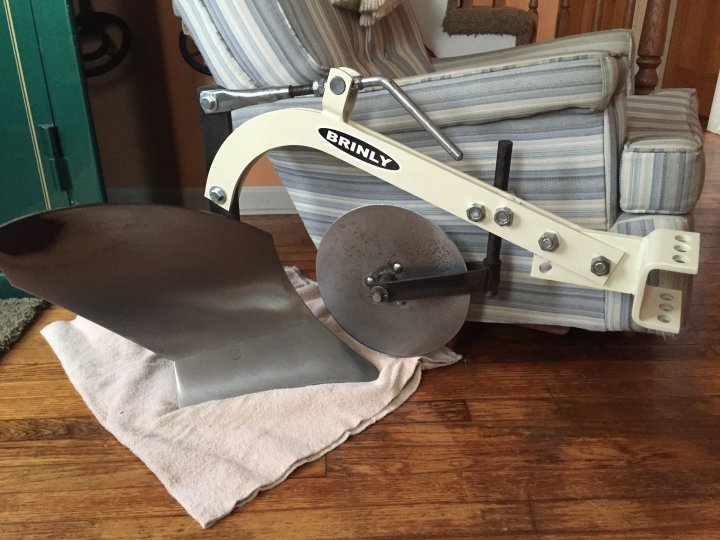 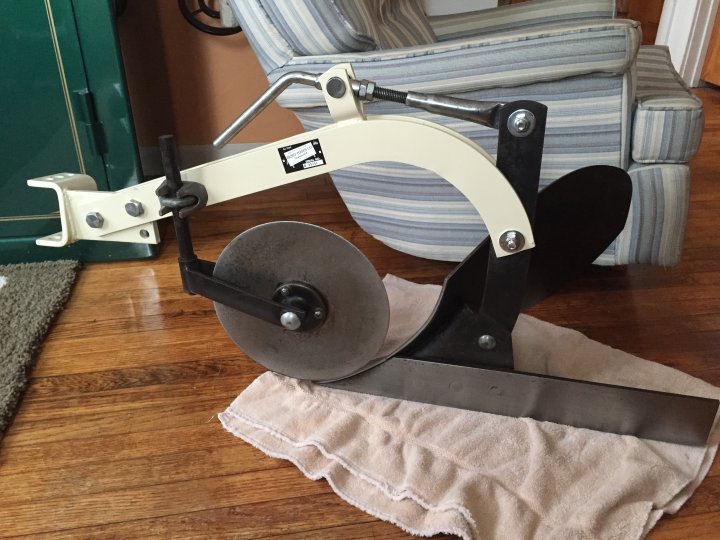 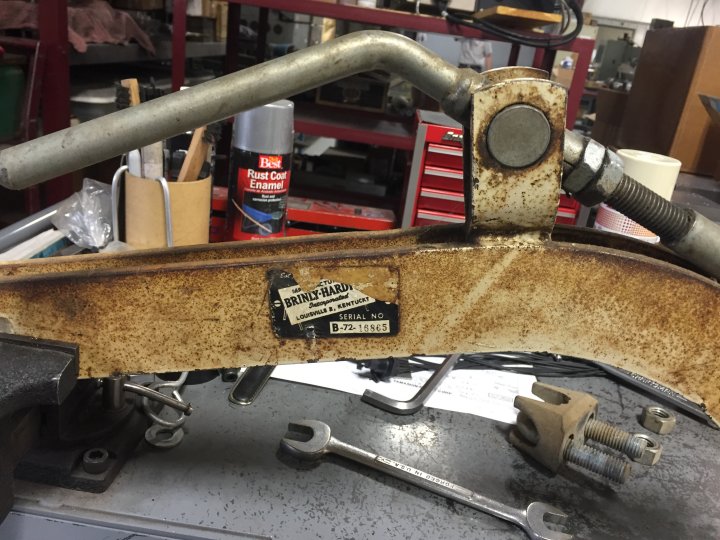 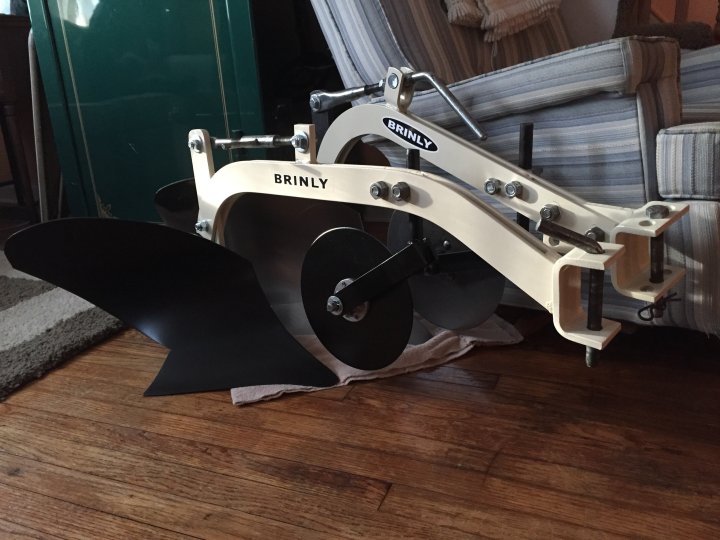 Was the serial number sticker placement intentional so as to be authentic? Just like runs in the paint on a Cub Cadet restoration.

That sticker placement reminds me of the car shows I used to go to.. Those perfectly restored muscle cars, with all the factory chalk/grease pen marks redone per pictures and the judges arguing over whether that was Joe Blow's or Tom Smiths marks and whether they were correctly placed.... You did great

Got my plow dirty yesterday. I did also, however, I didn't get any pictures. I was pressed for time.

For the first time in 40 years, I was able to use the plow correctly. We had 2 issues and without this forum, we would never have known how to fix them.

We have an "original" style Brinly Plow and Brinly Adapter (it is one of the "Y" shaped adapters, and the plow only has 1 hole in the drawbar, like the ones you restored and have the pictures of.)

The issues over the years were: the plow would not dig in and make a furrow without someone standing on the plow for extra weight, and when the plow was lifted out of the ground it would not "stand up straight" and would fall over in to the left tire and get caught in the chain (we didn't have Ag tires, so it was turfs and chains for us.)

A few years ago before one of the plow days, there was a set of discussions about getting ready and properly setting up the plow. We read through the various posts and procedures posted, and found out we never knew how to set up the plow. We bought the plow long before the internet, and it was used, and didn't come with any manuals.

Also, watching videos, and looking at the pictures, I asked the question: "how do you get the plow to "stand up" when out of the ground". At first, the answers were "you have to adjust the bolts"... Which ended up with the "What bolts" question. After some discussion, it was figured out we had the older style plow and adapter, and we were actually missing a part!!! (back to the no manual issue).

So, a few weeks ago, I started to spray the adjusting turnbuckle with Blaster, to free it up, and I bought the missing part, the plates that go on the plow to keep it from swinging (Thank You!)

So for the first time, yesterday, I adjusted the plow using the blocks and concrete floor method (it was beyond way out of adjustment) and put the swing control plates on, and loaded up and headed to a buddies place to break ground on a new garden.

The first few passes there were a couple of growing pains, and I actually needed a passenger at first. Once the plowshare polished up better, it was all working as it should, with no passenger. Very happy with the way it works, and hooked to my 1650, with Ags and an extra 110 pounds in the rear wheels, it is a plowing monster!!!! Thanks to everyone that helped get me to this point... I am now looking forward to another new garden I have to break ground on in the next few days!!!!!

So between the now working plow, and the 1450 with the tiller, one of my buddies now has a beautiful start to garden..... now he get the "fun" part of putting it to use!!!

My springtime gig.
13 Hr days have been the norm the last 2 weeks.
Had a shower last nite and more today so all we got done today was pick up empties, only 4 hrs today
A welcome break!
At least I got a nice new truck to drive!! 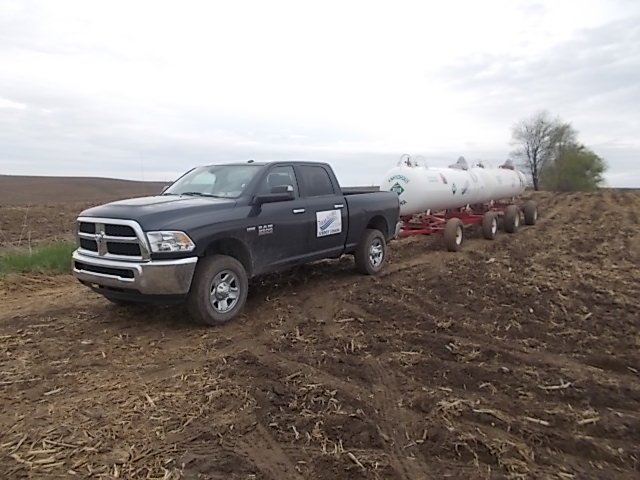 Dave, please explain to this city kid what your pulling. Thought it was a giant propane tank but doesn't look right. Nice new truck 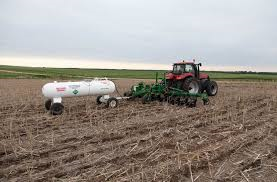 Is Ammonium Hydroxide the same an Anhydrous Ammonia?

Around here all the farmers (and the Meth Cooks) use Anhydrous Ammonia.........