I have just been given a Cadet 85

Welcome Alan,glad to have you! Any way you can send some pictures?
G

Alan,The engine cover (shroud) has numbers stamped in it.It will say code,model, serial no. They might be hard to find under paint ..The first 2 no. under code are the year the engine was made.Model no. identifies the class of engine,this is what you chase for parts and info..good luck !! Most B&S parts are still available...
J

Welcome Alan! I will go poke the guy I know with the most knowledge about those. BKoSK should be along soon.

Welcome! Please post some pics of that old girl. It always makes me wonder the story of equipment that wanders so far from home, especially during an era that wasn't so reliant on global importing and exporting. I wonder how many more cubs are wandering around the French countryside?
J

Yes we love photos!
Jay,
I was thinking the same thing, but “International“ is part of the name after all...
J

Alan, Welcome to the forum. It makes me happy that there is another 85 Cadet "bathtub" owner in France! This forum will be a huge help for you.

As Gary stated above, the Briggs and Stratton 8 HP Vertical Shaft engine used on the 85 has parts readily available. When you find the Model, Type and Code numbers on the blower housing, that will tell you everything that you need to know about the engine.

IH cadet 85 models were produced from 1975 to 1979. You will be able to tell if it is an original engine by decoding the numbers as described above.

I have a 85 Special that runs great after a carburetor rebuild and ignition work. I decided to eliminate the points with a readily available Magnetron Coil set up. You don't even have to remove the flywheel if you don't want to.

Here is a link from the forum for the service manual: http://ccmanuals.info/pdf/IH-GSS-1417.pdf
Here is the serial number that you provided: 03400250063127
A kind code of 034 is used for IH made Rear engine Riding Mowers.
0025 = 85 riding mower with electric start
I think the rest of the serial number indicates July-Aug of 1978
Others on this forum could verify.

The 85 had a 32 inch mowing deck with two blades. The 85 Special had a single blade 28 inch deck and a rear bagger and attachment.

Download the repair manual - above or by searching for the links to the manuals on this site - it will answer many questions. As far as problems, if it has been wet and the transmission is rusty - they are obsolete and no parts are available. They were a Model 2010 or 2210 made by Foote - later Dana/Spicer. I found and combined four transmissions to build one. I did find a NOS transmission on Ebay several months ago - but they were used by multiple manufacturers and it worked, but I had to use the shifter forks and lever from a donor transmission. The rest of the parts are available if you dig. Start with vendors at the top of this page - they will help! Good Luck and let me know if I can help in any way. John 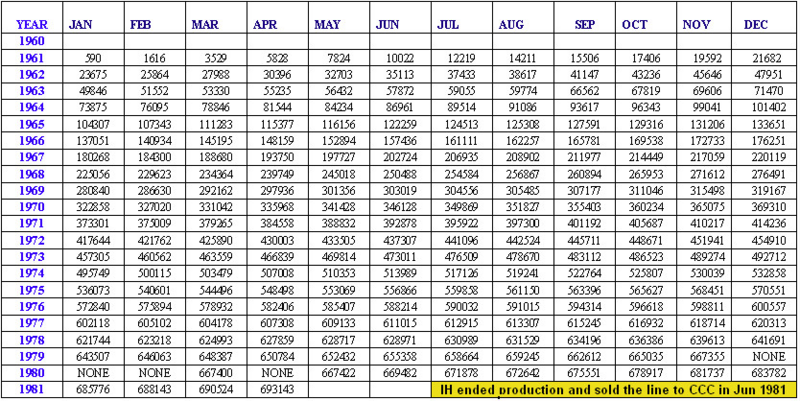 jkoenig said:
Welcome Alan! I will go poke the guy I know with the most knowledge about those. BKoSK should be along soon.
Click to expand...

Robert Allison said:
Welcome Alan,glad to have you! Any way you can send some pictures?
Click to expand...

Go into the preferences of your camera and reduce the size/resolution of your pictures. Many picture viewers have a way to reduce the resolution. I think you need to get down to 450x450.

Alan,
Welcome to the forum!
If your internet service and computer are somewhat similar to here in the US, I may be able to help you a little on the pics.
When you look at your pictures on the computer, left click on a picture to bring it up to full screen. You should see three little dots in the upper right corner. Left click on those three dots.
You should then see the word "resize" come up, along with other options. Left click on the word resize.
There should be three or four options shown such as S for small, M for medium, etc. Left click on the S for small, which is used for thumbnails or pictures.
It will then state to save a copy of the picture. You can save the resized picture where you desire on your computer. Just remember where you save it to. I usually save mine in documents or pictures.
Hope this helps, so we can see some pics of that nice cub!

Here is what John’s 85 Special looked like just before he got it. I relayed it to him. I picked it up in Michigan and brought it to his home state of Missouri (I’m in St. Louis) where his son picked it up from my son, and it now resides in Shell Knob, MO under his care in his recent retirement.

And here it is just after a mowing. John seems to have a talent for getting others to mow with it...

Hello
I have had a look on the cowling .. and every where I can see .. no engine number ..
Is there a ignition coil that usually fits these Cadet 85's .. If so can some one please supply the part number so I can order one ..
Thank you
Rgds
Alan
M

John Wyrick, the chart you provided is to my knowledge applicable to Cub Cadet Tractors. I do not think it applies to Cadet units.
If I am wrong, someone will point it out I am sure.

Mike, you are correct, that chart is for IH built Cub Cadets not IH built or any other Cadets.
G

Alan,again the numbers are stamped in the housing.Usually across the end near the spark plug. At any rate you're needing a Briggs coil NOT a cub coil... look up 8 hp Briggs from "70s ..should be easy...
B

Alan Nicholls said:
Hello
I have had a look on the cowling .. and every where I can see .. no engine number ..
Is there a ignition coil that usually fits these Cadet 85's .. If so can some one please supply the part number so I can order one ..
Thank you
Rgds
Alan
Click to expand...

Use our parts diagram tool to find the parts you need for your machine. Select the model and year, then browse the parts diagrams to find the right part. Add to cart when you're ready to purchase and we'll ship it to you as soon as possible!