Ron Greenly: Thanks for the note about the "Speed Clip," my Kohler part number (KH-235603 "Clip, Speed")matches yours and I also find it listed for the K301A on Parts Lookup. The illustrations I find from both Kohler and Parts Lookup are a bit ambiguous, however. A good counterman would be really helpful in a case like this.

You don't have to send me a "Speed Clip" because the Forum Owner/Moderator must have been listening in to our conversation. He promised to send me one.
Thank you, Charlie, for the unsolicited assistance, you surprised me -in a good way

Jesse yes that is the correct thrower for your cub, as for the blade you will want a 42 or 54 inch dirt/snow blade.
The 42 inch will be the simplest to find. When looking at the blade make sure has the correct sub frame for your wide frame tractor.
The wide frame sub frame has two forks that curve upward as a narrow frames sub frame will be straight.
T

Johnny B,
I think the appraisers are right here.
R

Jeremiah..Glad to hear you got fixed up with the clip. If you get a chance sometime, give me a call about the machine we talked about briefly. I'm still interested to hear what you might have.

I'm making progress on both the yard cleanup and the K301AS teardown and inspection. (The work on the motor is my "reward" for working in the yard.

A closer inspection of the oil pan revealed that at least some of the metal flakes found in the drain pan came from the motor itself. 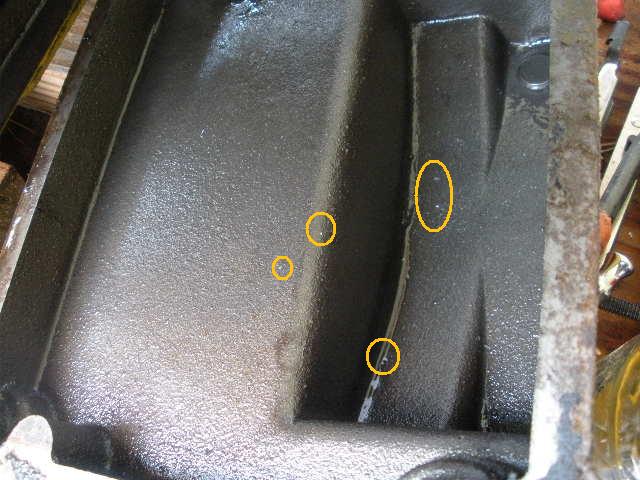 I was able to remove the bolt successfully without damaging either the pan or the bolt. I think this is only the second time in MY LIFE that I've been able to use an "Easy Out" as advertised. 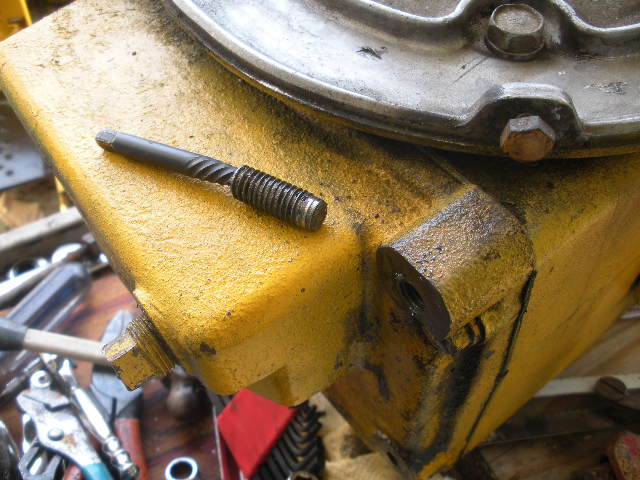 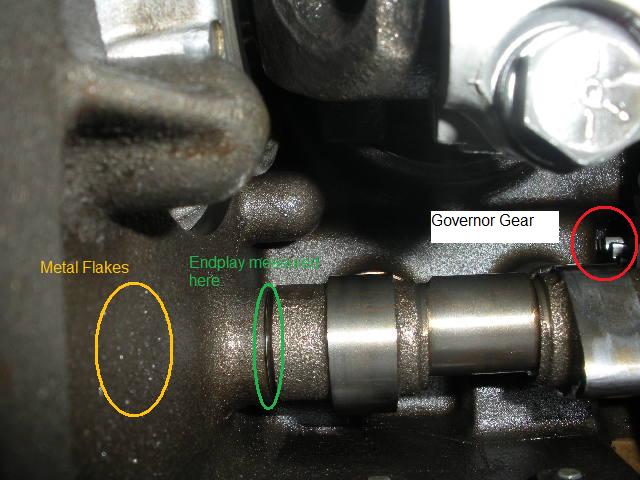 If I can locate some Plastigauge I plan to check the clearance on the rod cap today. I can certainly check the concentricity and taper of the cylinder.

I feel myself slipping into an engine rebuild. (double Ugh!)

Ron, I'll give you a call this evening after dark.

Happy Fathers day to all of you.

Happy fathers day to all you cubbers out there!

The 124 has been running REALLY well up until last weekend... I was mowing the back yard, which was a bit higher due to the rain and cruising in second gear... All of a sudden white smoke!

It's not the first time a cub cadet I've owned has smoked on me so I shut it right off, rolled it down to the barn and let it cool off before putting her away...

Did an oil change today (it was due next weekend anyhow) and besides being dark, nothing much to write home about...

She started right up BUT when I kick the PTO on, nothing... Sigh...

When I try to manually rotate the blades all the pulleys on the deck and quick frame wiggle just fine but the PTO itself doesn't move...

John B, I feel a IH light switch in excellent condition is worth $25-$30 U.S dollars excluding additional shipping charges. I know they are harder to find. Eventually some one will cave and give in to my trade offer posted in the proper section of the board, OR, it will go on my 72 { sweet } !
R

Brian...My 122 did the same thing a few weeks ago. Believe it or not, I found 1 of the 2 mule drive pulleys below the PTO froze up. Just something easy to check.

@Ron: I'll give it a check... I know one was getting rather cattie-whompus... Might be time to just order up two new ones...

I'll letcha know what I find, thanks =)
R

Jeremiah..Just got in from mowing and saw your post. I'll be up til at least 11.
W

Here's a small design change I made on my Cub and in a short bit of testing, seems to work well:

I had grown tired of the "teaser spring" and its usual short life, especially if any extra spring pressure was applied to it. I replaced the teaser spring with a stack of Belleville washers. As pictured below I only have 3, due to a slightly unconventional setup, but 5 would work in a stock appplication. Sourced through McMaster, the 5/8" ID fits tight to the driveshaft, and the OD just clears the opening in the clutch arm.

The clutch can still be engaged smoothly without the clutch wanting to grab abruptly. 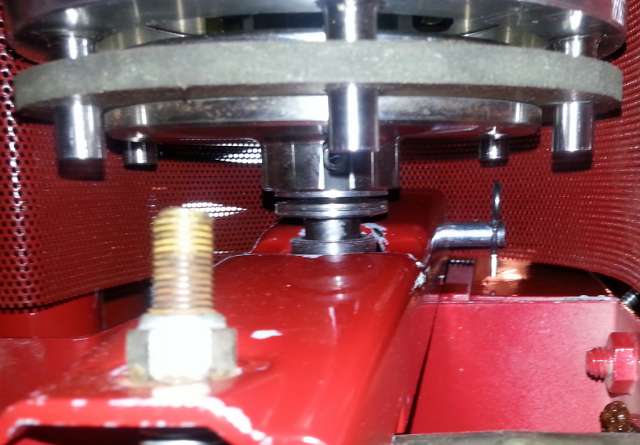 JEREMIAH - Don't worry about having to rebuild that K301, it'll be RIGHT this time. A few flakes of alum. are to be expected, but I think you're engine is WAY over it's maximum allowable limit already.

BRIAN E. - Yes, those mule drive idlers can "lock-up" when they fail. I knew I had some soon-to-fail idlers on the 982 a couple years ago so bought a new pair. One mowing 6 months later the one idler bearing was howling really good... after mowing about an hour out of no-where it locked up, the Onan started grunting... and pulled down and finally died all in about a second, faster than I could shut the PTO off. Engine started back up fine, went over to the shop and replaced the pulley and was back mowing in 5 minutes.

Had an idler fail 10+ yrs ago on the 72/38" deck. I was mowing after dark and saw sparks flying under the engine. When I checked the situation out the next day the ball bearings from the sealed bearing were all gone, bearing was rubbing inner-race against outer-race, and the outer race had worn completely through the inner race and half way through the mounting bolt! New idler pulley, & bolt and things were good as new.

Bit of advice, NEVER shut a hot engine off immediately after it's been pulling really hard. It's Terribly hard on parts. Eliminate as much load as possible, meaning stop the tractor, disengage the mower deck and let the engine idle at half engine speed. If there's a hole in the block from a failed rod or something, then it's O-K to turn the key off, the engine isn't going to "hurt itself" any more.

And I think we should nominate Wyatt for a position on the CC design team. His ideas for using the best of the old and best of the new ideas is great!

I didn't get a chance to look at mine yet but it looks like they aren't selling mule pulleys anymore at cubcadet.com and the ccspecialties website doesn't have the part number that matches what I'm seeing in my parts book...

Again, I'll need to confirm its a pulley issue, but, what am I to do?
B

I got some pictures of the tiller mount on my tractor. 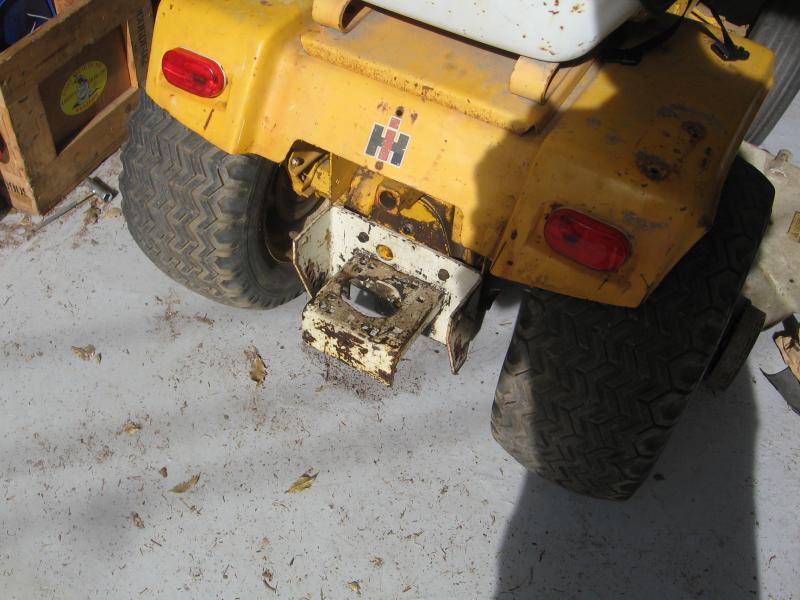 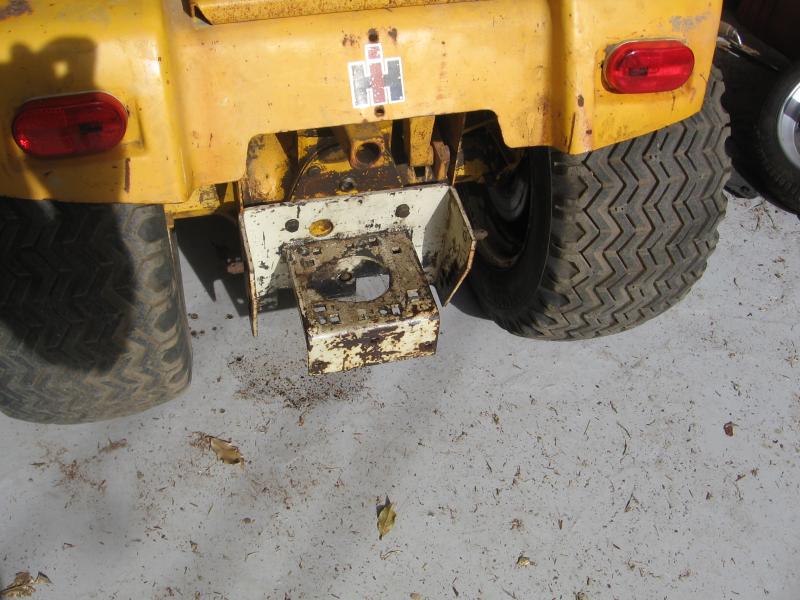 This is the scraper: 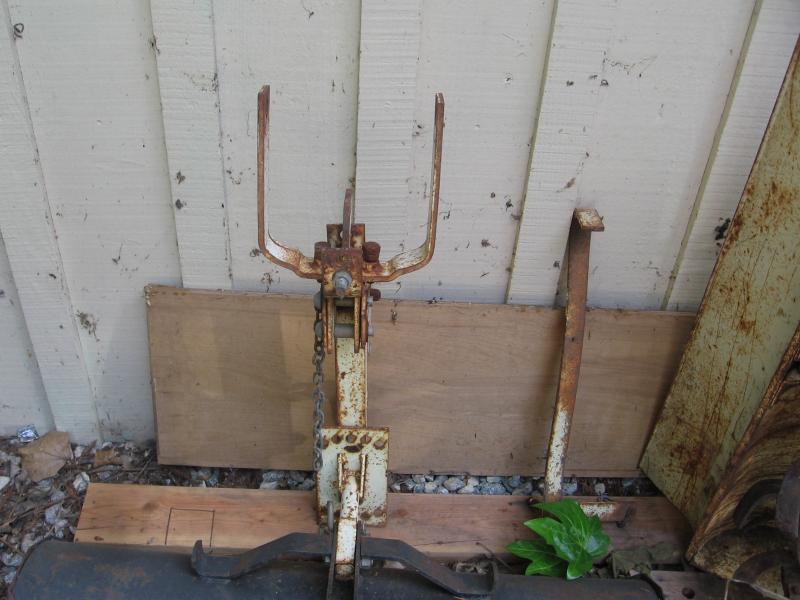 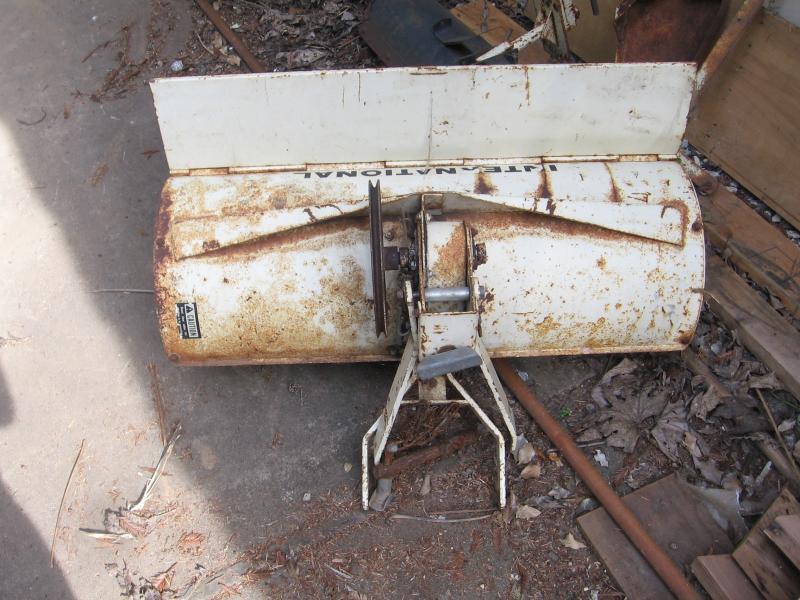 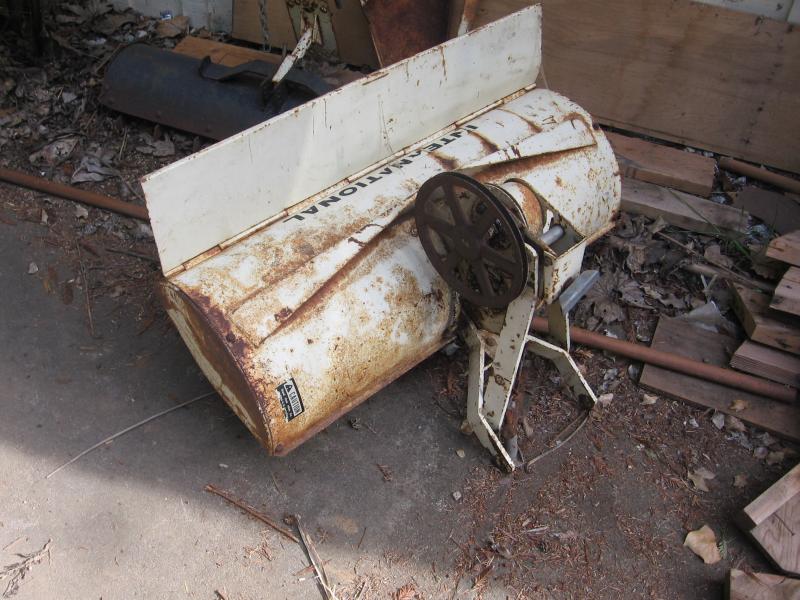 I am missing the bottom hitch bracket from the mount. Anyone know a good source for a used one?

It looks like the tiller mounts are complete. The scraper already has the Brinley adapter. Is it long enough to clear the tiller mount? Since this was sold as a package I am assuming it will.

BRIAN E. - Well, I'm sure mule drive idler pulleys are available from some place! I buy them at my local dealer all the time. The ones on the 982 are about 2/3rds bigger than the smaller CC's pulleys, not only because of the wider belt but bigger in diameter.

Just flip the belt off the idler pulleys and spin the pulley by hand. If there's resistance to it spinning or a rough grinding noise, replace with a new pulley.

From the results you described I'd be surprised if you could even spin the pulley at all.
D

Yes, I have the tiller gearbox. I don't have it on the bracket because I am want to use the scraper first and I want to figure out how to mount it on the tractor before I install the tiller parts in case it all has to come off to get the scraper on there.
You must log in or register to reply here.
Share:
Facebook Twitter Reddit Pinterest Tumblr WhatsApp Email Link