As purchased a week ago: 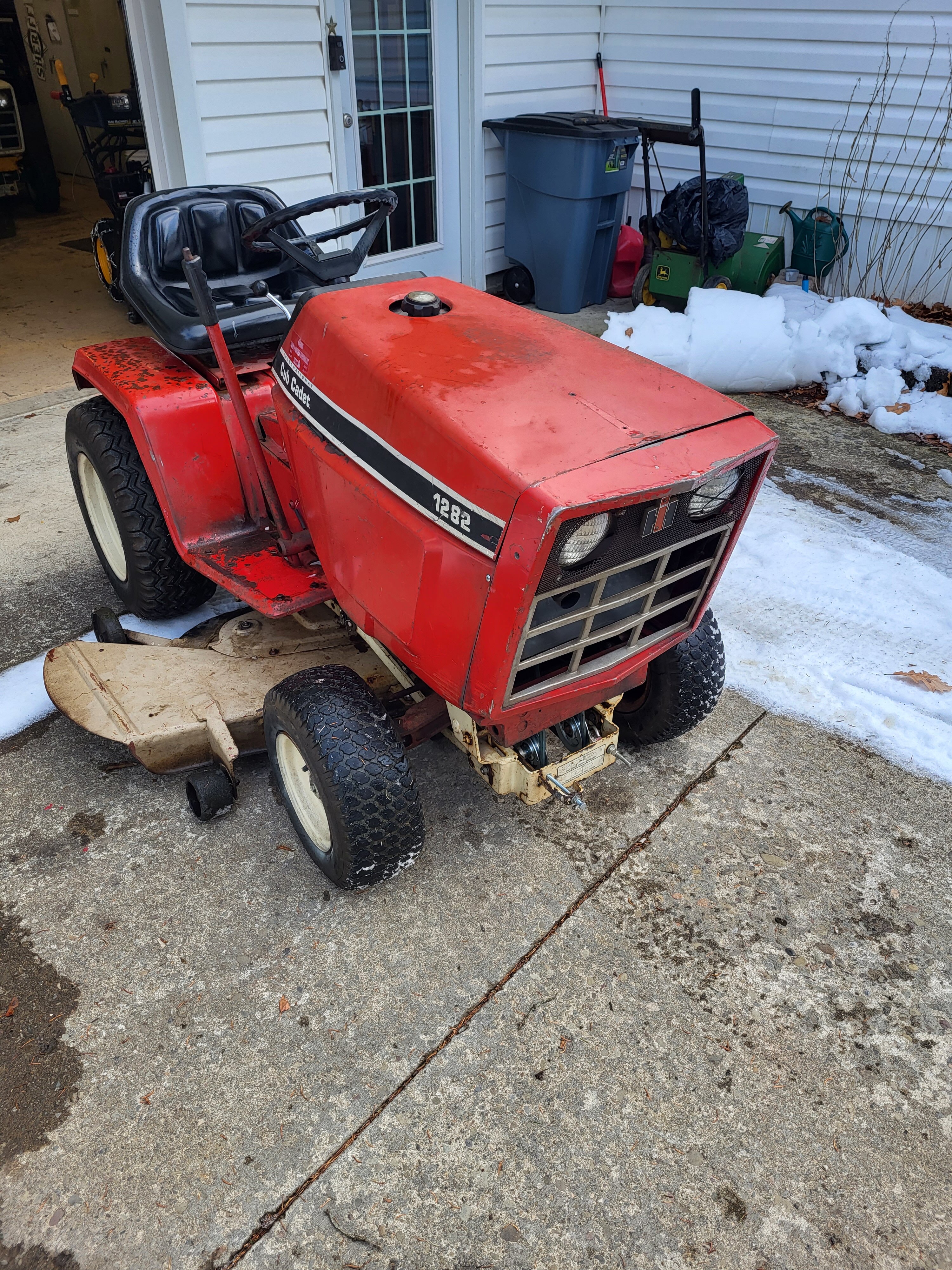 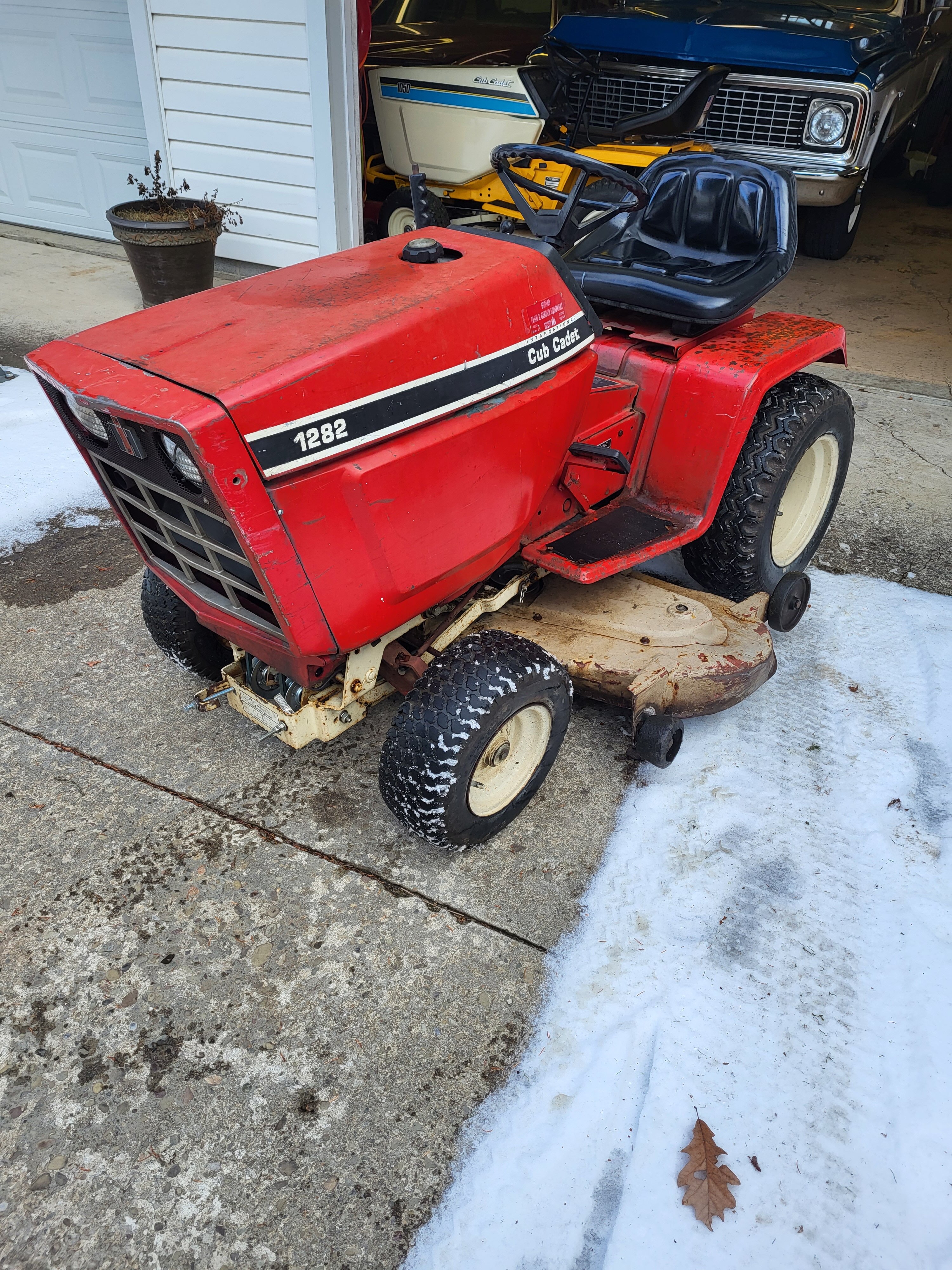 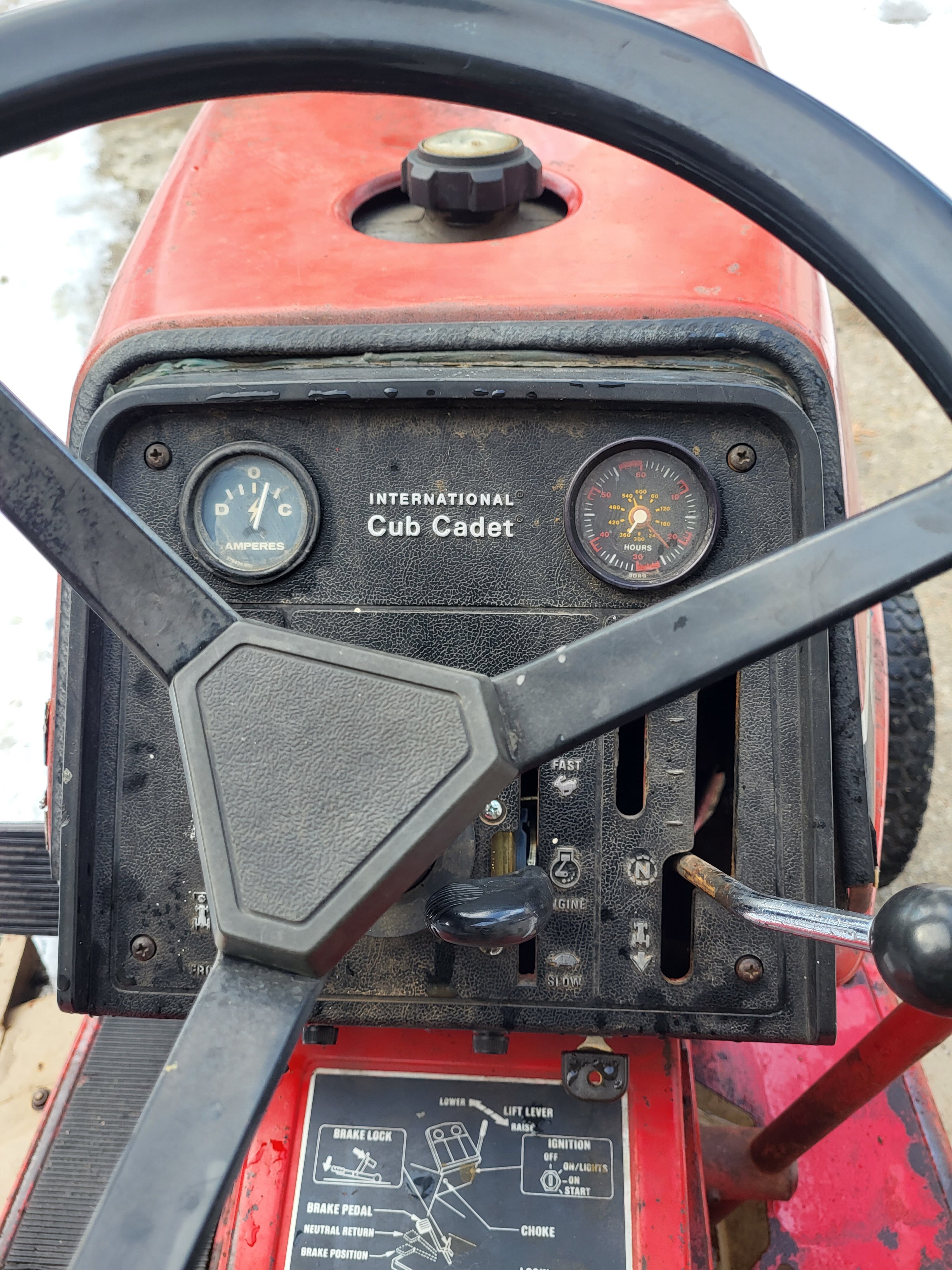 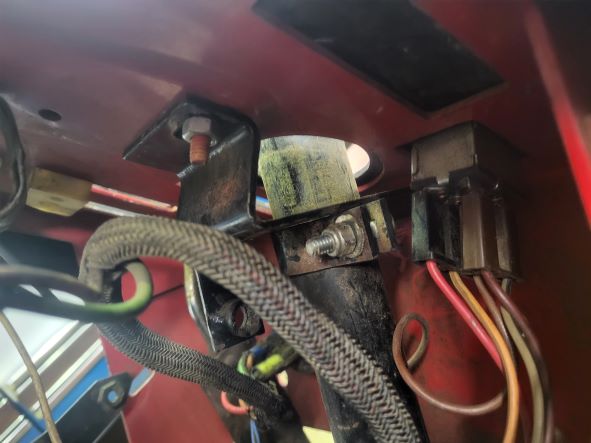 This fixed that problem entirely.

I'm replacing the steering wheel due to several chemical stains. While the wheel is off, a new MTD seal was installed after the upper column bushing was greased. 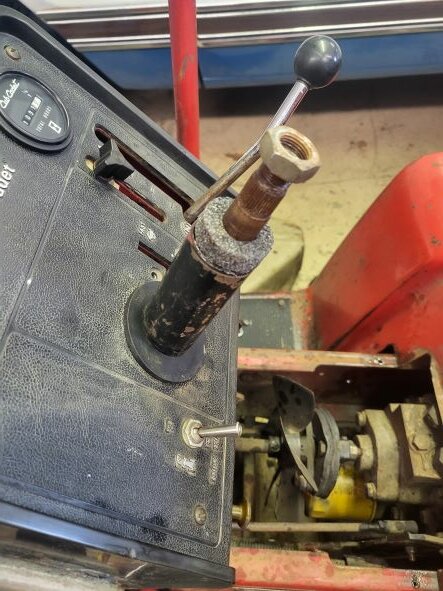 Also replaced at this time was the original maintenance minder, which I have never cared for at all. I had a nice proper later CCC hour meter on the shelf. Also, the rubber ring around the column was replaced with a nice original. More to come...

Not much corrosion under there, must have been inside most of its life.
Click to expand...

It's not bad for 41 years old. The lady I bought it from had it around 10 years, and it was always garaged when she had it. The hood and rear fender pan have moderate surface rust, so at some point in its life, it was rained on, or it was a really crappy paint job from the CCC factory.
S

Ok Guys you know when I drink Smoke wagon. I tend to ramble. Lol. So I was on my way to pic up a wrecked Tesla in West Virginia. Gods country. We are one of the only Body shops in Pennsylvania that are certified to fix Elon Musk masterpieces. I was 200 miles away from home when I spotted this place in the middle of nowhere! Did I say how much I love West Virginia! It is a Beautiful place. Anyway there was plenty of these cubs. The good ones. I’m assuming there is diesels in these tractors. Anyway here is the place. I was driving in my 2021 Chevy flatbed ( Made by International) yes you heard me . $130.000 International with Chevy emblems stuck on it. Here is the place
S

Try to goggle it
S

He has a bunch

Where does one get some of this drink smoke wagon ? Sound's like i need a pick me up.
S

Smoke wagon is made by a Bourbon guru. I believe he is in Las Vegas. He will go out and collect “micro” bourbon from a bunch of distilleries and blend and the bottle. It is very smooth.
S

As I was driving down RT. 119 through those mountains. That is where the bourbon trade started. Or Moonshine. I like the aged barrel version better

One of the few thing's that's better with age .
S

Went on Mountaineer power equipment Facebook page Look at all the Black Bear cubs raiding his garbage cans. Yeah that place is in the middle of nowhere. Heaven

moonshine is an unpredictable catalyst.

Accessory front bumper. Had to modify both mounting bolts due to the iso-mount engine framework. 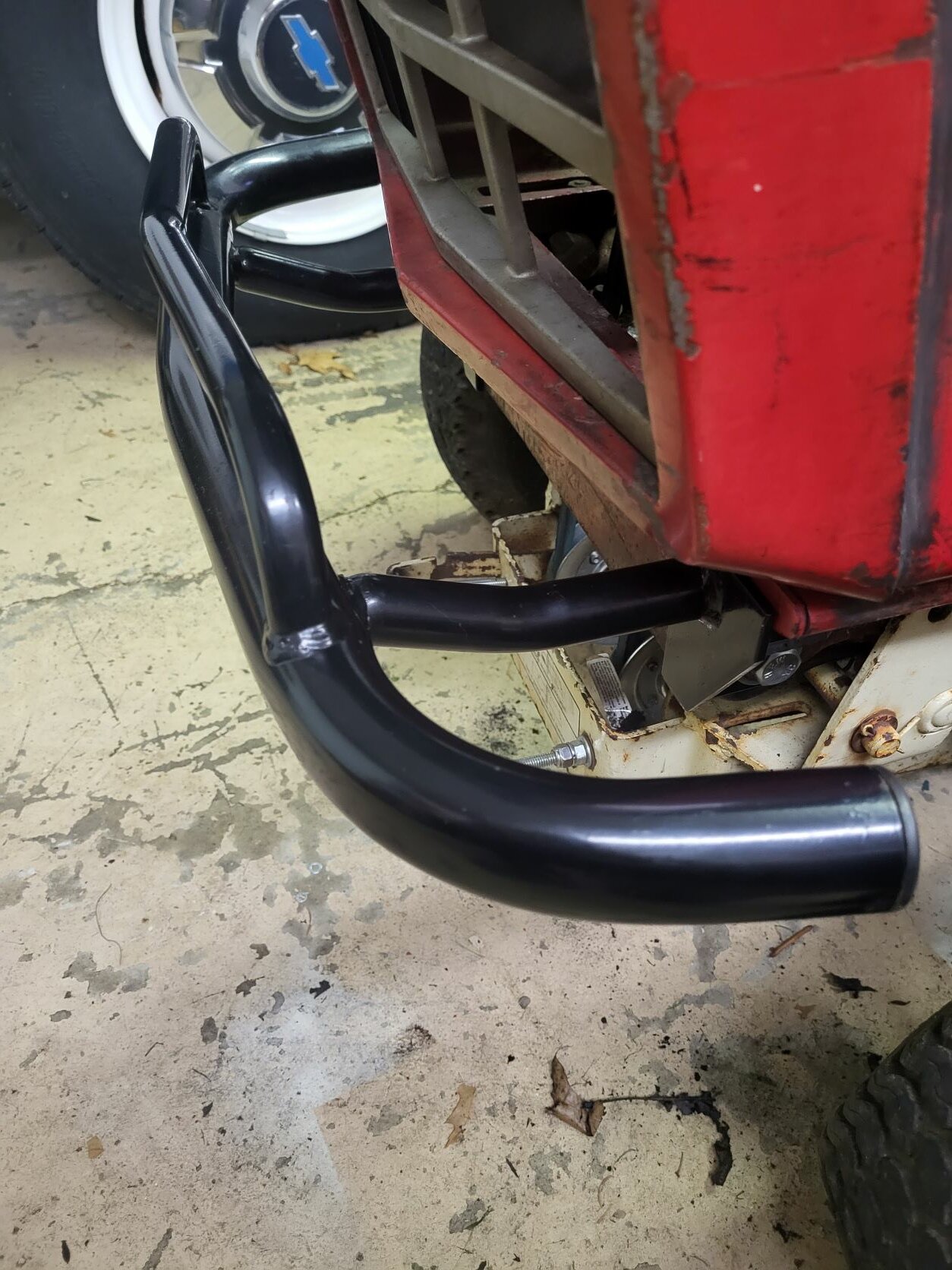 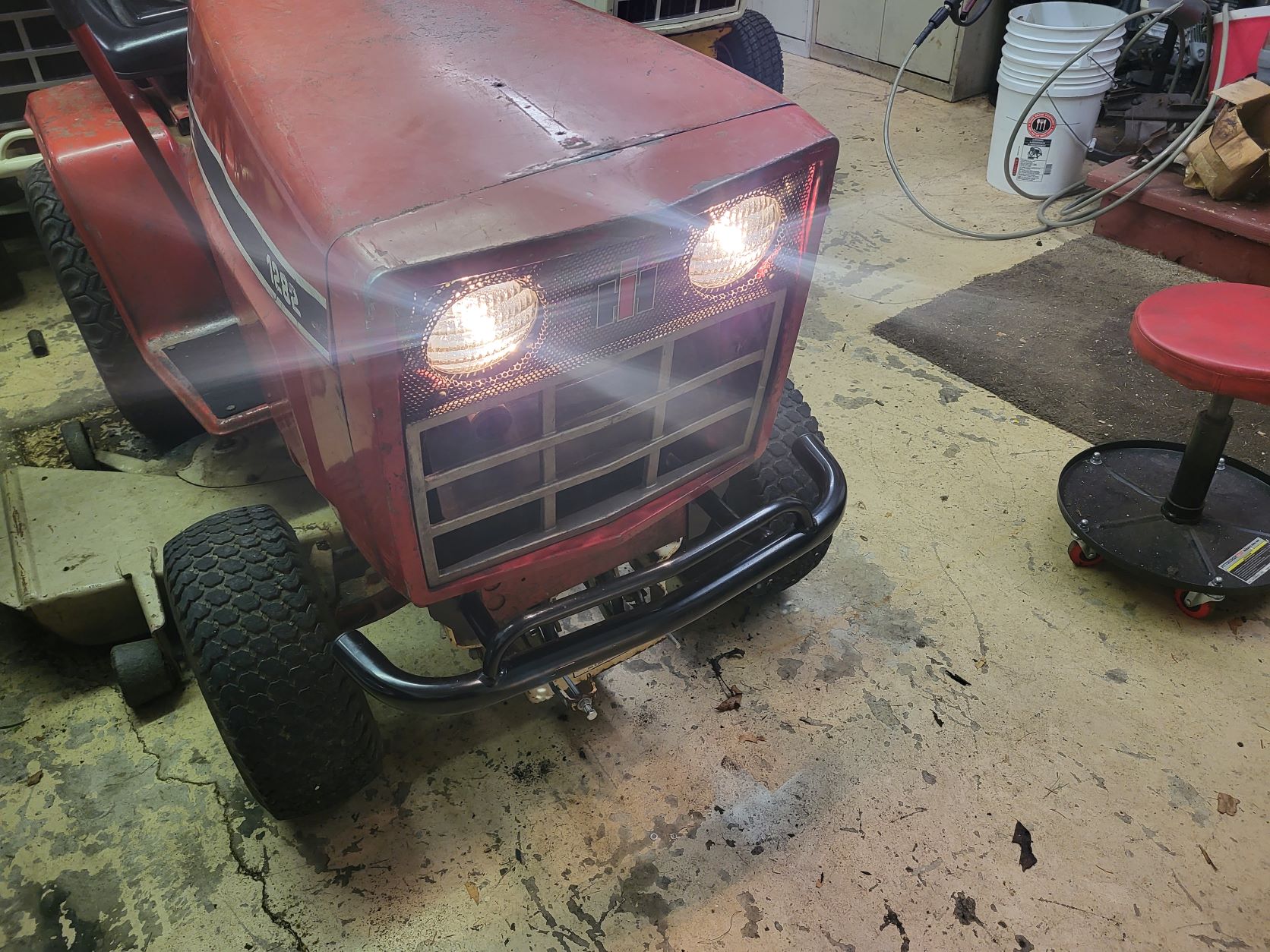 Repaired the IH emblem by JB welding new mounting pins on. The chrome plating is the best I've come across. 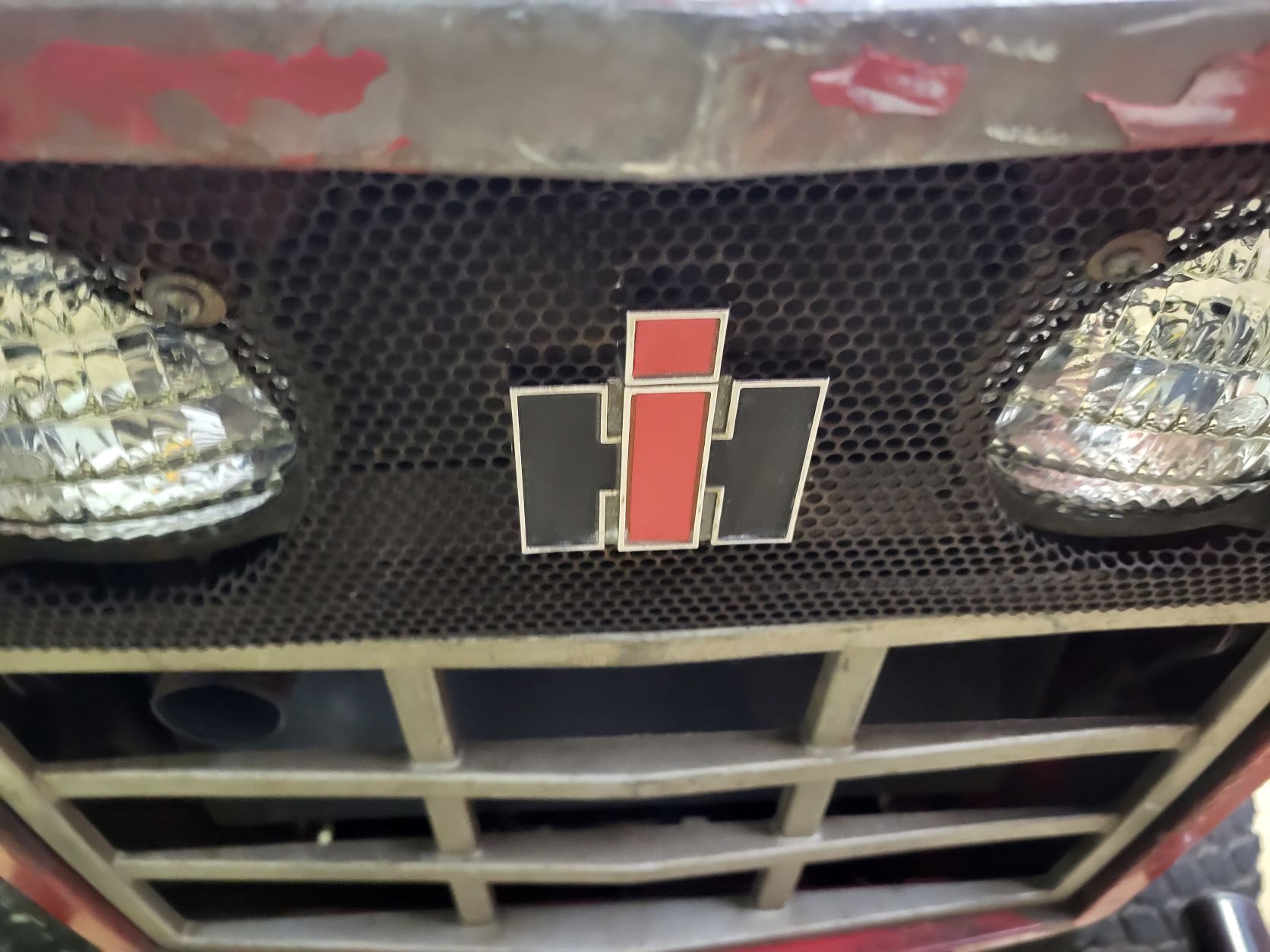 Mint ammeter to replace the faded original. It's showing a discharge from the headlights. 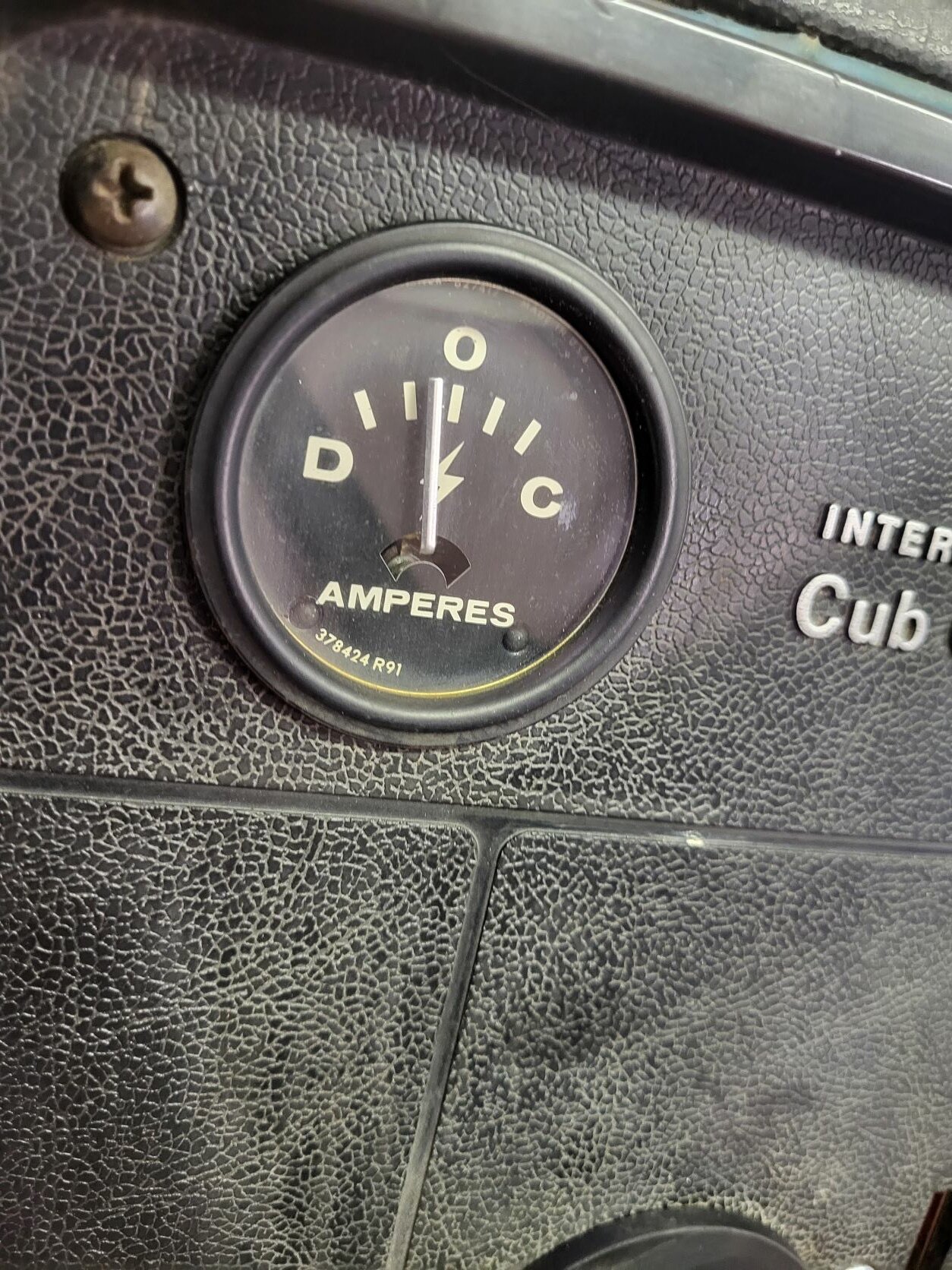 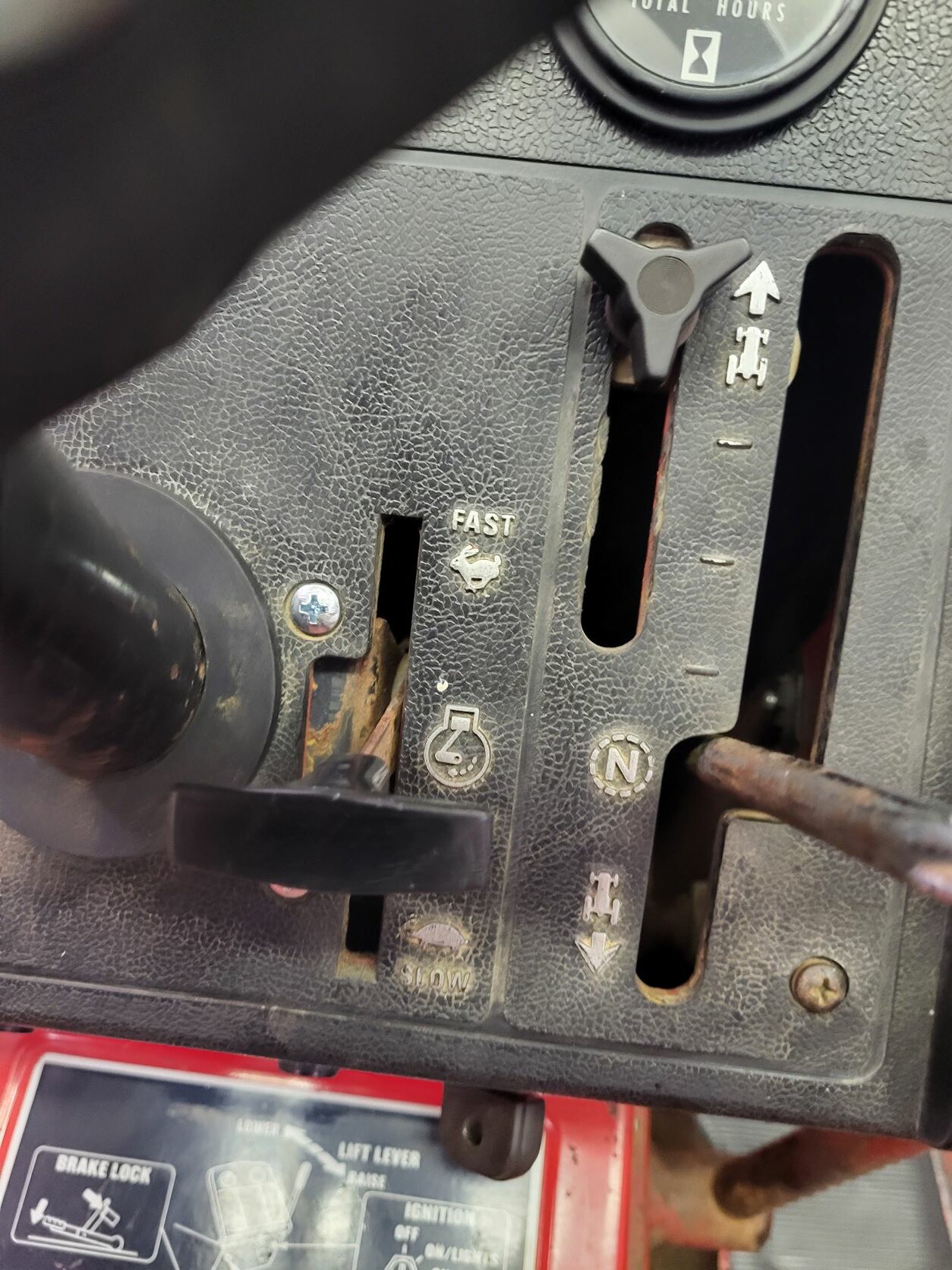 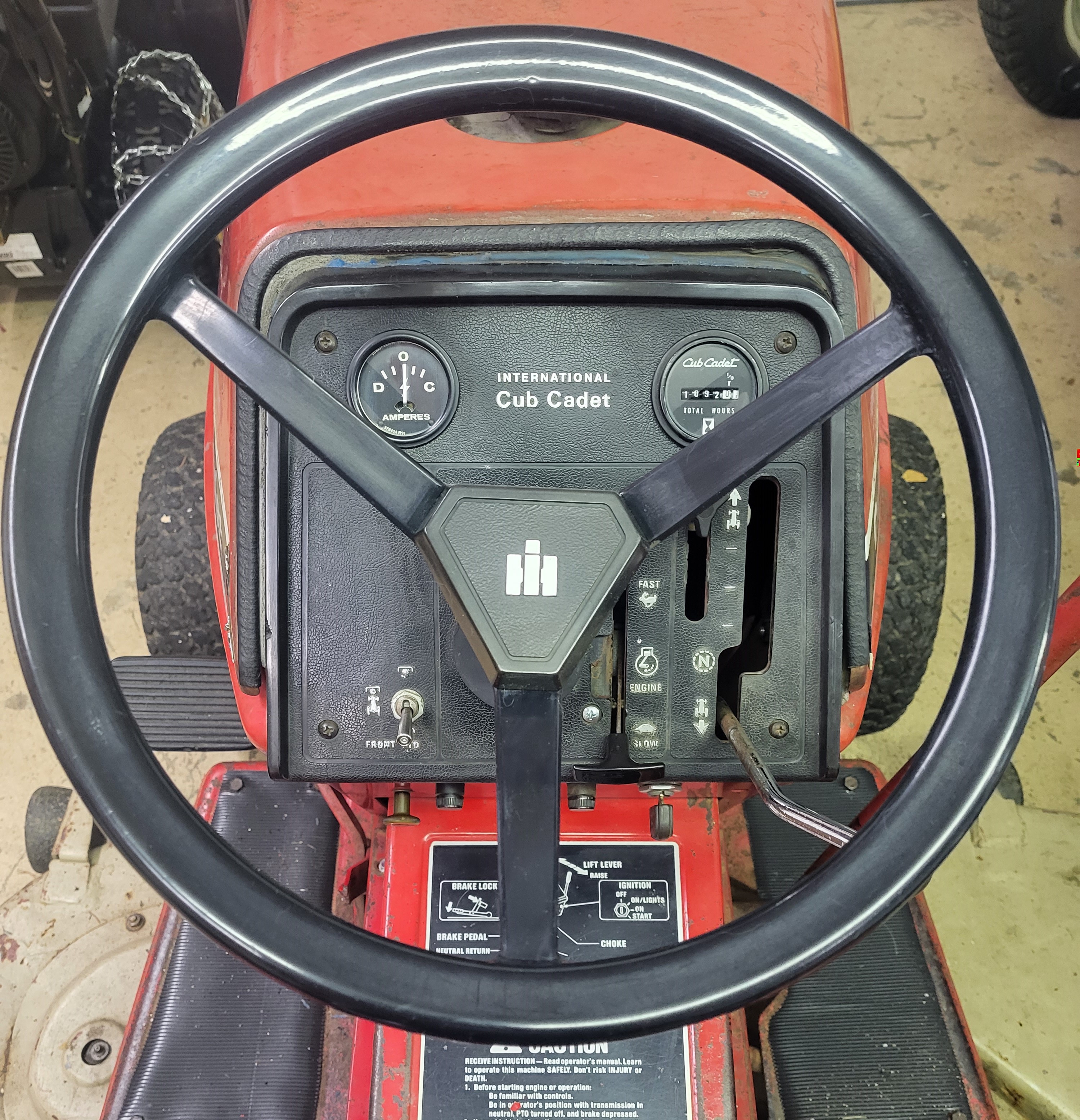 Located one of the short taillight harnesses, now both work 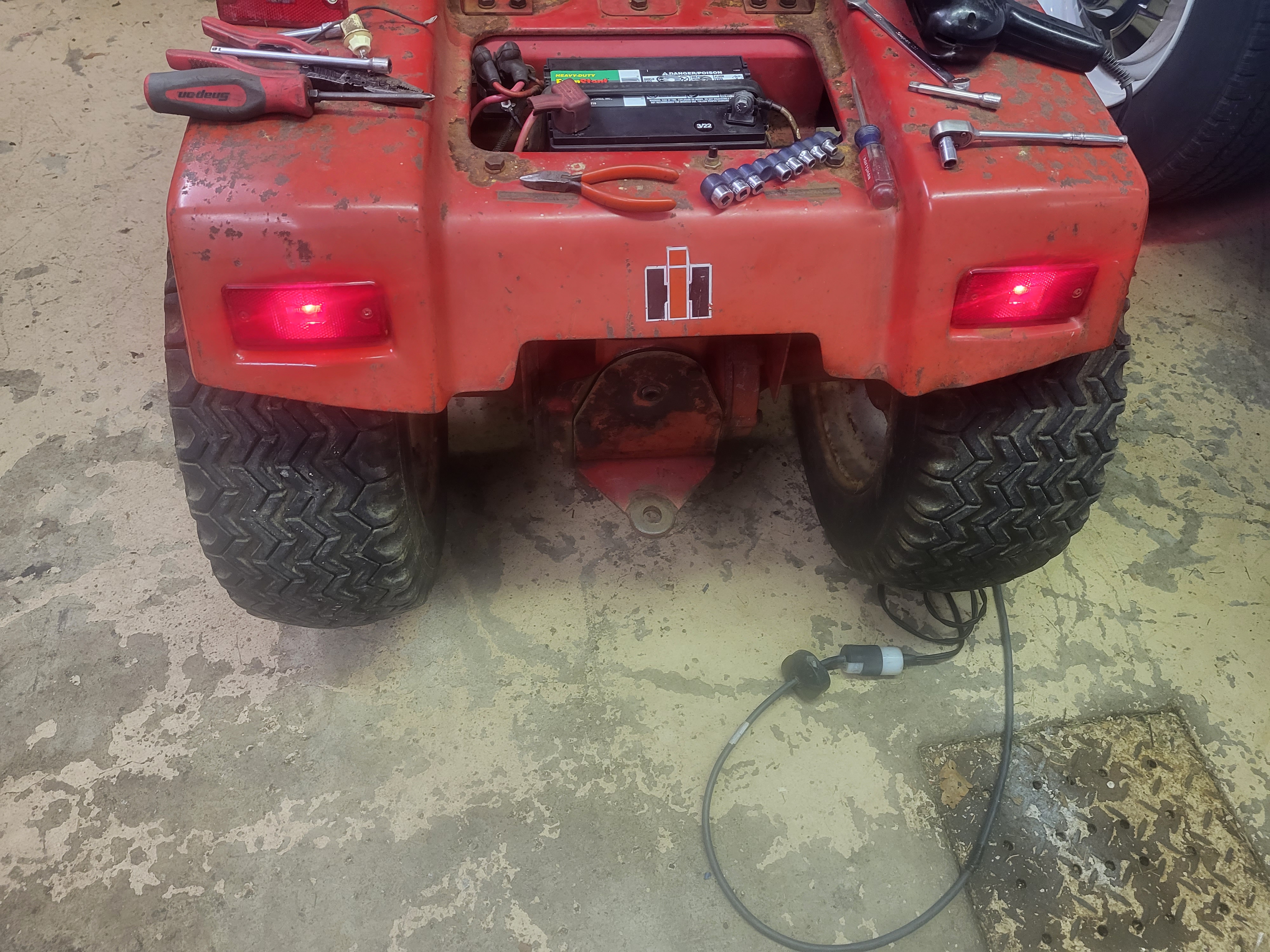 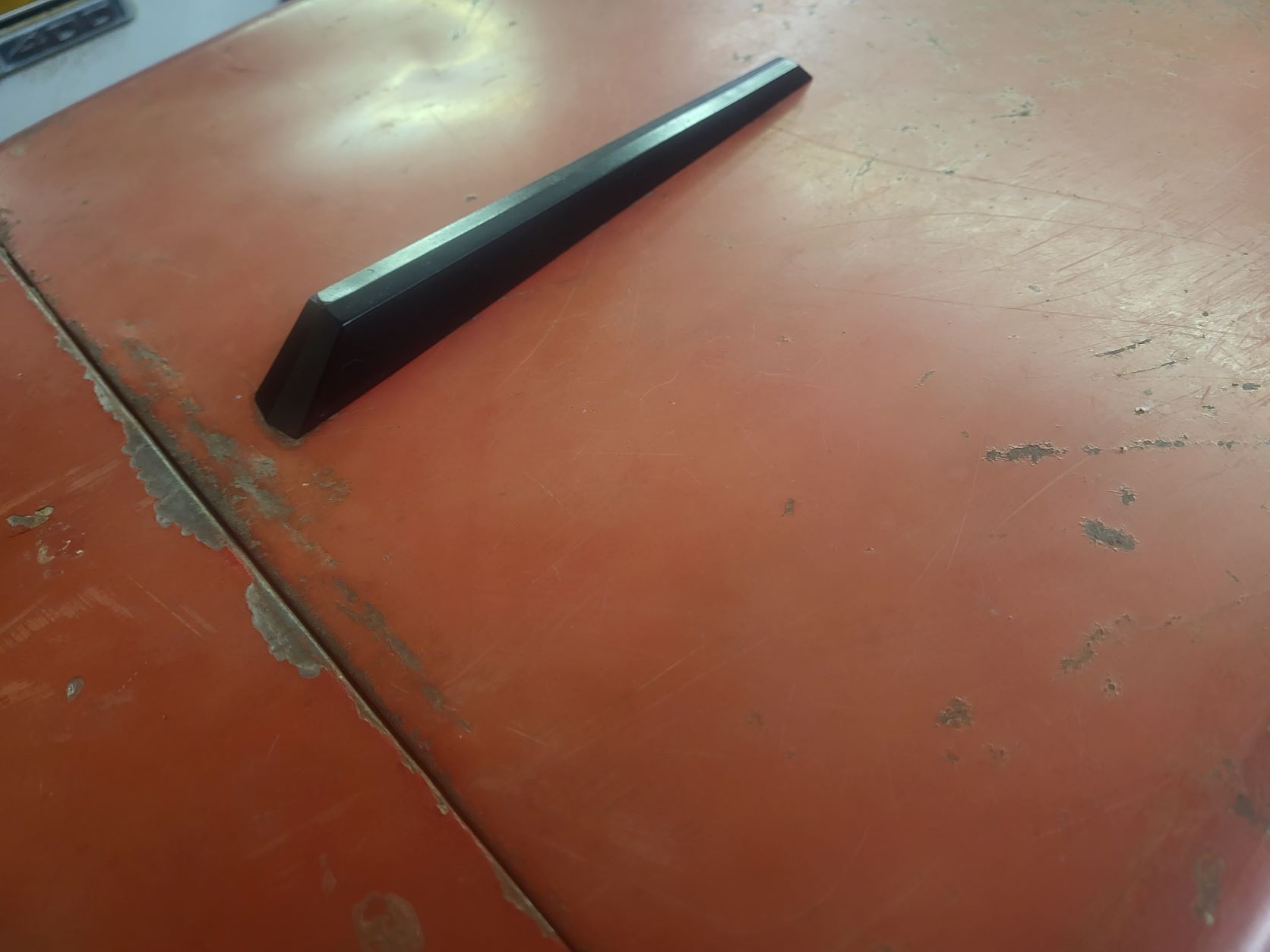 Filled in the large holes in the nose 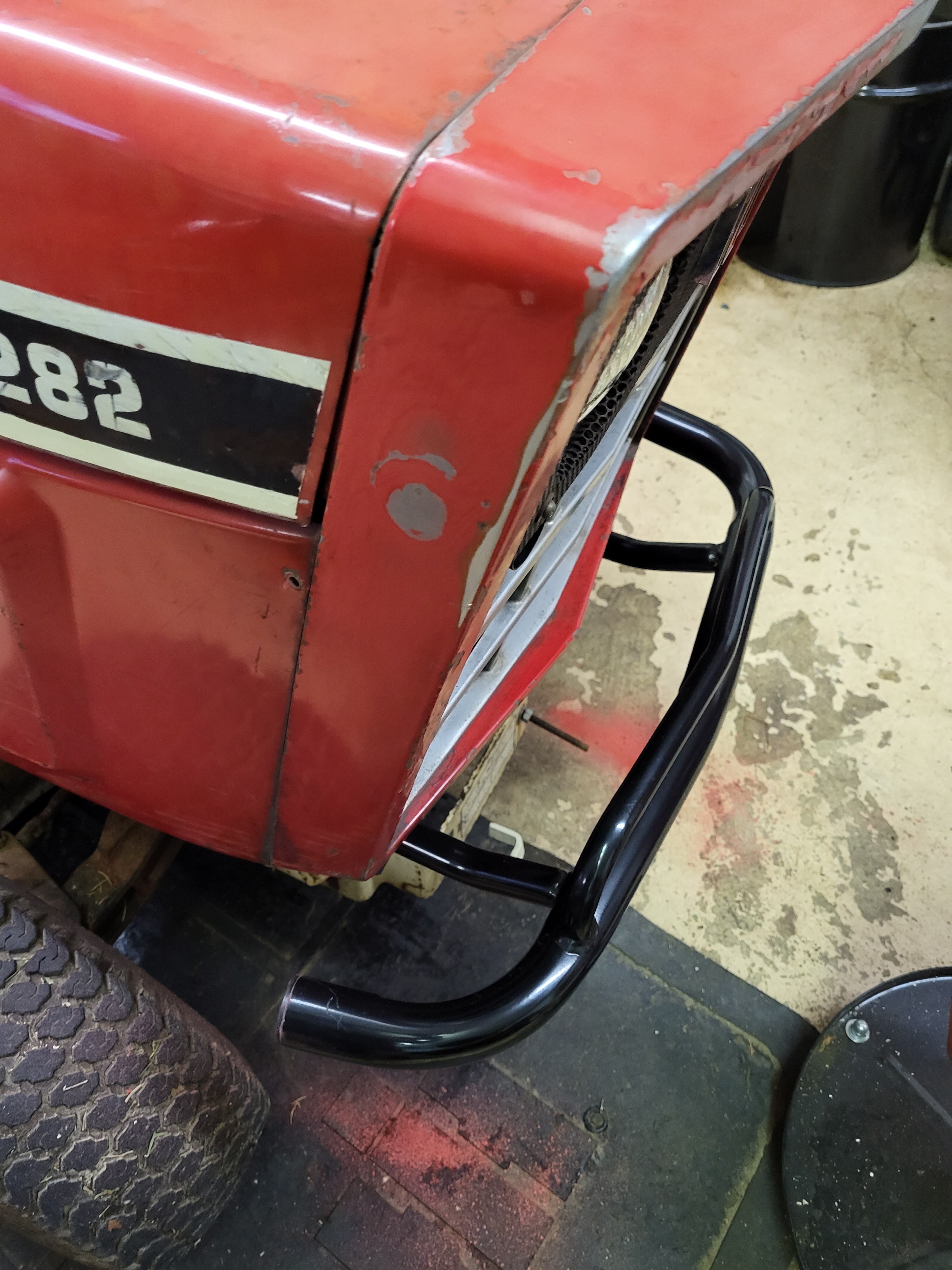 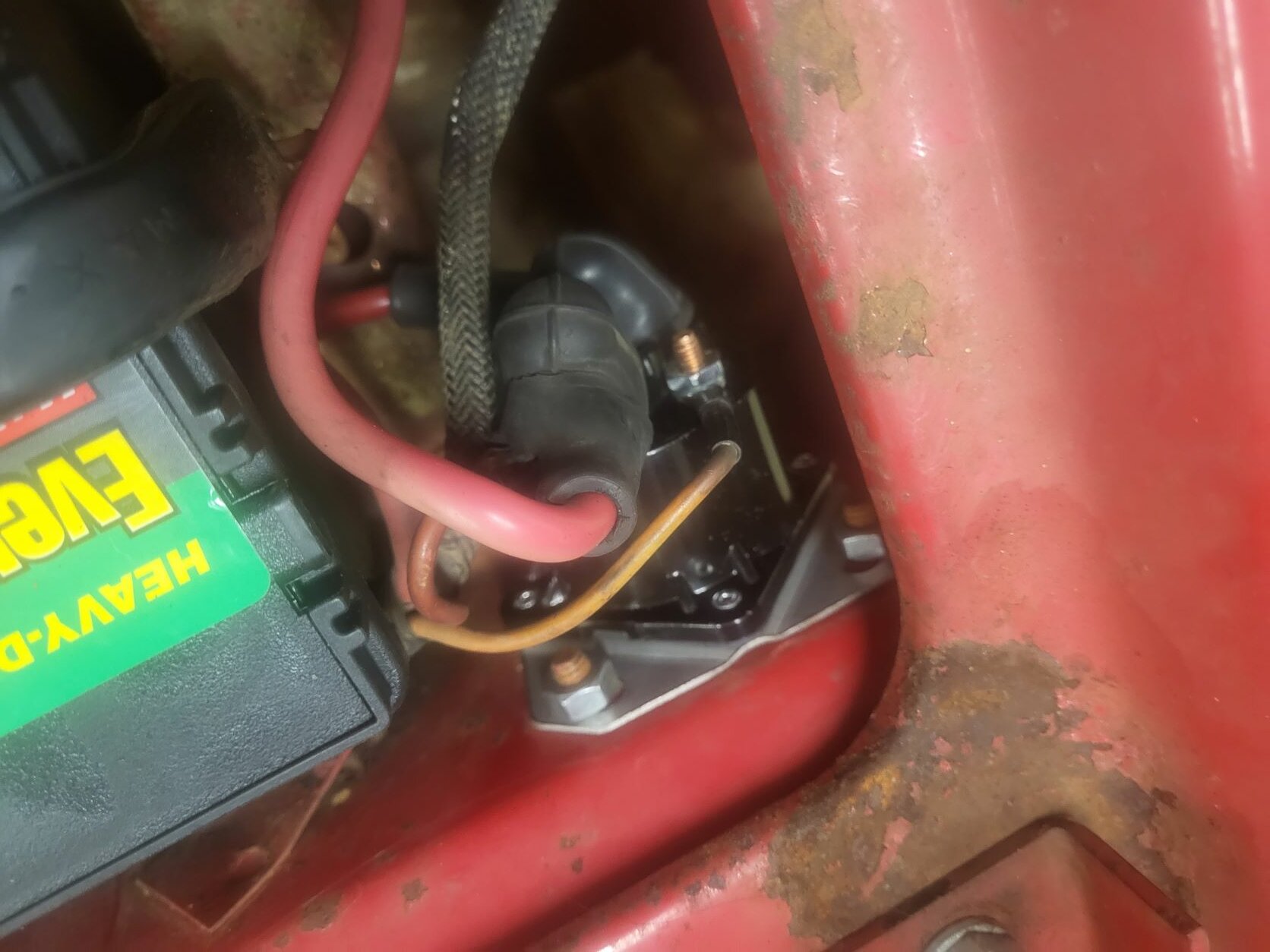 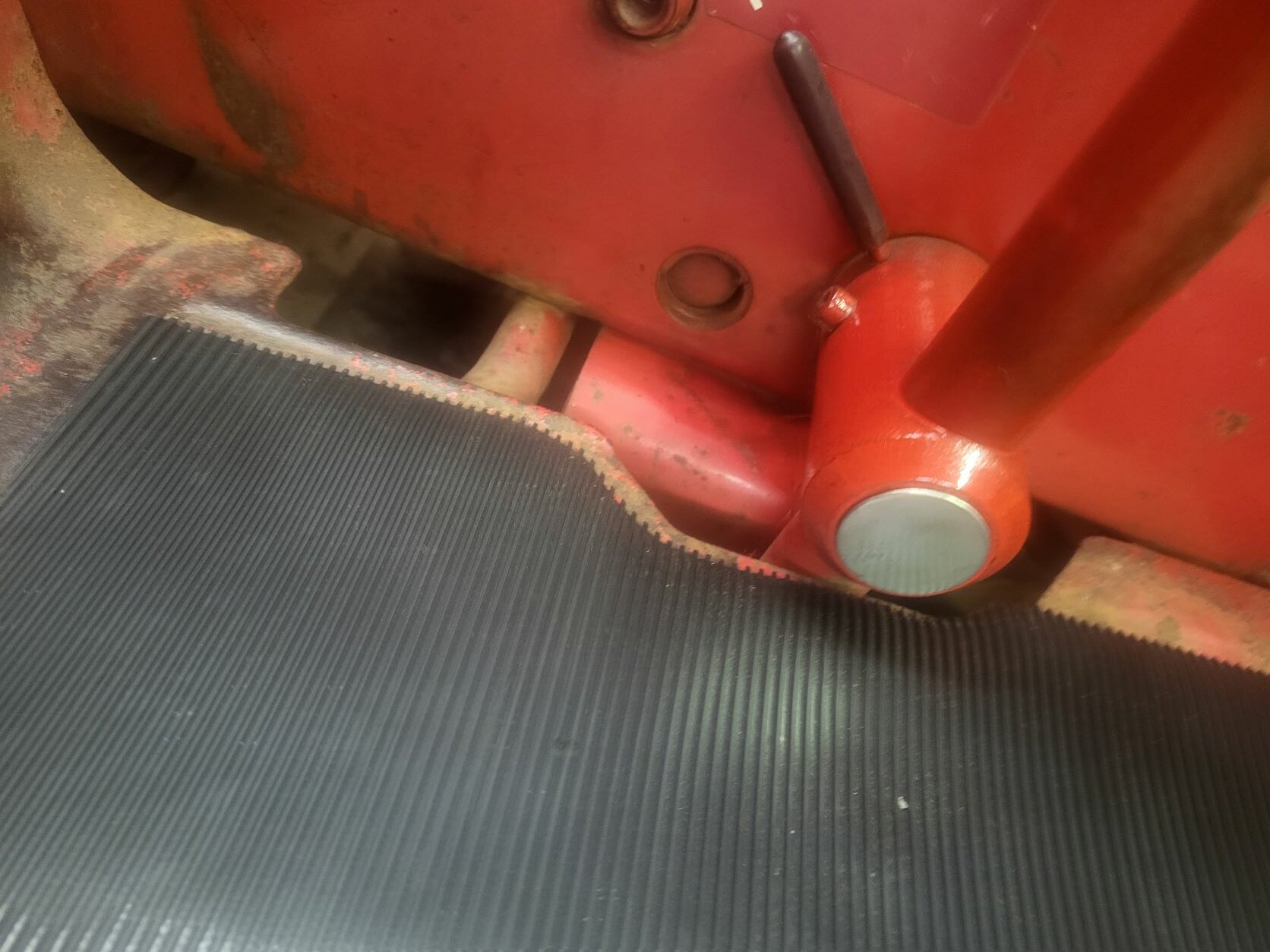 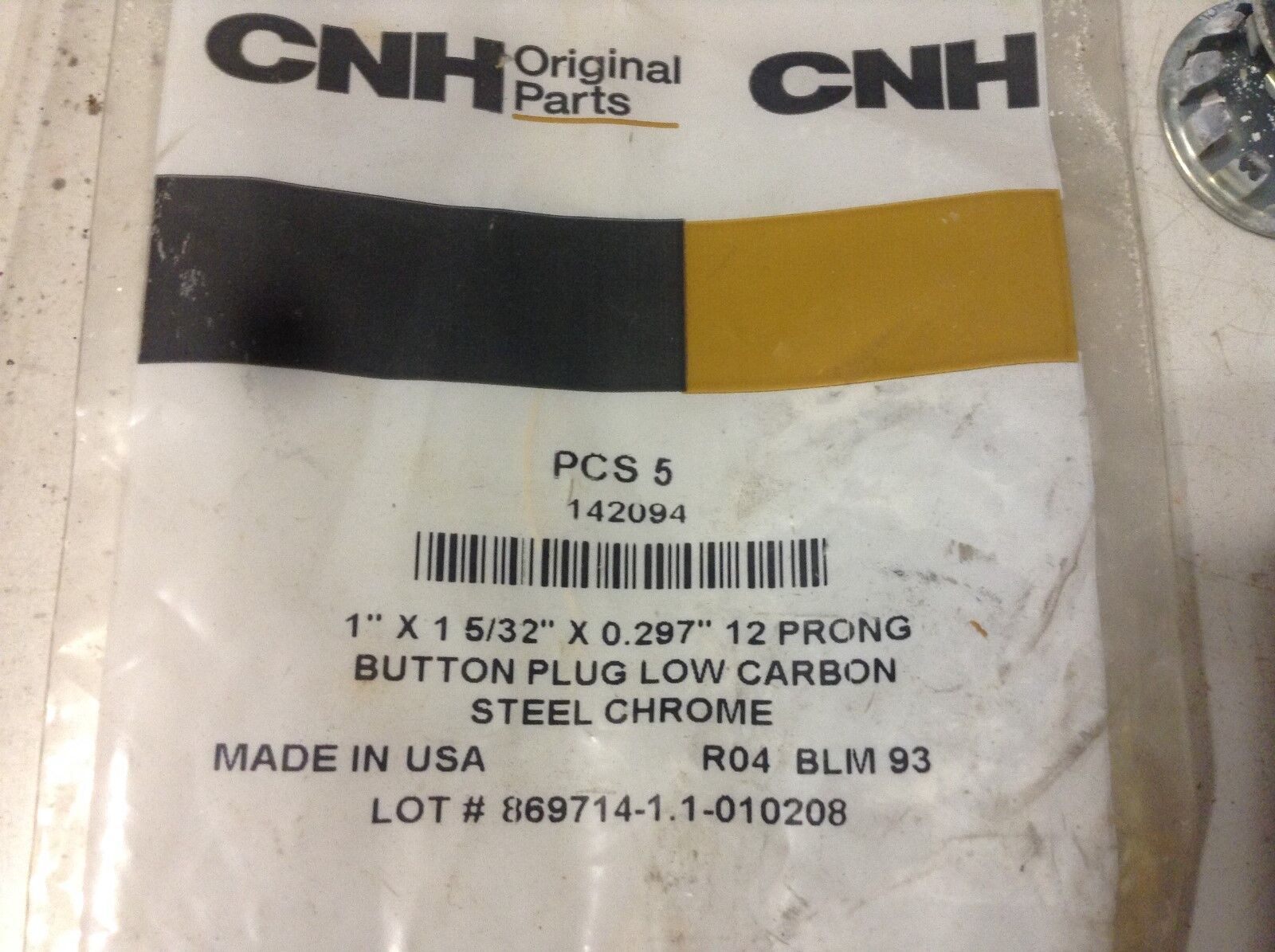 New correct rear rims and tires. Much better than the ancient skinny Firestones and narrow wheels. 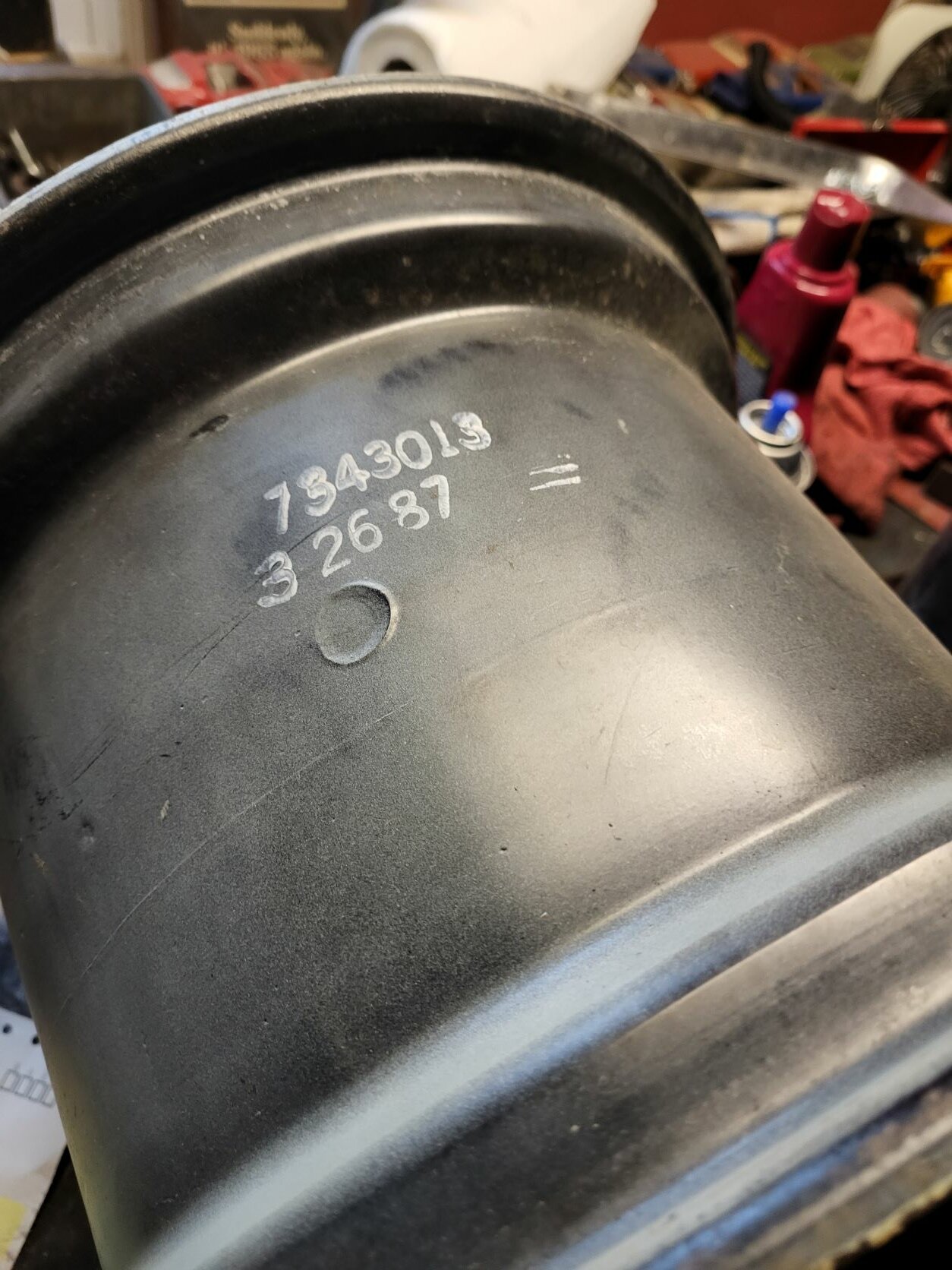 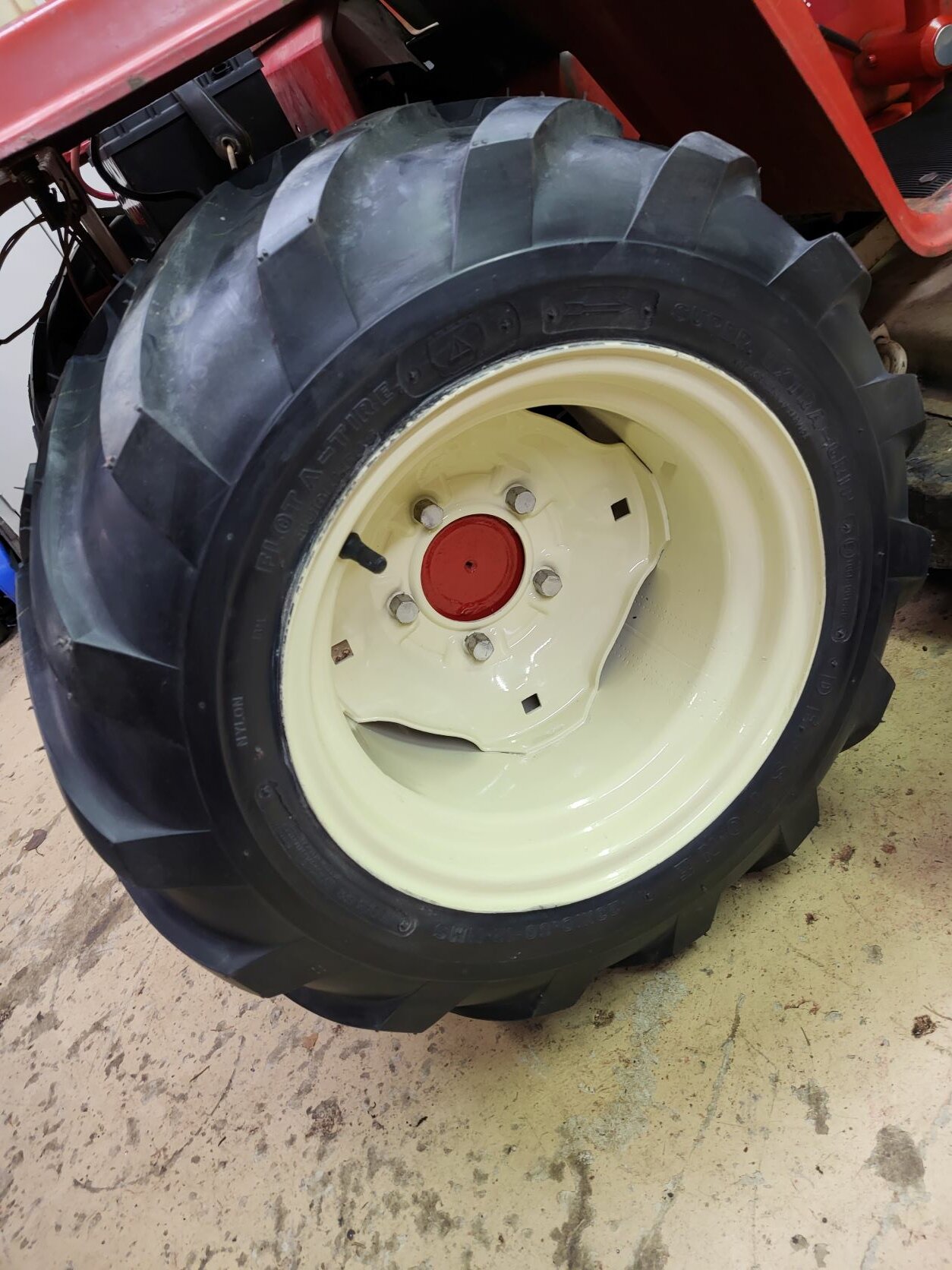 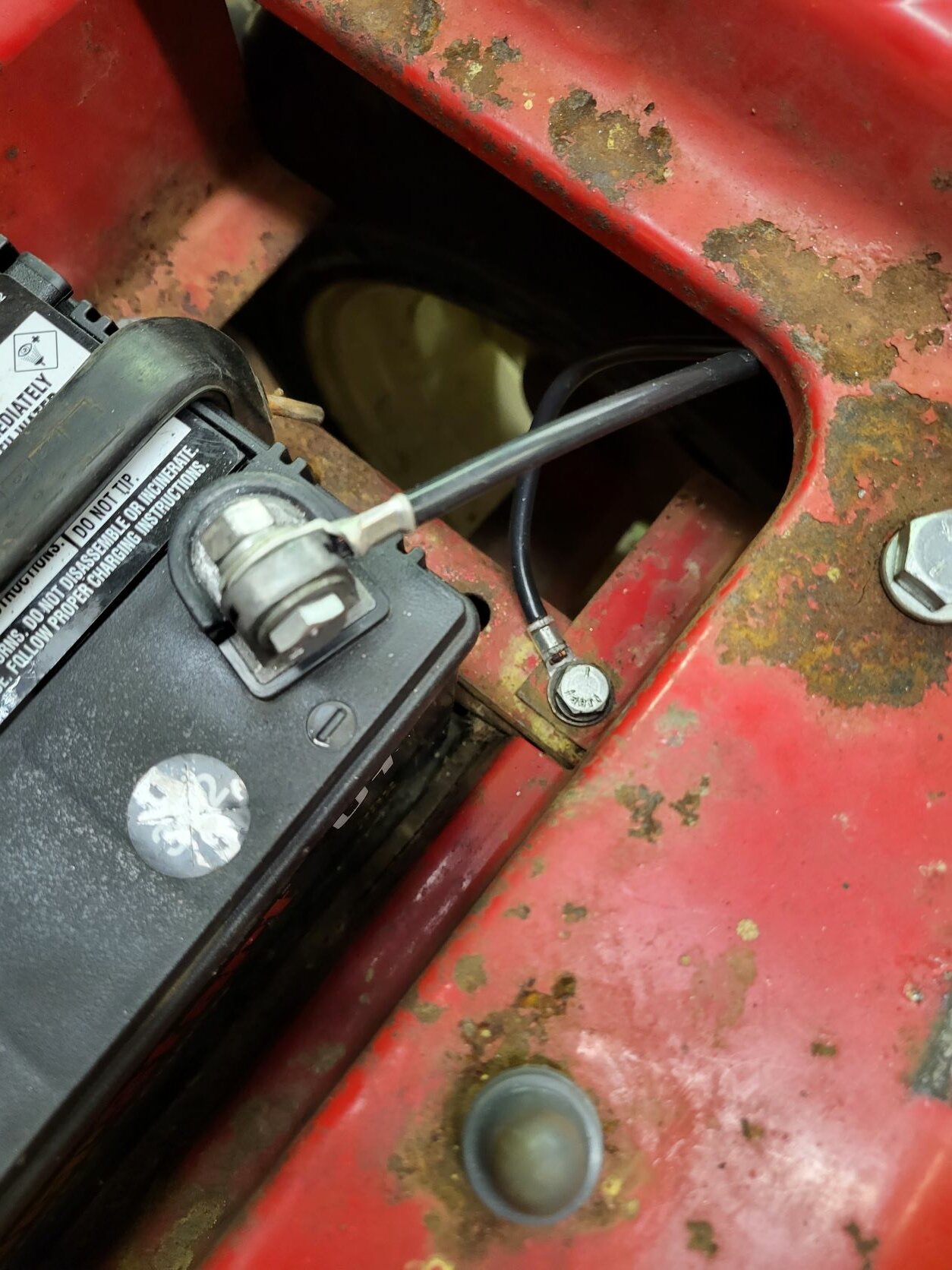 do you notice a difference in traction between the bar tires and the turf-type tires, be it on turf or pavement?
one designed to grab & bite, one meant to minimize compaction and more turfgrass-friendly i believe.