So about a year ago, I came across a 71. It was sitting outside next to a garage covered in about 15-20 years of overgrowth. I went to the door and asked the gentle man if he would like to part with it. Long story short I got it for $20. Few hours later went back attempted to fill the tires with air and put it on the trailer. The 2 front tires where completely rotten wouldn't hold air at all, get it on the trailer and get it home. Fresh gas and a new battery and it has life, not much but something. I had the carb rebuilt. Now it runs pretty good. Had to replace the throttle cable due to being so rusted that it wouldn't move, no amount of penetrating oil could help it, replaced that. Bought some new tires for the front. At this point it would run and drive, runs pretty decent. I noticed that the tractor seems to bog down abnormally hard when taking off, thought it was a little strange. At some point I noticed the PTO was constantly spinning, not enough tension to stop it when the lever is disengaged/engaged. I started to pay a little further attention to find that one of the fins is loose and spins freely due to the nut from the bolt being loose. No problem, so this morning, I decide I am going to take off the PTO and rebuild it. HA, refueled it and get it to the barn near the house. Smell gas a little, noticed that it was leaking from either the bottom of the tank at the fitting or the top of the bowel not sure yet, minor problem. I get the front end off relatively easy. Went to tighten the starter belt with the starter and realize that the arm from the motor to the starter has no bolt. This would explain why the belt is always loose. Get the belt off no problems. Grab a set of hex head keys to get this PTO off. I find that only 1 of the 3 set screws is their. The other 2 are not present and the holes are smooth no threads. Attempt to take out the 2 set screws in the one hole that has them and find that the hex portion is gone. Great, have to tap those to get those out. Finally get those out and with a little persuasion get the PTO off finally. I look at that and notice that there is only 1 fin left on it. Great. I look around the motor a little and notice that the front 2 holes for bolts to secure it to the frame have no bolts in them. Im guessing the only thing holding the motor on is the rear 2. I get the bushing off and the fly wheel as well. Now I get to find parts and start rebuilding this PTO like I had planned on doing 10 hrs ago. Pictures to come if i can figure out how to upload them.
W 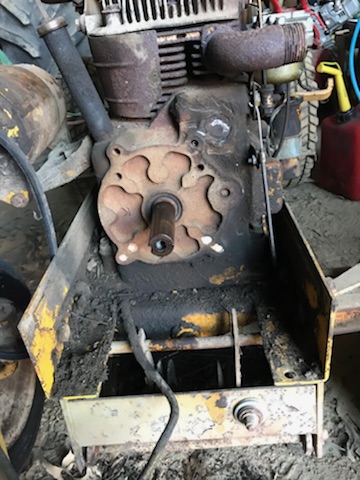 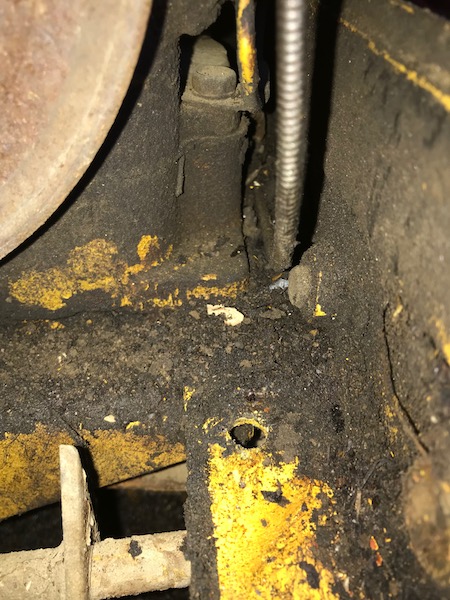 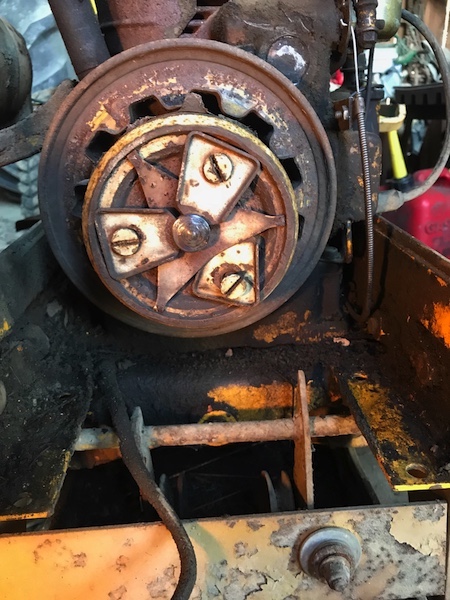 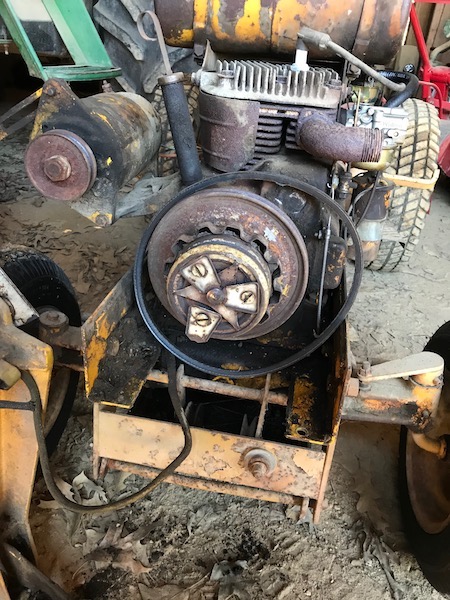 Willie - geez, glad you ain't in a big rush. You're alot luckier than most since you got the 2 sets screws out and the PTO clutch off.

Willie, nice save. Are you sure there's no threads in the other two holes on the PTO? I believe they are only threaded on the bottom half of the hole.
W

I will double check in the morning. I will try and get a picture if i can. Stay tuned.

B
Mule drive pulley out of alignment