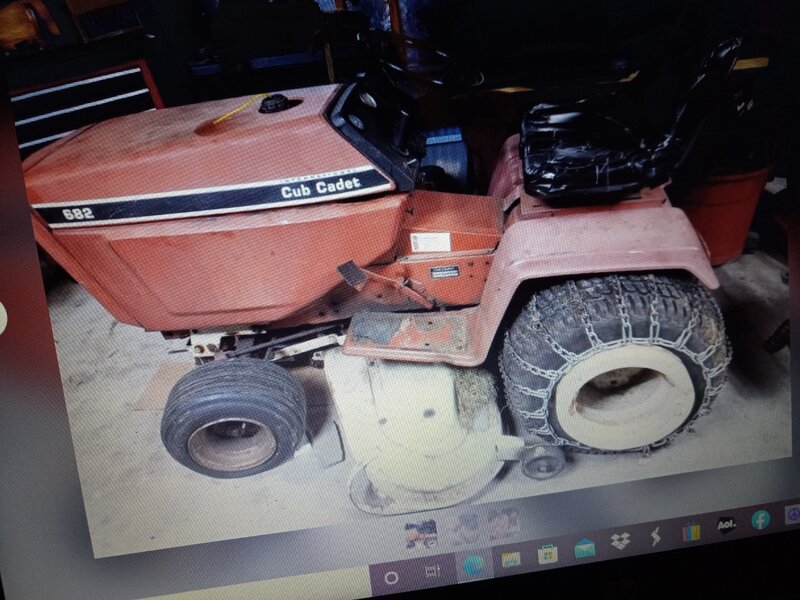 ts up with these rear rims ? 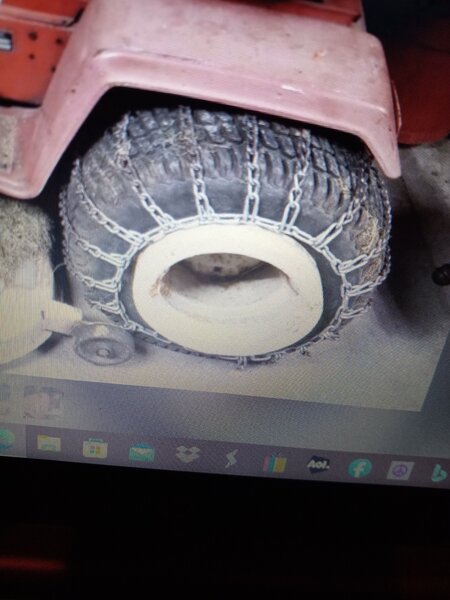 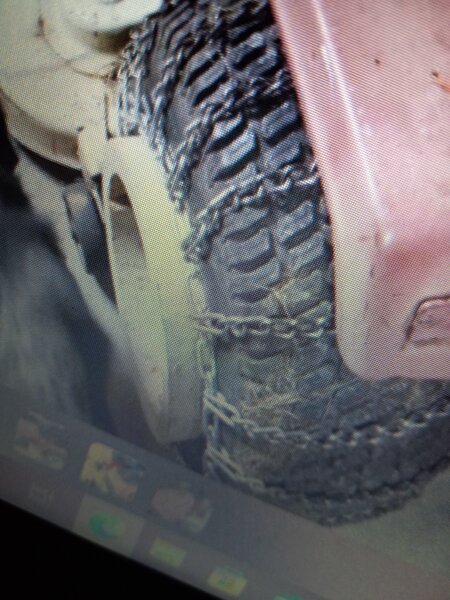 Wheel weight's to allow duel's to be installed? Looks good to me.

Seen far worse than that for sure!

bmader said:
Wheel weight's to allow duel's to be installed? Looks good to me.
Click to expand...

How's he going to air up the tires?

What do you all prefer, Plastic around Cement or Steel ?

Iron. The plastic coated concrete weights can be a big mess if the plastic cracks and then the concrete starts breaking apart.
D

I agree with MATT. Only IRON weights for me. I've got 2-3 sets on each Cub Cadet, and 2 & 3 sets on each FARMALL, they're 145# each weight, with hardware that's nearly 1500#. And I wish I had ten 75# or 100# IH front suitcase weights to add to the back of the Super H when needed to push snow when my concrete driveway is slick & icy.
I have seen some novel weight ideas from people who have access to plasma or laser cutters and various pieces of steel plate for FREE. Steel is actually heavier than iron for the same volume.
J

I like the IH steel weights. They were originally intended for the Farmall Cub front wheels. They bolt up perfectly on the IH Cub Cadet rear wheels. I put a set of the Super Garden tractor rear steel wheels that allowed me to use the 12.5 inch wide rear tires. I used the turf tread as my chains will lay flat and tight on the tires. I also put heavy duty inner tubes, filling those with -20 non toxic washer fluid. If memory serves me correctly. I used a Schaefer valve on managed to get around 6.5 gallons of fluid into each inner tube, which added up to about 52 lbs of unsparing weight, plus 25lbs per steel weight and an additional 12 lbs of weight per double link tire chain. All totaled that is right at (slightly more or less) 90 lbs of weight per rear wheel. I have zero traction problems plowing deep wet snow. Also, depending on if your Cub has external brakes or the internal brake. You can mount three weights per wheel.
D

Something I saw at Bluniers Plow Day #1 that I was really impressed with was a pair of FARMALL H/M/300/400/350/450 front wheel weights bolted onto a Cub Cadet rear wheel. Those FARMALL'S all had 3 mounting bolts for frt weights, but those weights had two sets of bolt holes, you used one set for one bolt, and other set of holes in the weights for the other bolt, gets you a 42# weight vs a 26# weight. The heavier weight sat on the outside edge of the rim, it would not set inside the rim like the 26# weight. NOW, those frt FARMALL weights I saw at Blunier's was the VERY FIRST front weights I'd ever seen, and I'd been around FARMALLS for years, the 42# frt weights are only slightly more common than the 26# weights, but they are increasing in price at astronomical rates like ALL IH weights are.
First pair of wheel weights I bought was about 1970. My Buddy and I went to a farm auction over by his farm. We're standing by the hayrack they were selling, and the guy held up one weight, I saw the other one on the rack. There wasn't a spec of paint on either weight, they had a thick coating of what I'd describe as "Hog Dust", a fine powdery dust that covers EVERYTHING inside a barn or shed where hogs live, or sleep, or otherwise inhabit. They looked exactly like the Deere weights, but when I wire brushed them and not a single spec of paint under the dust, I figured they were from sometime in the 1940's or '50's, I paid $5.50 for the pair. 1/2" carriage bolts and hex nuts at our local lumber yard were $6 for 4, and I had a quart of white enamel paint. Not sure what those weights were originally used on but I'm positive it wasn't a Deere #110, so wheel weights are just another thing Deere copied from someone else.

Denny, was this the Cub with the 42# weights? I'll have to see if I have a larger resolution version of it. 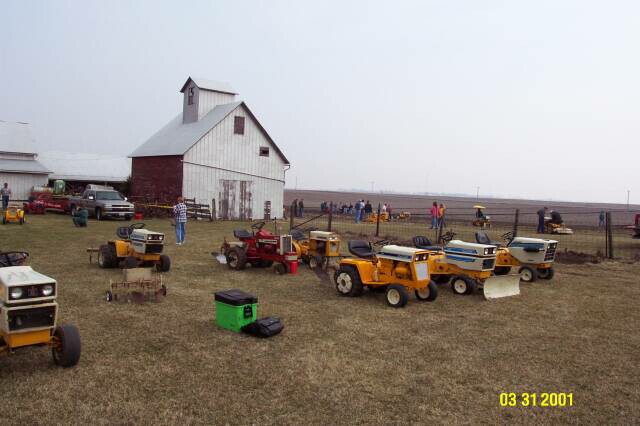