I was going through the tools collected over the years by my daughter-in-law's father, who was a welder, now deceased. My daughter-in-law tells me he collected EVERYTHING. One of the items was a 1/2" drive socket labeled 31/32" from New Britain. 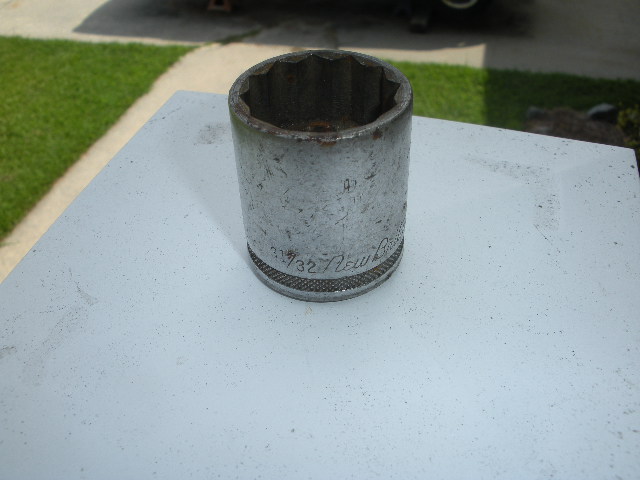 It seems that this socket was made to fit a 9/16" "Heavy" Hex Nut or Bolt according to the US Standard which was current BEFORE World War II. During the war, what with the US trying to source parts for Britain as well as trying to use parts from them for assembly there was quite a bit of standardization which was formalized in 1949 or so. So that the Unified National Standard thread pattern which resulted saw the demise of several sizes demarcated in 1/32" increments.

Some say that there still exists equipment, such as drill presses and lathes which require tools built to the old standards, but I've never run across one. I would be curious to learn if anyone has ever found a use for a 31/32" socket. If you really have a need for one, let me know.

By-the-way, there isn't much out there on the old standards. Machinery's Handbook starts at and describes only the UNS standard although it alludes to its prehistory and development. The only source that anyone can cite are old tool catalogs from old-line companies like New Britain, Snap-on, S-K Wayne, etc. Someone compiled the following list of 1/32" sockets and their authorizing body:

[Begin Quote]
I've got a bunch of old sockets like that. I think I finally found the answer in some of my old catalogs.

These are out of a mid 50's New Britain catalog but other old catalogs have same info.

An early 70's Snap on catalog no longer has the sizes in the chart. They have a column for Old U.S. and old SAE but no 32nd sizes.
They have a date for the American Standard Association sizes and that shows 1965.

To sum up.....they consolidated bolt sizes in the 60's and that is when the odd sizes disappeared. Unless you are working on something old you probably won't need one....at least not for it's intended application.
[End Quote]

The only rare tool that I have would be a Weaver's Welding/Casting Pin removal tool. 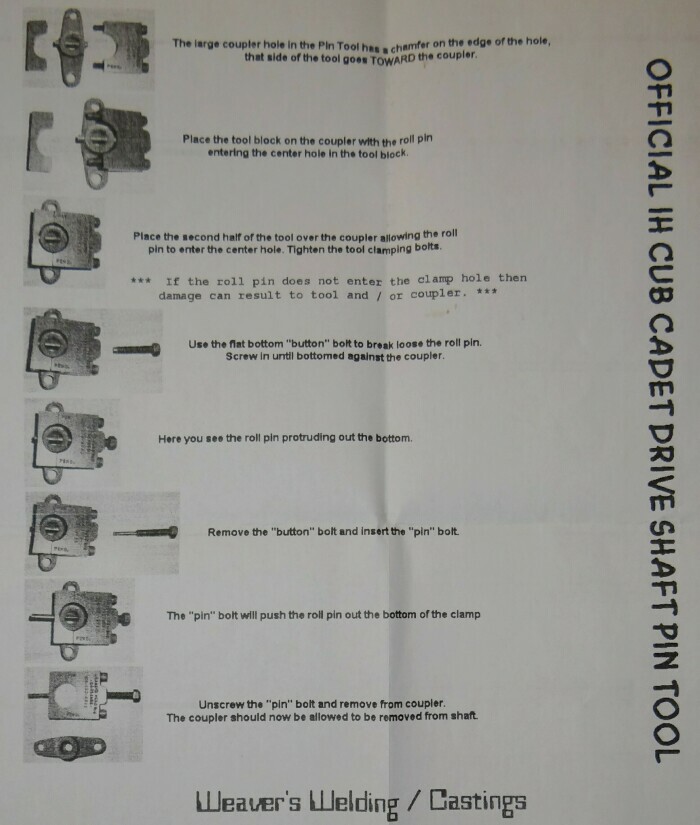 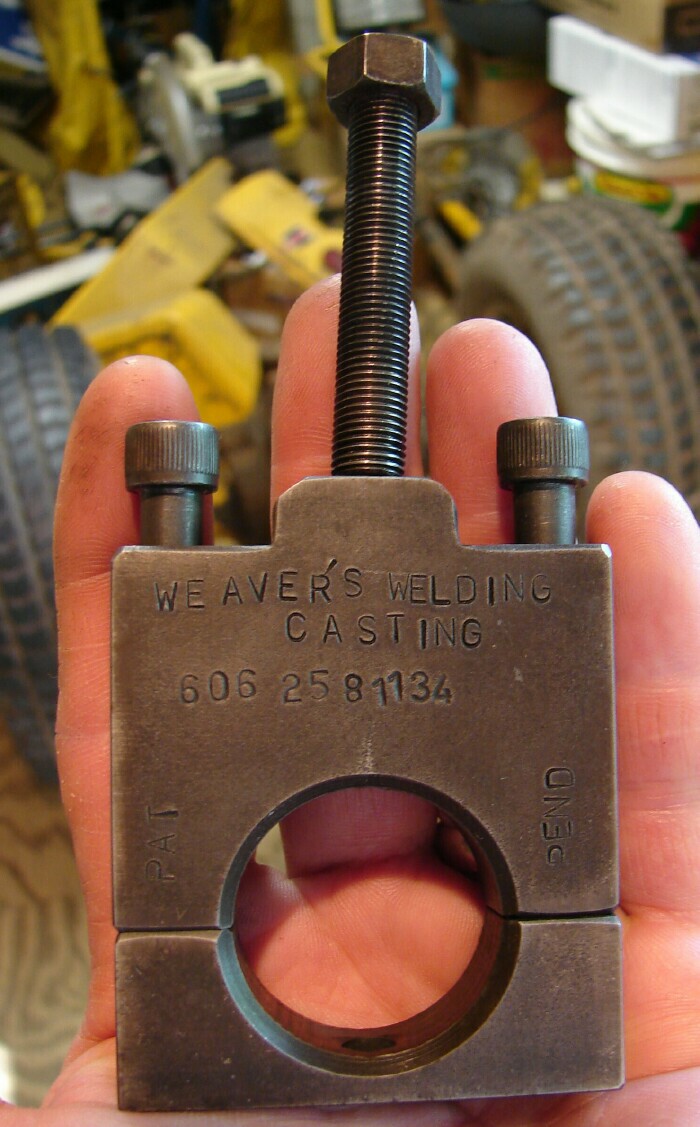 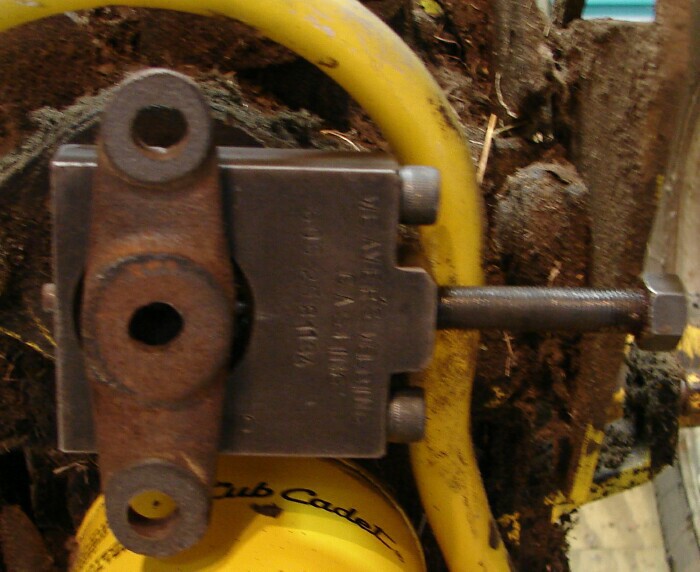 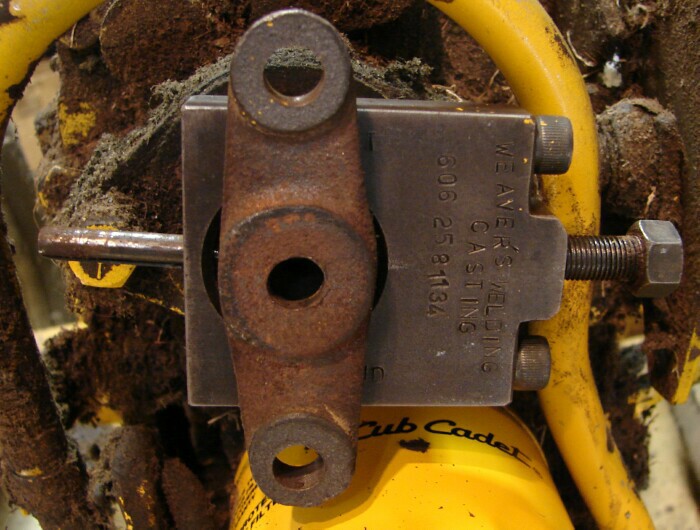 Kraig: Thank you! You've posted the best write-up I've ever seen from the eponymous "Pin Tool Inventor." I don't suppose he ever went into production with it, or that there are any available anywhere . . ..

Bought and had that "drive shaft pin tool". The center screw broke, and now I have a worthless device lying in the bottom of the tool chest.

I always felt bad for the shop buying those parts. It didn't take much of a piece to end up costing more than the entire machine did 70-80 years before.

Hey Roland - if I'm ever down your way (from Lansing area), I'll stop and take that "worthless" pin tool off your hands.. I'll even give ya 5 bucks for it.

Jeremiah - that wern't no "anonymus" that were the famous (or infamous) "Grump" ..

Gerry: You're making the same point I was:

[of, relating to, or being the person or thing for whom or which something is named]

1. (of a person) giving their name to something.
"Romulus, the eponymous founder of Rome"

2. (of a thing) named after a particular person.
"Roseanne's eponymous hit TV series"

Your reference was much clearer, thank you.

(I'll admit I was at the limit of my vocabulary with the use of the word "eponymous" --but hey, I spelled it correctly without having to look it up.)

Jeremiah, KENtuckyKEN is still kicking, just not as high as he used to. He has been suffering from back pain for years and it's not getting any better. He and I exchange emails on a fairly regular basis.

I was at the Duluth store (behind the cheddar curtain) and saw these tools. There where more but I like pipe wrenchs.

The second one is rare as it was made by the Winchester Gun Co. 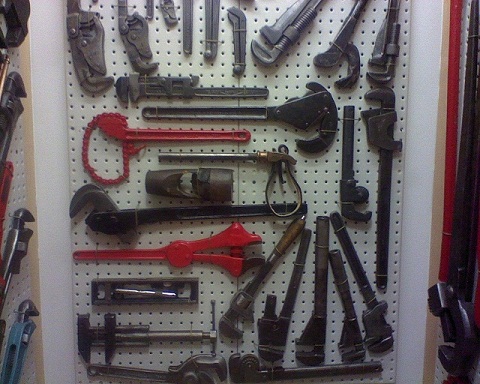 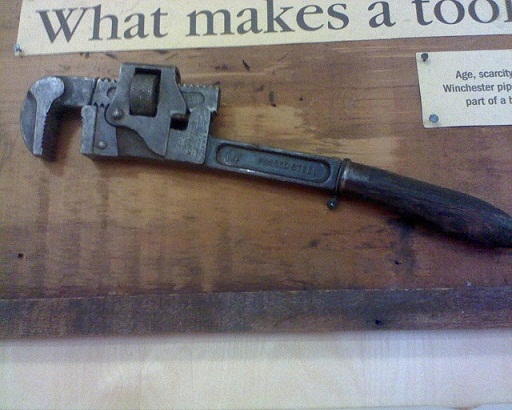 Jeff, you're saying you are familiar with some wenches in the past ! ?

Allen I've handled a few in my day
A

It doesn't fit in my toolbox but it is definitely rare and unusual. This is my Elu miter/table saw. With the release of a pin it switches between a mitre saw and a table saw. I got it from a friend and he thought it was just a mitre saw.

That IS cool, Adam. What does your friend think now?

My friend said "Hey, I've got this old mitre saw you can have. It sounds like the bearings are bad. I never use it". The bearings are fine but the blade was very dull and sounded bad when I would try to cut with it. I put a new blade on and it cuts like a dream. I recently remodeled my kitchen and used it a lot and it works great.

I've tried to find info online about it but most of what I found was in German. Apparently, Dewalt and Bosch both make similar saws but they aren't sold in the US. Only Europe for whatever reason.
B

Dad started working on cars in the late 1940's

A few of his older tools 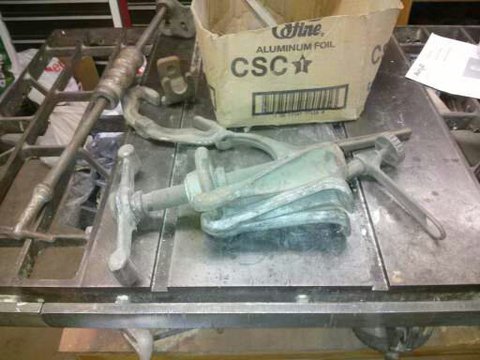 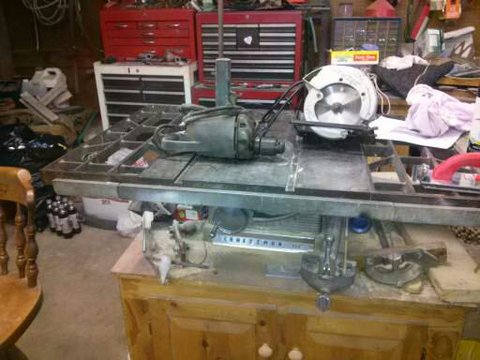 If I recall Dad got the T handle 3 arm puller for the Studebakers mid 1950's. They had a pressed hub assembly. I do recall using it on something else? May have been a MoPar? CRS syndrome.