Well, I haven't been encouraging anyone to run out and buy it anyway, but...

We just downloaded our MSDN copy at the office yesterday. I put the DVD in and booted - I don't think it got much more than a minute or two into the setup and: 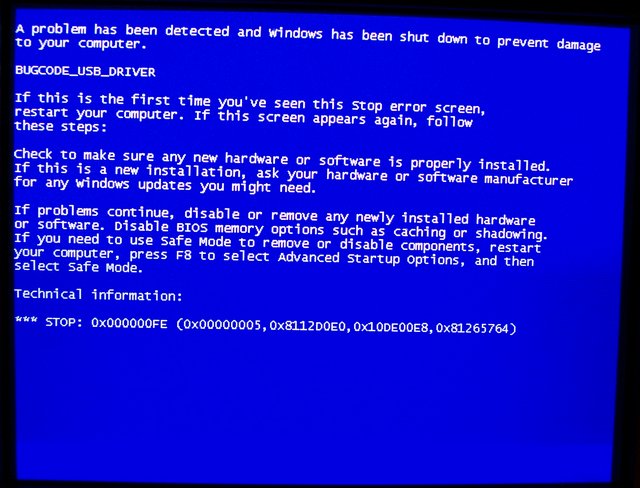 For the more technically inclined, it made it past loading the files and got thru maybe 4-5 passes of the green indicator on the "(c) Microsoft Corporation" screen. Lit up the mouse, the webcam and BOOM.

But haven't we all come to expect this sort of thing?
The world is Microsoft's Beta testing machine.

Bryan - I might have mentioned in the past, I'm responsible for Desktop Management of better than 55,000 systems... Our customers want to start talking about Vista. (we can't get some of 'em off of '95, still have major distributions of NT4 and 2000). Working with D..l, the minimum hardware requirements keep going up. Probably 2000 plus software packages to qualify....I've set my retirement date... gonna set the wife's PC up with Ubuntu or Fedora

My company has a death grip on NT4.0. Some XP is creeping in though.

Ken liked Windoze 3.1 cuz he ran Bob with it

As I said in my OP, I haven't encouraged anyone to go out and get Vista. But I'd certainly be remiss in my IT role if I didn't test it. Whether you think Micro$oft is the evil empire or not, it's got market share and we're stuck with it. I use Linux as a server, but I won't use it as a desktop - at least not without VMware. And that's just a waste of resources...

Yup, we're plotting the roadmap now - but we're also we're still in the midst of rolling up our desktop support to SMS. We currently have about 5 different environments covering about 30,000 systems(older SMS, Zen, an inhouse system, Altiris... you get the picture). We're also in the throes of major XP rollouts (poor economy has prevented most of our agencies from upgrading hardware on a regular cycle, so a lot of it isn't even XP ready). Nothing new, being stretched from the oldest OS to the latest. There are usually very few actual business cases for the newest, the drive to 2000 was mostly for support of external devices with USB interfaces. Most of the drive towards XP has been due to software upgrades, with the developers speccing the newest OS. Actually MS dropping support of the older OS's hasn't been as big a driver as you'd expect. In addition, we just reorganized and I took over responsibility of 1200 servers (anything tagged as "Office Automation", think mostly file and print)also. And the users want to talk about Vista, cause they read about it in the paper....... Going to retire next summer, work on Cub projects (and Cushman scooters), let the kids take over IT. (I'll have 39+ years of it.. seems like enough)
Hey Ken, I've got a box running 98SE under the bench - all it does is run a talking caller ID program, so my wife can hear who's calling ... It's run steady since sometime in late '98. Have to reboot about every 6 months. Only thing more reliable are our old Sun servers and maybe some of the NetWare boxes that almost get forgotten).
K

I can't get my twin XP Media Centers to network. I ran 2.5" PVC from the house HTPC center out here to the shack with cables for everything and then some. I even bought Network Pro. In just 3 clicks you'll be cussing too... I mean connected. BULL! I use the shack 'puter to get media off the net to keep viruses from the house 'puter. I'm having to transfer files via a portable HD. I don't want wireless because I think it'd be a bigger hassle. I've already had to buy a different wireless phone to stop interfering with my security cameras.

Ken - I wish I was retired... I'd drive down there. I haven't used MC, but have put together a bunch of home networks. It's usually pretty much plug and pray er play. I can think of several problems (things I've done) like mis-wiring the ends, not configuring the hub or switch for crossover, exceeding the cat 5 ethernet cable lengths and then just battling firewall and network configs. In the end, I usually take the systems, set them down next to each other, make sure they can talk (using all the hardware, just short cables) and then if that looks good, start looking at the long cable runs. And yup, I usually don't do that first, but only after I've put everything in place, with all that optimism that it's gonna work the first time.
K

Kendell I'll get Al Bore to help me since he's closer and he was one of the internet's pioneers ... When CUBS turn green! Opps , some idots have painted them green.
Hardware isn't the problem. Pre-made cables (2set), hub that I used before, I even bought a crossover cable and plugged them direct. I did get one machine to download a couple of files once even though it "said" that the other machine wasn't there. The laptop wont find either machine either.
As MC Hammer said , "Hammer Time"

I messed up my satellite internet once and like to never got it working again while I was trying to network them. I'll be rid of that junk in May when I tell them where to put the dish and switch to cable.

... there's alot to be said about beenie weenie cans and a string ...

Ken - I know how frustrating it can be and it's too bad there isn't a 14 year old kid around your neighborhood...... I've had my share of troubles with networks(we ran our state network on wet string in the lower peninsula and old mining railroad tracks in the upper. We'd capture the traffic at the bridge in long spools of wire, close the ends and let them circulate while we trucked the spools across the Mackinac bridge - then let 'em loose on the other side. Also had to start messages to the upper a half day sooner, cause the signals had to run up hill..)

Check to see that all three of the PCs are in the same workgroup and then look at the sharing permissions on the folders you want to share. (Properties of the folders and then look at the sharing checkbox..) Also, try shutting the firewalls down on all of 'em at the same time (just as a test) and see if you can see them in "Network neighborhood". Sorry if this is stuff you've already covered, just a thought or two.
S

I have Vista running on a couple of test computers at work and see no reason to abandon XP. Eye candy is really all it offers us. I'll have to support it before long though as the boss is ready for a new laptop and is just holding out for vista, and our network is due for a hardware refresh at the end of next year. I have found it to be quite stable though so hopefully by the first service pack it'll be ready for production.
B

It wouldn't bug me so much if this was a beta or RC. However, this is RTM - the same version that'll be on store shelves. Whether WE run it is immaterial - this is the same version that our friends and relatives will buy despite our best advice and then bug the crap outta us with their problems

The BSOD turned out to be an issue with my D-Link DBT-120 bluetooth dongle. Removing this made things progress further, but it hung after the first reboot during install. It also hung when soft rebooting - it preferred the reset button or better yet, power cycling. 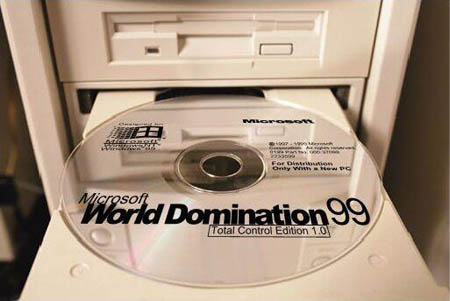 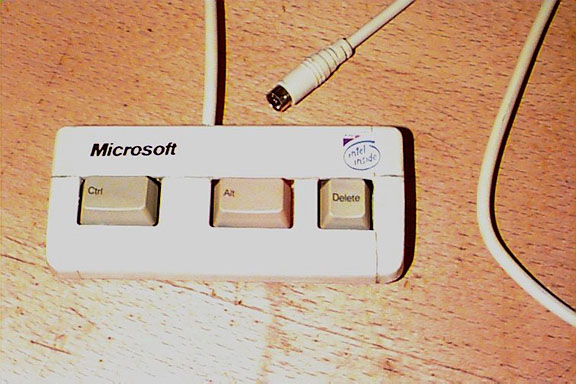 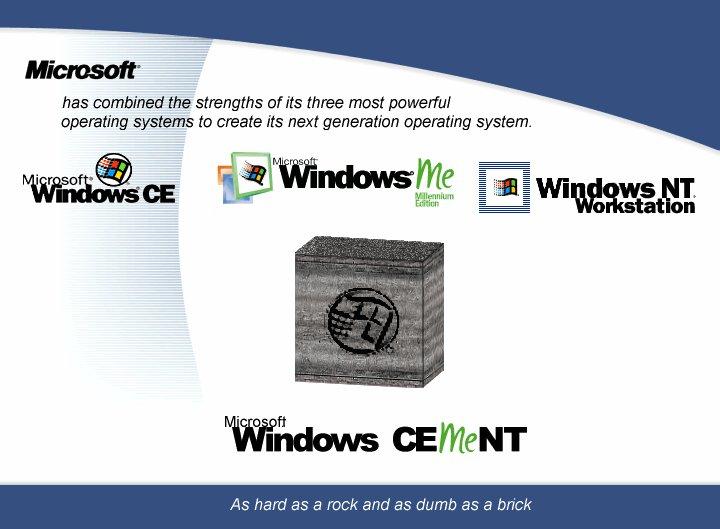 Kraig,
You think it's a coincidence! 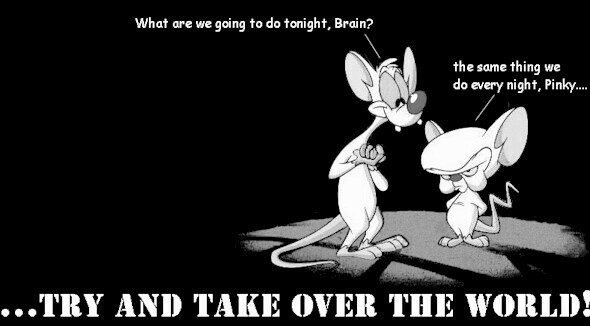 The new VISTA is due out Tuesday 1/30. Stores around here offering to load it on your computer for 'only' $69. Like DUH!, if you cant put a CD in a drive, you probabily cant run VISTA either. Just an opinion.........
K

Ken - back on your connection problem - talked to one of my MCSE's .... in your workgroup, are you possibly trying to map to a computer that already has a bunch of other drives or shares (connections) mapped to it? There's a limit, I'm told, of ten total connections that the OS on a system will allow open at one time (probably because otherwise there'd never be a low end in the market for Server). Keep in mind that every share is a connection and there might be multiple connections open for some services. If this is possible, try shutting down all your other 'puters except one in the house and the other in the shop and see if it works. If you've already been there, disregard all of the above.
Gettin' cold here.... it's about 5 degrees outside right now. Going through wood in the furnace like crazy - but it's toasty in the house !!

This isn't VISTA SUCKS related - sorry for the high jack ... but I removed ALL connections, software, drivers and went with a fresh install and it wont connect. NONE of the 4 machines will see any 1 machine. True to form Microlimp ! Two of the machines are even identical machines.
K

As I see it I'd have to buy the Ultimate to get better than what I currently have. The minimum requirements for ALL Vistas is pretty demanding but I have that covered too. My notebook couldn't handle it without a lot of upgrading though.