Thoughts on Power steering and beefed up Front axle.

1450. Install 1862 front axle and power steering. Is this the best option for upgrade?
S

I did this with my 1450. I used a JD power steering valve column (ebay) which is almost a bolt in replacement for the manual CC one. Seems like I only had to slightly modify the mounting bracket. It's been a while (10-12 years ago) but I think my front axle was from an 1863 (cyclops) which raised the front a bit but the larger tires I put on the back leveled it out. I also moved the hydraulic levers to the left side so I could control the lift and the speed at the same time.
This was great for the Johnson loader I put on that tractor. I sold the loader several years ago but still have the 1450 and even without the added front weight of the loader I enjoy having the power steering.
The 1450 is mostly used as a yard mule for spraying, disking, harrowing, towing, rolling, aerating, dethatching, fertilizing, etc. It's got washer fluid in the tires and a 100lb wheel weight on each rear wheel and it handles about anything I hook up to it. It wasn't too happy with the Gannons weight so I later added a front weight bracket. In this pic I had to set an old battery on the hood to keep the front wheels on the ground enough to steer. 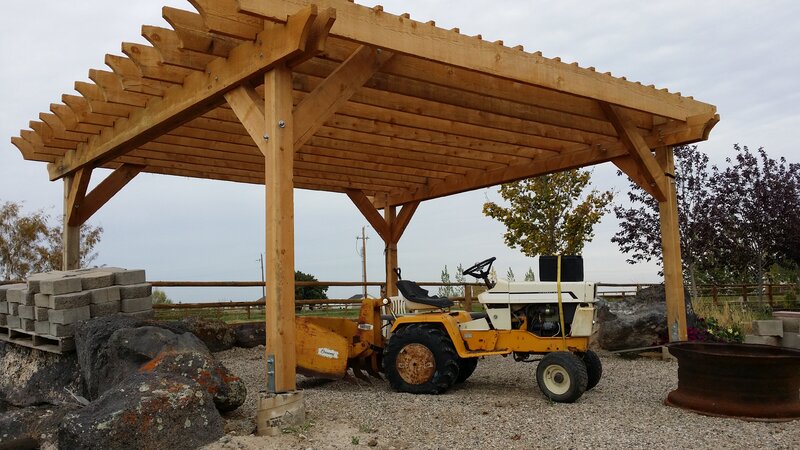 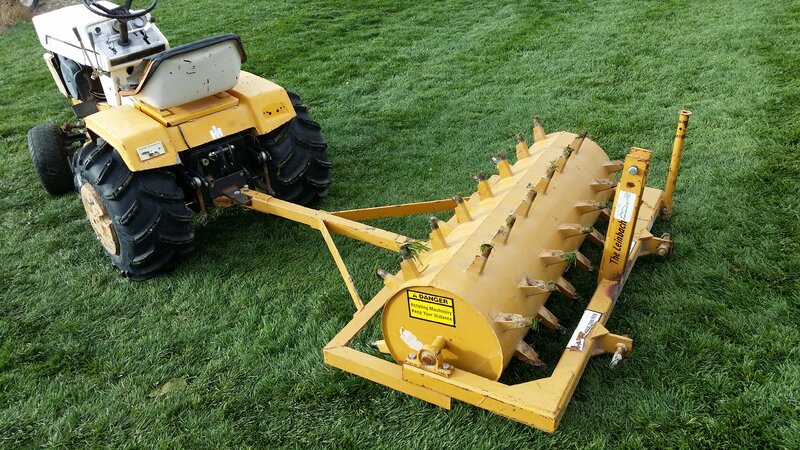 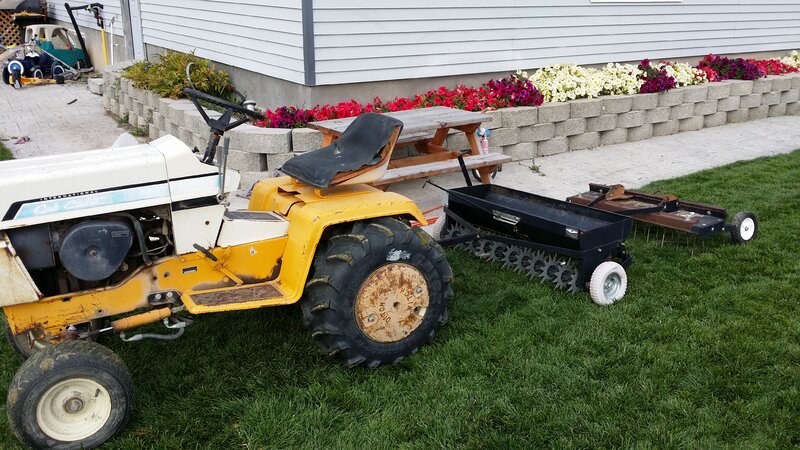 I see your lawn can Breath.
S