Master might have a future after all. Took a bunch of pictures as it came apart. WOW!! Real IH bolts!! So far only two bolts have broken. One on the hood and one of the heat shield bolts on the engine

. Must have belonged to a GM guy at one point,had a 10 mm nut and bolt on one of the battery ends. So after cutting off the belts (Yeah I know) and getting the PTO moving again the engine rotates!!!!!!

Things are looking up! The Little Woman took off the choke linkage and the throttle linkage off and the pivot (Of all places!) had seized up. Now the carb moves.

When we took the locked up starter/ generator off,stood it up on end,and then watched the water come out.

So in the big picture there is hope. 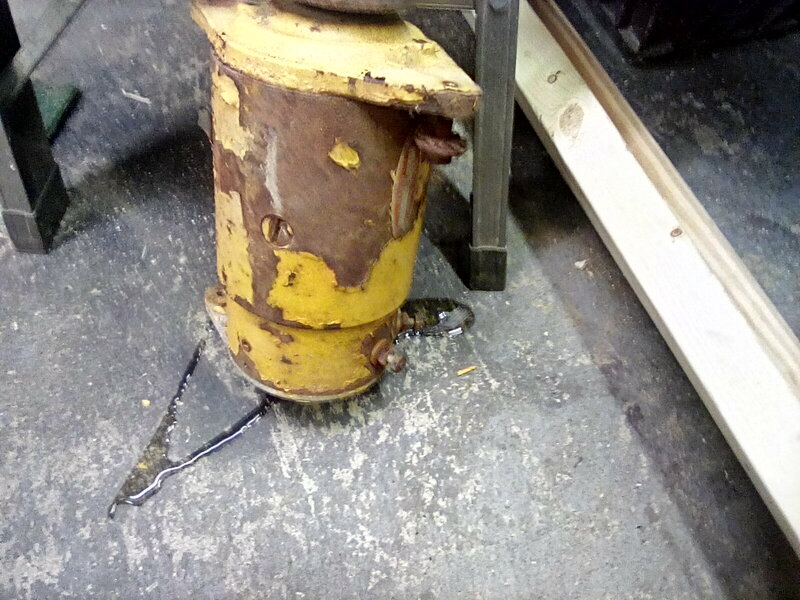 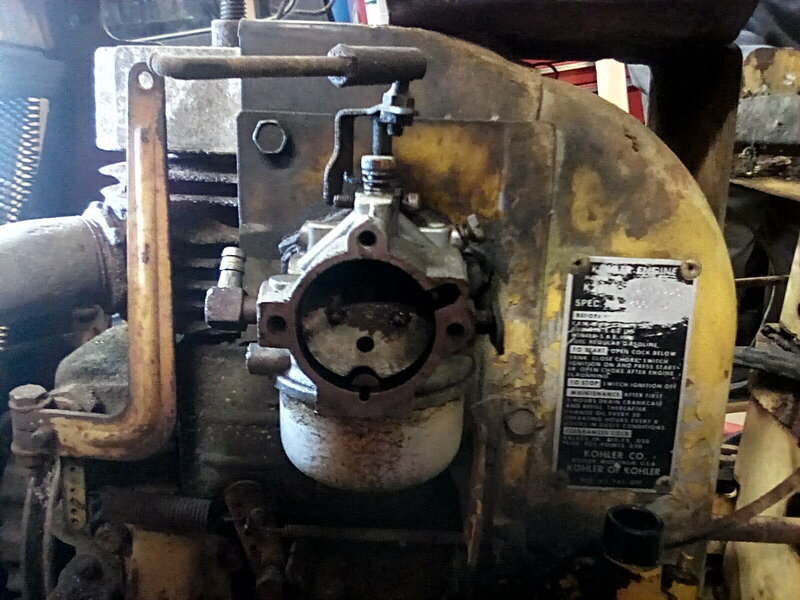 Kraig, would the bolts that hold the voltage regulator to the cast iron nose have the IH mark? I am sure that I saw the mark on those bolts. My camera won't get a good enough picture or I would post them.

Ron, yes, they should be hex head bolts and the head should have the IH on them.
R

Awesome!! The markings show age from being parked outside but the bolts are in great condition. Not all rounded off or damaged,just weather worn.

Water IN the S/G??!!
Wait till you remove the rear cover on the transmission!!
Cross your fingers!!

What were problems that needed fixing? No start?
R

I bought this 107 in Fort Knox KY because of the duals, rear lift and a Brinly hitch. The original plan was to take what I wanted, get it running then sell it. The engine would not turn by hand. Well, the starter/generator is seized up. Took that off engine won't turn over by hand. Then found the PTO engaged. It wouldn't release. Loosen up the mule drive belt. Still would not turn. Freed up the PTO, cut off all of the belts and FINALLY it turned by hand. The spark plug was already out, so I put my finger over the spark plug hole, weak if any compression. Brakes are seized up. This tractor has become my "education" tractor. Same way I learned about cars. Buy one,take it apart,and learn. The tractor earned the name Master. As in Master Lock. I included a photo of the coil wire,it's also "seized" into position. Needless to say this tractor quickly became the least likely to be useful. I bought a 129 sight unseen because it was cheap,and I talked him into throwing in a front blade. I could sell the blade and have the tractor for free. It also would be a good learning tractor. If I didn't know better I would think somebody hated this tractor. By the time the smoke cleared on this deal I had $23.00 invested in it. Delivered. Then we traded our way into a 149 with a tiller that is missing the driveshaft. The 107 has will only prove it's worth by the education it provides. 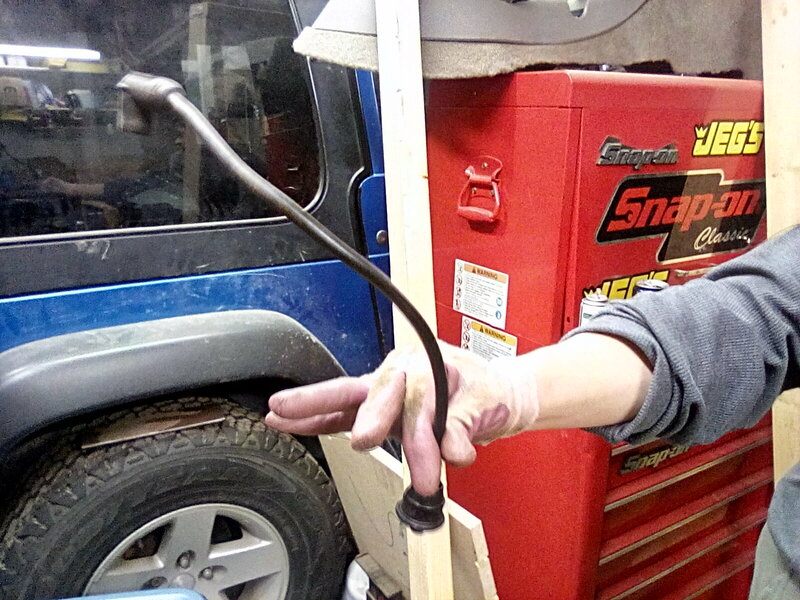 Hey there "DontknowJack" - what's that thing laying on top of your Jeep tire in the pic you posted above (showing the coil wire).
R

A piece of flat steel.

Frozen spindle may be bent, had to get new one for my 122. Someone had also ripped dash tower trying to force it. Dont do that, they are pricey and a pain to weld back together.
R

PO said he removed both ends of the tie rods and that they were seized. With the new hardware on the tie rods I believe it. When you move the steering wheel you can see it try to move but nooooooooo. I am pretty sure that as of right now it's ok. Can't hardly wait till the 149 and the 129 are side by side. I want to cruise the mean streets so bad.