This is my 1973 Cub Cadet 108 -purchased from the son of the original owner- in 1996. It was worn and tired, smoked, and the deck needed work. But it cut my yard beautifully. 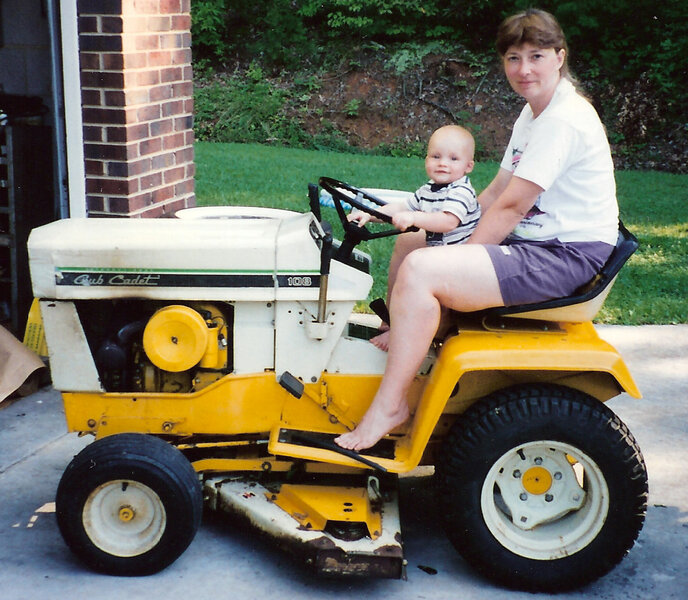 I decided to "re"-rebuild the 108 in 2020..
I rebuilt the original Kohler K241 10HP myself.
New piston/rings/rod .020, Used crankshaft, Crank Bearings, Cheap Carburetor (I modified it), Governor, Points, Condenser, Coil, Spark Plug, etc...
I had many parts zinc-electroplated. 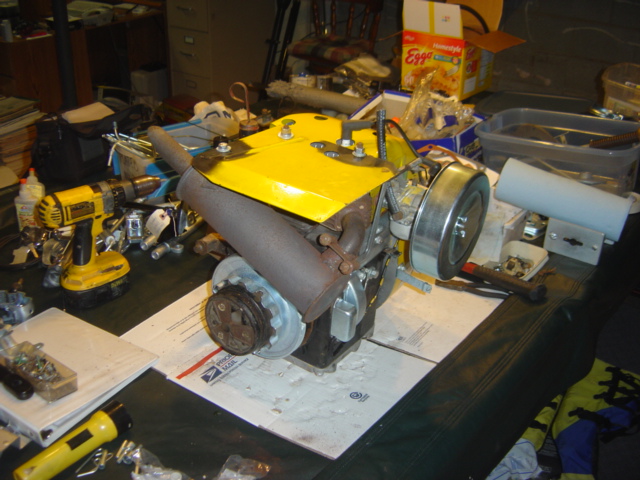 The Tractor was re-painted with some automotive Urethane that I custom-mixed to match, from paint left-overs at my shop.
Decals were purchased from CC Specialties.
Most easily removable parts were sandblasted, epoxy-primed, and refinished.
I purchased a new Seat and all new tires as well. 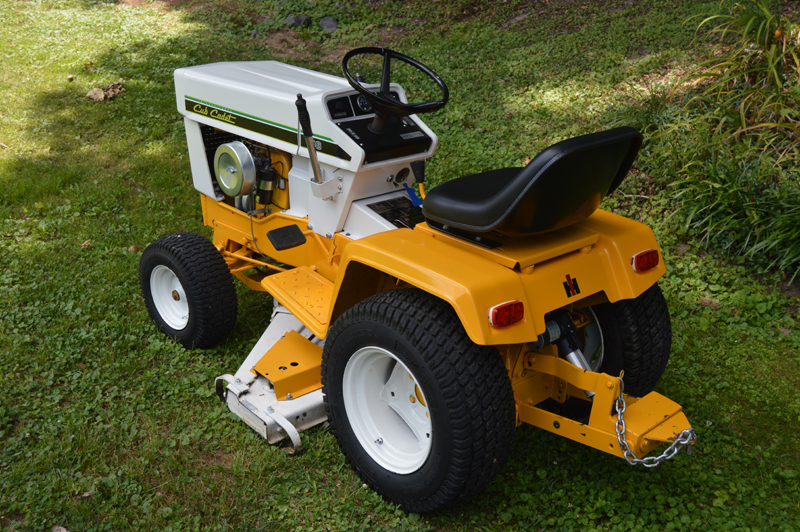 I fabricated the custom hitch many years ago, but just recently replaced the sleeve hitch and lift arm, with an electric Linear Actuator.
It's controlled by the switch on the dash. I use the pin with my garden cart, and have a trailer ball for moving my trailers and boat around.
I plan on adding a receiver for the trailer ball... to ease the exchange. 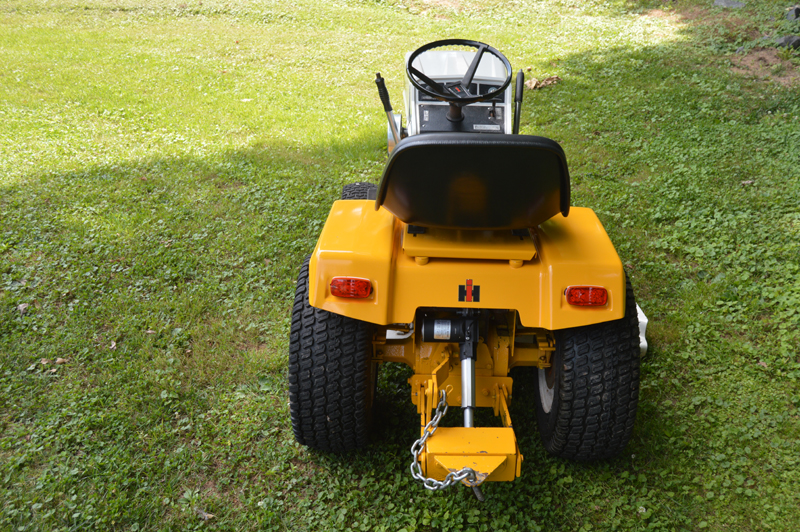 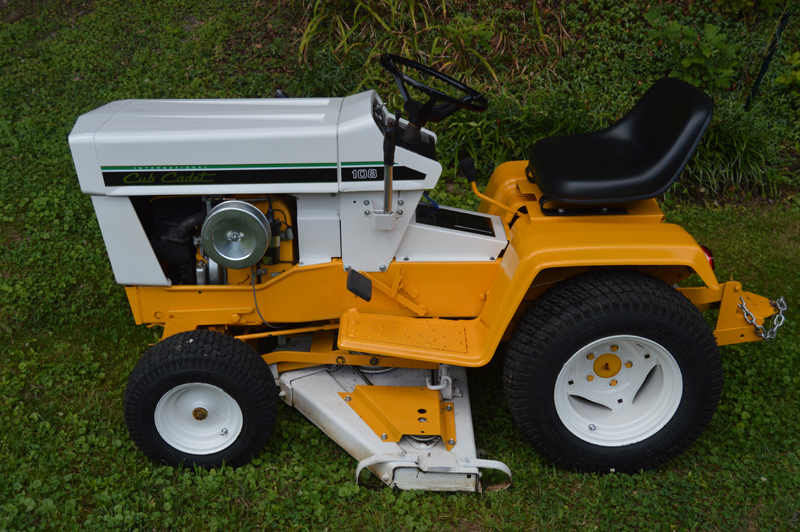 The deck was rebuilt many years ago as well... so when I went through it again... it simply needed a new belt, one Idler-pulley, a good cleaning, and a repaint. 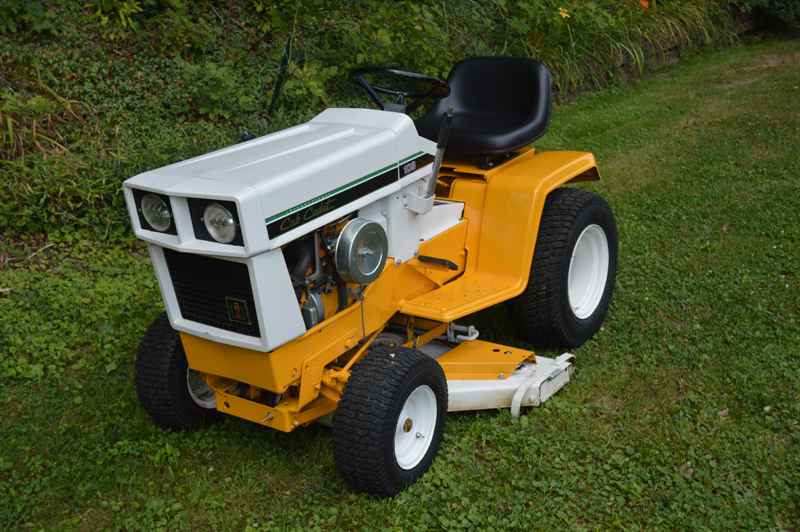 I added headlights by fabricating a replacement headlight panel- and adding LED Motorcycle driving lights.
They are bright enough to light up the neighborhood... 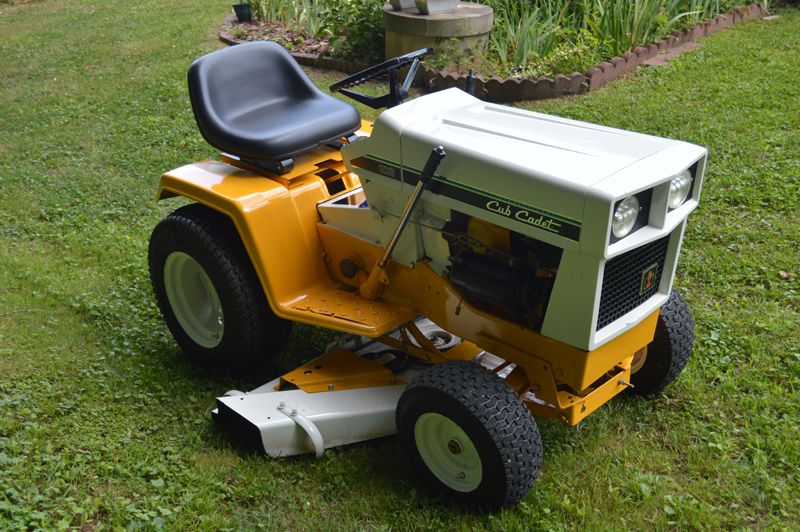 Nice unit. You did a good job on it!

That tractor is sweet,nice work sir!

I like the custom touches, especially the plated air cleaner cover. Great work

Ray, could you please send info on rear lift? I've been looking for something similar..
R

Very nice work on your 108. Nice story on the history also. Nothing new compares to these old iron tractors.

Bob
Beautiful work. Great storyline. That history always makes us feel more connected to what we are doing with our projects. I hope that brings back memories to the son of the owner.
This was my Dad's; he bought it in June 0f 1971. Cleaned it up 2 years ago.

gary noblit said:
Ray, could you please send info on rear lift? I've been looking for something similar..
Click to expand...

PM me... what do you want to know?
I had an entire writeup on the build.... but gave up my website a few years ago. I still have all the pages and images.
I could upload to dropbox or similar, and let you download it.