Thanks for the add. I picked up a 124 with a 38" deck a few years ago and have been using it regularly since. It had a bad mule drive and kept throwing belts. The pivot points wore out and the pullies would get out of line. Over time I've picked up a snow thrower, creeper gear and lights for it as well. I want to add ag tires but I'm lazy and the stock tires still work... Also, I don't know how ags work with chains in the winter.

It runs well but I was getting pressured to get something new. I think some know the story of their other half just not getting it and seeing an "old" tractor and old = junk to them. I had a failed condenser take out a set of points not too long ago; or at least that's what I assume, and I had to do some maintenance on it and the "get rid of the old tractor - it doesn't even run..." junk hit a peak that I finally started looking and ultimately I put my foot down that I'm keeping the 124. There is nothing out there that I feel comfortable that does everything it does for a reasonable price. The only thing that comes close as a minimum is the XT1-GT50. Not sure how it would do dragging 2k up a hill a few times a year...

Anyway, I do have a question though. I've collected a K301 and K321. The K301 is completely unknown and has been sitting outside. It's not locked up though. The K321 had a knock and the balance gears were removed and the knock remained. I bought it as a core but haven't torn into it. My thought was to use that and the K301 flywheel and tins and put the 14hp in the 124. Assuming I want to rebuild one of them I think it's better to build 14 than 12 hp. I'm sure I'll appreciate it in the winter.

Thoughts? Also, what about adding the Kirk balance plate to the engine? Anything else I should do for what's going to be a working tractor? 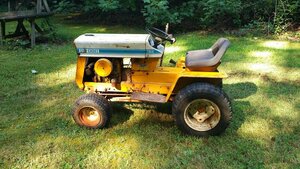 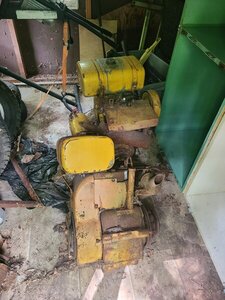 The 124 is from my favorite series, though I prefer the hydrostatic drive variants, the 105 and 125, the styling is the same. Perhaps the best course would be to tear down each of the two engines and see which is in better condition internally, then choose the better one to rebuild. If you end up rebuilding the 14hp the balance plates would be a good idea. IMO the K301 doesn't really require them.

Kind of hoping the 14hp is better or the same. I've ordered a set of telescoping mics so I can tear it down and inspect it.

The engine in it runs well, doesn't use oil or smoke but an engine failure would spark a fight with the lady of the house... So I want to get ahead of that and get it setup for the next 50+ years of service...

I wouldn't mind a 125 or even 105 but the only time I found one it was complete junk. Gears are fine I guess... And yes, I'm partial to that look. Even the 126's don't look as good despite still being a narrow frame.

I recently rebuilt my14 horse and left the balance weights out but I also had a rod issue that I finally replaced with a new rod. Anyway my knock is gone

David Middleton said:
I wouldn't mind a 125 or even 105 but the only time I found one it was complete junk. Gears are fine I guess... And yes, I'm partial to that look. Even the 126's don't look as good despite still being a narrow frame.
Click to expand...

How I view the Cub Cadets series... 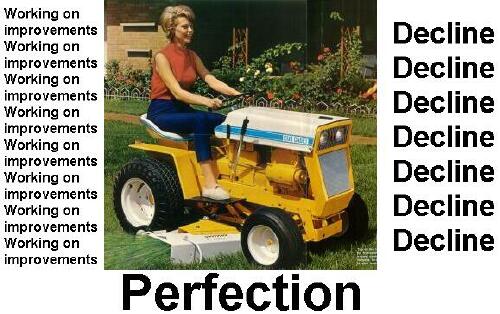 So, I started tearing them apart and the K301 is sad and said it wants to help it's bigger brother the K321... 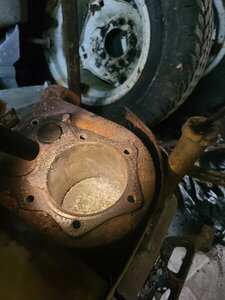 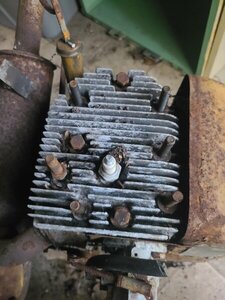 and the 010 over piston certainly isn't factory... 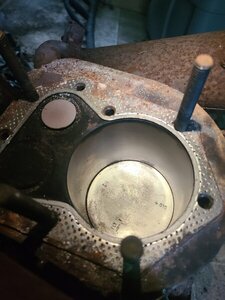 There's some wear but still a good amount of cross hatch. 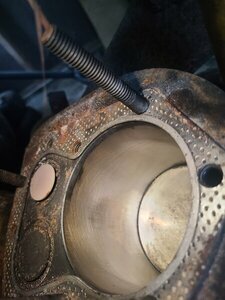 Now I get ready for tomorrow, or whenever I get back to working on it. I'm going to inspect and mic everything and see where we're at. 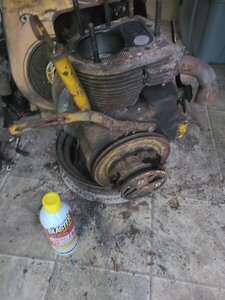 My 321in my147 has5 studs and 4 bolts. The5 studs all hold cover plates in my application,maybe that's where it came from 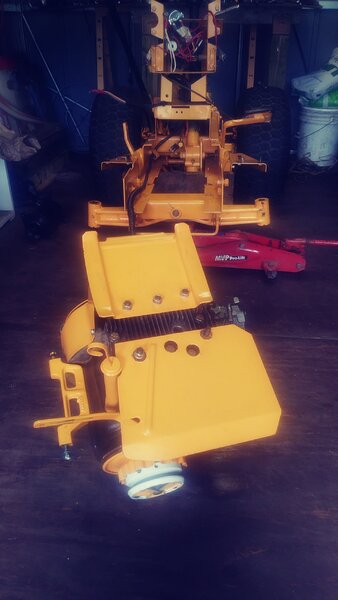 Robert Allison said:
My 321in my147 has5 studs and 4 bolts. The5 studs all hold cover plates in my application,maybe that's where it came from
Click to expand...

This is right after I started taking off the nuts. 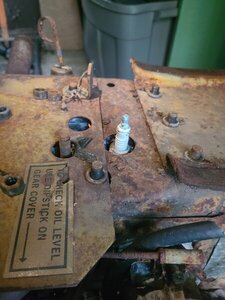 Looks identical to mine

Glad you posted that pic...I see a sticker I've overlooked!

I'm hoping the bore is good and the noise is a rod issue. I can see someone ball honing a stock bore and having it tapered with piston slap but if it's 10 over then hopefully it was cleaned up and straight.

Question, the 301 crank has the same throw, if I put the balance plate on it could I use it if I needed to?

Glad I could help!

The crank question I don't know,but someone here does...I guarantee it!

My block was.030 over when I tore it down,I had to find another block

There's also this. Not sure what models they come on but I'm told people like to retrofit. Not sure if it's a 147 thing or not.

Also, this has the large flywheel. Not sure if that helps with it's lineage. I don't really care, just trying to do some detective work now that I see someone's been doing things to it. I don't mind modified but I want to actually use it as a garden tractor so too modified is probably a bad thing. 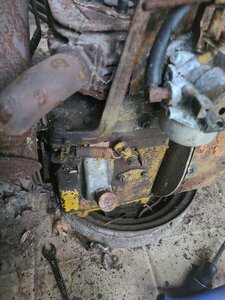 That again,looks identical to mine 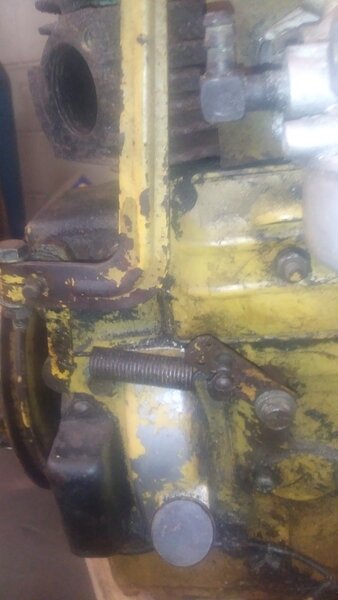 Got a pic of that flywheel?

I ran the numbers on the data plate.