I work on my neighbor’s. 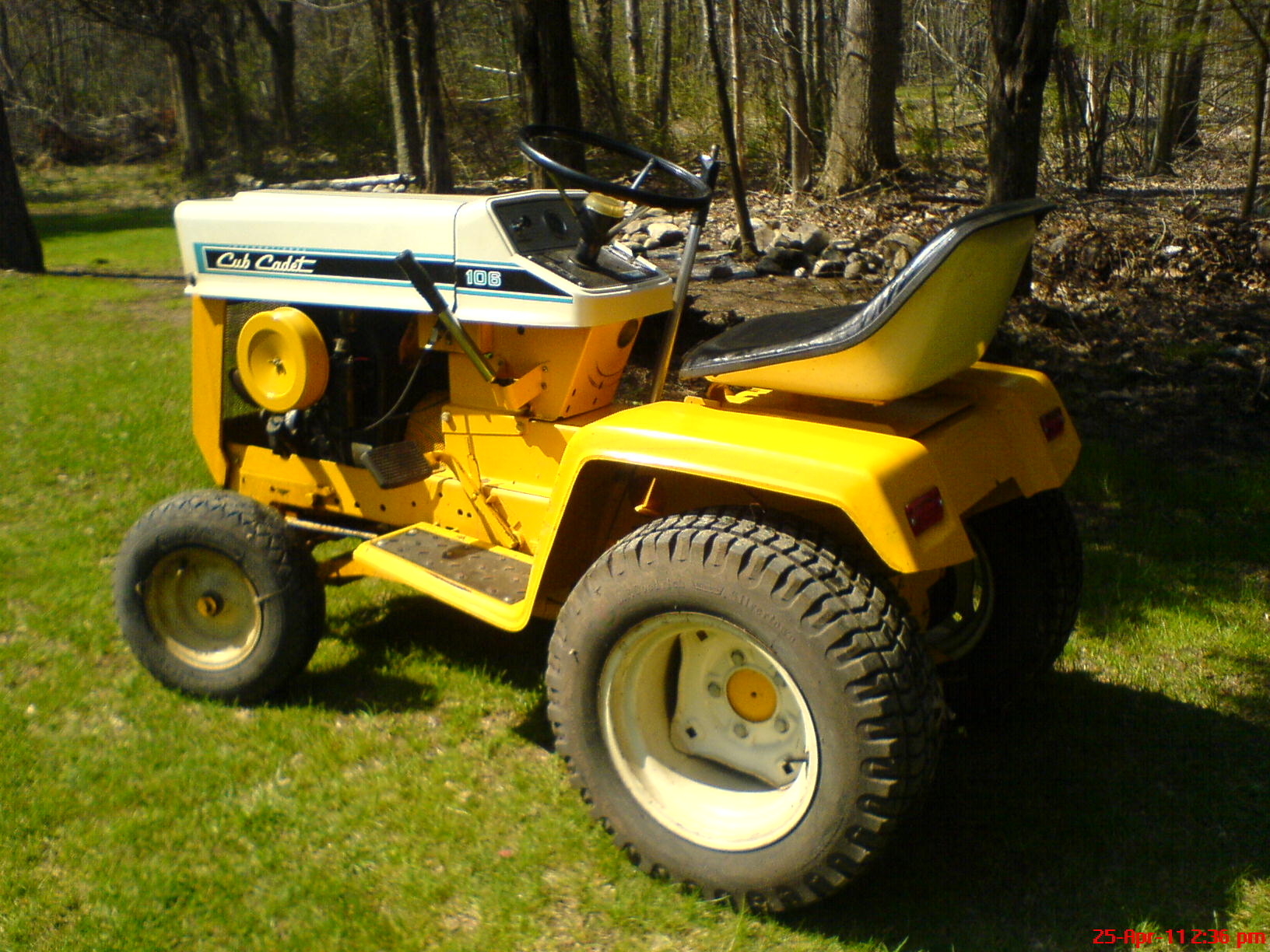 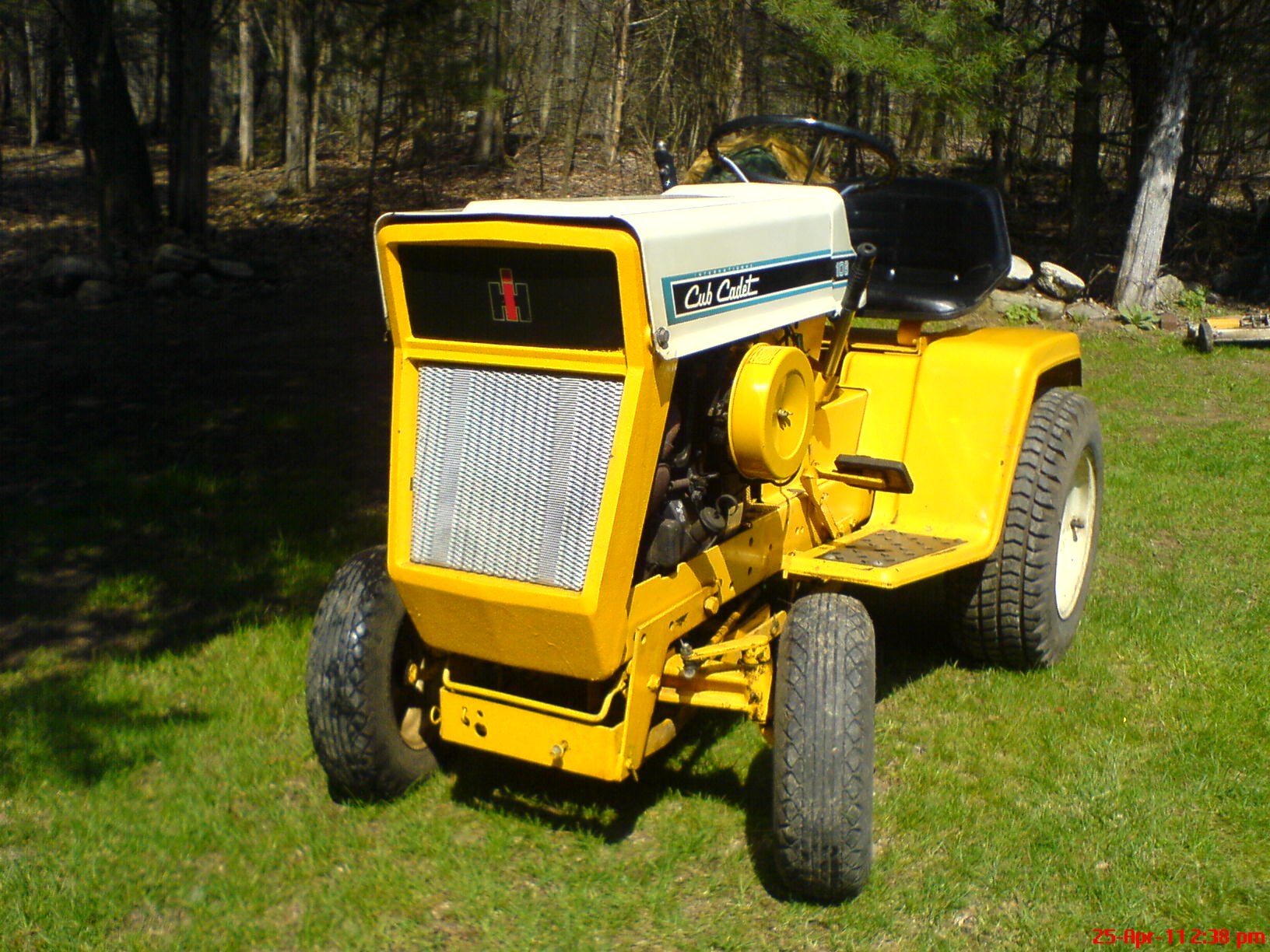 There’s a decent one for sale by me: 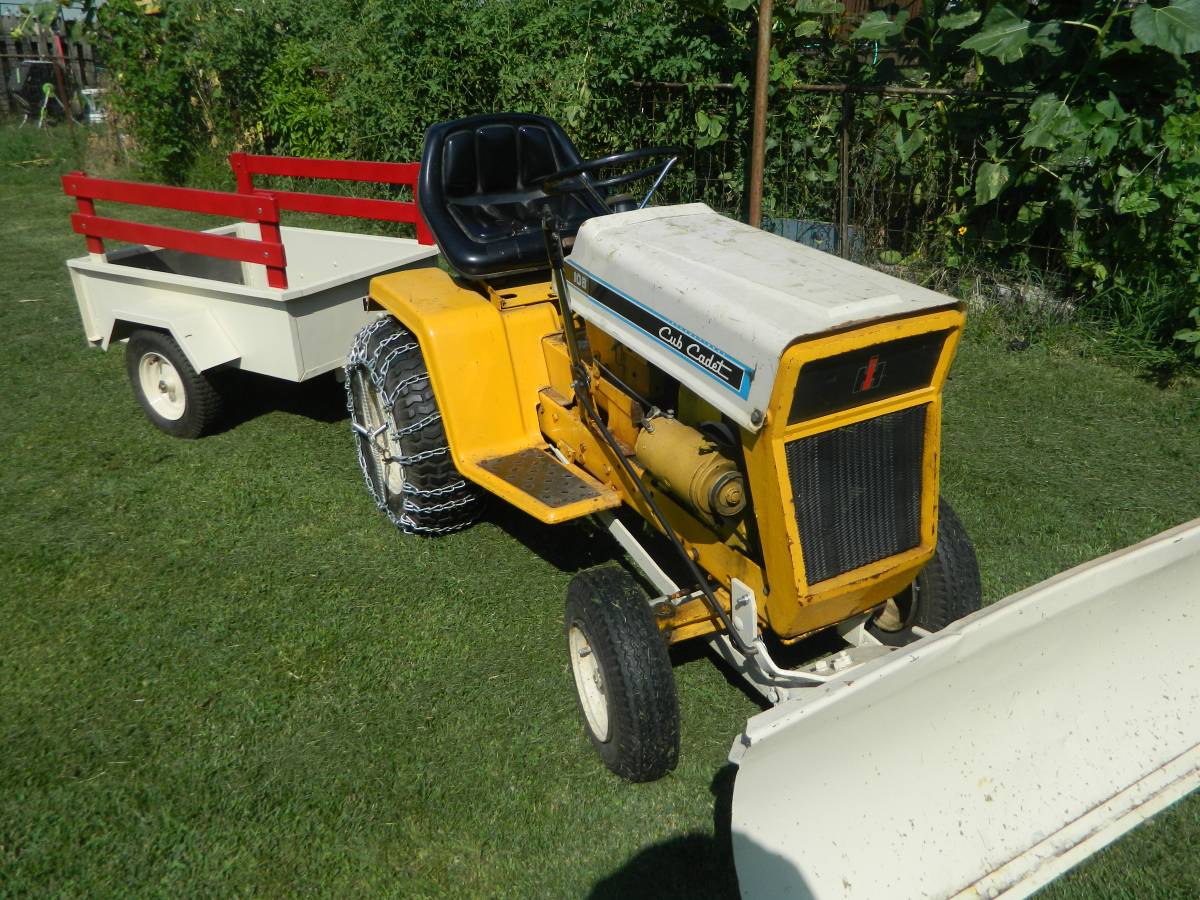 I've got one, I mow with it somewhat regularly. Its down right now with a front tire that started to split open.

Have one I repowered with K321
J

Used the large flywheel. Cut the frame and spread so flywheel housing would clear.
No big deal if you are a welder or have friend that is. Reinforce both ends of the cut with small wedge shaped pieces. Leave no sharp cuts or edges as frame could crack at these spots.
Love the extra HP
J

JIM - I don't think ANYONE can have just ONE welder. Dad gave me his "Will-Weld" AC buzz on welder when he bought his AC/DC Miller Thunderbolt about 1980. I still have the buzz box, I can actually lay a fairly nice bead with it. I haven't used my Miller-Matic 185 Mig in almost 10 years. I bought a Miller Dynasty TIG DX200 about 1998, but with the price of shielding gas, tungsten, welding rod, it's expensive to practice enough to get good. I bought a new water cooled torch for it, and a water cooler. SON welded some 1/4" the aluminum to make an intercooler mount for his jet ski, used all 200 amps, long welds, had to wear TWO welding gloves to hold the torch. I've got a wireless foot pedal for it too now. I'd like to get good enough to butt weld soda cans together. And I have an oxy-acetylene torch too, strictly for heating. SON bought a used Miller-Matic 200 that needed some work, and parts, it welds like a new welder, it's called a 200, but in reality, it's closer to a 300 Amp welder.I got a Hyper-Therm 40A plasma cutter too, good cutting up to 1/4" thk steel. When the price of steel went crazy about 2005 I stopped building stuff.
Was about 2004 or so I built a small flywheel K321 too. I found a Forged Alcoa aluminum rod, had the big end of the rod machined for a Clevite 77 bearing insert, the machine shop offset bored the rod to pop the piston up in the bore a bit,, more compression.. WE did some porting to the block too. Put a K361 cam in, but it's too close to the stock cam. I put the old heavy big flywheel into a K301 I had, it was crazy what a dog it became, was real slow to gain rpm, pulled alright, just slow. The K321 on the other hand gained rpm like an electric motor not hooked to anything. I was pulling my FARMALL M around the yard, I pulled off of the damp grass onto the dry concrete, shoved the throttle wide open running in 2nd gear, the fast 2nd gear in my 72, and instantly I was at 3600+ RPM, both rear wheels slipping/spinning making 8-1/2 inch wide black streaks across the concrete.
I mow with my Cub Cadet TANK LZ54 zero turn now, 27 hp Kawasaki for power. It throws clippings 10-12 feet, two swaths away from where I'm driving. I've got a couple spots in the yard where the clippings are piling up a bit. We've been lucky enough to get a tiny bit over "normal" rainfall this summer in our area, we made up a deficite of just over an inch of moisture over the past 2-3 years.