I bought it 20 years ago for $200 and used it for about 6 years until I moved and did not need it. I stored in my parents barn until they recently asked if I was ever going to need it or use it again. I should probably have said "no" (since I now live on a 1/4 acre city lot). Instead, I said "I can find a front blade for it and plow my driveway in the winter". Seemed sensible at the time.

After a new battery, spark plug, borrowed ignition switch from a 1000, cleaning out the remnants left by Fluffy the mouse and his family that lived between the flywheel and the engine cover, buying a good used front blade, and spending an afternoon with my father taking things apart,....I now had what you see in the photos below. 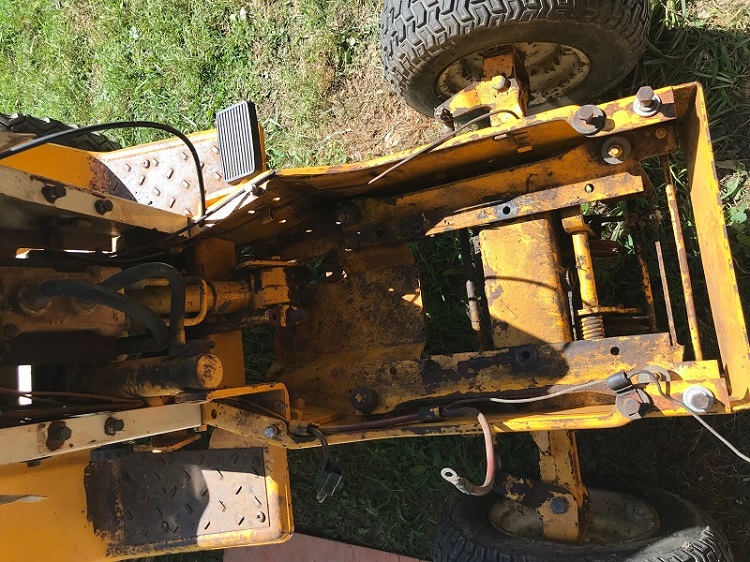 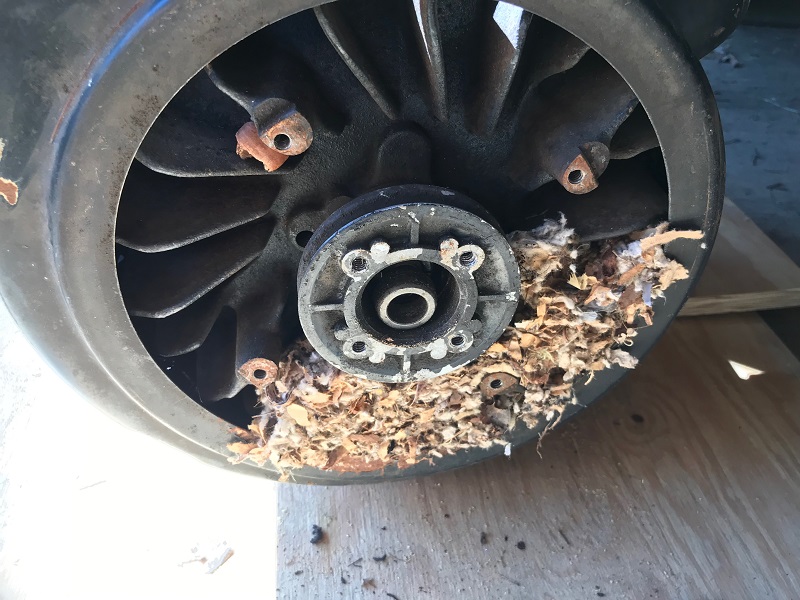 At that point, I thought it would be foolish to put things back together without at least replacing engine isolation mounts and cleaning things up a bit. After a little online shopping, instead of just isolation mounts, I had also ordered some paint, decals, and misc. parts (small parts that were missing or worn and NEEDED) that added up to about $300.

I ordered the items on Monday and my wife noticed the CC charge today. She has communicated her disapproval and also suggested that maybe a snow blower would have been better, but, her last words were "You can do whatever you think is best".

So, now that I have her permission, I will continue the project and will post some photos along the way.
M

Little does she know....she just greased the skids!!!!!


Welcome to the forum. I am anxious to see more pics of your progress.
Way to go on getting your wife's permission.

Just remember, you can always get in the last words of a "discussion."
Those last words usually are "yes dear!"

Not a lot of progress in the last week and a half that would excite anyone else, but I feel better after taking a little more time verify the condition of a few things.

The tractor sat unused for a long time and the engine seemed hard to turn over by hand, so I took it apart a little further to investigate. Found out the electric PTO was bad. When I removed it, the engine turned over much more easily by hand. I still wanted to make sure it would start and run, so I reinstalled it in the tractor and put the gas tank back on.

The carburetor was pretty dirty, so I disassembled, cleaned, reassembled with new needle/seat. I just adjusted idle and high speed to factory initial settings.

I wasn't sure it would start and run, but turned it over and it started up right away (with a puff of black smoke)and did not stall. Quit smoking and smoothed out pretty quickly and after a short warm up, did not stall at low idle. I made a few loops around the yard, tested forward and reverse. Seems to run just fine.

So, now that I know it runs, I will take the engine back out and get on with the restoration. Next update should include some actual progress photos. 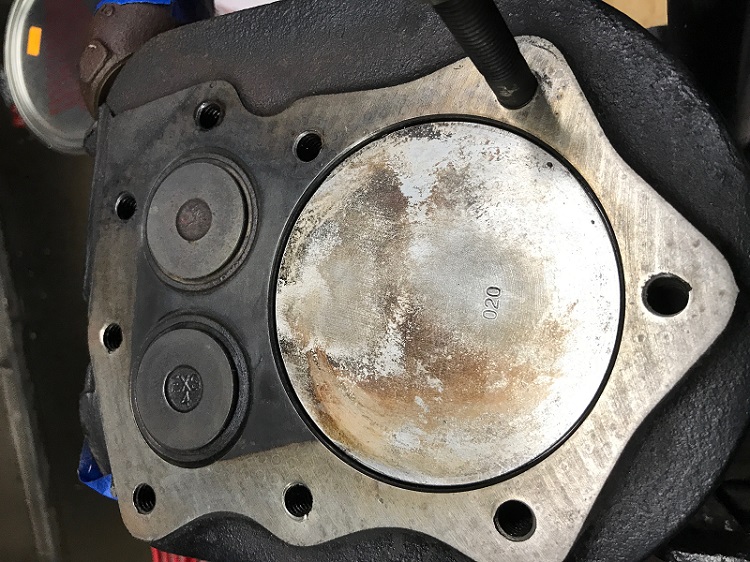 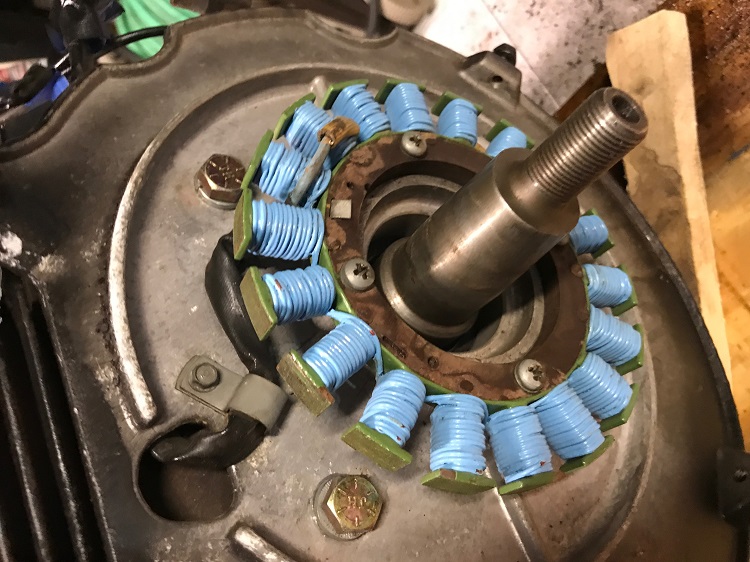 Have you gone to the FAQs (top of each page below the banners), then Charlie's FAQs, and read number 23? It's a nice improvement to tackle while the engine is on the bench.

Wayne - Thanks. I did read and do plan to make the rail modification and install new isolation mounts at the same time. You bring up a good point though. I will read some of the other FAQ before getting too far along.

When you post pics, hit the enter button between each one so they will not be side by side.

Will the new paint improve the aerodynamics? Maybe my 14 hp will run like a 16 hp once I get it put back together. Has anyone done any wind tunnel testing? 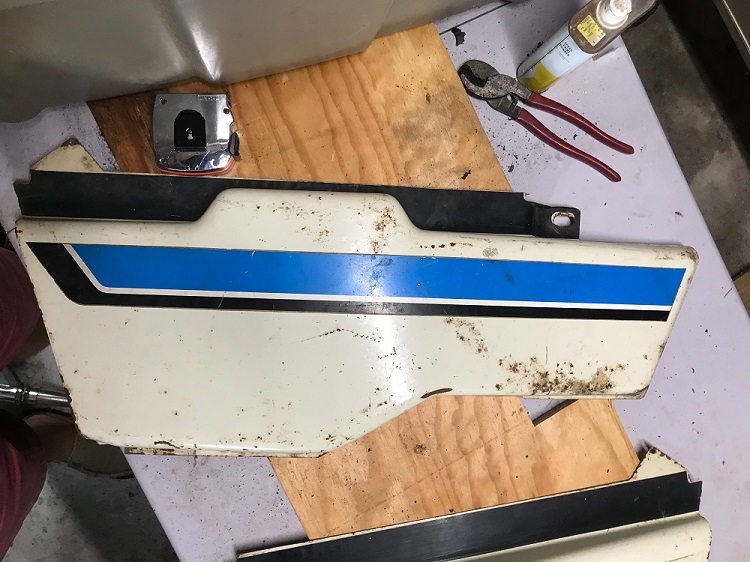 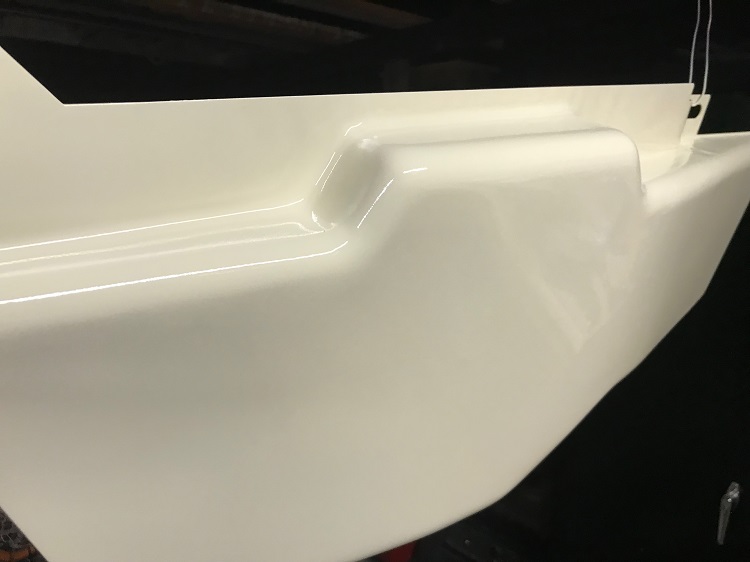 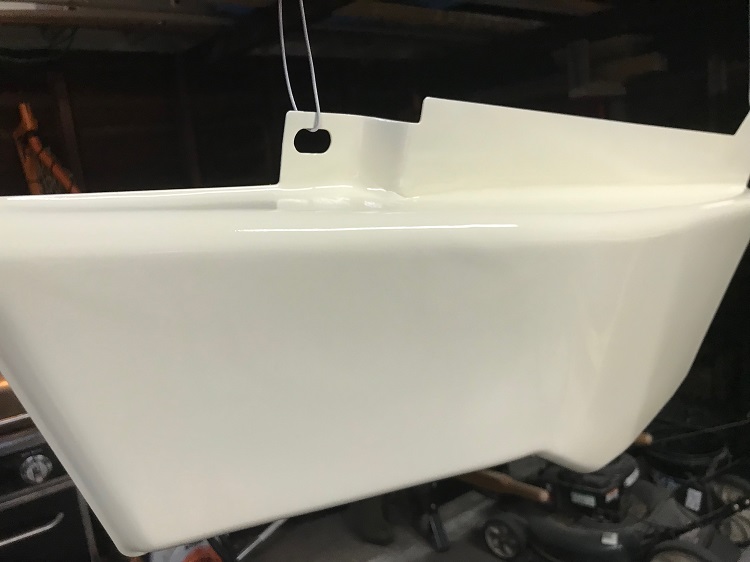 Concerned I may mess up when I get to putting on the new decals or "racing stripes" as the wife is calling them. I will need to practice with all the smaller decals and save the hood and side panel decals for last. Still a long way from being ready for that.

Place the decals where they need to go without taking any backing off.
Once you get them in place, tape them across the top to hold them in the right position.

Now, flip them over (upside down) and take the backing off.
You can then carefully flip/roll them back over into place.

If you are placing a decal over a curved surface, you could take a pencil and mark a faint line across the top of the decal to give you a reference line.
Then tape the decal on one end and remove the backing.

Now work your way to the other end using the pencil line for your guide to get it on straight.
Then you can remove the cover paper.

I am ordering new engine decals and had trouble reading the serial no., and spec no. Picture below. The spec no looks like 60291d and I found on this site that 60291 is a spec no for an IH tractor. Does anyone know what the "d" at the end means? 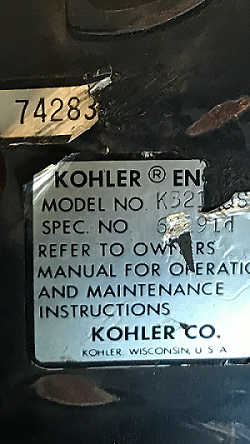 In short, it don't mean much, just the variation of the motor.

Chris - That new paint looks great. It may even inspire me to get started on one of mine. I've done one before and, believe me, if I could get the decals on straight (and I did) anyone can. Especially with the tips from mgwin. Keep the pics & updates coming.
C

Greg - I have been doing a lot of disassembly and cleaning of individual parts. This weekend will be the engine rail modification. I am curious to see how noticeable the modification will be. I will take some more pictures and update as I start reassembly, but attached is the last test drive before I removed the engine again. 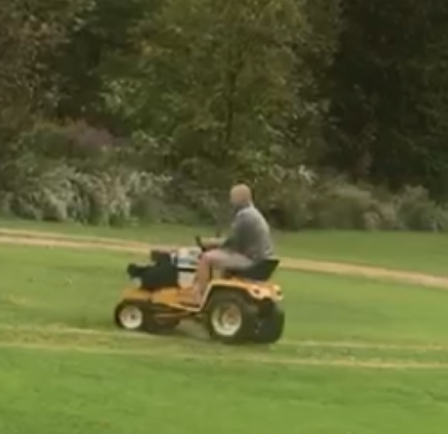 Decal gel works good. Squeegee let dry. Sprayway glass cleaner. Another option. if you get a bubble that you will never get out. Stick a pin in it.
K

Chris, I noticed it has a .020 over piston in it.. means someone else has been in there once or twice before so that engine may be healthier than you think...