Status
Not open for further replies.

Shultzie, can we(I) get a better pic of the 70 headlights? Those are curious.

Earl,
I plan on getting better pics for all tonight.

Here are some more pics of the 70 with the "bug eyes". 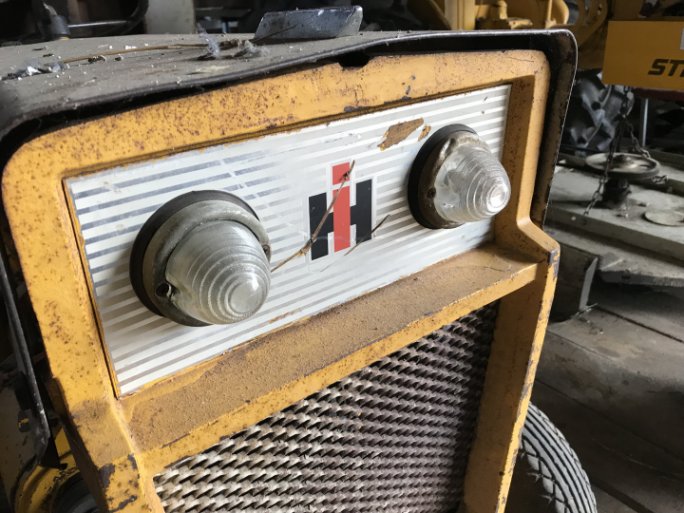 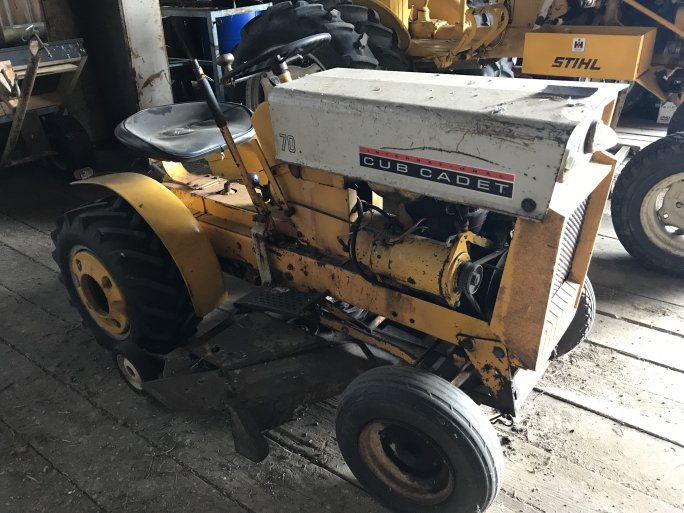 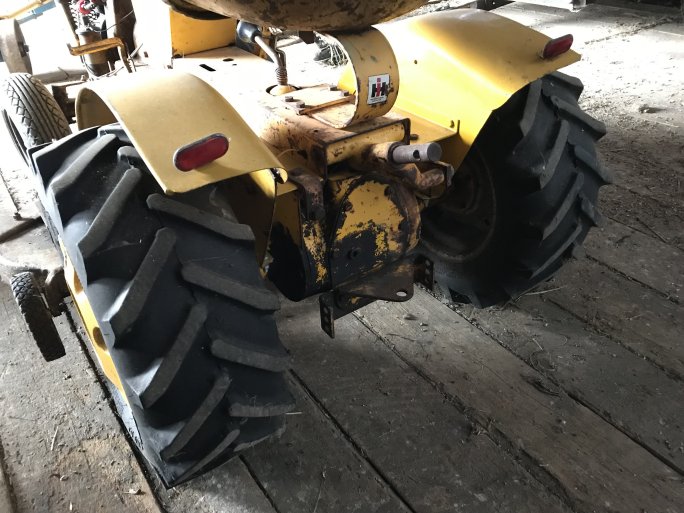 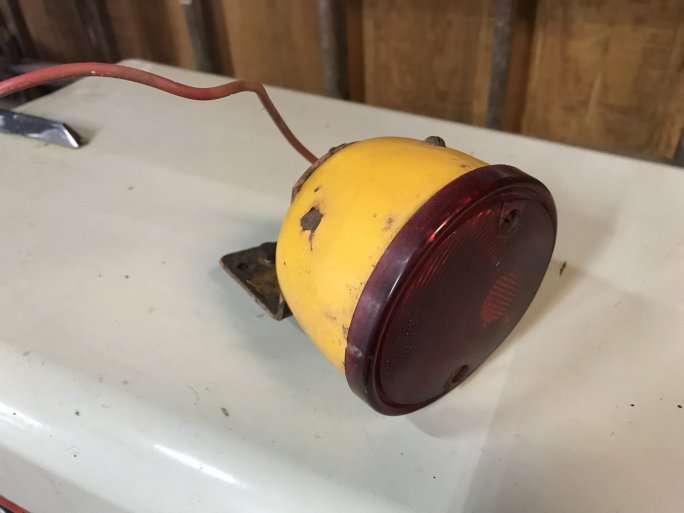 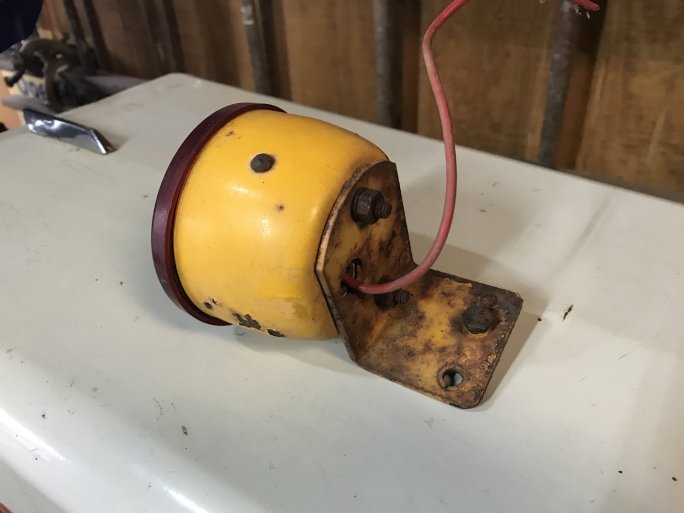 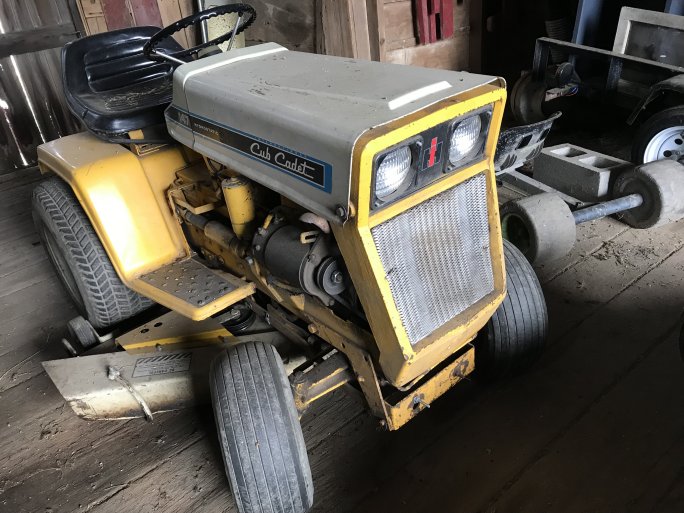 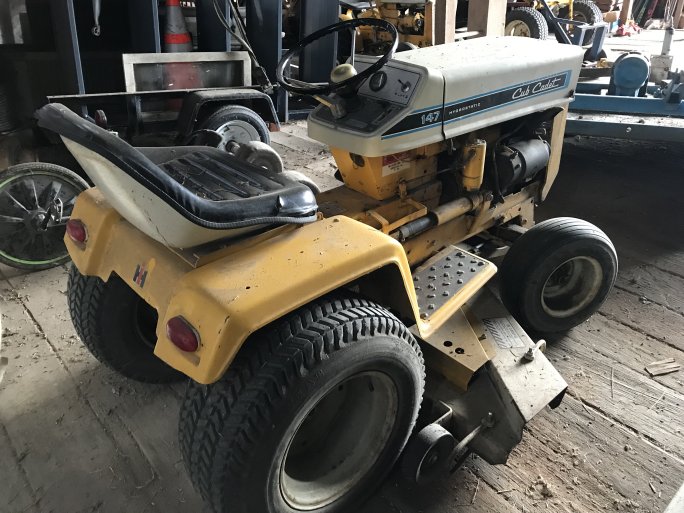 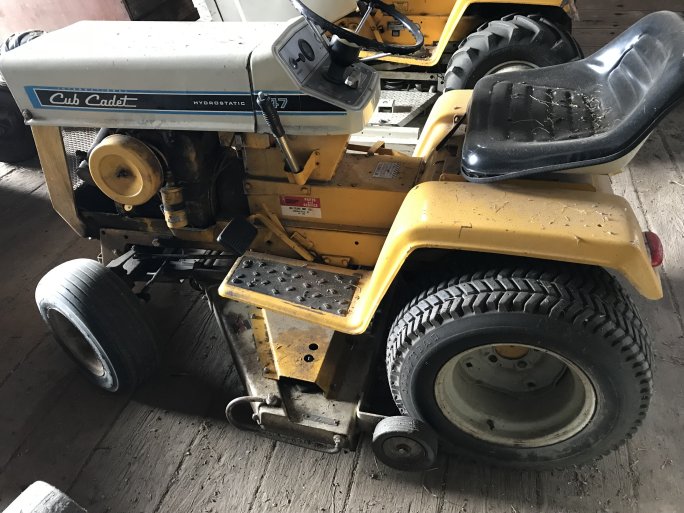 Shultzie - Your not going to believe this but I put a pair of those exact same lights on Our CC#70 the summer of 1965. I even got them uneven about the same amount. They were backup lights from J.C. Whitney, least that's where I got ours. They don't make lights like that anymore, glass lenses, everything is cheap plastic now. I took them off about 2013 when I refurbished the 70. Son put a pair of square LED's on it. They throw light almost a quarter mile but I think they look bad. I still have the bullet lights, they might go back on someday.
I almost posted when you put up the first picture, but the close-up confirms it.
I had brand new Peterson backup lights like I put on my 72 back in 1981 when I got it to go on the 70. Maybe I'll put them on.
A 70 is a nice little tractor, as long as it has a 10, 12, or 14 hp engine transplant.

Shultzie, Dennis, I'm pretty sure there's been other photos of Cubs posted in the past with those lights. I looked a little in my archives but couldn't find them, but they sure look familiar.

Dennis,
I remember the guy that I bought it from was very much a "do-it-yourself" kind of guy. I also think that it was well maintained mechanically as is always ran quiet and smooth. It didn't look very good though.

For Sale narrow frame rear lift off early narrow frame tractor asking $125.00 plus the ride thanks in advance 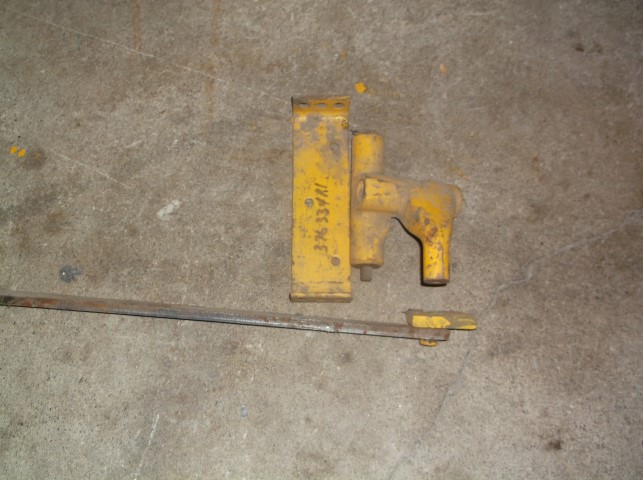 Kraig - My 70 was Really ugly when I got it. Dad once made the comment that a welding electrode holder was a dangerous weapon in some people's hands. In His hands, a welder was magic! But a cordless drill was a disaster! SON worked about five hours welding up holes drilled into the hood. But it really looks nice now with it's $200 a quart base coat/clear coat white paint.

Anyhow, pretty sure you haven't got any Before pictures of the 70. I did have a nice picture of it from back around 1966 when it had Twin Stacks, actually VW Beetle resonators. It was freshly washed & waxed, looked sharp!

Steve - that is really funny!

The Grote tail light is sold! Thanks!

Kraig - Only pics I took of the 70 was from the 1960's, it was getting pretty ugly by the '70's. I need to get the decals on it and take some new pic's. Dad got the back half of the 70 in Red Power Magazine years ago with his potato digger on the back of it in action.

Set of nice IH hub caps. These might clean up even better, but I think they look good on the tractor.
$400 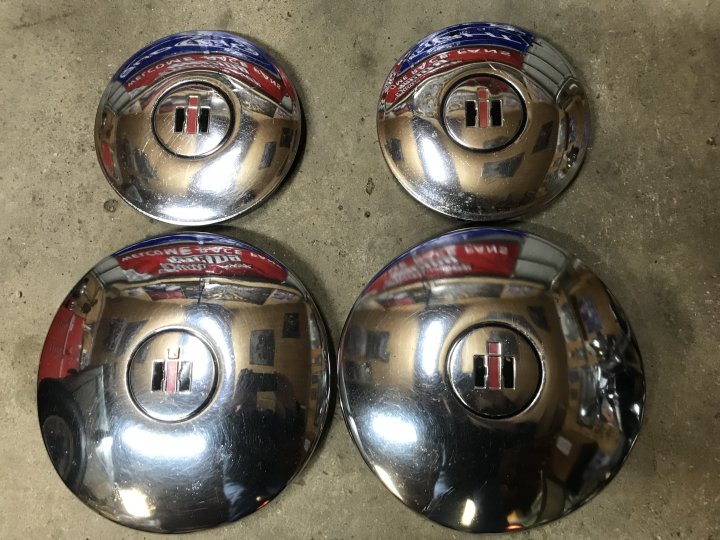 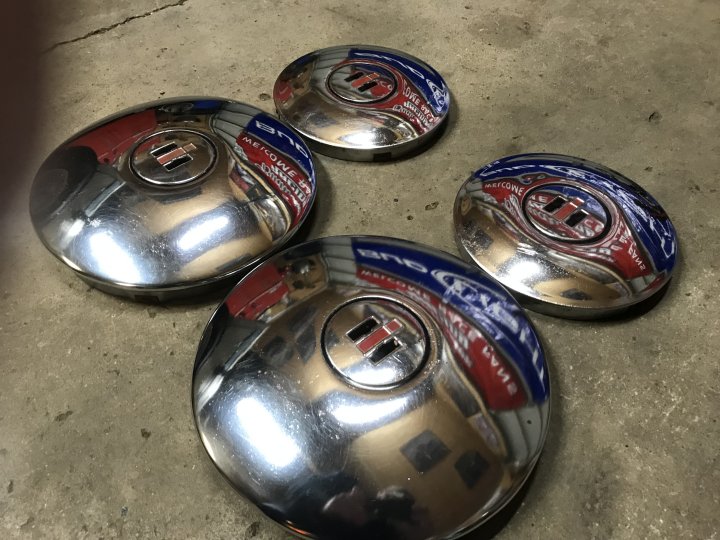 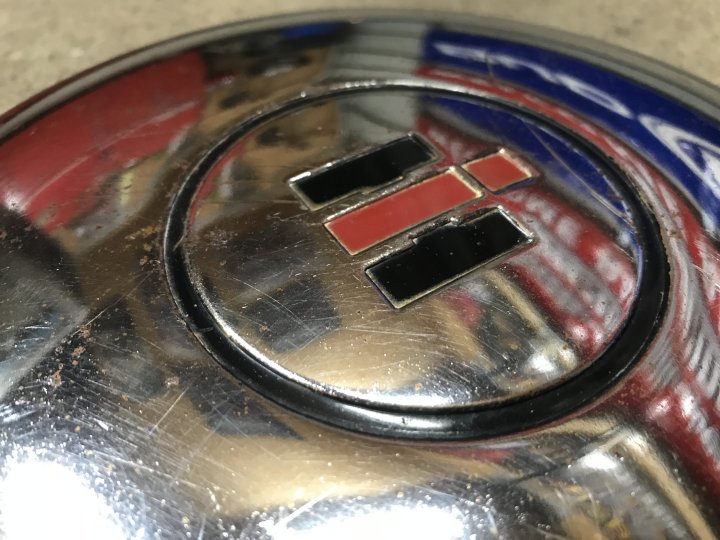 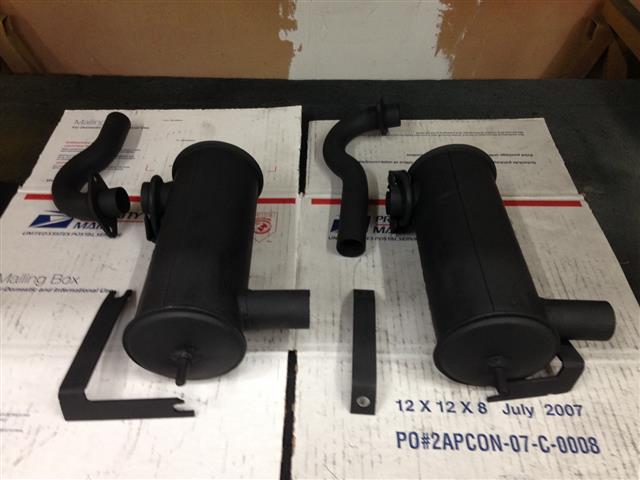 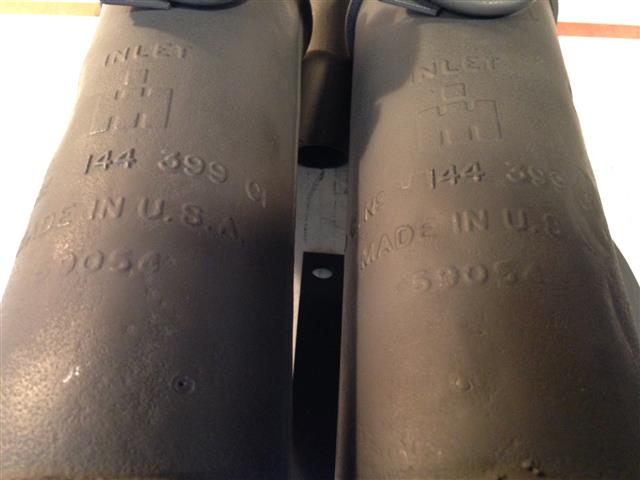 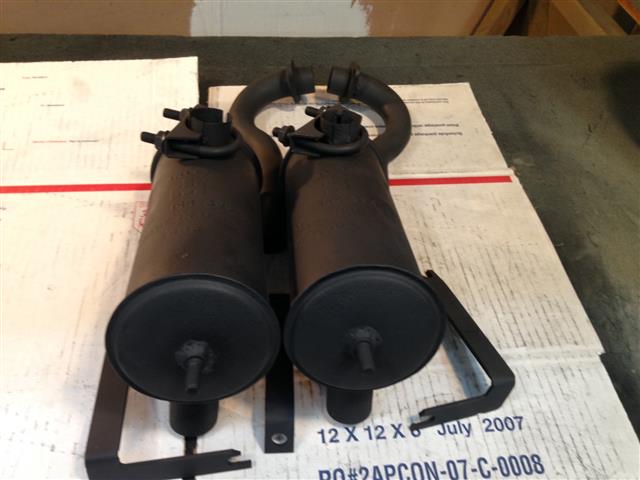 I have a 1972 129. With tiller and mower deck.
I'd like to sell it as I'm physically not able to use it any longer. I have no idea what it's worth.
Hasn't been run in several years. Needs new seat.
Tires are "fair". 12 h-p engine ran fine on the last use. Great machine for garden tilling.
Near Dallas.

Status
Not open for further replies.