Nothing like a good engine oil discussion! I use engine oil specifically formulated for air cooled engines. The additive package is different in these oils. Air cooled engines run hotter. To make up for the cushioning/lubricating effect missing in modern oils I add ZDDP to the engine oil. Doing this to help prevent valve train and metal to metal friction problems. Check out engine builder mag for a better explanation. I believe Zinc was removed because of catalytic converters issues. And I add a little MMO to the gas tank.
S

Best oil on Planet. And yes when you pour it in front of light. It’s “Green”
S

That's getting hard to find anymore around here (rotella)
S

Don’t like oil with friction modifiers added to them
S

Funny you say that Robert Walmart had (1) gal. On the shelf last week
S

5-40 Rotella synthetic is what I use in my Ford F-250 Diesel. Only because that what Ford Recommend
R 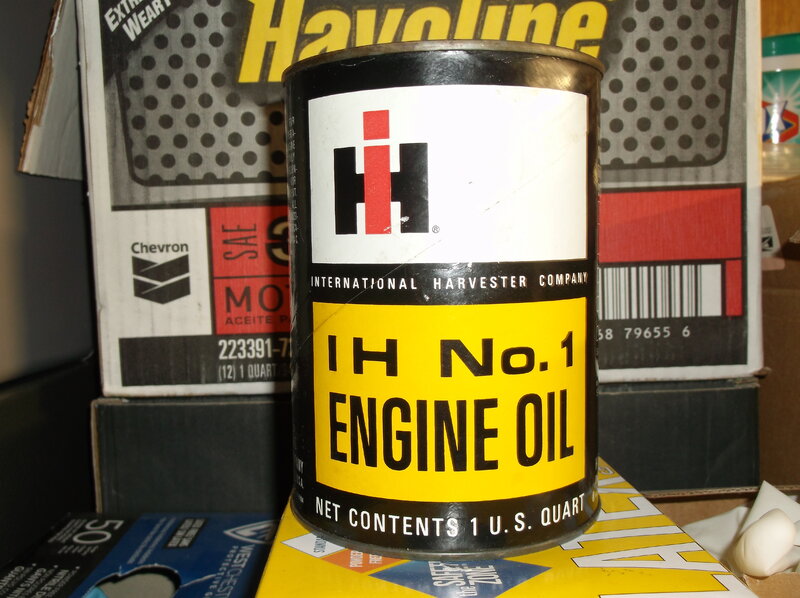 Just kidding. The can got in the way.
My grandpa used this (Havoline 30W), my dad used this, and I use it in my old engines. I use synthetic in my newer stuff with the recommended weight. "Newer engines need newer oils."
Found the Havoline at Oreillys a few years ago. Bought two cases. Bought some Shell Rotella 30W at wallyworld. 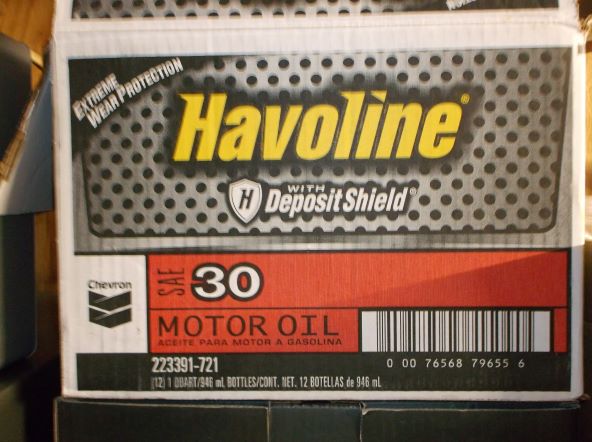 You do understand that oil is a "friction modifier"

I've been running this for a number of years with good results. 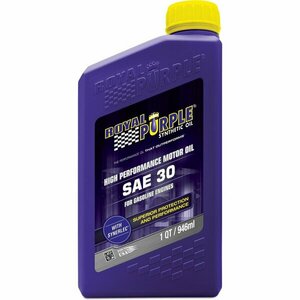 balbrecht said:
I've been running this for a number of years with good results.

Rotella was never hard to find. But lately it has not been on the shelves. Like years past
G

Some of you guys sure spend a lot money for oil in an engine with no filter.
D

Greg Riutzel said:
No 30wt in Utah? Napa, Carquest (especially in farm country) carry it as well as Case IH.

It's best to go with what the OEM recommends. Kohler seems to "tolerate" multi-weight in their service/repair manuals for K series but the caveat can be increased consumption and carbon build up according to them.

While many have gone the multi-weight route, air cooled engines run looser until warmed up and some such as Kawasaki recommend a brief warm up period before a load is applied and I think it's related to lube viscosity vs clearance.

Since the K series have no filters, the 25 hour change interval will keep dirt and abrasives to a minimum for longer life. Add to that detergents will keep the case and parts cleaner. Their job not only keeps deposits from building but also suspension agents in the oil will help get the dirt out at draining rather than piling up on the crankcase bottom. That alone is why I stick with dino lube. A busy season can rack up hours pretty quick and good dino ain't cheap but still less than synthetic.
Click to expand...

Greg has posted LOTS of good accurate information in this post. Only thing I can add is the service & maintenance manual printed by Kawasaki for the 27 hp V-twin Kawasaki engine in my Cub Cadet TANK mentions using ROTELLA 15W-40 specifically. I've called Shell's Answer Man several times and every time they assured me that Rotella had 1200 to 1400 PPM ZDDP in it, lots of old diesels had flat tappets in them. Diesel engines need an oil with HIGH detergency to deal with SOOT, that's what the black smoke is, and ROTELLA does an excellent job cleaning soot and other deposits out of engines, turbo diesel engines run at high temps, they have exhaust gas temp gauges, intercoolers, oil coolers, huge radiators, and oil jets to spray cooled & filtered oil on the underside of pistons to keep them from melting while they run flat out hour after hour after hour, I used to push them hard as they would go 12+ hours straight. A C rated oil, stands for COMPRESSION IGNITION engine runs fine in a spark ignition engine that sprcifies an S rated oil. An engine without an oil filter should most definitely use detergent oil. The only thing I can think to use non-detergent oil for is to oil the rollers on your garage doors and the big coil springs that counter-balance the doors.

It's getting really hard to find LOW ASH OIL now days. Used to be Viscosity Oil blended and packaged Low Ash oil specifically for IH, their 6 cyl gasoline tractors really extended exhaust valve life using it. CIH switched to buying oil from SHELL and only a few CIH dealers are still buying it from Viscosity Oil, I did hear FARM OYL makes a Low Ash oil some CIH dealers stock.
I've used non-low ash oil for years and years in Cub Cadets. A hard black carbon layer forms around the outside of the exhaust valve which insulates the exh valve from dissipating heat into the valve guide and the block, you get into some tall grass, shove the throttle wide open for 2-3 minutes and the exhuast valve will start to stick. If you pull the cylinder head to remove carbon, also remove the breather plate beneath the carb, remove the valve keepers, remove the exh valve and scrape the hard black carbon off the valve stem.