Killer Kohlers were once the way to go, but with the quality of the parts available today, I’m not sure anymore. Has anyone figured out if the rods available today balance the same as the Kohler rods did? The balance plate may need to be reworked.
Click to expand...

Hey thanks Jim, but I enjoy the struggle...
C

I dug into the back side of the engine. This weekend I'll machine/mill an(other) output shaft for attachment here if I have the material in my shop. 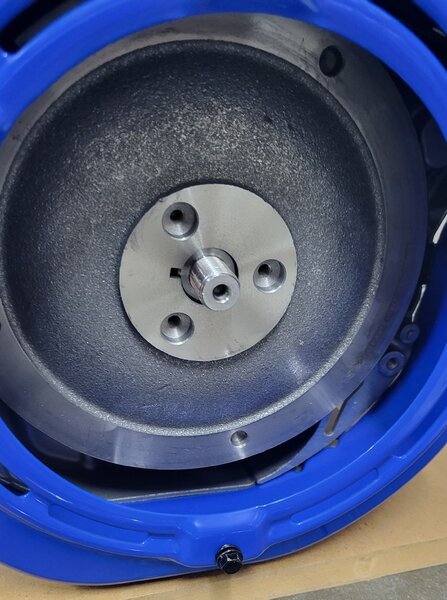 Here's a quick machining/milling project to replace my old tractor steering wheel with an updated one.

First I removed the old steering wheel and salvaged the inner splined/tapered center for insertion into a new hub: 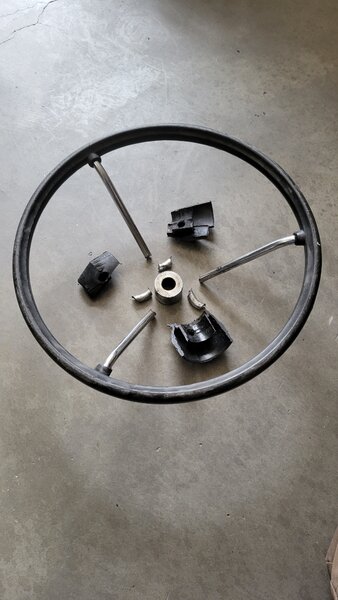 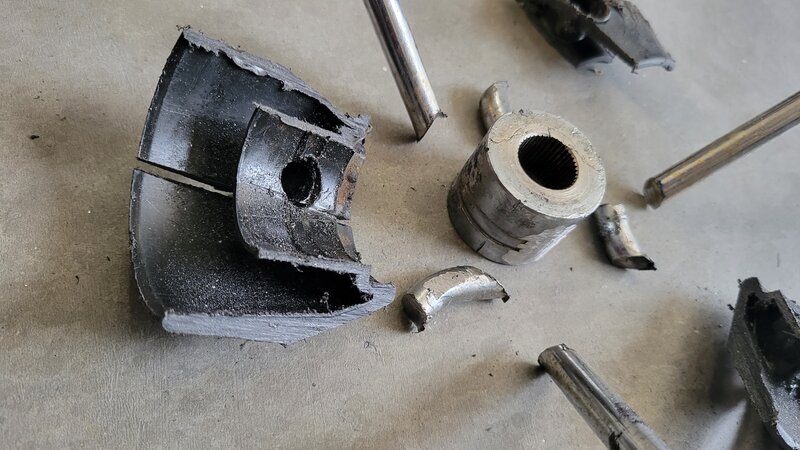 Here's the new hub (with incorrect specs for the CC147 shaft [I couldn't find one with CC147 specs]). No problem, I'll just fix that right up: 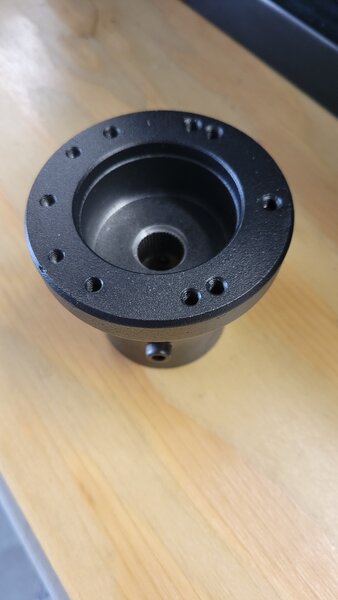 I cleaned up the CC147 insert before machining: 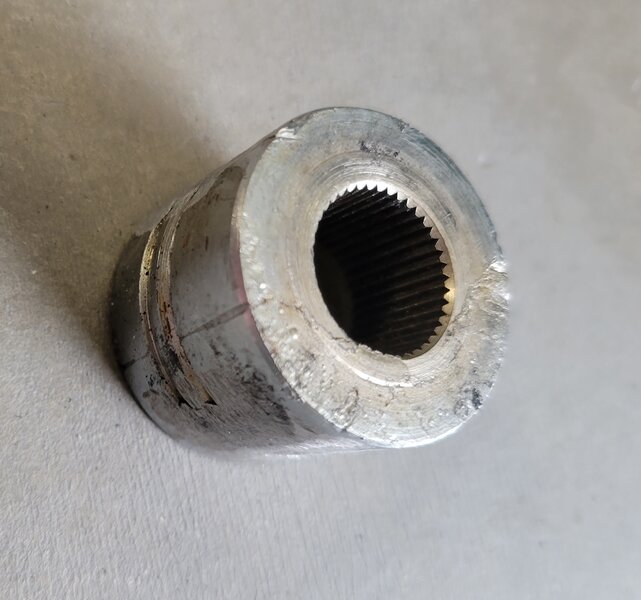 Machining the CC147 insert (I had to make a special jig to hold it away from the chuck jaws): 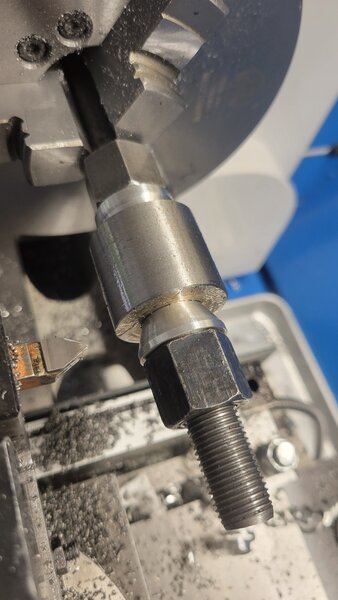 Turning the new incorrectly-spec'd hub to fit the CC147 insert: 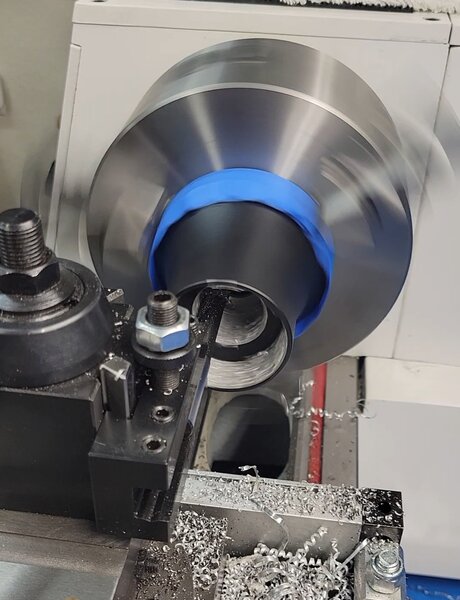 Finished hub. You can see the old CC147 insert in the middle (this is the bottom/inside of the new hub): 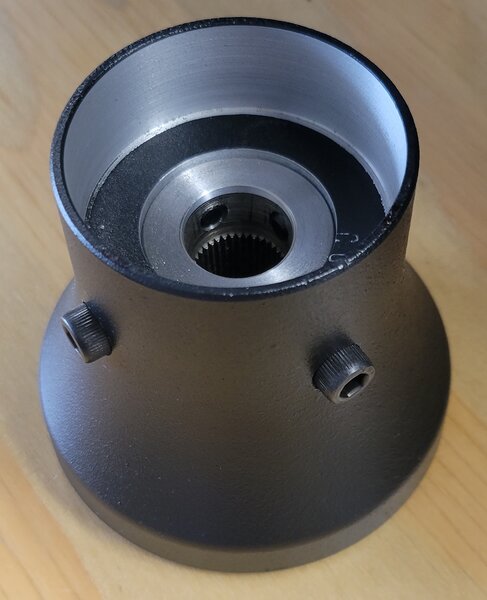 And presto-chango, a new look: 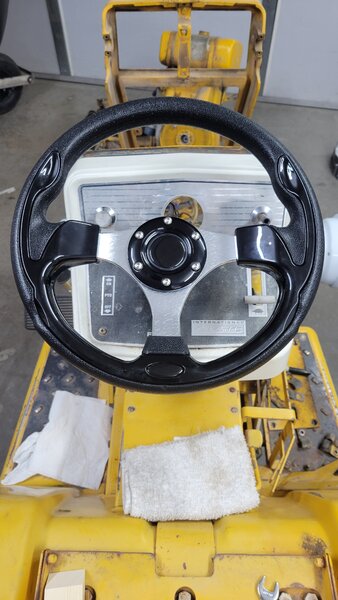 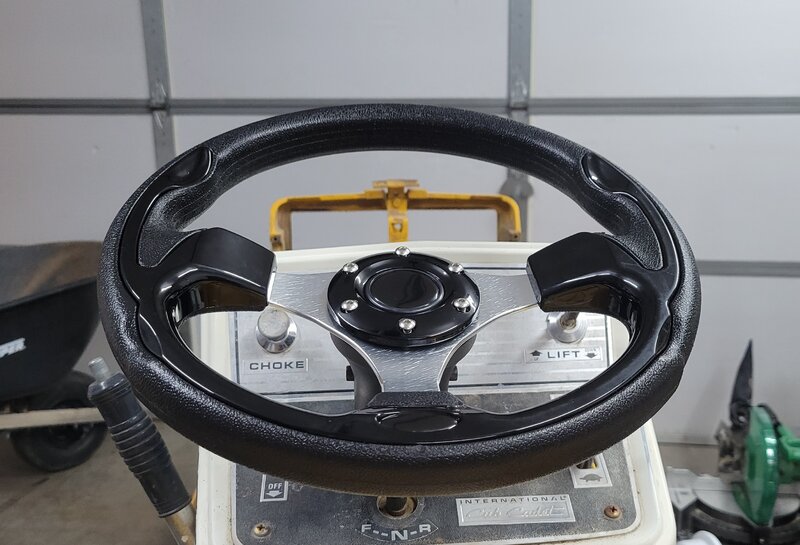 Got a good start over the weekend on the engine's flywheel-side output shaft (which will be connected to the hydro input shaft). Machined and milled some steel tubing and 1/4" A36. I pinned the backside of the adapter to fit into the flywheel. I'll cut a flange to fit on the end of this adapter (which will connect to the hydro input shaft flange) when I'm back in the shop next weekend. 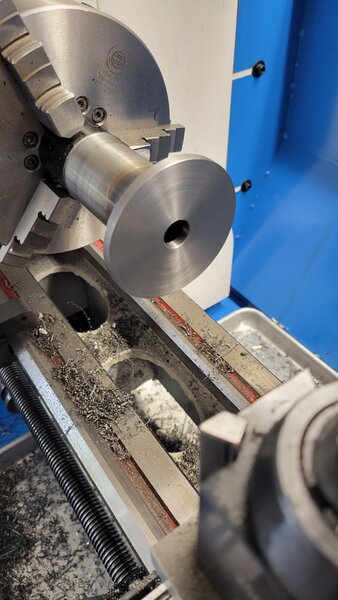 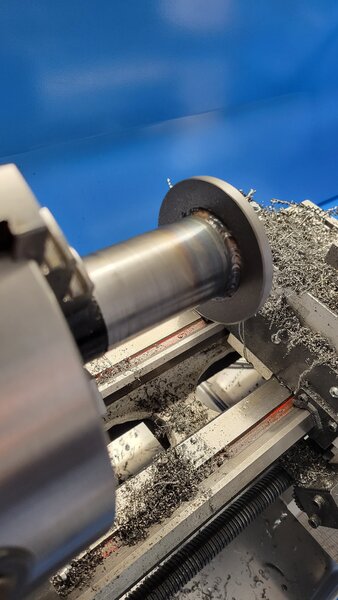 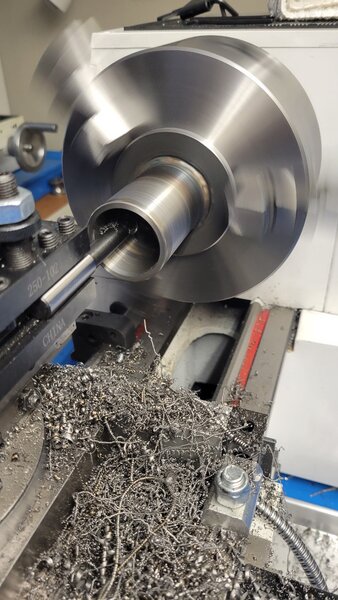 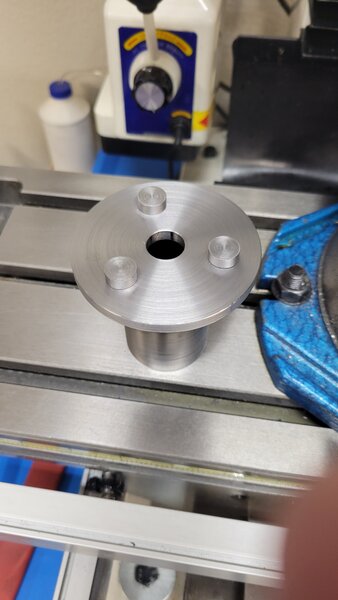 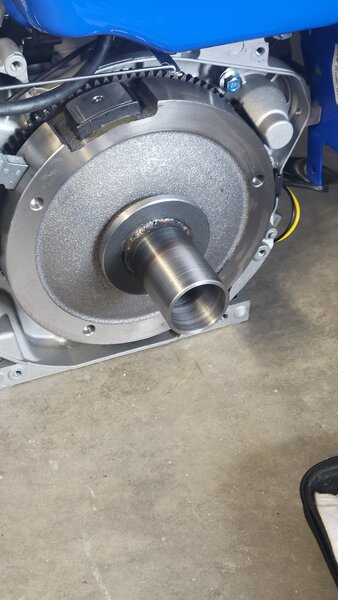 Machined a couple quick bushings/spacers, one to fit a breather tube and the other to fit exhaust studs that weren't completely threaded: 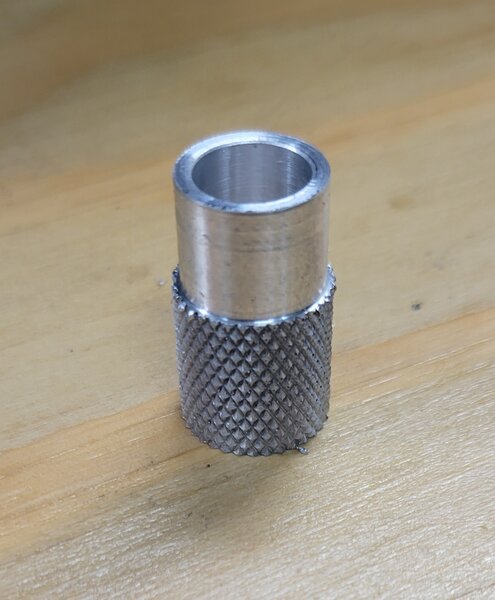 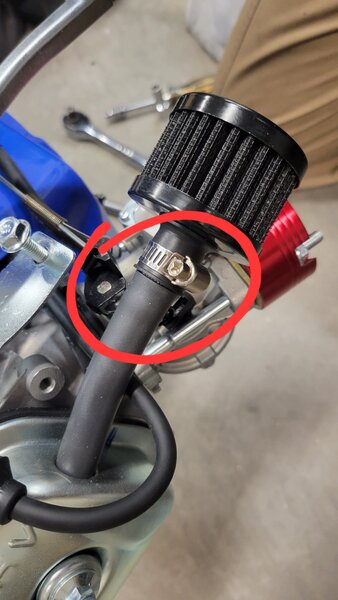 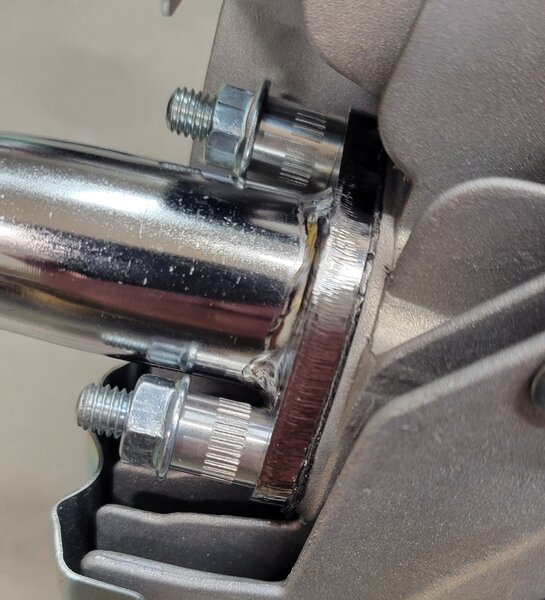 Since I'll be replacing the original 23" (R) and 15" (F) tires with 22"(R) and 18" (F), I'll need to replace the original Cub Cadet steering knuckles with newly fabricated kingpin/steering bolt spindles with axle stubs mounted higher than the originals. My other requirement is to use actual front wheel hubs in the same lug pattern/size as the rear (which is 5x4.5), not the typical/original axle-thru-wheel assembly.

For now here are pictures of the new hubs that I'll need to machine to accept 3/4" bearings. I bought the least expensive 5x4.5 hubs I could find, which are way overkill for my Cub Cadet. They're from some flavor of Nissan, only $16.95 each: 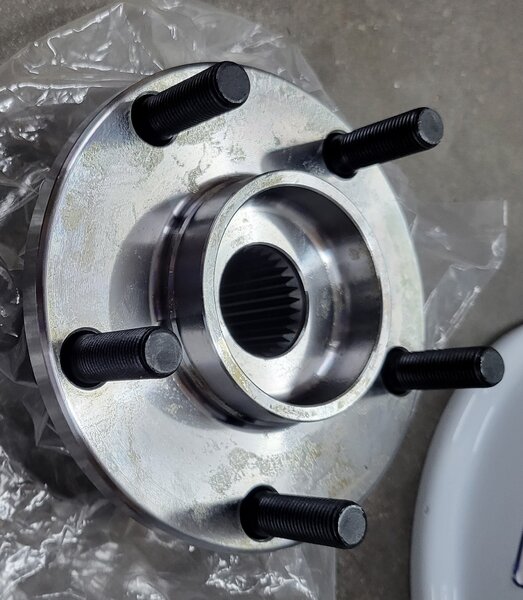 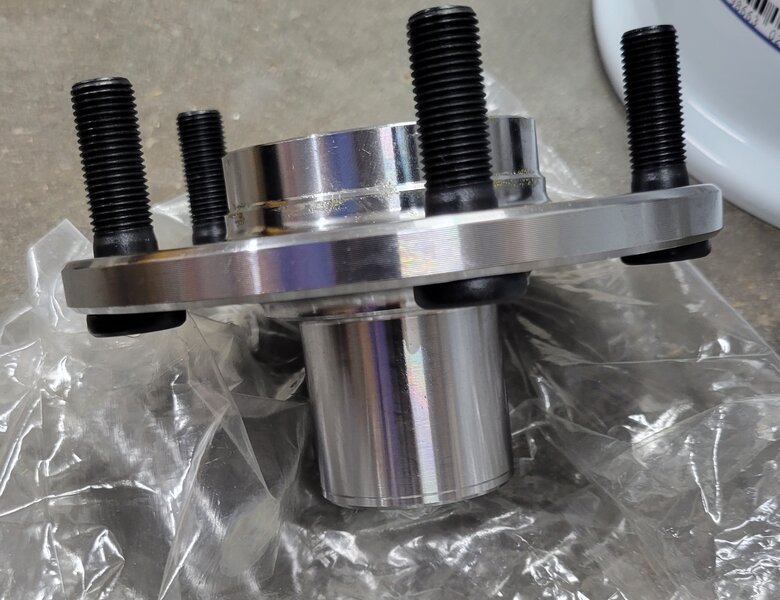 Here are the machined front hubs (outside) with new bearings: 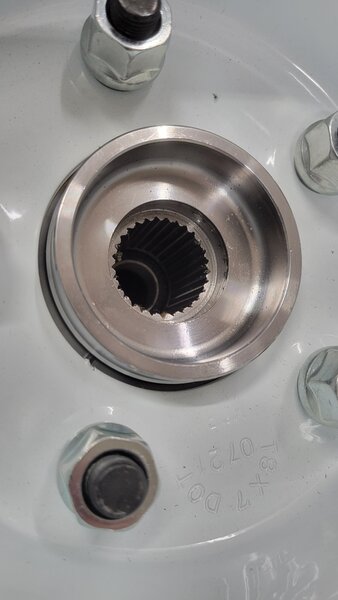 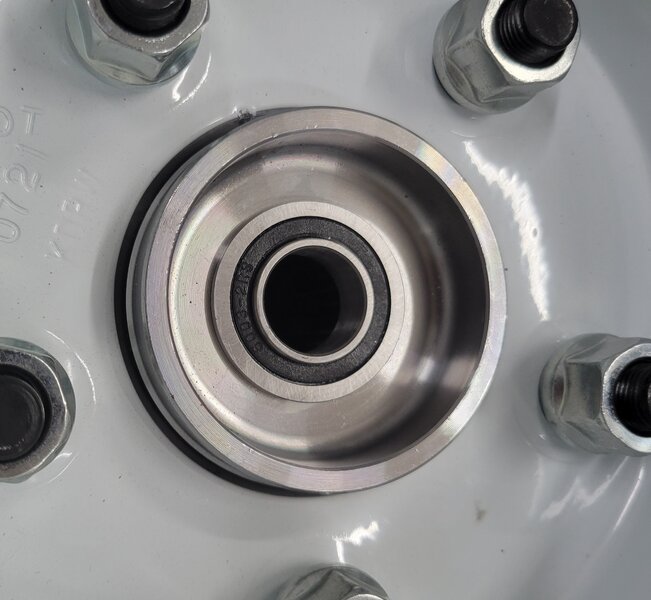 Here are the machined front hubs (inside) with new bearings: 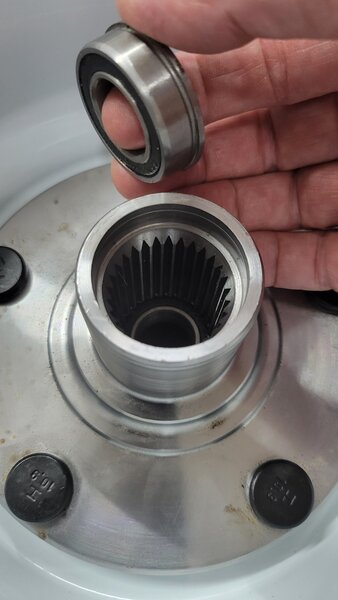 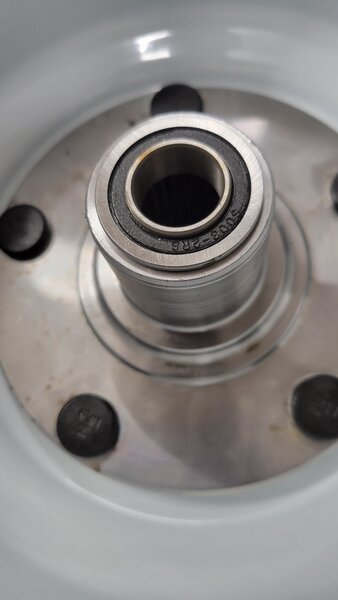 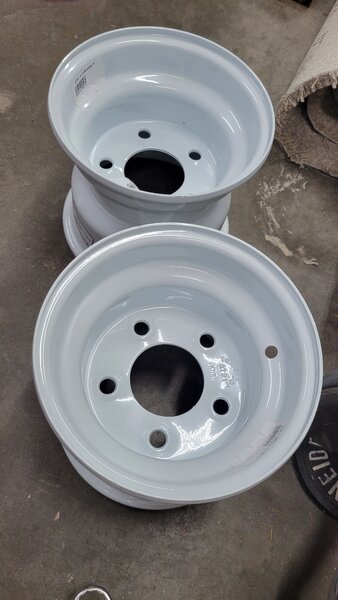 Definitely don't waste that Kohler though... plenty of people would gladly take it if you just wanted it off your hands.

You missed a great opportunity to use trailer hubs and upgrade to tapered roller bearings. I can't believe you went to all that trouble only to use the same 3/4" wheel bearings as the original wheels.

Craig, I can see you're making a lot of progress. Excited to see how it turns out.
C

mgonitzke said:
You missed a great opportunity to use trailer hubs and upgrade to tapered roller bearings. I can't believe you went to all that trouble only to use the same 3/4" wheel bearings as the original wheels.
Click to expand...

Here's a quick size comparison of the original 14hp Kohler to the new 18hp DuroMax: 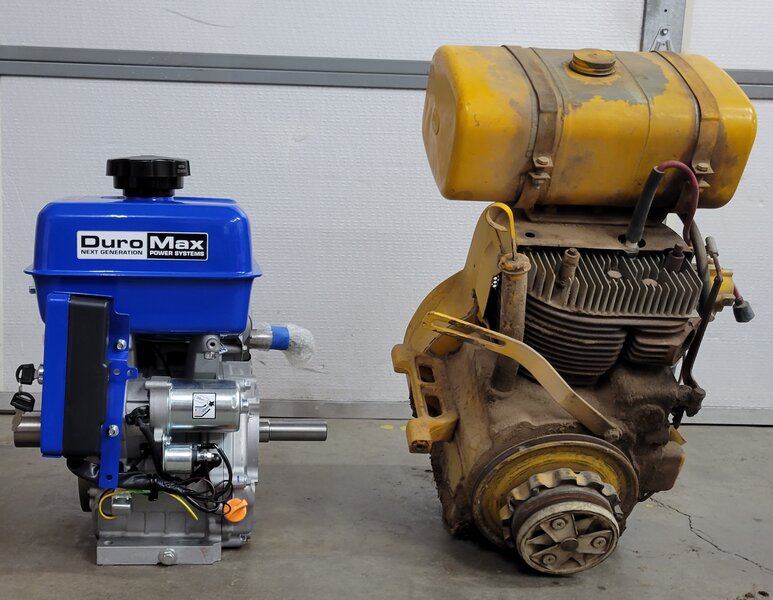 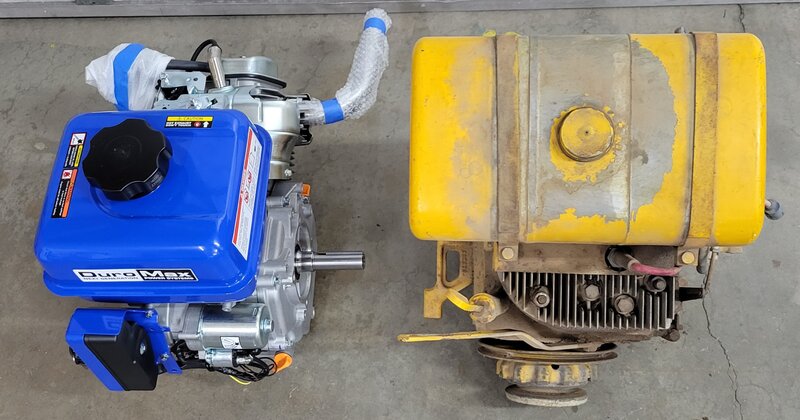 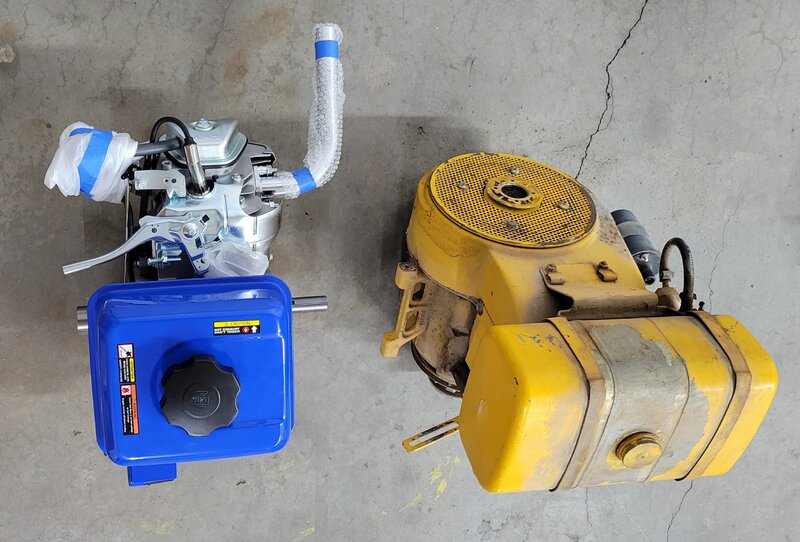 Check out this beauty of a front wheel I got from Martin Wheel Company...

I contacted the seller, they'll ship another as soon as possible. Thankfully.

DuroMax XP18HPE is much lighter and smaller. Is that a good thing?
J

What about the horsepower ratings? Can they be directly compared, or is there some conversion needed due to the rating method being used at the time of each’s manufacture?

From what I have read, the way horsepower is “calculated” has changed from the days of the K series to now…. So, no an 18 horse now, is not the same as an 18 horse K series from back in the day…. (Yes Kohler made a single 18hp K series, IH just didn’t use them…. I think Bolens did)…….

Also, if you look at some new engines, they are sold by CC’s of displacement, and not a horsepower rating…..

Now go look at a new Cub Cadet… even the smaller deck tractors (46ish inch) deck all have 20+ horse twin cylinder engines. My 54” Zero Turn has a 24 horse Kohler Twin…. But you look at a super that could run a 60 inch Haban deck…. They were what 20 horse max…. They were twins… but “less” horsepower…..
C

Cubbie said:
DuroMax XP18HPE is much lighter and smaller. Is that a good thing?
Click to expand...