FRANK M. - On Your front tires..... Just put tubes in them! $5-$10/tire and Your done with them. Biggest complaint We EVER got at FARMALL was the fact We used Tubeless Front tires on EVERYTHING. Typically a tractor, whether it's a 800# Cub Cadet or a 18,000# 5488 will roll the front tires right off the wheel if they get low on pressure. Tubes are only a Bad Thing in tires that run over 30-40 MPH. I doubt Your CC will be running faster than that. I sure don't see what everyone has against inner tubes! I think I'm getting close to having tubes in EVERY tire I have on ALL of My tractors & implements now. Only ones I'm not sure about are the frt tires on the 982 but I know EVERYTHING else has tubes. (Did I mentione I HATE flat tires... and I have all the tools to fix & repair them at home?)
R

Funny about those prototype hood latches on the 127 being up for discussion now. At the Kent show this past weekend, Kenny Weinmann, Jim Chabot and I were discussing the different types of NF hood latches (since we had some of each right before us) and came to the conclusion that the 1x6/7 was in fact the best design of them all. Locked down tight, and provided a fore/aft stability (relative to the dash pedestal) that none of the other NF designs had, probably extending the life of the fiberglass dash behind it.

Seeing the prototype's hood latch design, we get a chance to see the "discarded" idea. Seems they would have needed some sort of grommet for the hole in the pedestal to prevent "egging" of the hole, and a metallic rattle sound in general.

Hey all, while we're on the subject of 1x6/7 hoods, does anyone know what type of rubber bushing or pad is supposed to be used at the front of the hood on that support that sticks up? I ordered them from my cub dealer and they look just like a short section of heater hose with a slit in it. I glued them onto the support with weatherstrip adhesive and they won't stay put. Any suggestions?

Funny that the discussion was about hood latches since one of them on my 147 just broke yesterday!

Add to previous post,
NOT slit, just slid over the tabs.
Kenny

Steve, they should be just like a short section of hose, I don't know why they would have a slit in them though. They should just friction fit onto the bracket. 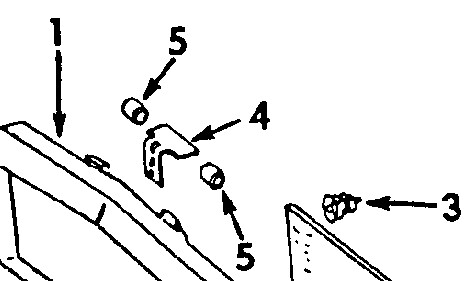 Trivia for all you smoker cub types out there(782D, etc): Do you know what the "D" means in the model designation of your Kobota D600 engine? No fair using a search engine to find out.

Hello Forum!!! A special thank you to Paul B. for posting the pictures of the 127. We are thrilled to have this tractor, even though getting it back to Ohio turned out to be a real adventure!!! If anyone is curious about it and has any questions, you can email us and we will try to answer them, though we are still learning about it ourselves! We were going to post some pictures of it, but the work schedule makes it tough. Once again, thanks Paul for the nice pictures and it was nice to meet you in MO. I don't think we had ever met you before. By the way, we had never seen your Original 409 before. That's really something!!!
S

Thanks Kenny and Kraig, I'm not sure why they come like that from MTD but they do. I'll try some heater hose unsliced and see how that works for me. They're always missing on the ones that I see so I wasn't sure if the factory ones were split and there was something I wasn't doing to get them to stay. Thanks for the info.

Ya know this crap is gettin old real quick!

THE LOWS TONIGHT ARE EXPECTED TO DIP INTO
THE UPPER 20S AND LOWER 30S AT MOST LOCATIONS.
R

OK Jim, give it up. . .short of calling a Kubota rep, I have exhausted all means available to me.
A

Geez Charlie, my posterior is still well done after all the 90 degree plus months we had this summer. Not to mention the heat killed three of my batteries in the cubs. Batteries seem to last two to three years down here. Its about 75 here now, finally a decent day! You can go outside and you're not soaked with sweat by the time you walk to the truck. Yeah!!!! Winter!!! Bring it on!! 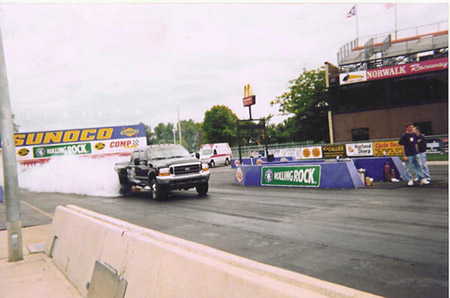 It does not mean diesel, it's the number of cylinders, in German no less.

For more detailed info go to http://website.lineone.net/~trucks.morley/Products/Kubota/identification.htm#top
B

Hello Forum. Has anyone else ever seen a tractor with hood latches like our 127??? The serial number on that is 295080 or something like that. Paul B. was probably correct that it was made 6 months prior to the rest. The serial number is a 125, but it has external brakes. Go figure! the grill is correct for a 127.
C

Steve Selinger,
I also purchased the hood bumpers from MTD for my 147. They were cut just as you said. They would not stay on so I used a short piece of either 5/8" or 3/4" heater hose, but did not slit it. I don't understand how MTD expects them to stay on. The heater hose has stayed on and has not been a problem.
T