Thanks Charlie, The pictures Kraig were showing me don't look like the brackets I have. It seems to need more support on left side.

Oh, Man.... Now Kraig has one of them Green Things. First Charlie with his little cutie pie green one, then Art A. No wonder I just had to buy that one I have sitting out between the house and garage.

Fancy asked me to post a picture of a Cub Cadet to offset those greenies pictured below. 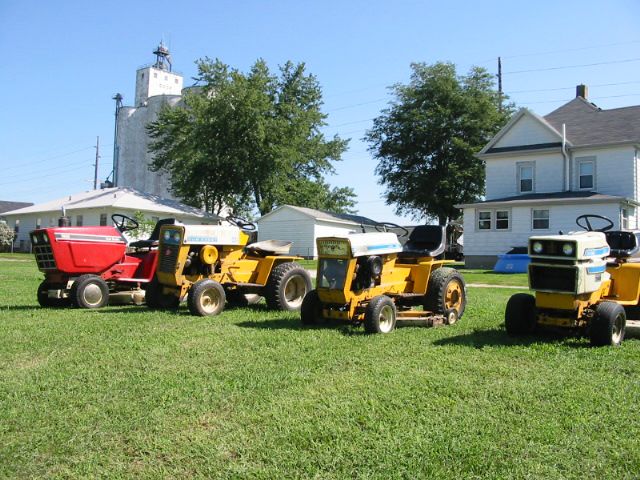 The wind is fast and chilly tonight. They are talking warmer weather this weekend. Much colder and Fancy will be wearing his winter outfit again. 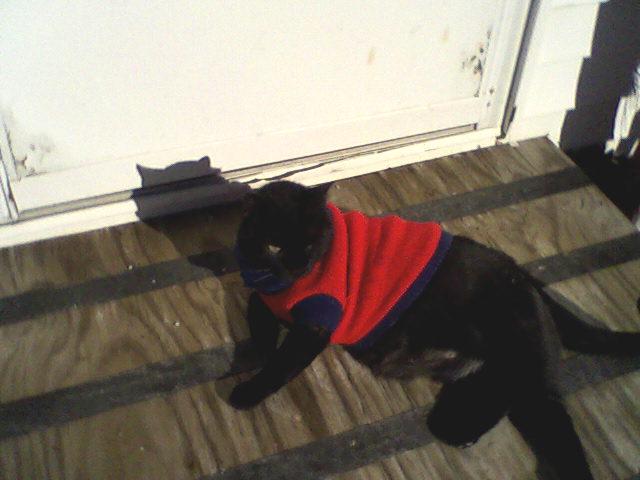 Marlin Homrighausen
I like the RED one lol.There is no way i`am buying any green tractors,I don`t have the room .

Fairly slow on here tonight, so I'll ask a general interest question on terminology that I've wondered about for some time. Are the Quietlines and x82 series considered wideframes? The frames are obviously wide, but many discussions seem to make a distinction, and the term WF is used in reference to the pre-QL models. For instance, Charlie's recent post says he has instructions for installing a windbreaker/cab on NF's and WF's. Do the WF instructions work on QL's? (If yes, I'd like to get a copy). Just curious...

Kraig, I finally gave up on building a Cub Cadet utility vehicle. I had collected a lot of parts for it and had a good engine. The thing that gave me the most problem was trying to figure out how to get the width on the wheel base using the cub rear end. I never did like any of the ideas I came up with. The frame and the front wheels could be built easily but the rear gave me fits.

I finally gave up and bought a Kawasaki Mule and it has been a life saver. I put a electric dump on it and use it almost every day. You get one and you will never hook a trailer behind your cub again. 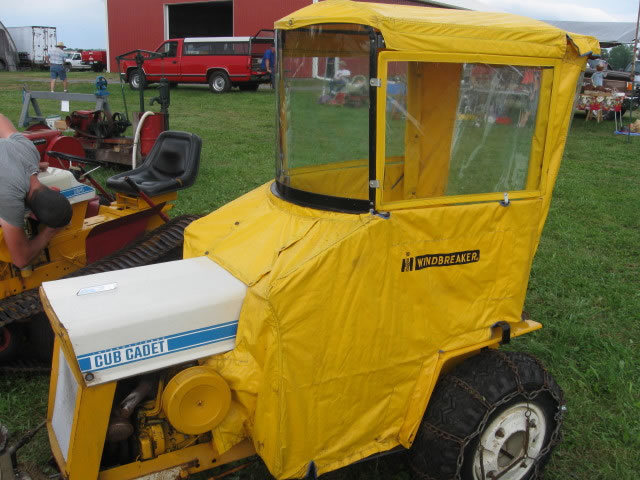 Refers to the width of the front frame at the implement attachment point.

Wide frames evolved out of the need for larger engine flywheels to accomodate 14hp and larger engines (the 147 was a bit of a odd-ball with it's notched narrow frame).

I have used the exact same windbreaker cab (made for an 82 series) on my 149 and 782, so there isn't much difference...mainly in the area where the windshield attaches to the dash.

Thanks, Mr P! That'll help me fabricate the missing parts. 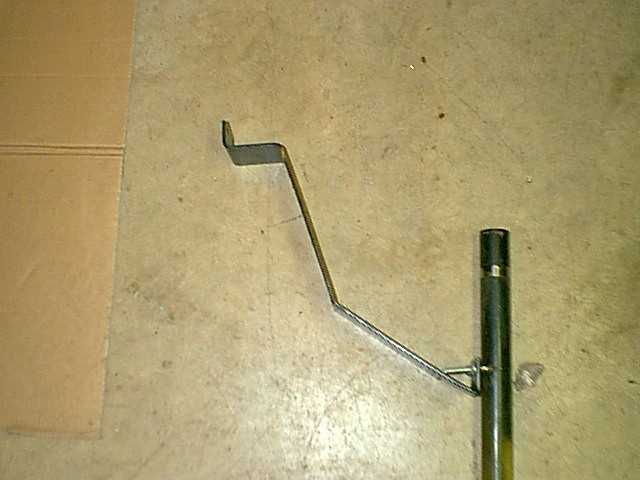 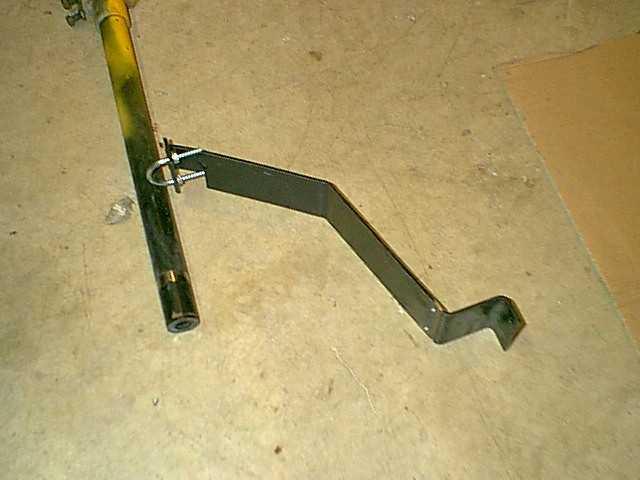 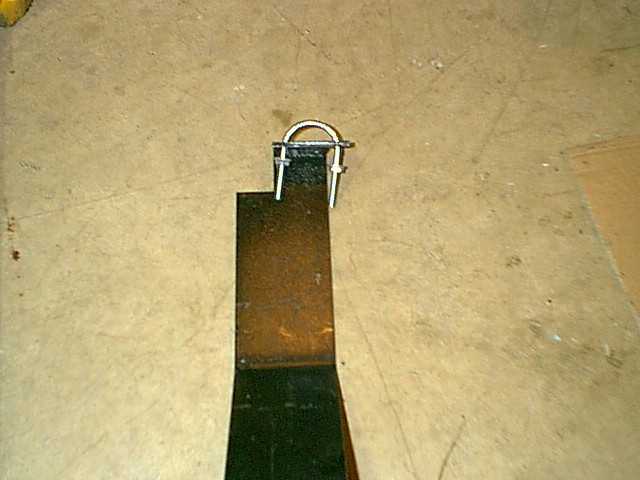 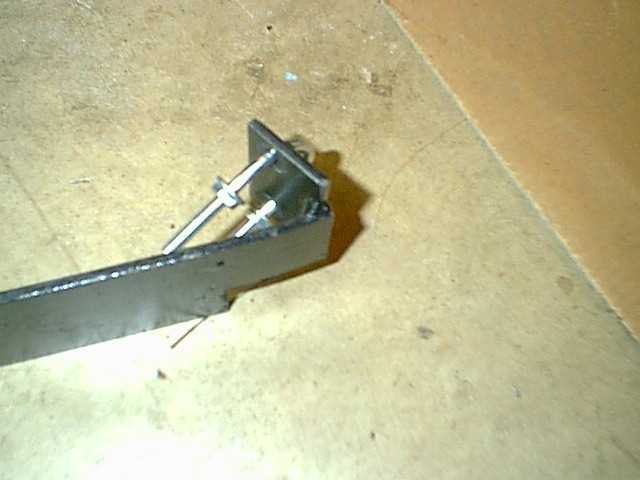 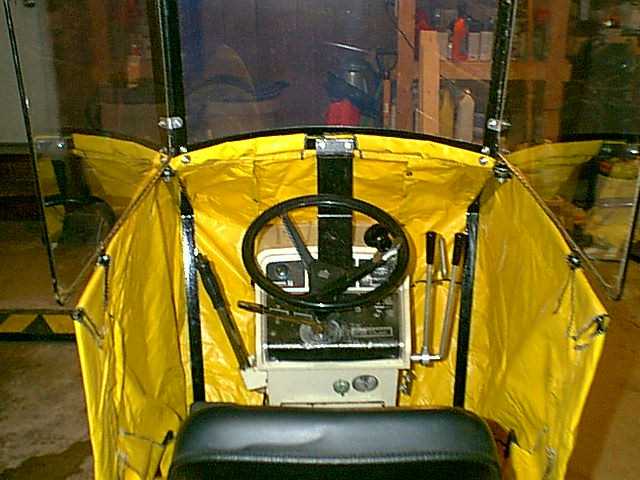 82 series bracket that works retro all the way back to the xx8/9 series. Clamps the the steering column and holds the windshield.

xx8/9 and QL used an under hood mount for the windshield.

Marlin, nope no green for me. My parents bought that to replace their 2072. Since my father passed away I'm pretty much the only one that uses it. I mow my mom's lawn and blow the snow from her driveway. I also have used it elsewhere around the farm with a brush mower to mow down burdocks to try to minimize now many get in the horses manes and tails. It is a very nice tractor but I still like my 125s.

Richard, I think I have a workable plan for widening the rear. Note the placement of the transmission in the sketch with regards to the rear wheels. My plan is a chain drive from the axles to new hubs. Could even add a rear suspension of some sort kind of like how the new JD Gator works. This would also add ground clearance as well. I'm not sure if I'll go for a pivoting front axle or with A arms and coil over shocks.

I'm sick of backing trailers full of firewood into my garage weekly during the heating months. A utility vehicle would be sooooo much easier. Not to mention the added traction of the wood payload above the drive wheels instead of hauling the heavy trailer through the snow. Plus it'd be fun to play with. I do have a set of 3" wheel spacers that I bought from Travis S. Travis had Dan H. make them for him for a project that he was working on, when he lost interest in his project I bought them from him for my utility project. One of these days I'll quit modifying the design and start working on it. Shoot it only took me about 6 years to finish up K4K.

Thanks, Steve. That's what I thought, but wasn't certain, since some conversations about wide frames don't include the later models. Sort of an unofficial distinction within the WF category, I suppose.

Thanks for the pics of the windshield support, too - that's one of the parts I don't have, and I like the idea of making one that'll work with the 782 and the 1450. And it seems like it would be a lot easier to install above the dash instead of under it.

I wish I lived a little closer to your place - sounds like fun plowing this weekend.
M

Charlie, Tomorrow when you have time could you send me the Manual for the NF. Windbreaker assembly, Please. Lewis, I saw that one online when I was looking for info. Nice huh. Thanks for everybodys help. Hope I get it done Before the snow flys!

DONALD - Same here, if I got a green tractor all the IH's would pick on it. And there's a L-O-T of IH's in the shop, it'd be really out-numbered. Two FARMALL's, three CC's, IH-powered pickup, and a fridge.
D

I have been up for 3.5 hrs so far this am, the wife some how hit the button on the dash to turn on the interior light and out side mirror lights. So she told me to fix it so she could see to drive to work

. I do not want any green tractors at all. they might be good tractors but I have all the tractors here I can handle.That said I would love to have a diesel super for grass duty lol.I think every shop must have a cooler for water and such on hot days. I must hit the shop and sand some, I realy hate sanding and that is all I have to do now. I`am at rear fender and the blower and my O refurb all at once.its still wet here and can`t sand blast,that would speed things along some. But I find even after sand blasting you have to fill and hand sand some usually.I think my epoxy resin will be here today and I will coat the bottom edge of the blower with boat cloth and the resin. I need to get some more glass because as soon as we get a good day with no wind and dry I will be blasting most of the day.Parts from Charlie should be here any day now so I need to be ready so I can move on to the Original that I started and finish that.I bought the new decals for it 2 years ago,time fly's by for me. Have a great day
M

Charlie, I don't know why but, as Don T would say my confuser won't let me open it.
M

Marlin, I thought I was the only one that takes my cat out for a walk to see the CCs.

Melody, I just emailed you the jpg versions of the NF cab. It's the version for the 1x6/7 and is quite different from what you have.

If anyone wishes to see what all was included in the basic WF Windbreaker cab (remember the top and rear curtain were optional) go to CC Specialties then click on the NOS Parts button and scroll about half way down the page. Charlie sold a NOS one for me some time ago and he still has the photos I took of it on his site.