Frank C. thanks but I already did that, I had to get out my magnifying glasses to see your pic. I seem to have some hood to grill contact, replaced the hood bolts with the correct size, but still vibrates and rattles
F

Well, I guess I've been gone too long. Time to relearn how to post pics: 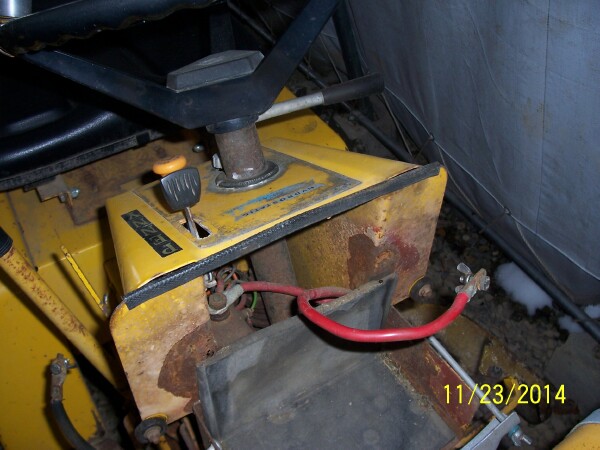 Now, WTF (FYI, Don T. that means What To Heck) am I going to do with this? 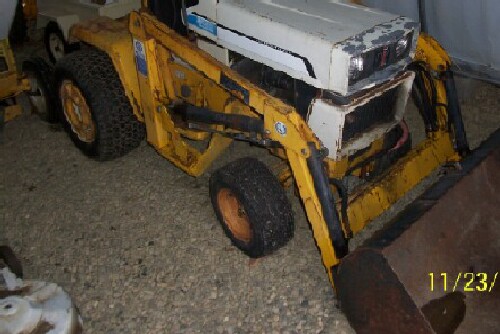 DON T. Have you gone here? 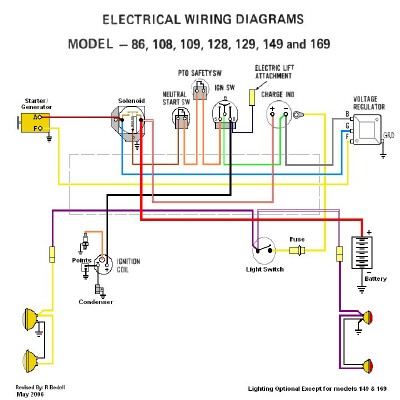 Ok guys as directed I removed the wire from the f terminal and ran a continuity test and found the correct wire. this time I got signal on only one wire. I did run a ground wire from the voltage regulator to frame ground because some one said no ground will burn out my new regulator . Took my fresh charge battery and when I attempt to connect the battery the Cub 149 engine will roll over ?what Is up now

Frank
yep have that wire diagram here printed off in colour . I installed the point saver and new blue coil and had the cub running great . I just had a no charge issue for some time and wanted to install a new voltage regulator and have a great 149 . GRRRR I have what I can`t see .
D

dang could it be my starter gen shorting ??
H

Michael H - glad to see you post. I'll keep praying for ya in upstate NY - and even hoping the temp don't rise to quick.

Frank C (aka Spud Picker er, is it Woody?) - if you don't know what to do with that thing, well load it up and take it over to NY. I'm sure Michael H has a lot of uses he can show you.

Doug B - ya you can use the Mule drive but I believe you have to remove the pulley assembly set-up. I always thought it was much cleaner and easier to use the frame extenders. I always had trouble trying to mount the sub-frame with the mule drive - just never wanted to line up well. Frame extenders are easily aligned.
F

Can a S/G start an engine but not charge? I think the answer is yes.
Is the answer here?
https://www.ihcubcadet.com/IHCCFAQ/StarterGenerators.htm
F

we can say it can`t be the starter gen because I just took my spare and same issue connect ground on bat and cud engine rolls over with ing key off position .
D

Just makes sense to me to mount the blade with something already solidly attached to the tractor.
D

Can a S/G start an engine but not charge? YES.

Don T. did the charging system work before you installed the points saver?
Also you mentioned that all the wires at the reg. were the same color which would indicate that someone has replaced them at some point. I would trace the harness to that spot and open it up.
the person who did the work may have not properly spliced the wires. If it were me I'd redo it with correct color wire, use heat shrink crimp connectors. I can't tell you how many times I've had cars come in were someone has rewired or added something, used the wrong gauge,color, twisted the wires together and wrapped tape around them. It may work for awhile but sooner or later will fail.
A

If I read Dons description properly...is he saying that S/G turns over by itself with no key? I didn't look yet but didn't a few years ago someone have the same problem and it was with a regulator with welded points! ?
EDIT: But then again, maybe a miswired reg could do the same thing.
D

It seems someone made extenders from a mule drive. seems like they should be tied together for strength. 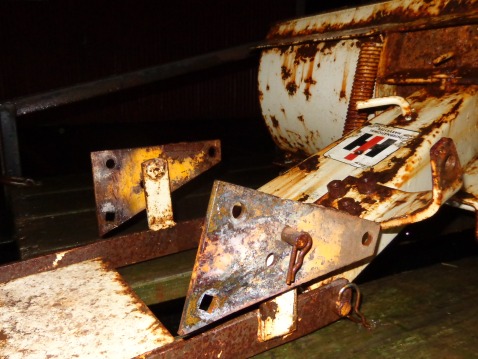 Don T. is your spare a known good? or just a unknown used part. If you have another tractor I would pull the sg from that one and try, but only after checking the wiring harness as I mentioned earlier
D

guess I better get a new wire set or get my friend Bobby to check the Cub out. The tractor does have original wires. 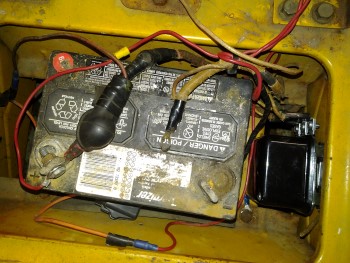 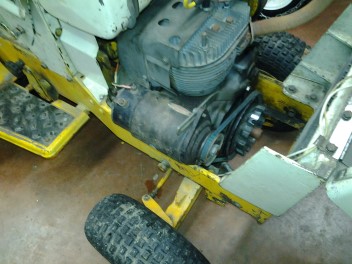 The red wire to the black fuse holder is for my back up light .
R

Is there 4 posts on that VR? I can't tell from the picture.