If you are referring to the oil that goes in the creeper gear, the manual says to use 1/2 pint of IH Hytran or SAE-30 wt. oil. I prefer the Hytran.

Keith, here's a link to a youtube video on setting the governor on a Kohler K series that might be helpful. You'll have to skip ahead in the video until around the seven minute mark where he starts talking about the governor.

Kraig...thanks for additional info. I'd been checking out videos but don't believe I came across this one. So far I adjusted the shaft and arm as far ccw as it can go (as per previous suggestions). So now I'll wait till the tachometer arrives and then see where I'm at. Same with carb settings. I found a bit of a discrepancy regarding the suggested low idle setting between what is mentioned in the Kohler manual and my owner's manual. The former says to turn it out over 2 turns, and the latter says 1 turn. I went with the owner's manual since I came across a sheet where I had written down the exact measurement of how far out both high and low idle screws were set.

Not sure if this chap is showing off his transmission, or if he is far too happy about rolling over his Cub Cadet?

Cub Cadet pioneered the hydrostatic transmission in its lawn tractors, dating back to 1966... so we think maybe its the former. 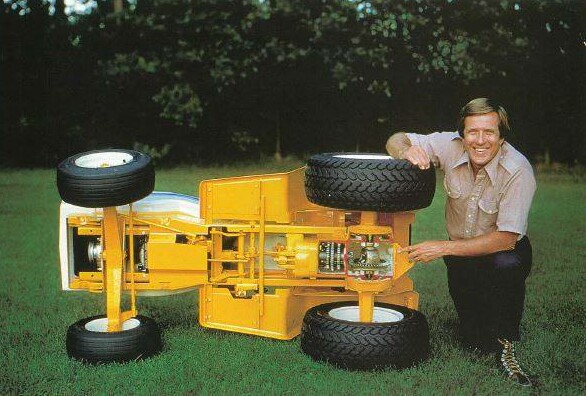 When the engine is running the fly weights on the governor will change the position of the governor arm relative to the throttle linkage......it is a dynamic system that is sometimes hard to understand in "static" mode.
R