Wayne - that sure sounds like price gouging, but I'm not sure it fits the true definition. Someone has to pay the $1300 and actually buy one. I don't think the Gov't gets involved unless the item is a necessity for living (or something along that line). Companies are free to put any price they want on an item and the American public can decide if they want to pay it. I'm fairly certain it's nice to have a Kohler short block replacement, but I also know Harbor Freight is selling a lot of engines for less than $600 that can probably be adapted. With that in mind you're probably really right - Kohler no longer wants to sell the short blocks, or maybe their running out and are just willing to put big prices on them until they're all gone. Who really knows. 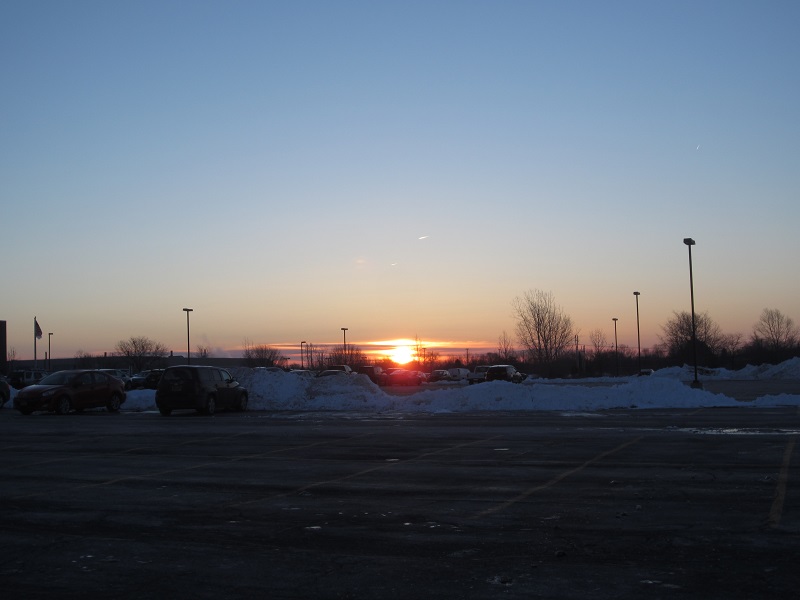 Hey group, I've got a neighbor with a 154 Lowboy that I might buy cheap. Is there a Lowboy forum out there & could they possibly be as nice & helpful as you guy's are? Thanks

Wayne - was thinking more about what I said below (start of this string). I wonder if it's actually Kohler at all, or if it's a distributor doing the price gouging you're hearing about.

I found out about the "Kohler distributors" along time ago when I got a price from a local CCC dealer when I lived in CT. He told me the part was less ordering it as a Kohler part rather than a CCC part. I don't know why or how it was, but I ended up calling a dealer in the Midwest (past sponsor on here) and pricing the part. When he gave me a lower Kohler price I asked if that was discounted and he told me that was the list price. We discussed it a little and he told me my dealer must get the part from a different Kohler distributor. After that I almost always bought my new Kohler parts thru him.

And another thing I was thinking. I know Kohler stopped making K-series engines a long long time ago. I kinda doubt they are still making short blocks. I'll bet the short block you're hearing about is almost certainly an NOS block in the distributor inventory.

You know, maybe Charlie will fill us in here on some details.
K

I've looked through this site and many others but can't find a good answer. Actually - I'm finding too many answers, but they're all different. 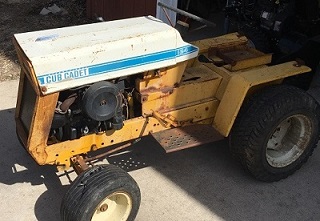 I found the serial number tag but I cannot find anywhere online that tells me the build year of the machine. Here's teh serial number:

Can anyone help me nail down what year this was built???

Hey gang just to touch on the short block issue for a sec,you may find that's it a middle,triple or fourth man scenario and everyone wants to get a taste of the action,that's maybe why the price rises so sharply.so the other thing is I just acquired a snow plow for my 125 the price was right...free but here's the rub it's for a wide frame,now I asked about this before and (I'm sorry I've forgotten who) someone suggested that I could cut the quick hitch studs off of the frame and turn them around so the studs now face in for a narrow frame.so here's the though could I grind off the heads off the studs and push them out and replace them with a hardened bolt and nut so I could move the studs back and forth in the frame tabs?My reasoning for this is so that when someday arrives and I do get a wide frame I could just reorient the bolts so they face out again and use it on another tractor with out permanently changeing the plow frame what's your thought guys??

Frequently asked question #10 listed directly under the fine sponsors at the top of the main page.

Ethan, that is indeed interesting to think about. 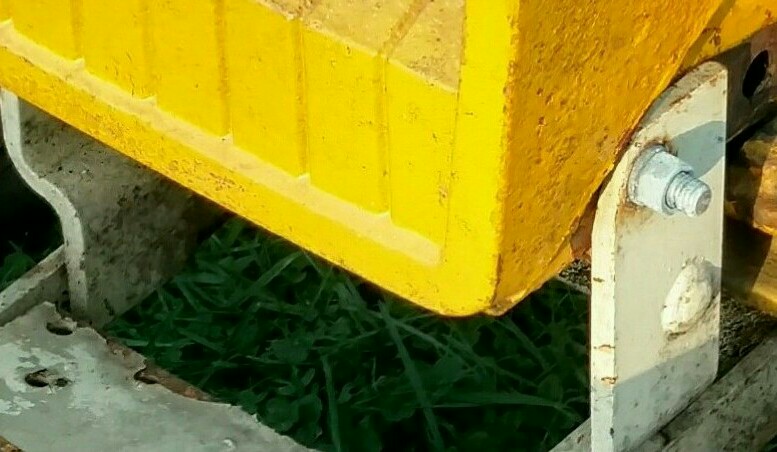 Here is a very close up on my 100. It has a NF quick attach, but the tractor does not. 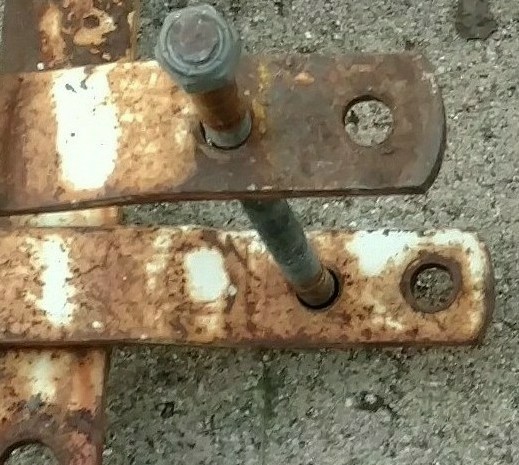 This subframe was on my 1200 for a while. I suppose you could do something like this, but it had a problem of not hooking on correctly. 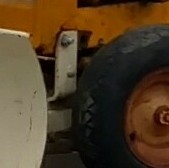 One other thing Ethan. I can get you the measurements from the attaching area(the part that bolts on my tractor) for reference if you'd like. Just to make sure you modify it correctly.

Kraig M. That is one nice looking picture. It shows what an Original can do with a plow and turfs.

Wayne S. As Harry and Ethan K. said. Find a Kohler distributor for parts and a short block.

I noticed that you're in Outdoor Sales. Did you get the 124 in on a trade or will it be a keeper? With a little TLC that will be one nice Cub Cadet.

Going to work today so I'm going tomorrow to Oskaloosa. I need a Road Trip and see more Cub Cadets. Everyone have a SAFE and wonderful day.

Earl-just another quick question how closely related are the quick hitch setups,i.e. Model 100 vs my model 125

Next question, anyone have a brainstorm as to how and get the old rivets out of the S/G frame??
E

David S-maybe sheer off the old rivet heads with a chisel on top of the old tag so the rivets are a little proud of the SG case and grab an easy out or a pair of vise grips to work the rivet shafts out,but I bet some of professional resto guys on here may have a simpler process to change out that tag
E

DavidS
Just take a small flat blade screwdriver and tap it under the old tag by the rivet and pry up it should come right out. If it doesn't you could shear them off and re drill them
You must log in or register to reply here.
Share:
Facebook Twitter Reddit Pinterest Tumblr WhatsApp Email Link