Send him this to compare with! 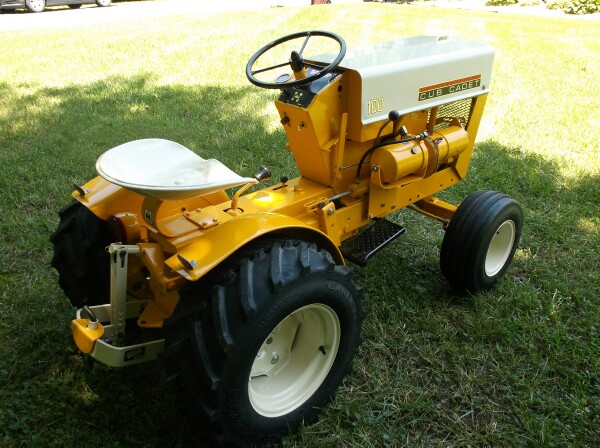 Do you have any pics of a #2 IH trailer with wood rails? Any pics will do and I realize this is a little OT (but it's Friday too).

Wayne, I do not have any photos of the #2 trailer with wood rails.

Wayne: Not the best picture, but I may be able to find some others with a little looking. 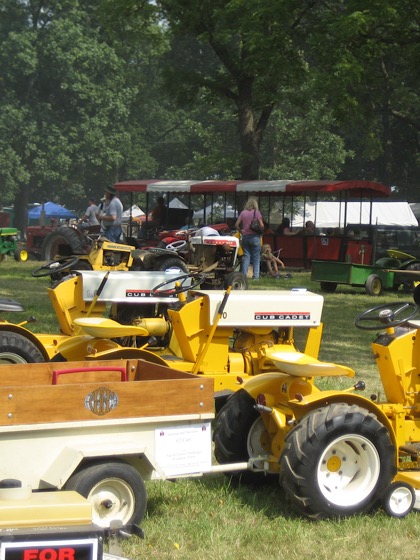 I never though to look through my archive of RPRU photos.

I'll probably find some there. THANKS for the inspiration. 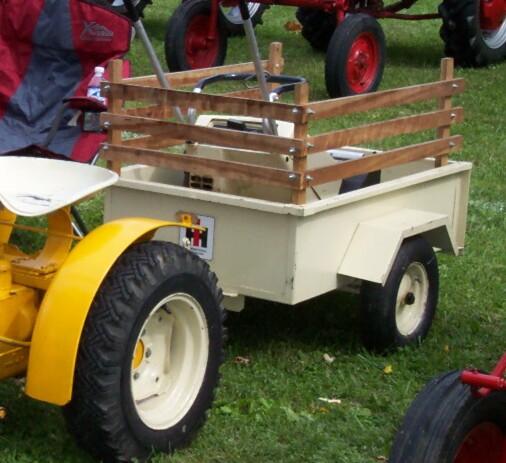 From RPRU 2003 Photos by Doog Martin. 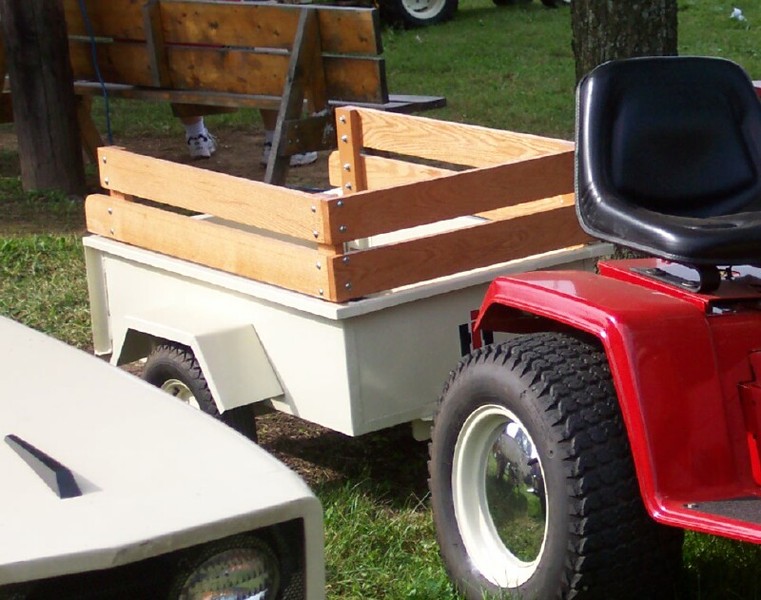 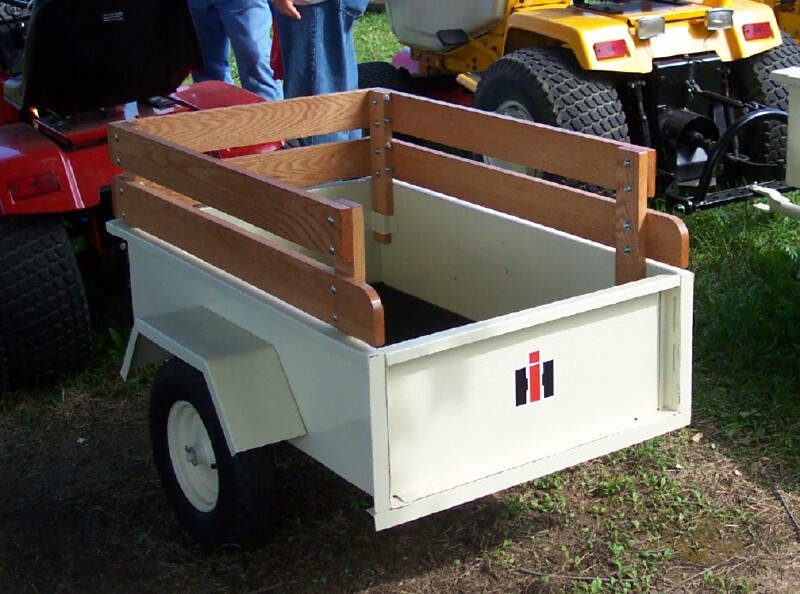 I have a question concerning the Kohler muffler 230410.
Why are some silver, and some black? Is there any difference other than color?

Marty G.
Yep there is a difference.
After the black ones get really hot, it's hard to see the paint burn marks.

Thanks Paul, Kraig for the #2 pics.

Gerry,
OTS is good too ya know.

Gerry - keep your eyes open for a Pronovost P-503 dump cart. Local Simplicity/Kubota dealer got one in trade with a whole bunch of Honda attachments and a Honda lawn tractor, guy bought a Kubota with cab/heat/ac/loader and mower. I finally got the trailer at the company's Dutch Going out of Business Auction. Thing is as handy as pockets on a shirt, but you need a pair of remote outlets and a cat. O 3-point is handy too. It's just a tiny bit small to use with my loaders on my big tractors but would be perfect with a CC sized loader. I did move 15,000+# of dirt in 3 hours one afternoon.
Wish I could find a 12,000-16,000# capacity Pronovost to pull with my big tractors and trucks. Don T was familiar with them, since their plant is North of the Border.

As my 2000 trailer saga continues, I got the manual (scanned it and it should be on the manuals page if anyone is interested) l and it looks like at least the side marker lights that are on it could be original. As well, they are still available, so I'm just going to put new ones on.

I still haven't figured out the tail light situation 100%. The parts manual (which is 2 years older than my trailer) makes it look like there is a two piece situation, consisting of a socket with a pigtail on it, and a lens that covers the rear over top of it. That's consistent with the holes that are in there, and what it looks like in the shot I saw in the manual. I found something that I think will work here https://www.vintagetrailersupply.com/BAY15D-Bulb-Socket-p/itm-610d.htm

I snagged a NOS lens from the devil, but he only had one so at least I can know what I"m looking for. I think I can find lenses that might work, but I want one as a template at least.

It's definitely a different setup than what Myron had posted for the 1200 with the sealed one piece unit.

In other news, it appears the 2000 had optional electric brakes and mine has them. I have a whole new axle situation on order, but I might try and save the original stuff and see if I can get them working. I was looking forward to just slapping a new nicely painted undercarriage on there, but it won't hurt anything to clean up the old stuff either, probably with just some rust encapsulator and a heavy coat of paint.

Still working on stripping it down and repairing damage I can find. Could definitely use a bigger shop for this one.

Have found a few bolts that are IH stamped on the head though (although rusted beyond salvation), so that's pretty neat. 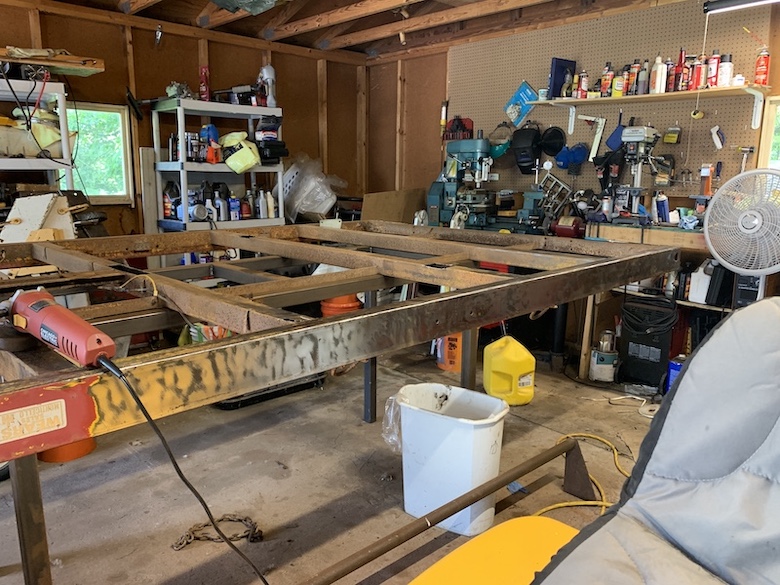 David R., wow, you are wasting no time digging in on that trailer. Nice progress.

Dennis - a little too big for my 129, I think. I'd have to use a power pack with it, too. I moved 4 yards of dirt off a bigger (10,000 lb GVW) dump trailer I've borrowed, took about 2 hours to distribute 2 yards, off loading into the JD 80 trailer, and spreading in back yard, it wasn't too bad a job. Can't run heavy load across my drain field..

Digger - OT Monday? Ignore the green, just think of it as another attachment for the 129..... 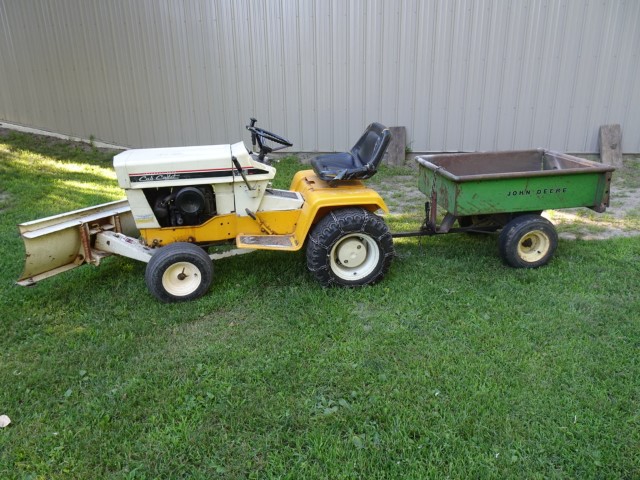 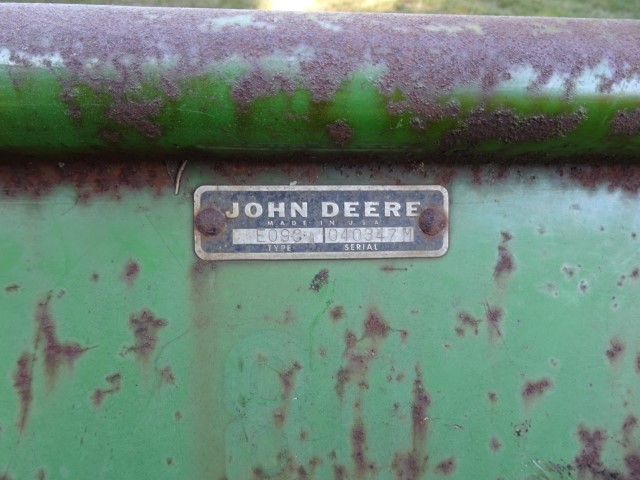 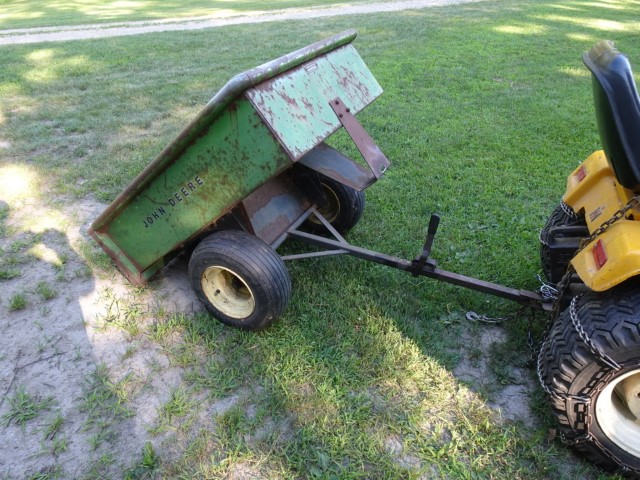 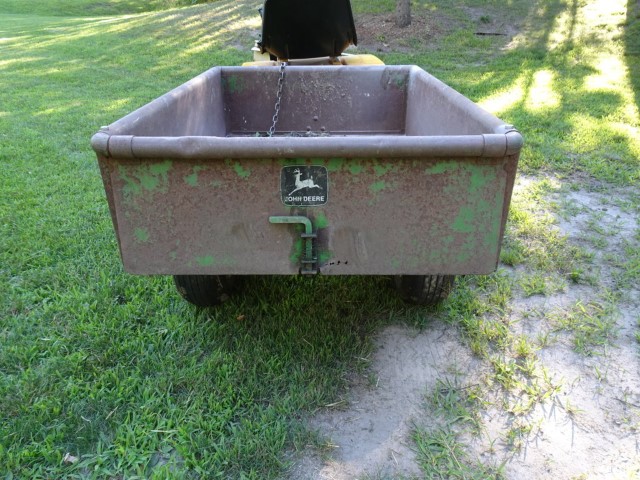 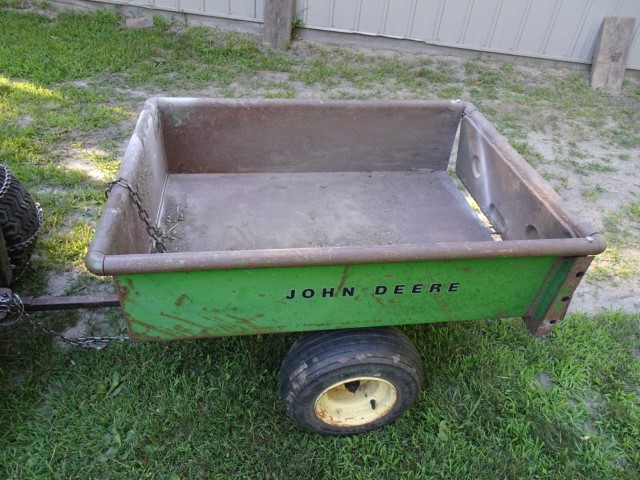 As I posted earlier, I bought this for my dad to use behind a little Huffy rider in 1969-70. The chain hanging off the back of the 129 had just been used to drag the big zero turn out of what I thought was the dried out corner of my front yard that still wasn't dried out. I swear that sucker will get stuck on dewy grass...

Need some advice on where to mount/secure my ground wire for the electric lift on my 147. Is there any specific spot or location? Pictures will be helpful.

Justin, here's some info from the installation manual. 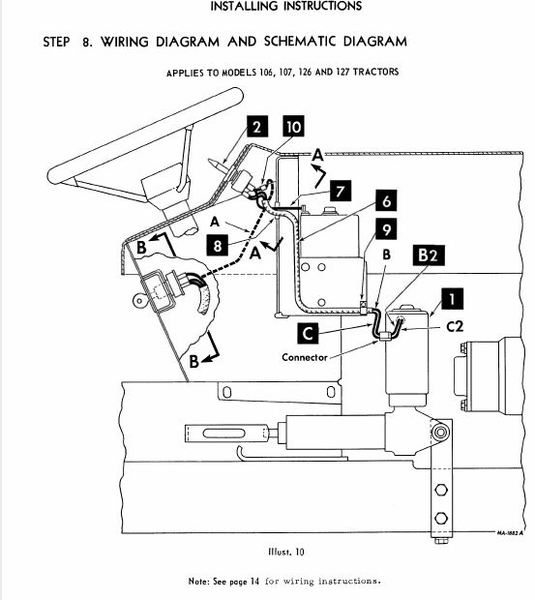 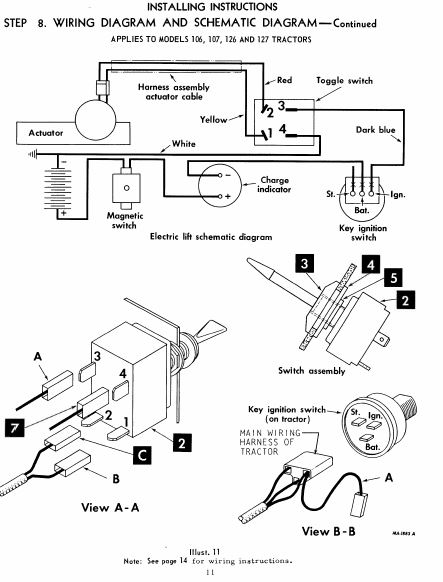