Here's the final version of the grille. Only a little work left to go. 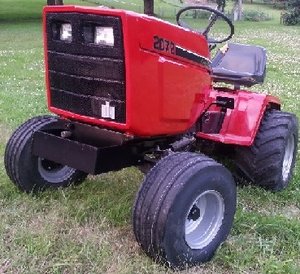 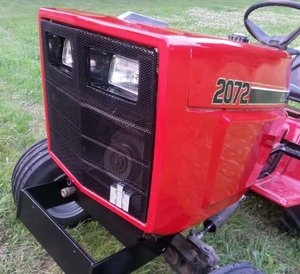 Is this what it is supposed to be loosely based on? 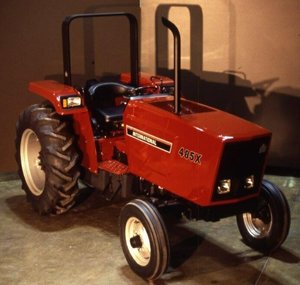 I'd have also located the headlamps lower, however, this being still a working unit, access to the PTO would have been blocked.

I'd like to think this is how IH would have done it, had they not sold off the division.

The model rationalization of the TRX program had the smallest model as the 485X (TRX42), so I'm not sure how IH would have kept continuity across model lines (assuming they'd go down the road of having Ag and Residential/Commercial paint schemes and model numbers). The 2072 nomenclature probably wasn't too far-fetched of a guess, being a 20hp 2-cylinder.
W

The grille retains the OEM springs for access to the PTO. The grille gets the three holes tapped that are made for the self-tapping screw (for the hood tilt lock). In mine I used the top screw as a means of tilting the headlight assembly for "aim". 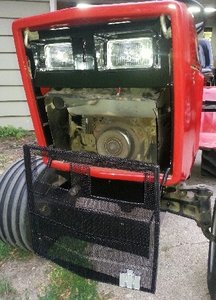 Headlamp units are a simple (cheap) headlight unit (glass housings only) with an LED bulb retrofit. A 55W H3 halogen is much overkill for this application (especially noting heat and vibration esposure).
Blazer Driving Lamps
W

Note .... gone are the days when an 82 series grille casting is "junk" without the tabs. You don't need them!
N

Hey Wyatt. How's the grill holding up to the exhaust blowing on the back of it?
W

Nic- it had held up just fine. I was waiting to trim the hole in it until I figured how I wanted the exhaust to exit the grill. That whole... measure twice cut once thing...
N

What are you guys using for the vertical mufflers that looks the correct size? I am wanting to do that also, but not sure what to go with that is that right scale and pipe Dia.

Nathan W. Or get a Gravely tractor muffler. Then weld a short piece of pipe to it. It actually will look more size appropriate to your Cub Cadet. I've seen some on Cub Cadets... Less overall weight to be hanging from your exhaust pipe. 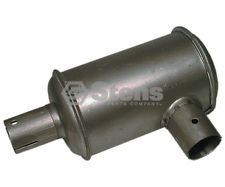 Thanks guys. I was wondering how much stress is put on the motor with the vertical mufflers. I was debating some sort of support for it.
A

Been working on some new stuff. Thanks for all your support over the years.

Have a new push pull bracket for the cyclops so you dont have to take your brackets off every other season. 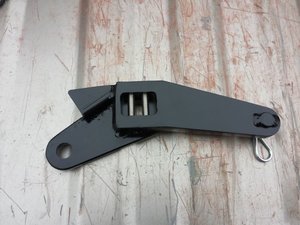 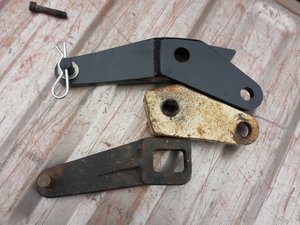 Also along with a new fender kit for the 70/100's we came up with a tool tray that bolts in place of the fender bracket that allows you to carry some stuff with you while plowing and having fun. The one shown is 1.5" wider than stock brackets to push your fenders out wider. 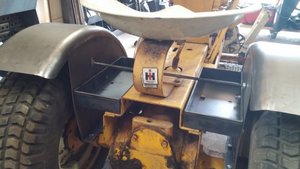 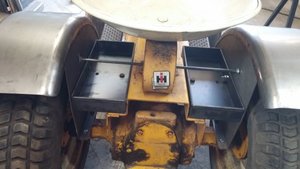 And the kits for the Cat 0 3 point tiller attachments are almost done. A sneak peak.... 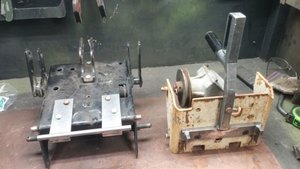 Aaron S. WOW!!! Those creations are fantastic. The fenders/toolbox kit makes me wish that I'd kept my 70. However a fella asked my my would sell it price.

Keep up the good work.

I saw this on FB thought it was cool. a Polaris 440 in a cub

Latest innovation-
Adjustable rims. All the same combination of parts mounts a 4.80-8 or 16x6.50-8 tire in a wide or narrow setting. Quite possibly a solution for a problem nobody but myself has, but a solution nonetheless. Finished product pictures forthcoming. 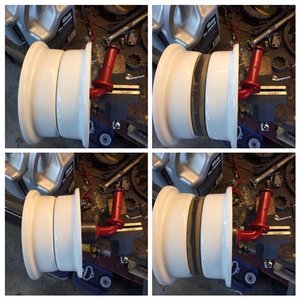 Building a Mini Super.It will have a rear end from 1872,front axle from a super power steering turn brakes,cat-o from a super,dual hyd.And a turboed D600 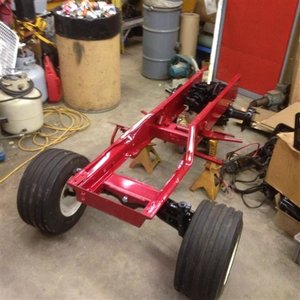 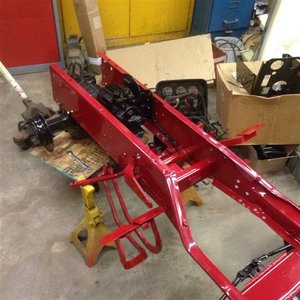 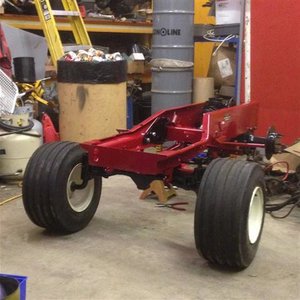 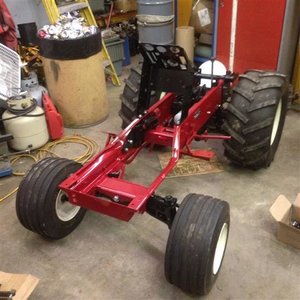 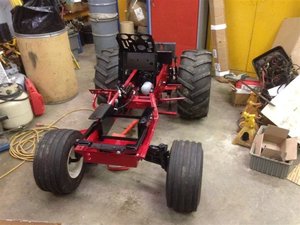 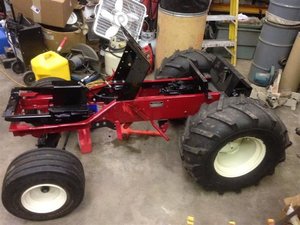 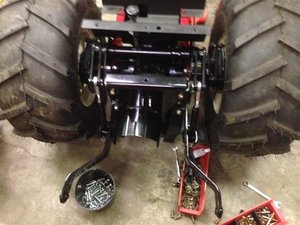