Larry K.
There is no snowblower that fits a narrow frame. ;-)

There is on the other hand a few snow THROWERS that work best.

The A throwers fit narrow and or wide frame tractors.

Larry,
A QA-36 or QA-42 are for narrow frames, some QA-42A's are adjustable for either width. If the thrower does not have upper links, it's generally for a narrow frame.
taken from my limited knowledge- Charlie will straighten me out..

And who's gonna straighten me out!

Thanks guys. I'm going to poke around more. Like I said, I have a gravel drive, but when it does snow hard I can't always push it far enough away so a THROWER would help.

Found a QA42A that is really clean for $175 locally. No rust, still all painted. 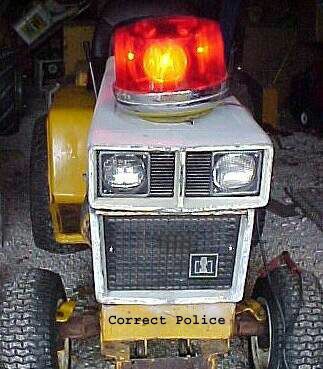 Kraig - hey thanks for posting all those photos of the PTO engagement rod assembly. I guess by now everyone has got the picture (so to speak).

Larry - a QA42A is a really nice thrower. If you decide to go for it make sure you get the T-bar rod that is used to rotate the chute, and the EYE-hole support rod that goes with it (The T-bar rod goes thru the Eye-hole). Also make sure you get the lift rod. It's a 1/2" diameter rod that's used to raise/lower the thrower. It's approx. 30" long for a narrow frame tractor and 28" long for a wide frame. If these don't come with the thrower they're probably gonna cost you around $75-100 if/when you can find them. If they aren't with the thrower now I'd work on the price with the owner.
(ooh, if you can't quite figure out the T-bar, Eye-hole, and lift rod well download a copy of the QA42A Operator Manual and you'll see them in a pic as Items 1, 9 and 10 on page 2).
R

Nice find on the 1712. Gee, how much weight did the PO have on it? Looks like a lot between the wheel weights and dumbbell weights on the back.

Ron S.
We'll have to wait til OTF or I can start a thread in the CCC/MTD topic section. ;-)

Hydro, I know the t bar was included because it was in the pics. Not sure about lift rod? I have the technology to make it. Thanks for the heads up. I can't call on it til Wednesday so not sure if it will still be available then? Good deals go quick. There are a few others but not as nice.

Charlie, I have that exact light sitting in my garage, maybe I need to mount it to my hood?? I took it off my big truck when I located a vintage Federal Signal 175 "hill light" a few years ago. I always wanted one and a local guy collects/restores emergency lights.
H

Larry K - you didn't ask if it was worth $175 and Charlie gets antsy with direct questions about a price (it's in the rules), but I'd work the seller over real hard if you go for it. I will say since it's snow season it's prime time for prime prices, and they ain't making any more of these throwers.
T

Hey everybody. Been a while since I've posted. First I just wanted to say THANK YOU tyo all of ya'll who have helped me to restore my 147 over the last TEN YEARS at least. Unfortunately, I had to sell it two weeks ago as I no longer live on 12 acres. Now I live back in the suburbs of St Louis for 5 years now, and had no need for it as we don't get much snow here, anymore.CHARLIE KRAIG!!!! Thank you both SO FREAKIN MUCH, for the parts and the advice. I LOVED MY IH CUB!! This site is the best and must NOT stop for the sake of all of us IH CUB CADET MEATHEADS. Thank you again for all you do. By the way CHARLIE and KRAIG, any of you gys on Facebook so I can, so called "FRIEND" ya'll? WOO HOO!!! KEEP IT GOING!!!

Tim T.
Send them to me and I'll fix'um for ya to post.

Charlie I see you are friends with Ray Weaver. I saw his Mack full of Cubs this fall at the big Gerhart equipment show in PA. It is all truck related, but I was checking out the load of Cubs he brought. I'm a Mack guy myself. 1959 B61.

I bleed Red ( Or I should say Reddish)Larry,
Here's my Cub hauler. 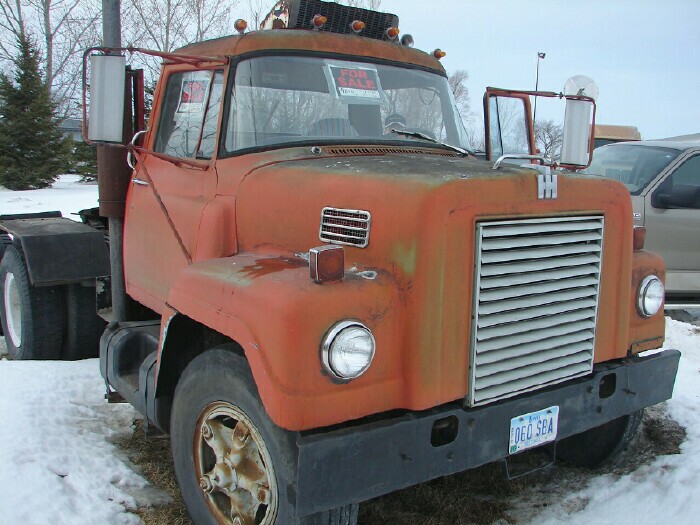 Here I am playing at a truck show doing exhibition pulls. I know this isn't cub related, so I won't go into much detail. I've had it 14 yrs, done a ton of upgrades to it(stretch-air ride, bunk, some paint, a/c, air steering, air starter, cruise control, motor). I use it to pull my 40ft race trailer. 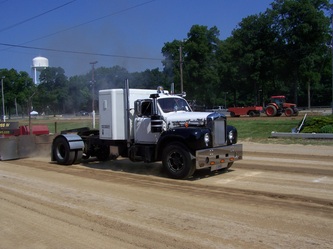 Are you freightrain on oilburners? That Mack and the mods look/sound familiar?

My Cub buddy Chad are I are nearly finished with a year long plus quest on rebuilding a 147 from nose to tail. The engine ended up needing a complete overhaul even though the PO said the previous PO before him had just had it overhauled a CaseIH dealer. Boy what a mess. We pulled the pan and discovered it had indeed been previously overhauled due to a thrown a rod! Discovered a small hole in the block behind the Starter/Generator, that had been filed from the outside with Epoxy. We believe a piece of the rod got wedged between the upper balance gear and block resulting in the hole. Also discovered damage to ~1/2 of the mounting boss of the lower balance gear mount which was gone and several gear teeth were damaged. The gears were also very loose on their shafts and wouldn't have lasted much longer before grenading. Also discovered the crankcase breather assembly installed upside down and w/o gaskets, just lots of silicon sealant. No wonder the block was covered w/oil. The valve side of the block was choked full of oily dirt so the valves weren't getting cooled well at all.

The block was bored out 0.010" and a standard size rod installed by the CaseIH dealer. They apparently didn't bother to notice the crankpin was out-of-round and below spec so the rod was loose on the crank with lots of slop which wouldn't have lasted much longer either. Ended up boring out to 0.030" OS, crankshaft ground and undersized to 0.020", appropriate new piston, rings and rod installed. Replaced governor and rod and both crankshaft bearings. Installed Kirk balance kit (in lieu of grenade gears), valves & seats ground, carb & gasket kits installed, head planed flat and small hole in block filled on the inside w/JB Weld (sorry Charlie).

Also need to give a shout out to Matt G for all his help on this project.

So my question for the experts, what is a good break-in oil to use? We used to use a non-detergent oil called Lubrite 10W from Mobil when we were in business years ago but can't find it. It is better to go with a 10W or 30W oil for the break-in period. Recommendations appreciated.
You must log in or register to reply here.
Share:
Facebook Twitter Reddit Pinterest Tumblr WhatsApp Email Link