wide frame means wider where it attaches< blades ect>.
Narrow frames is narrower than wide frame and only the sub frame is different in all Cub Cadet attachments.thats the story and i`am sticking to it (unless Dennis says i`am wrong (

WAYNE S. - I don't think if that 124 has ATF that it would hurt a GD rearend. The OEM manual said even 30W engine oil was O-K. The original CUB Farmall rearend was lubed with 90W gear oil that our CC transmission/rearends was modified from.

I even know of a few Hydro CC's that have used ATF.

Now I suppose We'll get the Great Hy-Tran debate fired up again and I'll get blamed.

Won't comment on my engine removal techniques. I've pulled K-series Kohlers by hand a lot, don't have room in the shop for a hoist. I call SON and have HIM lift the engines anymore. Or I'll use a loader & tractor.

I think I've asked this before, but don't remember the answer. What does the letter designation mean after the spec # on a Kohler engine?

If I ever drain this rearend I'll go back with gear oil. I think what I have now is 80w90. I do thin it with 30w some. I use that recipe for most gears including the power heads on my Gravelys.

I am finally sandblasting the frame of the 149. The weather has gotten a lot better so the hood/sweat factor isn't as bad. I still hate sandblasting though. I even thought about going to town and getting a Mexican to do it for me. We have a wonderful selection here.
F

WAYNE - I know what your saying about SAND BLASTING. I finally found a place locally that sells 100# bags of quartz blasting sand at a reasonable price and we blasted the snow blade with my pressure blaster. WHAT A MESS! If I had room I'd build a cabinent. I may have to modify my plans to make a collapsible cabinent that would hold a whole CC frame eventually. I did not design my shop to hold TWO FARMALLS, a truck, and three CC's, a LARGE dump cart, and all my power tools. It was only designed for one FARMALL, smaller truck, three Cubbies and NO carts. Work space is at a premium!

I'm not familiar with Gravely's, other than pictures, but I suppose whatever works in their drive train will keep a CC happy for many many decades.

The new Hy-Tran ULTRA is good stuff. I had a POS Chevy LUV pickup yrs ago that the manual 4-spd would not shift IF the miserable 4-cyl. gas engine would start under 20 deg. F with whatever oil was in it. A quick change to Hy-Tran of whatever version was available around 1978 fixed the problem. Ohhhh, Did I mention that the Chevy LUV was the BIGGEST POS vehicle I ever owned? When it ran, it ran O-K, but most times my '96 PSD F250 4X4 would get better MPG, start better, ride MUCH nicer, wasn't as loud, I can actually FIND parts for it. At least IZUZU painted My LUV the correct color, LEMON Yellow.

At least something GOOD came from that POS LUV, the AM/FM/Cass Pioneer radio My Wife gave me for my B-day to put in that LUV has worked flawlessly on my CC #72 since I installed it about 1981.

The landscaping work has hit a bit of a road block, more 90 deg. temps make work NOT an option for a couple more days!
R

149 refurb. The project is moving along and my parts list is growing substantially. I need to purchase a puller appropriate for the flywheel and can then replace the leaky seal. 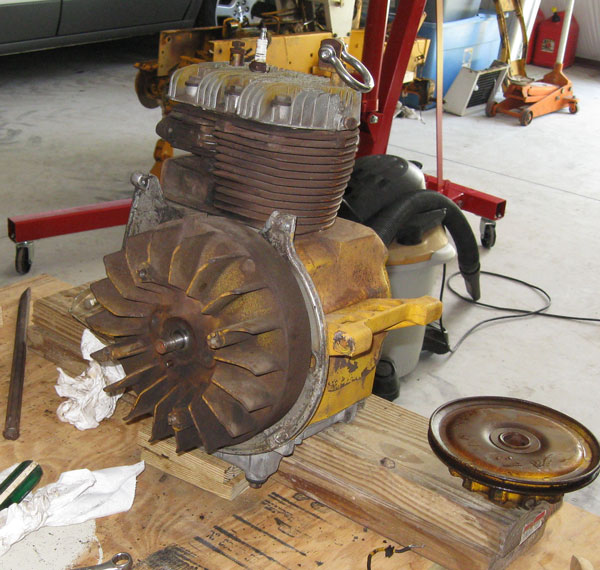 Look what came home with me this week. 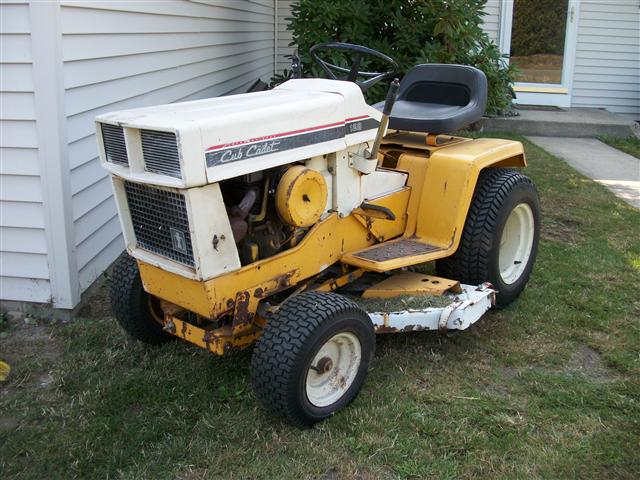 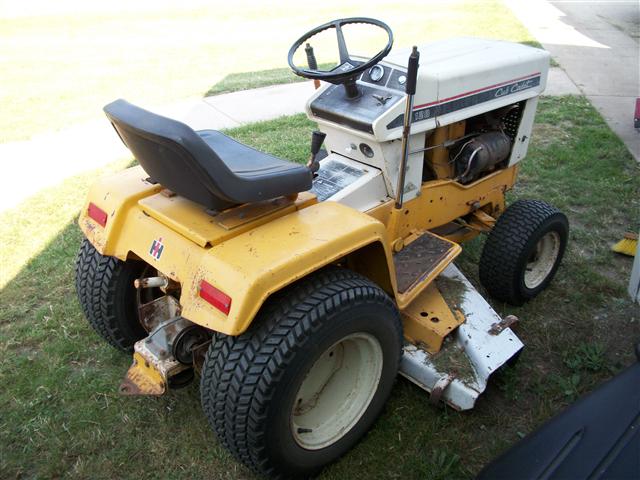 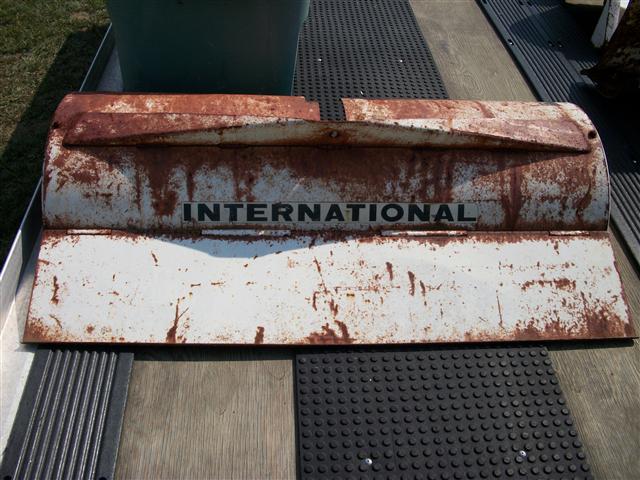 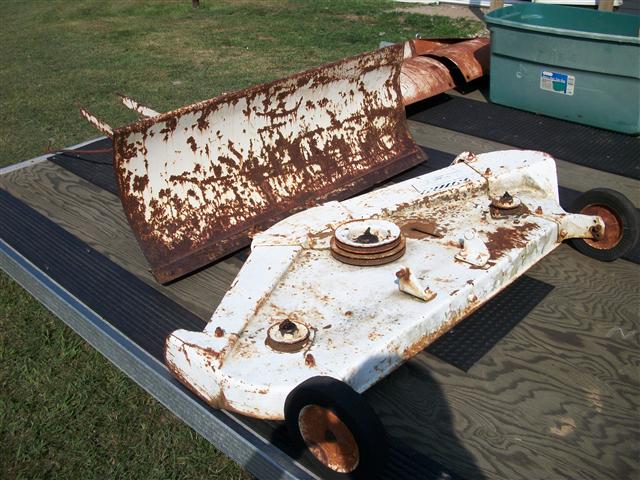 The tiller is in pieces, there is something that pulled away from the outside housing. I am told everything is there to redo the tiller. The extra deck is missing the baffles and has no blades. So far the tractor runs well. I just need to level out the deck as it is only level when it is down all the way to the skid shoes.
R