Is there a bolt or pin that is supposed to go in this hole on a 1450? Part of the hydraulic linkage under the tunnel cover. 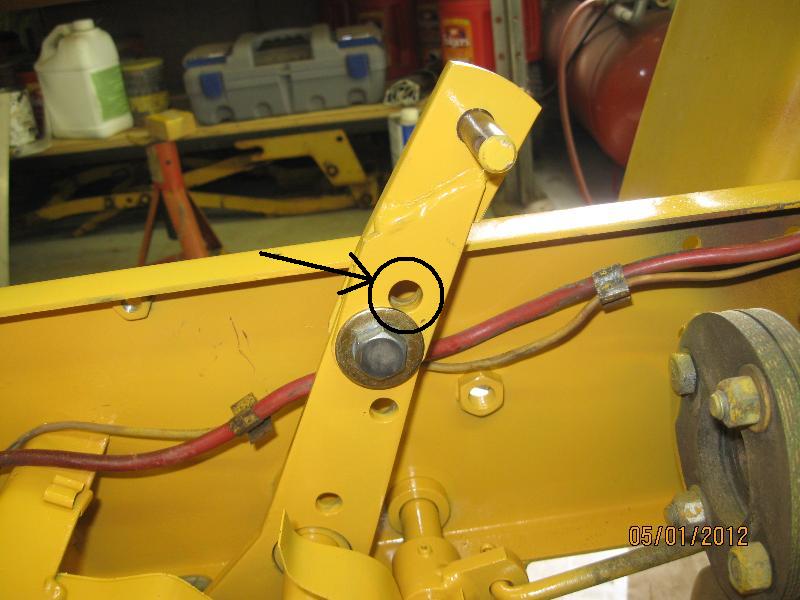 Norm, that is where your float lockout pin goes. It locks the linkages and allows for downpressure, using a snowplow etc...
R

Troy,
Here's my 100. An early morning pic. It's peeking out the garage waiting for an assignment. Alas, I had to go to work today. . . 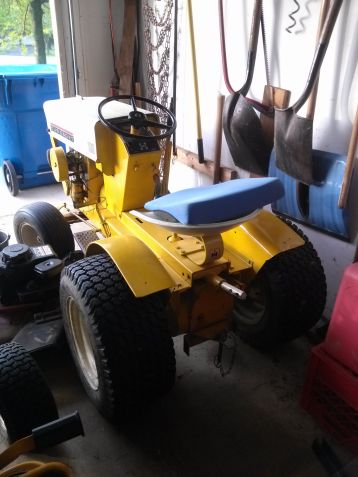 Guys, I have a couple questions I'm restoring a model 73 to use as my plowing tractor at plowdays was wondering if the electric lift off my 147 parts tractor would work on a 73 I know hydraulic lift would be better but this is what I have. I do have the lift assist spring if that helps. I also wondered if the 73 used the same rear tail lamp as the 70-72 models? Any thoughts on this would be great.

Cory F.
The electric lift was not offered for the 73, but you can make anything work if your handy enough.

You would have to add the attachment bracket to the side of the frame and change the rock shaft, unless yours had a hydraulic lift on it at some point.

IH did offer a bolt on bracket for adding hydraulic lift that might work for the e lift as well.

All Cub tail lights are the same.
R

I was cleaning my desktop at work the other day (as you can see, I got pretty far). 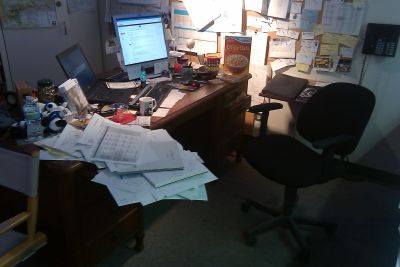 I dropped something on the floor, looked up, and was stunned to see the Man on Tractor logo. I thought, NO, can't be. IH made desks too. (Then I thought I must have put a sticker there and forgot about it). Well, I looked around at other desks here at work and sure enough, the logo was on the other desks as well. 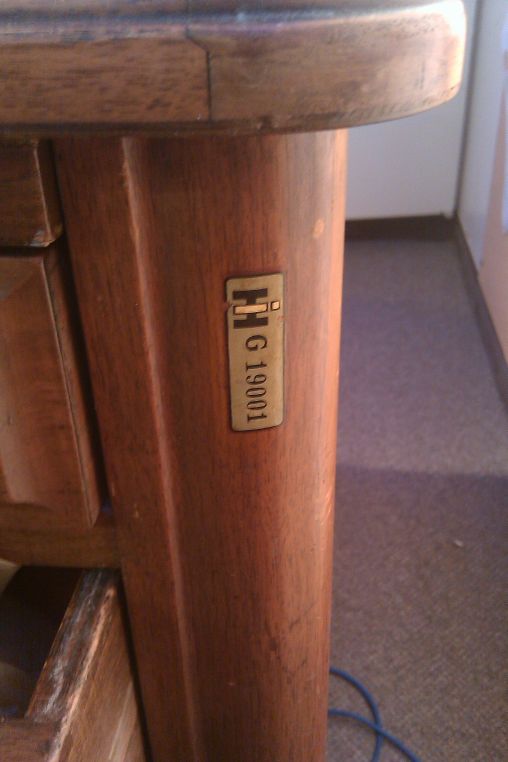 Charlie, would the rockshaft off the 147 also work on the 73? If so I could switch them out.I know the wiring would be the other thing that needs changed. I need a new wiring harness anyhow could I order one from a 147 and make it work perhaps?

Cory F.
It should work, but not ever having tried it, I can't say for sure.
No need to buy a new harness, it's not the same as a 73 anyway, just power to the switch and to the lift and you would be good to go.

I want one! LOL

SAY!
Surely we have someone out there that's running a 149/169 with a 50" deck with the speed up pulley that knows what the mower drive belt is that's fits that setup.
H

Ray L - I may be interested if the house is built in an "H" pattern and has a covered patio or walkway on the back (or even the front) done in red brick that sorta looks like an "I" shape.
(I noticed you listed a K341 in the Classifieds - are you sure that isn't a K321 from a 147?)
C

Converting the CC Hydro 782 from tractor to mower and hooking up the mowing deck I've discovered the PTO is choking the engine out when it is engaged. I've tried the PTO with the belt removed and still the engine chokes out. Any help?

No doubt an IH "company property" asset tag....at one time your desk sat in an IH office!!!

Harry,
You caught the error. Yes, it is a K321. My apologies to everyone. There's been a lot of talk lately on the forum relative to 169's. I even got a nibble on the engine but had to dash the hopes of said interested party.

As for the house I had to LOL. Hmmmm. Would you settle for painting the Man on Tractor logo on the bottom of the inground pool?

Is your seat safety switch still in place? (sit on seat and try)

Hotwire the PTO to the battery with a jumper wire (by-pass the switch) and see if it is fixed. The PTO switches can cause issues like yours if the contacts inside them get burnt or worn.

Steve,
Never thought of that, i.e., the sticker being an asset tag. I just assumed that IH made the desk seein's how they made other things like Half Tracks and Refrigerators. They did have wood working assets, but, maybe somebody else made the desks.
How a fleet of executive desks came to be property here at the museum is another mystery. There was at times communication exchange between the corporate barons. The McCormick's contributed heavily to the funding of collections of the museum at one time. The wife of Cyrus Jr. bought alot of Egyptian stuff, including a huge funerary barge from the time of the pharaoh--only four exist in the world.
K

I must be new at this!

Now I learn that there is a man on his tractor hidden in there!

Ken,
Ya gotta squint. But that's what it's called.

The story I was told is that IH hired a designer to invent a new logo. (Forgot his name). Said designer passed a farmer working his field on the way to the airport and inspiration struck. (Maybe he was cleaning his glasses and had them off).