I acquired a #2 tiller for my 124 last weekend.
I have the mount for the back of the transmission but i'm going to have to use the gear box from my snow thrower.
What i am stuck on is the lower pulley. I see the upper pulley is the same as the thrower uses. I have two of those pulleys, can i use that for the lower pulley? If not can someone give me dimensions of what i need?
thanks matt
D

Craig C. - seems like most of IHC's old plants attempt to be residential sites. I saw the comment in that report you posted that WP was purchased in '87 to become low income housing. FARMALL was planned to be a combination retail mall mixed with higher cost residential housing because of it's location right on the river. The East Moline Plant was also right on the river, plus every building was torn down in 2006. Last I heard was it was going to be used to extend the Ben Butterworth Parkway upriver further but don't know if that's happened. The Canton plant covers a large 30 acre area right on the south edge of downtown Canton. The town has the central block of the town as a park with retail stores on the east, north, & west sides of the park, the IH plant is on the south. An arsenist set fire to some buildings in'97, but many walls still stand. Like the outer walls, but most of the inner walls have been leveled.

The old IHC Broadview Parts Depot was closed and torn down also. It's now a strip mall, right across the street from a machine shop I did a bunch of business with and visited several times a year.

Bet there's dozens of old IHC sites that have been torn down.

Hey Steve,
Yep, got your email. Trying to move things around to make it over there. Busy time of year. I'll shoot ya an email either way by this weekend. Got my fingers crossed, though.

Denny- Similar story up here. The Former IHC Wholegoods distribution facility in the Midway area of St Paul is now "Court International", an upscale business park with lotsa potted plants, office cubes and cool glass elevators inside. CNH does maintain a small one story remnant across the street. On topic, one can find a reference to the address of this facility in the back of any early edition Cub Cadet operators manual from 1961-1963...

Newbe to the forum, and would like to get information about a 1970 14HP garden tractor. Looking at one with asking price of $600.00. Engine starts very Welk, of course looks like it has been well used. It comes with mower deck, but have not driven it yet,but plan to check it out Friday. Had a 10HP, year unknown. Came with hydraulic bucket and mower deck. Great CC,,that's why I am looking at this 1970. Any advice will be appreciated
Thanks

Holden M.
It's hard to say with no more info that you posted, but if it runs and has a loader, you better buy it!

Thanks Charlie and Matt G for the info. This is helpful but disappointing at the same time. This 124 was kind of a basket case with it and all the attachments. I was hoping the tiller would be easier than the rest had been.
this brings me to a couple more questions. Do you know what the lower pulley size is including hub length? My garden area is not big, 18x24 and 16x16, do you think the thrower box would work for that? Will different size pulleys change the ratio enough to make it work?
Thanks. I am not thrilled about having to spend more on this. Gear boxes I've seen for sale seem to be more than I paid for this tiller.

Buy and enjoy the yellow fever

welcome to the forum
H

Thanks for quick responses. No loader on it, just mower deck, but would be looking for a tiller and loader if I do take it. Could really use the mower here in Texas, since all the rain we are getting, grass grows so fast and I am tired of saying someone to cut it. Know I will be enjoying the forum. Thanks again!

Good morning to all....I have a thought..Has anyone put an oil pump in a KT17 Series I engine? If it can be done, opinions on if it is worth the time and effort.
H

Josh
Thanks for the warning, retired and busy enough. Don't need more work, but would like to work the CC over and try to make it work like my little 10HP did. Had lots of fun on it, and I should have kept it when I moved from South Dakota to Texas. Any way, thanks for the warning.
W 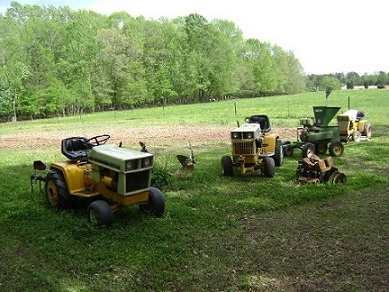 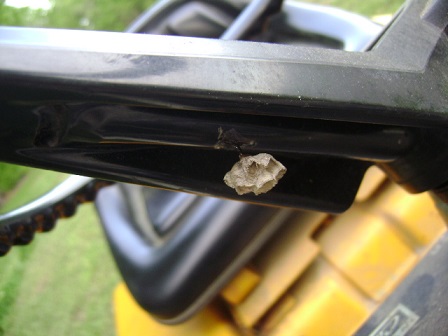 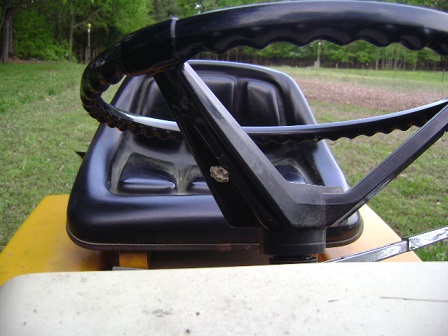 Wayne, your work crew looks good, it does not take them wasp long.

Hey Jeff,
Did ya find out anymore info on the 169 for sale up by Galena? Is going to Baker's Acres?

The KT17 I & II both have pressurized oil systems. The difference is the lubrication of the rod journals on the crank. 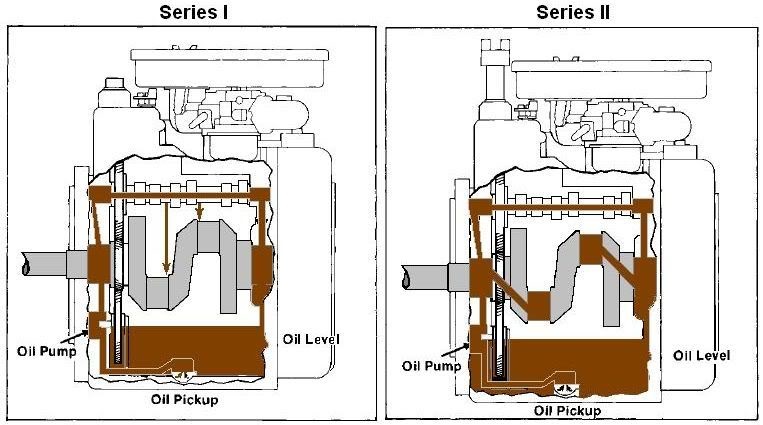 It might be impossible, but at a minimum I believe you will need to have a series II crank. I think the series I crank is hollow at the journals. I can't think of reason the II crank would not fit, but I have never done this. The oil pressure spring should be replaced/stiffened to help improve oil flow. I believe some II's have the location for a oil filter. I would look for a M18 or 20 to have on hand to replace when needed, just like the one in the back of by garage next to a spare hydro rearend.