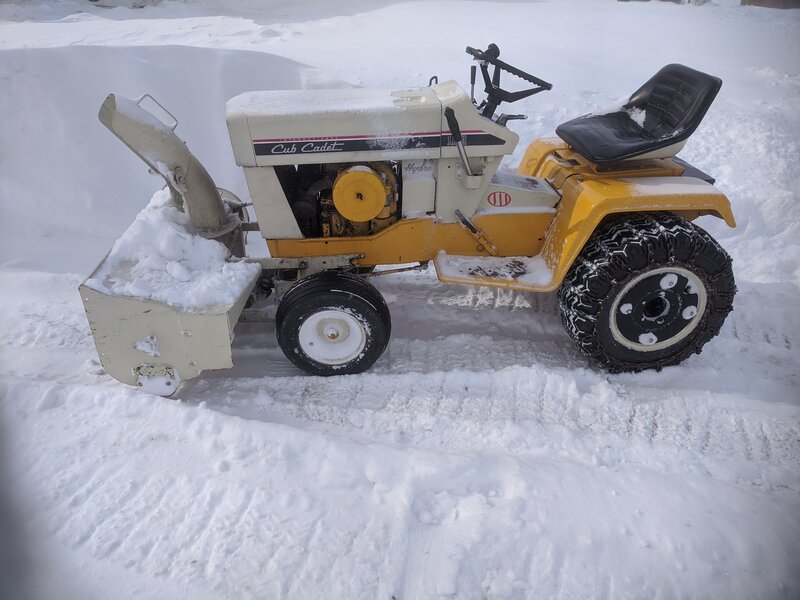 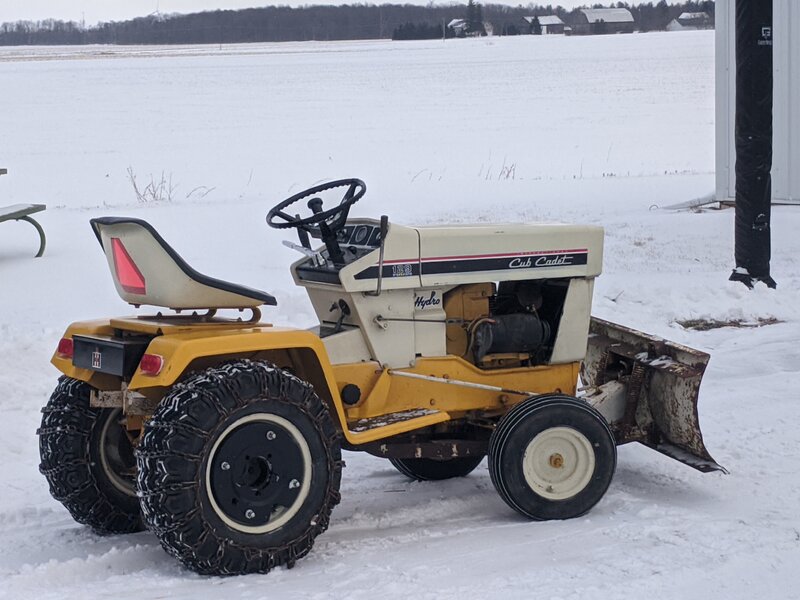 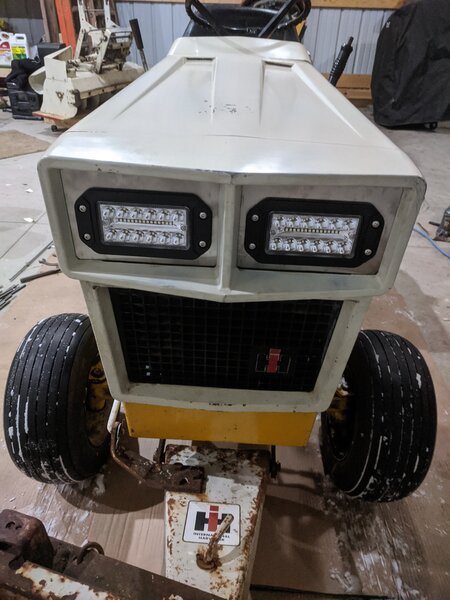 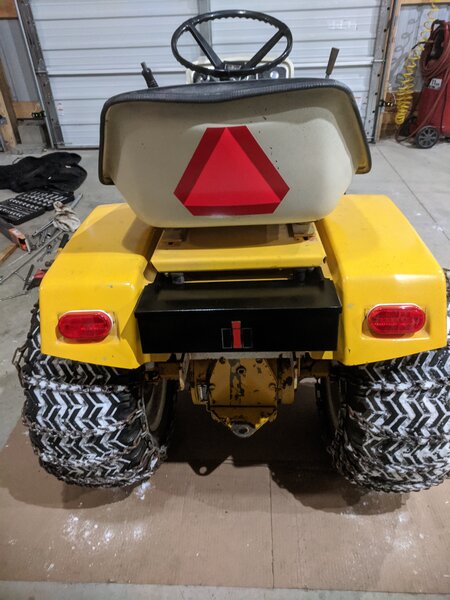 (Would much rather have stock lights but haven't been able to get myself to spend the money yet, I'm kind of a cheapskate.)

History: I bought this unseen without knowing anything other than it was a hydro and a wide frame model from what I could see in the blurry picture I was shown by a fellow co-worker. The mower deck and snow thrower were included also. He knew the seller and I originally passed on it but then he eventually came back with a price I couldn't refuse and the seller even delivered it. Turned out to be a fairly clean tractor. After getting it I did some occasional mowing with it around the perimeter of my place where it was a bit rough along the field and the roadside where I didn't like to use my zero turn. Then right before I was getting ready to clean it up and start getting it ready for winter the PTO clutch decided to let loose. I lost one of the bolts and levers and bent another. Then the clutch bearing had spun on the crankshaft wearing it down at some point during it's lifetime and thanks to this forum I was able to get it shimmed up and back operational with some help from my brother's. On top of all that I lost the governor at roughly the same time. One fly weight pin had backed out partially and the weight had become jammed. More than a few orders now have been placed with Charlie and hopefully I am almost done getting all the bugs worked out of this one. Replaced the cork gasket and got the hydro suction tube to stop leaking and just took care of my little engine oil drip until the next leak appears. The driveshaft cover side panels were missing so I ended up making my own using my brothers 149's side panels for a pattern. Definitely learned a lot along the way and still learning with this project. 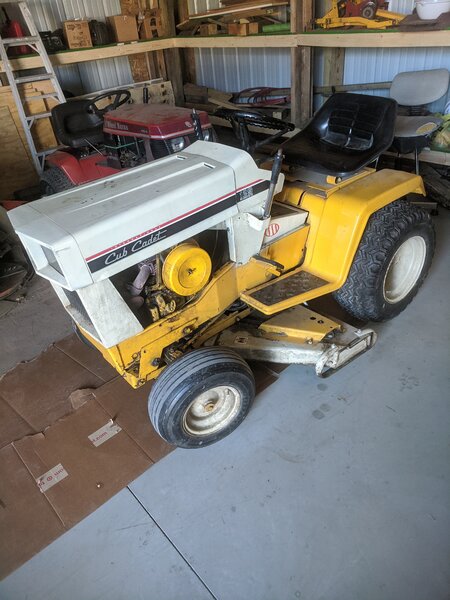 (Picture right after it was delivered)