1st one i seen with a pulley cover.

I think they were plastic and didn't hold up very well.
Les had to fab a new one for his unit.

Do they get brittle and bust ? Other than something hitting it i dont see why they would be broken. Can you get the belt off / on with 1 installed ?
L

The cover that came with my 450 was worn by the belt, And cracked. The blower was not installed right on PO's tractor. So the belt and pulley were not straight with each other. 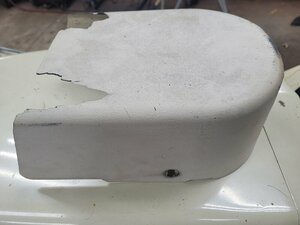 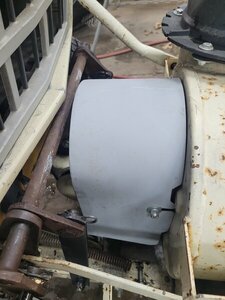 It is steel sheet. I believe 14 guage. It's a really close copy of the original one with the exception of the slotted holes to mount it. The plastic one just has 2 holes and is flexible to put it over the mounting bolts.
L

I will lay the original out on paper with some measurements and post it.
L

This is what I have. 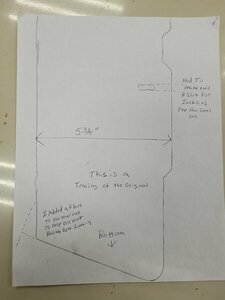 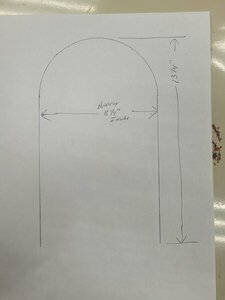 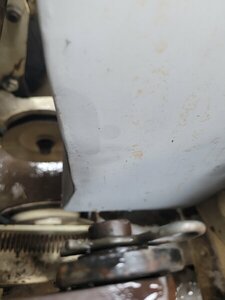 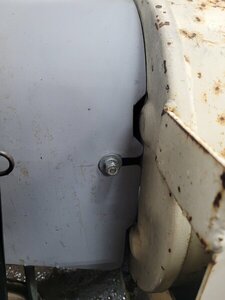 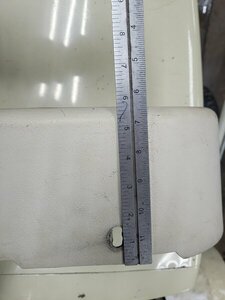 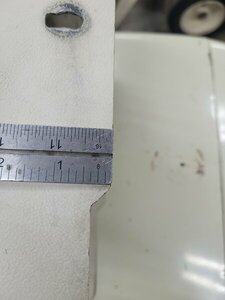 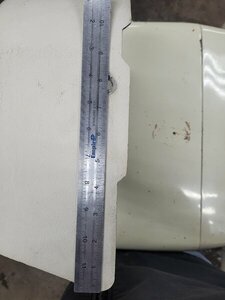 Thanks nice work I might try, mine looks like your original one, was going to lay fibreglass over it but will probably go the other direction all they do is stop the snow from making the belt slip and people with no common sense from losing digits LOL thanks again

I found another blower that appears to be a 450 or 451 but has a metal rounded shute on it, Anyone seen 1 with that before ?

If you're referring to a chute like this, then yes I have!lol 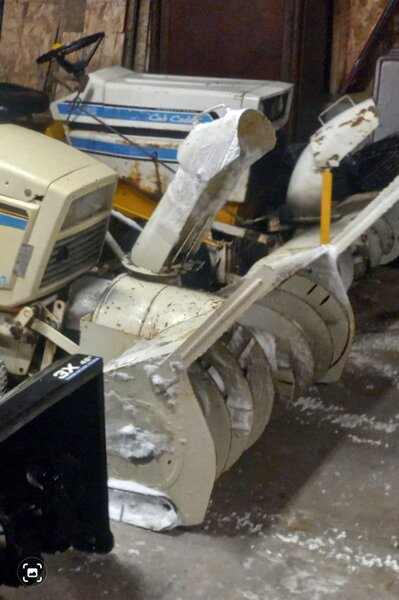 Yes , is that a Factory cub cadet part ? And what model # is that please ?

I can only assume it's the factory chute, all the paint matches perfectly, as far as color and wear. I'm 99% sure it's labeled on the tag as a 450. When I go out to the shop I will verify, and correct myself if I'm wrong. The thing is an absolute snow throwing BEAST though.

cubs4lifeofme said:
Yes , is that a Factory cub cadet part ? And what model # is that please ?
Click to expand...

I'd be willing to bet it is an early production 450. The bean counters at MTD probly got involved and decided a plastic chute had higher profit margins. Now I'm curious, and am gonna try to find a definite answer.
G

It is an early production 450, 100% identical to mine. Even down to the lift arms, the top hole is not elongated as with the later 450's. It's my believe that they changed that to allow for float of the blower. The hole below that is elongated and used for other than SGT. I bought the updated lift arms from Extreme Motorworks along with the heavy duty skid plates. Also the later productions have a 2" roll to the top lip rather than a 1/2-3/4" lip. They are very much a BEAST for blowing snow, just like Jay said.

My parents had a 2072 with a 450 snow blower that had the metal chute exactly like that. They sold it and the 2072 back in 2004. It was used to clear a rather large driveway and some area around the pole barn and detached garage so it saw a lot of use and it shows. But, as both Jay and Gary posted above, it was a beast. 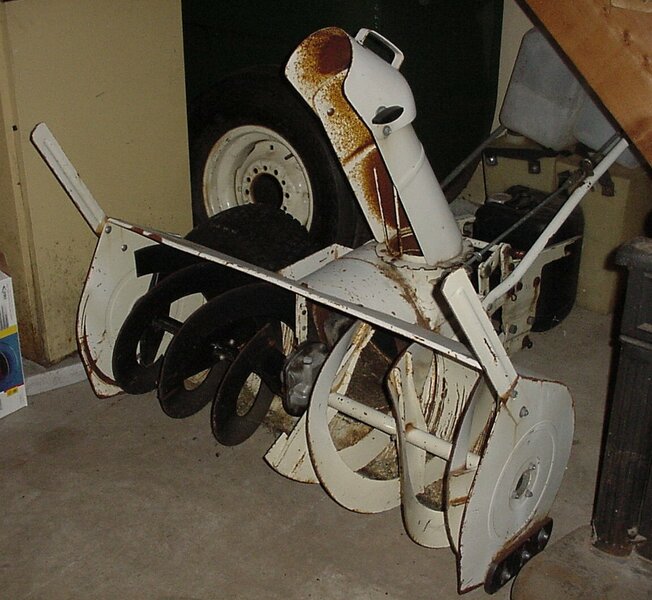 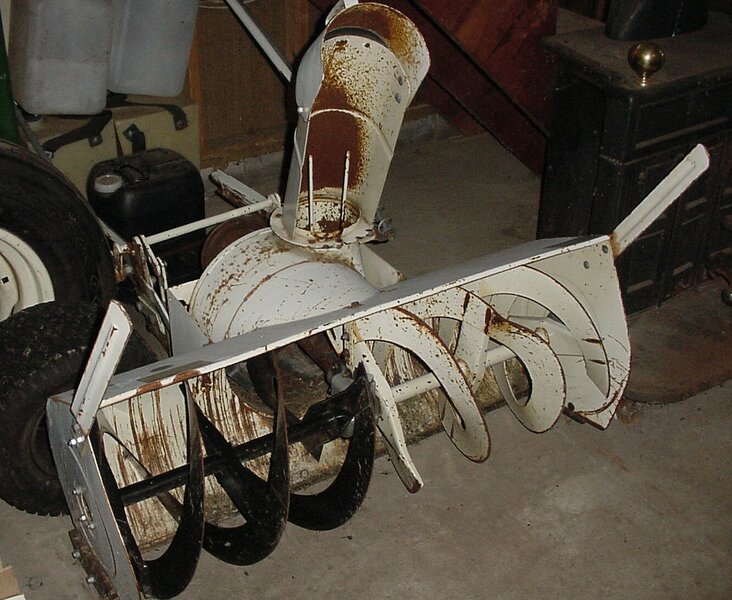