I decided to completely go through the deck for my 782 while the spindles are out. When I brought the 782 out here, I cobbled together a deck from a pile of several partial ones, and left the good ones for my Dad. This deck worked fine, but it has cracks in the usual places, and I've been wanting to get a belt cover put on it. Since this deck started as a 44LT deck from a mid 80's lawn tractor, which has the same shell as a 44C/44GT but a few extra brackets, the 44C belt cover wouldn't fit. Tonight I disassembled the deck: 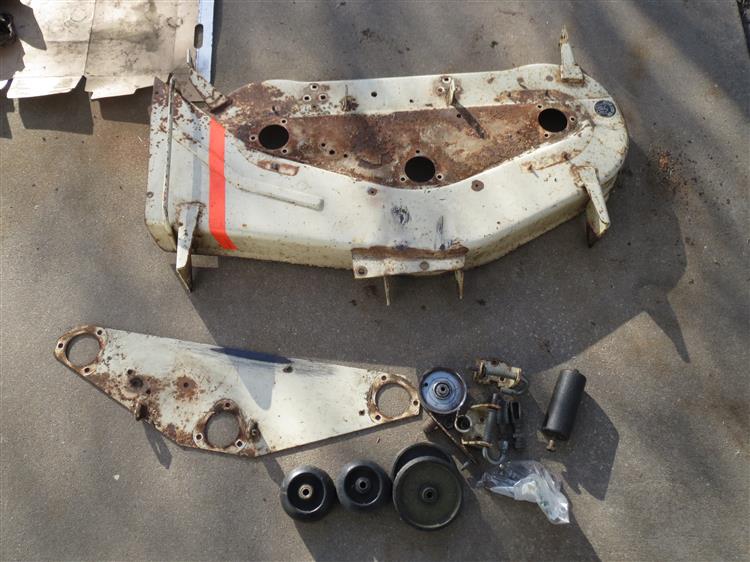 I bagged all the hardware so I can make a list and get replacements. Three of the four gauge wheels also need new bushings. The next step was to cut off the two extra tabs on the deck shell and two more on the reinforcement plate. There were also two extra belt cover studs for the smaller covers the 44LT uses. I'll have to weld in three more for the 44C belt cover. The holes are there, but there is nothing in them. 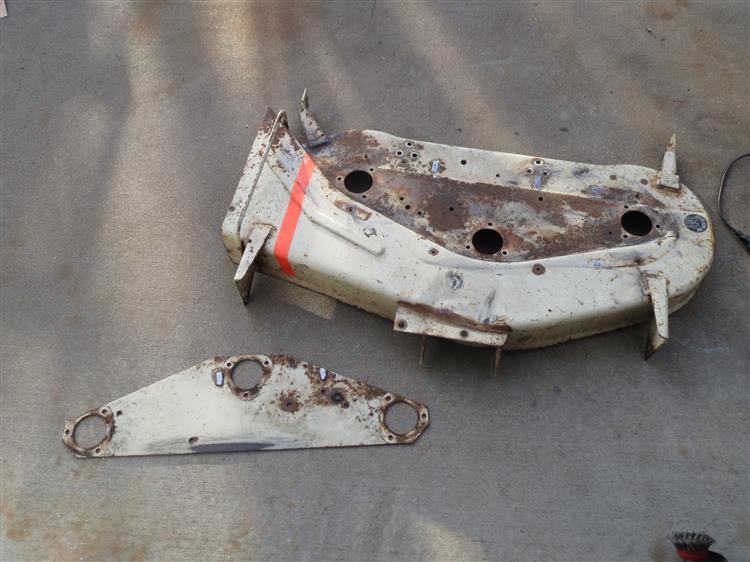 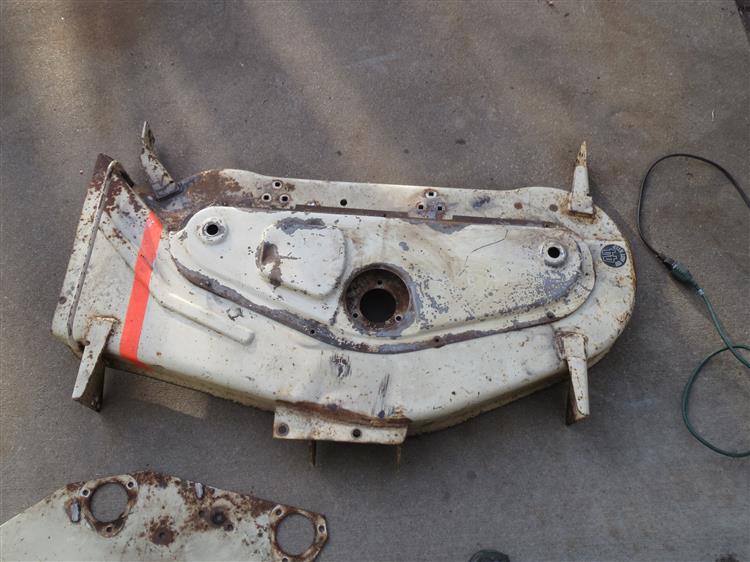 A few weeks ago I started piecing together some newer spindles for this deck. What started this was my Dad needing a set of quieter spindles for something, so I pulled mine off of here and am swapping them for a set of aluminum housing spindles from a 2185 I parted out years ago. They are the modern replacement spindles for the 44/50" decks, and somewhat universal. The housings, bearings, and most of the parts are the same between models, but the pulleys and spindles shafts are not. I have figured out how to modify the 2185 spindles (which appear to be far cheaper on the used market) for use on 44 and 50" decks. More on that later...
E

Thank you for posting this deck rebuild Matt! I have 2 44c decks and one needs a complete over haul whenever I can get to it.
W

Haven't made much progress this week other than painting the underside with the black Rustoleum paint-over-rust stuff that I've used on a few decks and other things that are impossible to get clean enough for normal paint to stick. 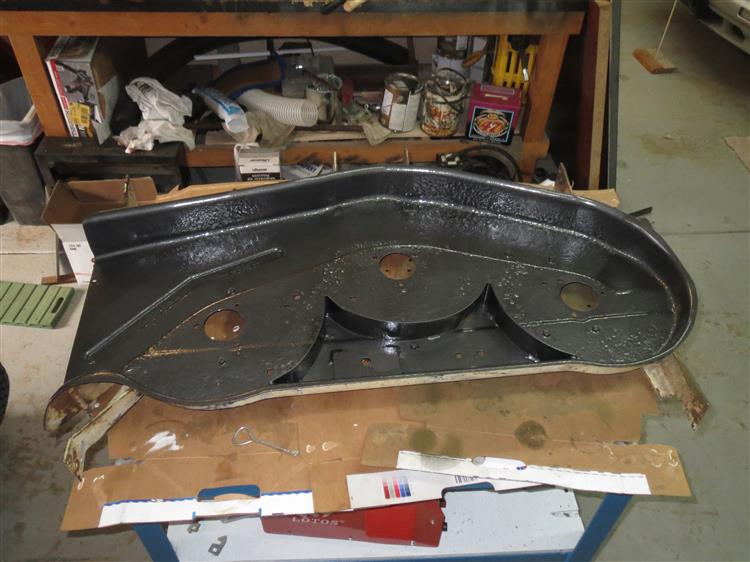 I had hoped to get the outside of the deck shell primed and painted this week, but now it's hanging back on the wall waiting for another large project to get finished.

Consider adding a second center roller in the rear of the deck when you rebuild. Makes a 44 almost scalp proof. 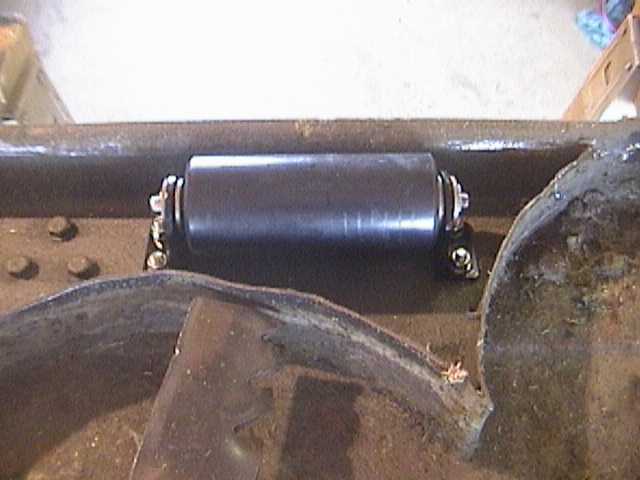 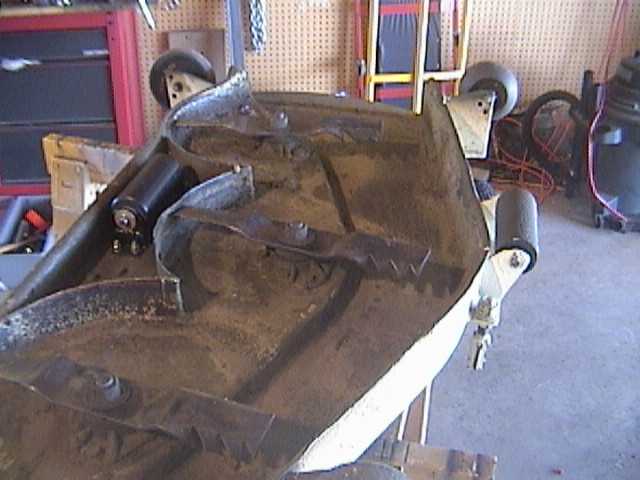 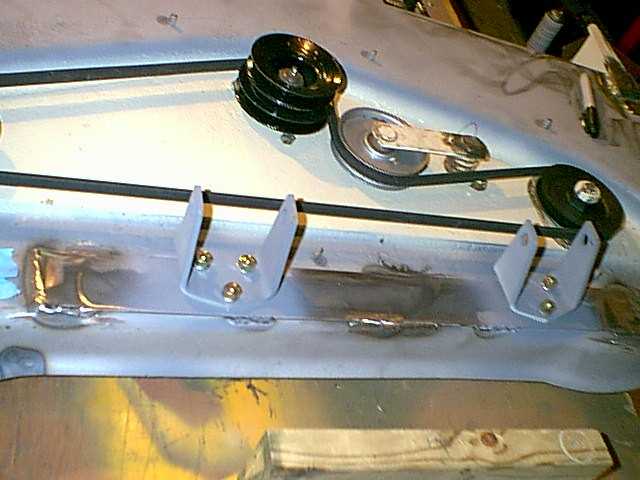 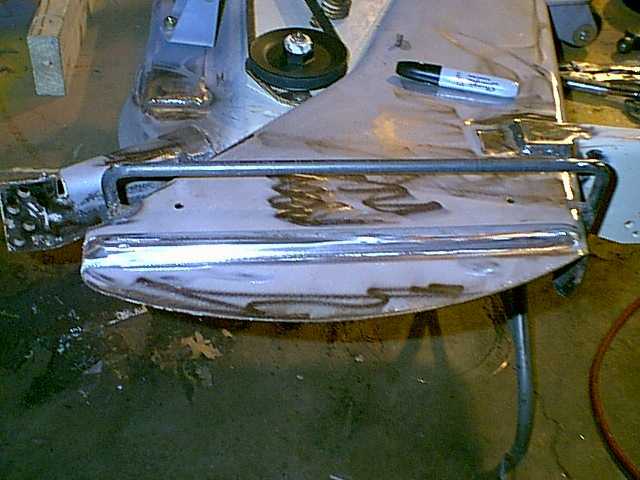 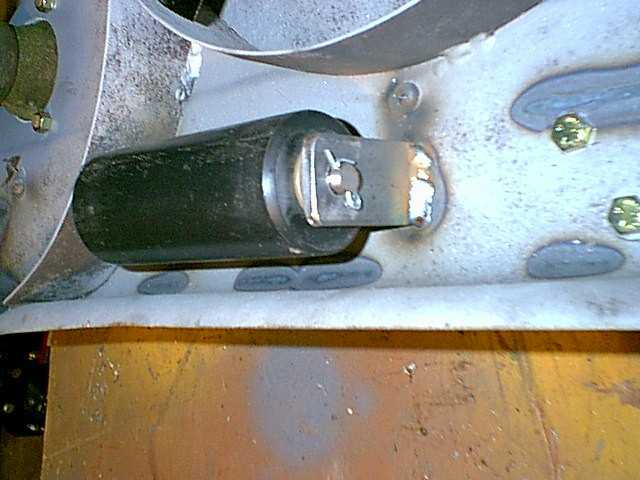 Thanks Steve. I think I may make some bolt-on brackets for a rear roller in the future, but right now I'm in panic mode. We've had an early, fairly warm spring, and the grass is growing. Today was not the idea temperature for painting (high of about 47) but the next 6 days are supposed to be windy, so it got done. Ugly, but it's a worker. Hope to have it back together so I can mow soon, as it's going to need it... 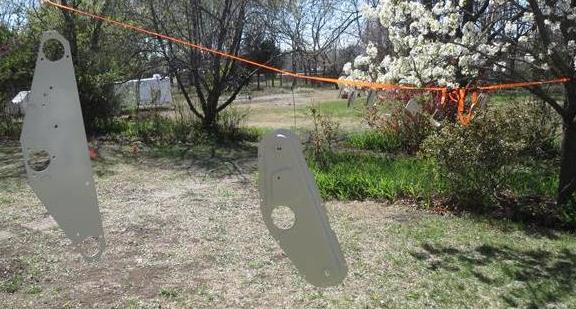 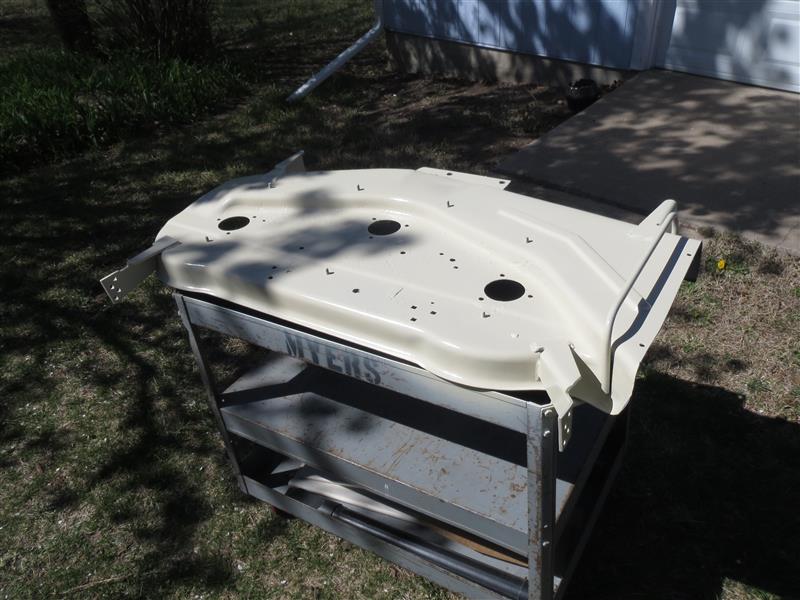 What is the belt length on the 44c deck. Thanks in advance. Andy

Andy Schulthess said:
What is the belt length on the 44c deck. Thanks in advance. Andy
Click to expand...

Depends on what tractor and how big the center pulley is.

Welcome to the forum Andy!
You could introduce yourself in the introduction thread, and we would love to see what cub you have.