Thinking of swinging by there this weekemd.
Anybody gone to it before?
At the Columbia CO fairgrounds in Portage, WI
AKA Veterans Memoriall Field

Dave,
Try to get ahold of Steve Shaff. I believe he ran up to that show last year. He'll have some more insight.
K

I have gone to both shows. About doubled in size from first to second year. Nice swap flea market.
Large grounds plenty of parking. All different brands and some real old stuff last year. I plan on going Saturday.

Sounds good, Ken! Thanks!
I'll only be there Friday PM as we are enroute to MPLS area w/a stop at Colfax, WI on Sat to look at Cub haulers at Johnston Trailer.

They build a really good looking unit and I'm mighty keen on the yellow one pictured on thier home page. www.johnstontrailerco.com
D

Friend told me they're one of THREE trailer builders in Farley,IA.

Nice showing of Cube today at the Potage meet.
But not enough to out weigh the turnout of Allis, Case, Ingersoll and Colt! Lots of those plus a few odd balls I have never seen before.
Here are some of the Cubs and a pic of the classic grandstand at the fair grounds.
Free admission on Friday (1/2 day only we were told on the admission, entrance fee collected on Sat & Sunday) and free display space for show and swap as well as $35 camp spaces for all weekend and WI Dells is only about 1/2 hour away.
Enjoy! 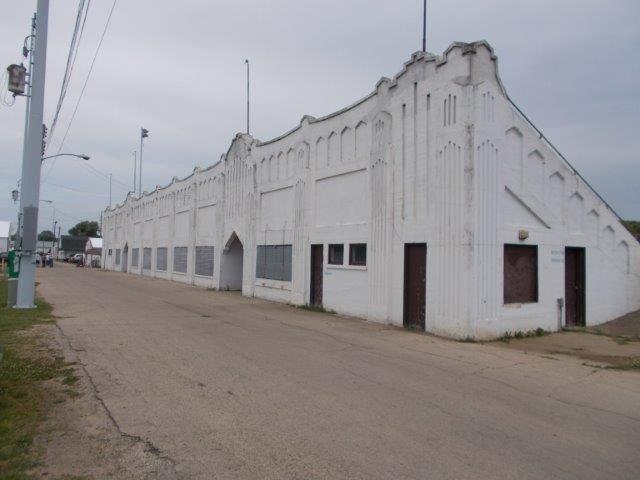 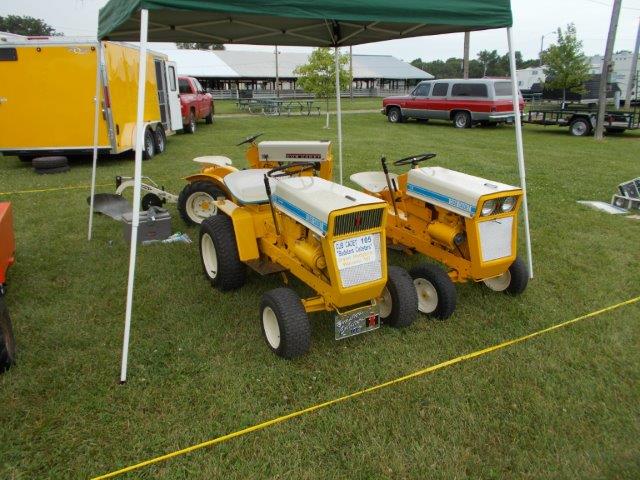 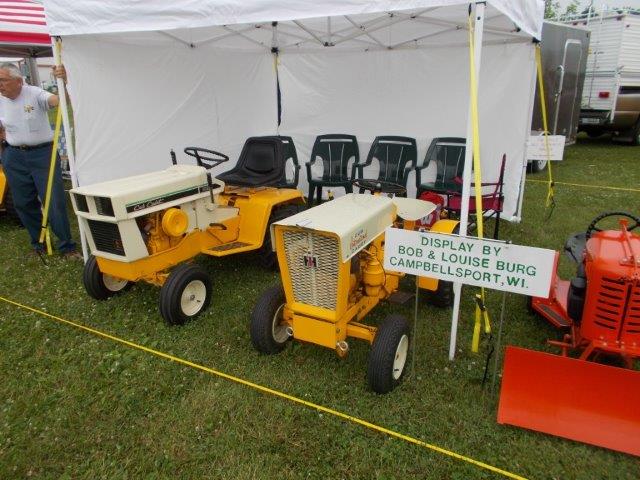 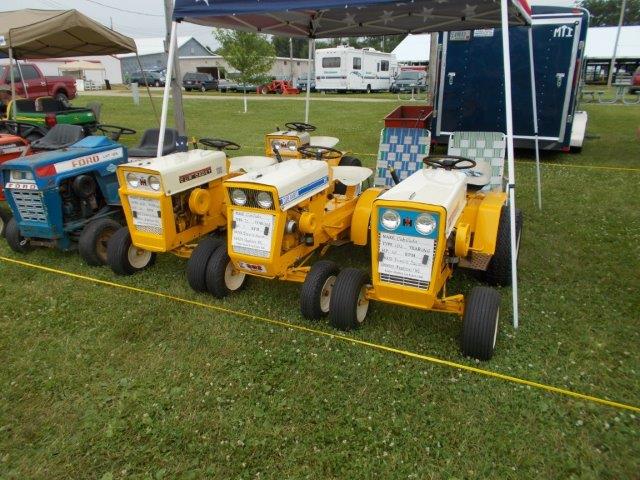 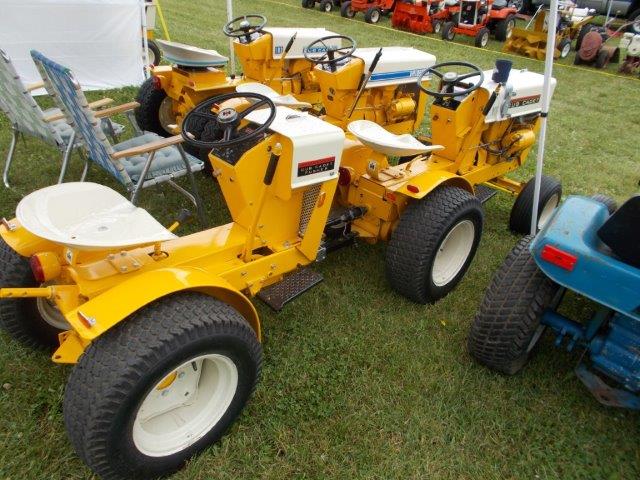 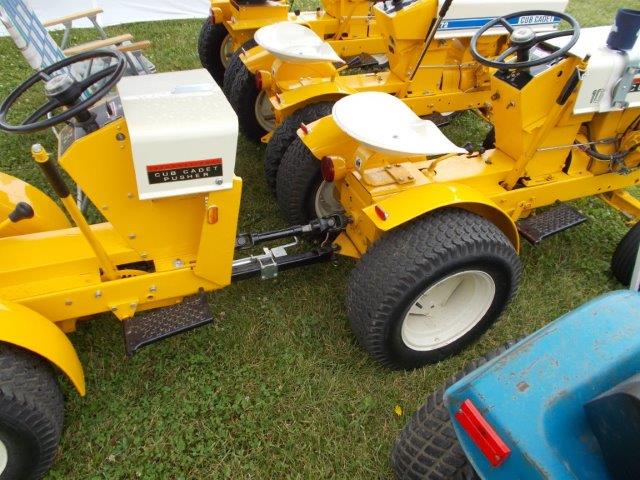 And some of the weird but wonderfull! This fellow from Buffalo, MN had all these displayed. 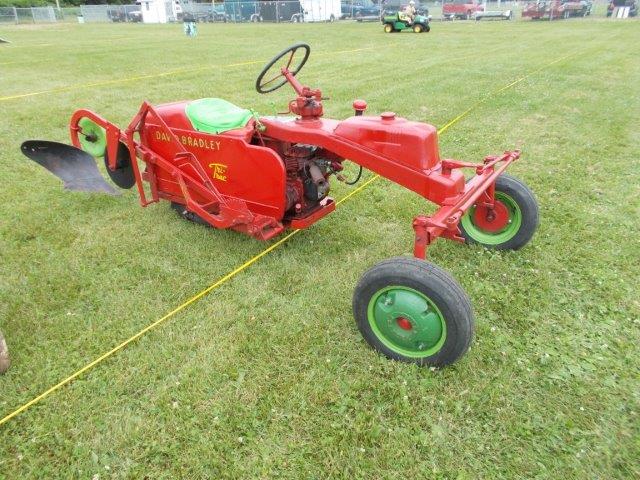 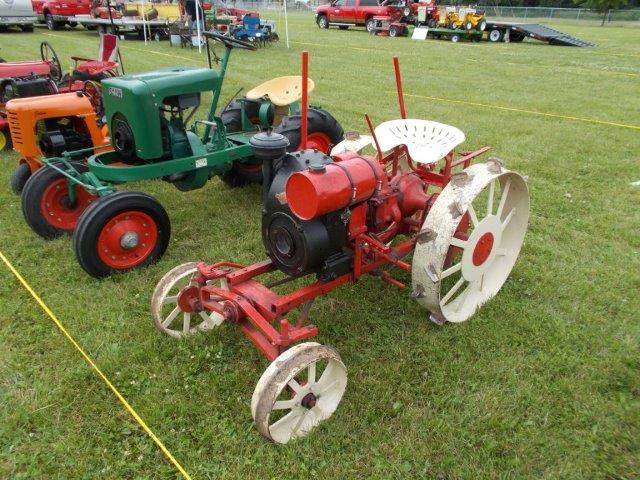 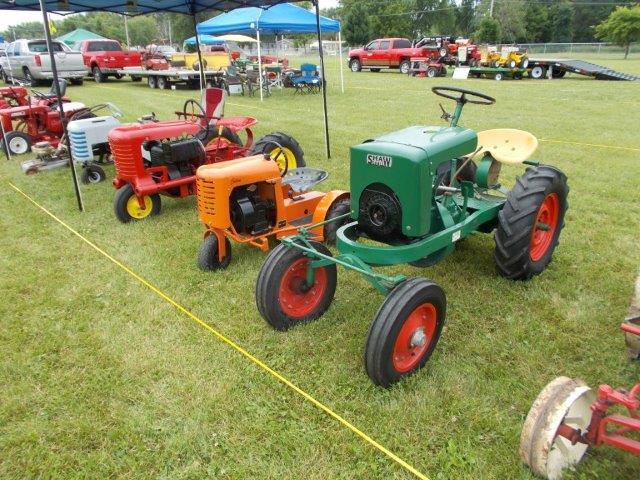 Thanks for the pics David,
The 2 cubs with a connecting drive shaft is intersting
D

They're from Chebanse,IL, just south of Kankakee, ground as flat as a pool table, but pulls pretty hard... just like the ground down at Rantoul AFB, Half Century of Progress.

Those tandem tractors were common in some areas of the midwest 50+ yrs ago, tie two row crop tractors together and plow, disk, whatever, then still be able to cultivate or mount a picker later in the season.

But on that "Tandem CC", where's the other engine? In effect, he's just made a 4WD CC.