That color looks very close to what David posted in his pics. That is the MTD part number for 935 white, so it should be correct.

Your hood is VERY faded. Look at the condition of the decals.
P

jerry.a.johnson said:
@Paul Turner....Ha ha! Actually live downriver from "my" hot springs and get teased about that and the campground quite a bit. And I look a lot like the few pictures that exist of the old trapper that area was named after. I've been to "my" hot springs numerous times but always for business, not enjoyment so I don't have any good memories of that particular place. One in particular was a college kid who went there in the winter to commit suicide. He shot himself in the water with a handgun pointed upwards under his chin. The bullet went up behind one eye and pushed it out a little and never exited his skull. He never lost consciousness and talked to us while we packed him out on a gurney in knee deep snow. But the self inflicted lobotomy scrambled his speech so much that he was talking in sentences of unrelated words. Don't think he knew where he was or who he was. Last time I talked to his dad the kid had had a number of operations, and they still weren't sure what he was going to be like.

That and other worse stories, , are why I tend to avoid those springs if possible! There are some nearby springs, like Stanley Hot Springs, that I have soaked in and enjoyed on backpacking trips. Bit of a hike though at around 5 miles or so.

Regarding the axle that was my first thought...welding...but figured maybe there was something I was missing there. BUT I have found a used one for $110 including shipping (if the order doesn't get canceled, the axle doesn't get lost in the mail, etc.)

Here is something else I discovered. Cub Cadet White (Iron Gard) is not the same white or even close to the original paint on my 1650. See pic below. By looking at white areas protected from the sun, like at the top of the tower under the cowling, I have a pretty good idea what the original color was. Don't get me wrong...I like this Almond color better contrasted with the Marigold yellow color. But am I missing something? Are there two Cub Cadet White colors? I've only seen one white color offered (like on Digger's site).

I ordered a few rattle cans and in the last few days got rid of all the rust on the front wheels and painted them. My original plan was to get rid of all the rust I could find, touch up where it was needed, and generally leave the nice old "patina" alone. Because of the extreme difference in paint colors, that plan is now out the window. Still pondering on how I will move forward.

I did some wheel and touch up on my 1650 this summer. The Iron Guard IH 935 was a spot on match for the white. Years ago I repainted the mower deck not knowing the hue differences and used an Iron Guard "power" white. It's white alright, though not a bright white. It actually contrasted nicely with the rest of the tractor.
J

Made my choice on paint and have been busy since the last post. Work overwhelmed me a few weeks ago and everything came to a screeching halt. But back at it this week off and on. This "new" axle looks much better...especially after wire wheel, sandblasting and paint. 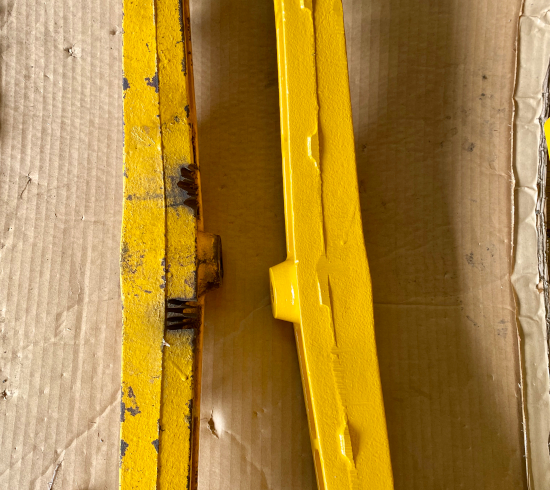 And today was good fun...Recoupling Day! 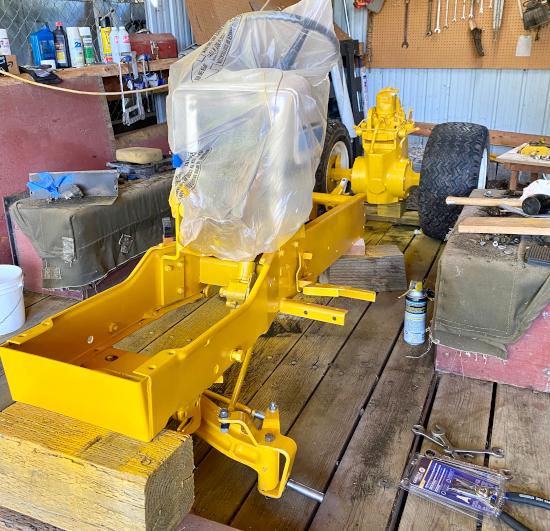 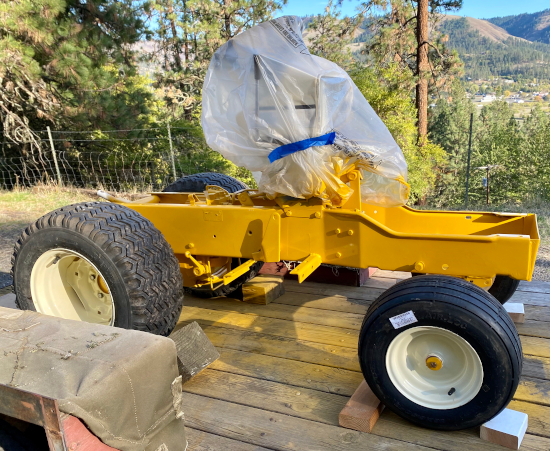 Rear end all cleaned up. Probably original lube and it was gooey. Cleaned out good, new gasket, torqued down and ready for the new expensive Hy-Trans. Noticed a little dirt on the three point attachment after I took the pic but Ava's rear end looks better than ever! 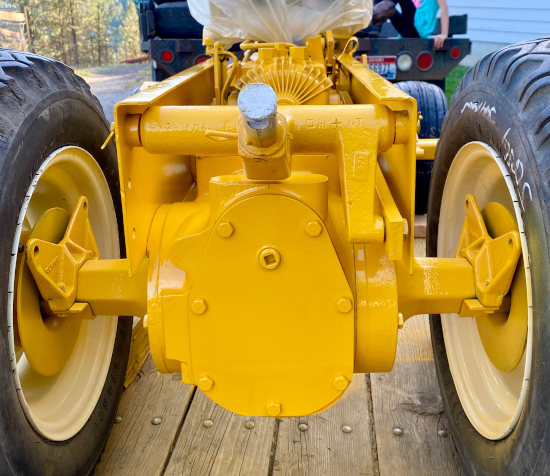 Next will be more linkage that needs installed, external brakes need cleaned up and re-installed, disassemble the steering box and check that out as well as install a few new tweaks, then the wiring, and then to dropping the engine in. Lots to do but feel better about where Ava's headed. I can always look back at pics like this one to feel better about my progress. 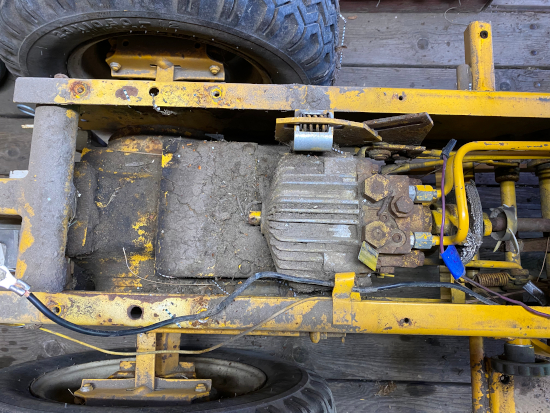 jerry.a.johnson said:
Rear end all cleaned up. Probably original lube and it was gooey. Cleaned out good, new gasket, torqued down and ready for the new expensive Hy-Trans. Noticed a little dirt on the three point attachment after I took the pic but Ava's rear end looks better than ever!
View attachment 146116
Click to expand...

Always great when it all starts to come back together!
S

@Stevenovick1 ...I'm guessing because the paint inhibits the heat dissipation. I thought long and hard about that but saw some pics of them painted so decided to go ahead and paint. I should have asked on here first. I will get it stripped off.

B
Hello From Tennessee,